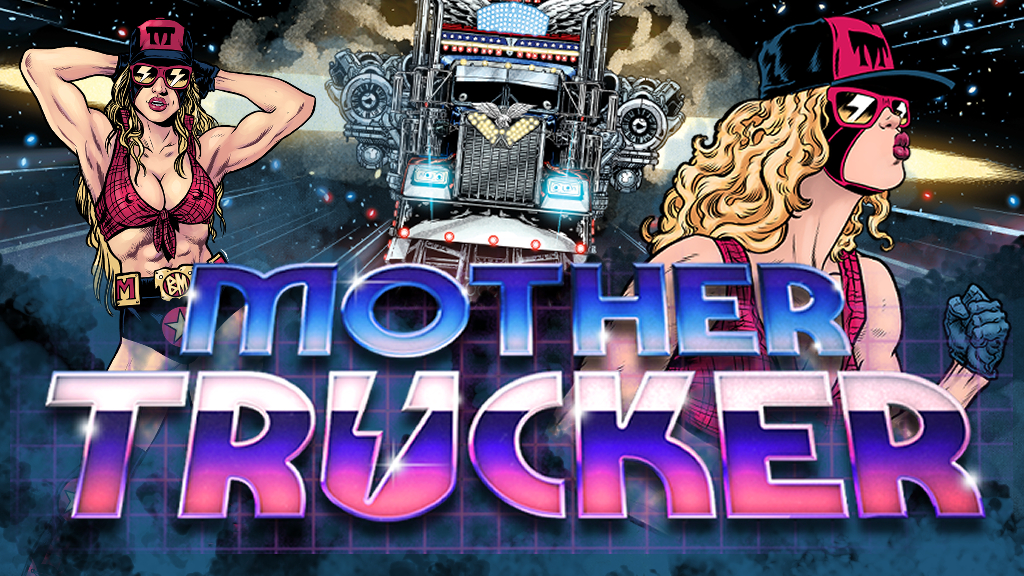 Now, more than ever, we need a place to escape from the world around us. How would you like to immerse yourself into a world of wrestling science fiction, and follow the journey of a grappling goddess? That’s what Andrew Belanger had in mind when creating his dream project:

Mother Trucker is a 36-page comic book about a bad-ass wrestler who is on the hunt to not only find her kid, but to win the title of greatest champion of Truck Off, the WrestleMania of the Stars.

Belanger said that the pandemic actually helped him sit down and bring his creation to life. “COVID gave me time to set aside time for my dream project that I had been writing for four or five years and so far it’s taken off,” he told SlamWrestling.net in an interview.

Belanger, aka “The Animal” Bob Anger, has loved the world of wrestling since as far back as he can remember. “I was very big into ’80s wrestling and my dad was hardcore into it,” he said. “And then I got into the Attitude Era with Stone Cold and The Rock and that kind of stuff.”

The Toronto native would lose touch with wrestling for a little while until he moved to Montreal and a few of his friends started taking him to shows by a local company, International Wrestling Syndicate (IWS). “I started meeting the wrestlers, started making T-shirts, posters, that kind of stuff.” 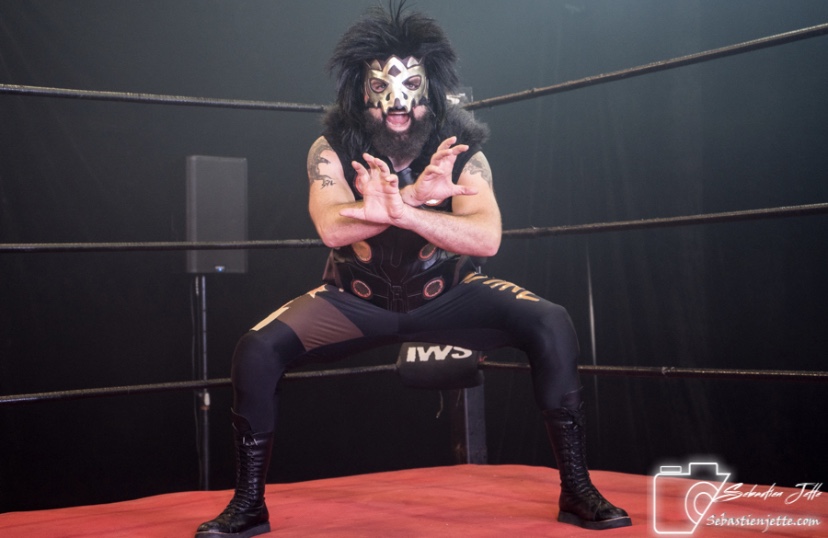 When IWS opened its dojo, Belanger decided to sign up as a student. “I’m not going to lie, I was like 35 when I decided to do this,” he added with a laugh. His friends thought he was crazy, but being an athlete in high school and college, he never doubted himself. “I started doing martial arts by the time I was four or five and I did kung fu up until my thirties, so I think my background gave me that flexibility and the balance [I needed].”

Before the pandemic hit, Belanger was constantly on the move and doing shows most weekends. “Every month I had Comic-con, I always had somewhere in Europe or North America that I had to fly to.” With a jam-packed schedule, it was hard for him to find the time to do the book. Belanger did have a team to help, but most of the work was done on his own. “I am the writer and the artist for the book to bring the story to life, but I did have a project manager who is helping me run the Kickstarter so I have a partner and back up.”

Belanger hopes that readers see that Mother Trucker is a really fun world to be a part of. “I wanted to make a wrestling comic that people could really get into.” He added that he wants it to be similar to comics you would see in Japan, something that’s not so common in North America. “If you go to a publisher here and tell them that you want to make a wrestling comic they just run for the hills. There’s a stigma in American comics that wrestling and comics can’t be cool.” Belanger wants to break that idea and show everyone that grappling can still be amazing in comic book form. 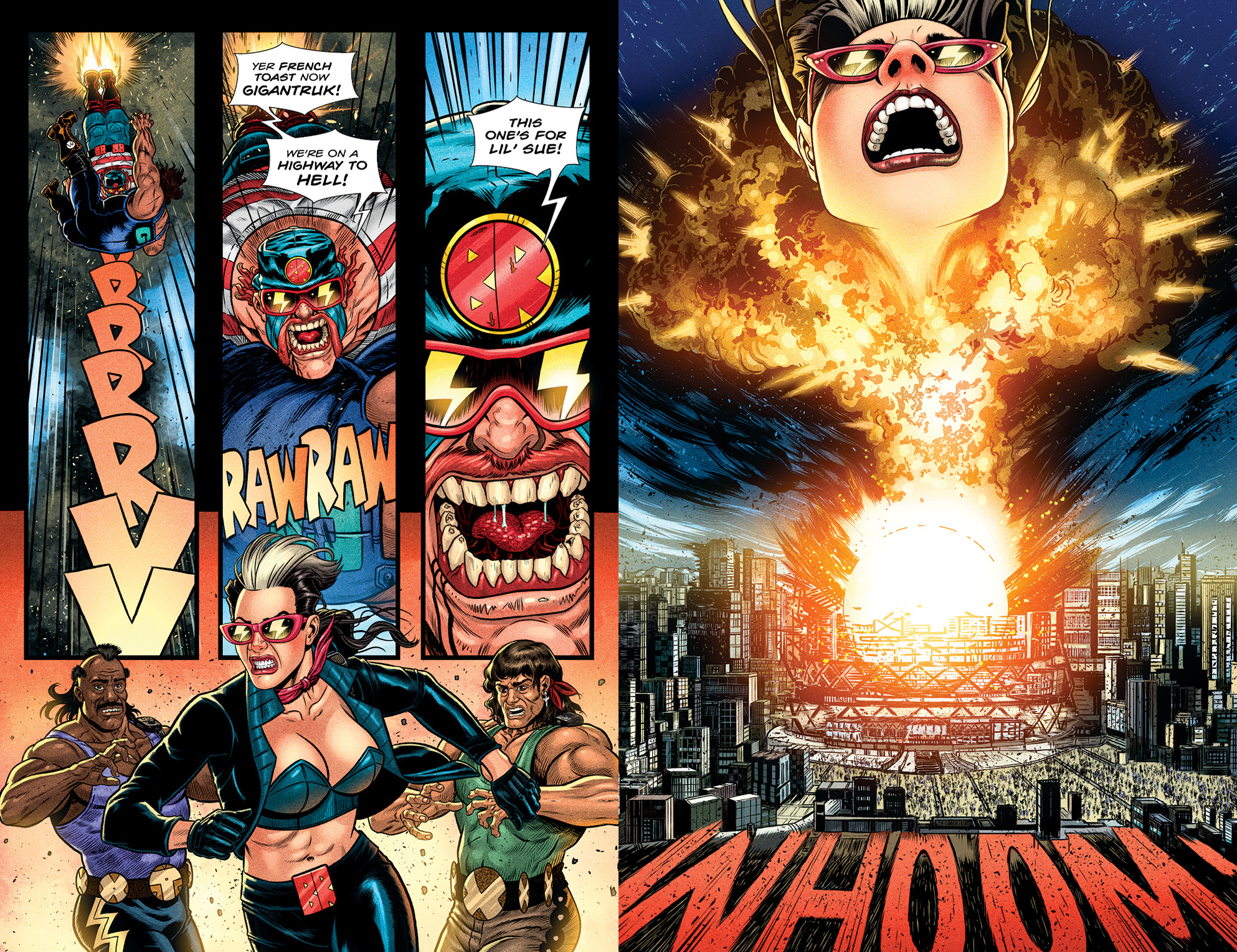 A preview of the visuals featured inside the comic book, Mother Trucker.

Eventually, Belanger plans on creating a Mother Trucker-themed wrestling show. “If we hit a certain mark, I talked to the guys at IWS and we are going to have an IWS Mother Trucker show.”

The show will be for the backers, who will be able to come to the event or attend virtually. “I’m going to have someone dress up as Mother Trucker and I think I have someone in mind who’s perfect for it,” he revealed with a laugh.