For many wrestling fans, 1990 was an unforgettable year. At WWE’s Survivor Series, we anxiously awaited the identity of the secret member of the Million Dollar Man Ted DiBiase’s team. The music hit. The commentary team expressed obvious incredulity, with the late Rowdy Roddy Piper memorably exclaiming, “Look at the size of that ham hock,” and, “Check out those drumsticks!” A tall, menacing figure clad in black made his way to the ring. The Undertaker had debuted!

One of the many people witnessing this spectacle was author, journalist, and podcaster Chad Dundas. But he would have no idea that years later he would be contributing “to the Undertaker cannon” in the new graphic novel, Undertaker: Rise of the Deadman. The book marks the first in a series of graphic novels from Boom! Studios that will feature different WWE Superstars.

“It was very exciting to get the opportunity to contribute to the story of The Undertaker in some small way,” shared the 40-year-old Dundas in a phone interview with SLAM! Wrestling. “Since he was my favourite wrestler as a kid and because he has been such an important figure in the WWE landscape and has been so influential and shown such incredible longevity. Yeah it’s definitely the kind of thing that I did not want to screw up.” 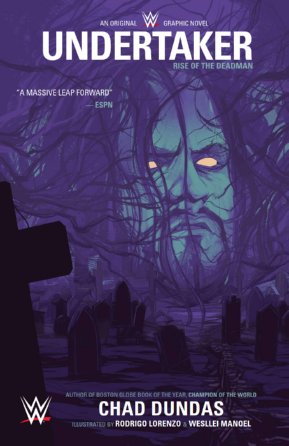 Dundas had been acquainted with Boom! Studios Senior Editor, Chris Rosa, after Rosa started listening to the MMA podcast, the Co-Main Event Podcast, that Dundas, the lead MMA writer at Bleacher Report, has been involved with for the last six years. Rosa had also read Dundas’ first novel, Champion of the World — which was named book of the year by the Boston Globe. The two discussed working together, but the very busy Dundas had to keep turning Rosa down due to scheduling conflicts. Dundas started to worry that if he didn’t “say yes to something, they are going to stop asking.” The Undertaker project came up and although Dundas had never written a graphic novel before, he knew he couldn’t say no.

“I was an avid comic book reader as a kid, but I kind of got away from the comic book stuff as an adult,” revealed Dundas, who resides in Montana. “I have lots of friends who are super into it, but yeah this is my first time trying to write a comic book and so there was a lot of like nuts and bolts stuff that I had to figure out. I’d never written a comic book script before, so I had no idea what the format was and so Boom! Studios was great to work with for that. They sent me a bunch of sample comic book scripts and I read them. I just figured out what the format was and started dabbling a little bit.”

He continued, “Once I figured out the actual format of the script writing, it’s very different to write from panel to panel, it’s way different than writing a short story or a novel or something like that. Once I figured out the form and started to appreciate it a little bit and figure out the intricacies of the stuff that you can do with a comic book, the project went very fast. I thought it was super enjoyable and interesting to me as an artist to figure out this different form and play around with it a little bit.”

According to Dundas, the project took approximately 16-18 weeks to complete. He likened the process to a sprint as the deadlines and turnarounds were pretty tight. He also didn’t have access to any WWE Superstars, including The Undertaker himself, although Dundas admits that’s probably a good thing, as he most likely would have “fanboyed out a ton.” For research, he spent a lot of time watching what WWE commentator, Michael Cole, would declare as “vintage Undertaker” footage on the WWE Network. Watching these moments as an adult was especially nostalgic for Dundas.

“It was interesting to go back and watch a lot of the old Undertaker footage that had been impactful to me as a child,” reminisced Dundas. “Because I really hadn’t watched a lot of it again. And so, to go back and re-watch his debut at Survivor Series and a lot of the early Undertaker vignettes like when he puts Ultimate Warrior in the casket, stuff like that. It was really interesting to go back and watch that stuff because I realized how different it was than anything else that WWF (now WWE) was doing at the time.” 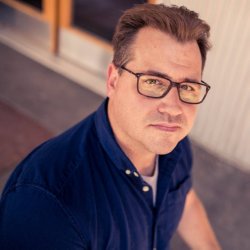 He added, “And to see how striking those vignettes were and how borderline scary some of that stuff was. I remember being really affected and scared by the Ultimate Warrior being in the coffin.” (Just a note, this writer is still traumatized by the vignette when The Undertaker and the late Paul Bearer attempted to embalm Stone Cold Steve Austin alive on Monday Night Raw.)

With the graphic novel being a collaboration with the WWE, one naturally wonders if the corporation had any strict guidelines or demands, especially as The Undertaker is such an iconic character. Dundas revealed that the WWE didn’t insist on much and that it went smoothly. Since The Undertaker is “one of the few characters that they still insist on maintaining kayfabe,” Dundas said the WWE “really wanted to just focus on the character and not really include any personal stuff on Mark Calloway, the human being.” Dundas was fine with those terms because “from a fictional storytelling standpoint, that’s actually more interesting.”

The result is a visually stunning — illustrations were done by Rodrigo Lorenzo and Wesllei Manoel — career retrospective of The Undertaker. For those wrestling fans who may not be familiar with graphic novels (as was the case with this writer), it’s a very accessible step into the genre. But if regular novels are your usual reading choice, be prepared for the storyline to move much faster. And for those who think they are already experts on all things Undertaker, Dundas purposely chose to explore what happened to The Undertaker “outside the realm of WWE television.”

“I think the very nature of an Undertaker graphic novel is probably going to be marketed to hardcore wrestling fans for the most part that are already sort of familiar with The Undertaker and with his story. That’s one of the reasons I wanted to try and dramatize the stuff that they (the readers) hadn’t seen on WWE TV. The Undertaker is super unique because much of his life story is documented one way or another, so I tried to bring a lot of that stuff to life. I tried to focus on the human drama that would surround this character. I hope people that end up reading it think that it’s interesting to see a conversation between Undertaker and Kane after Kane had debuted on Raw, see the human factors behind The Undertaker changing his look or changing his character or changing anything about his image. I hope it fills in some of the dark areas that we haven’t previously seen on television.”

Dundas says he would love to work on another graphic novel, but for now he has finished his second novel, a contemporary mystery, and will start writing a third. He’s also working on a limited series podcast focusing on true crime.