Class of 2019 announced by Pro Wrestling Hall of Fame

Earlier this week, the Professional Wrestling Hall of Fame announced its Class of 2019, and it’s got Lords, Barons, a Butcher, a Hammer, and even someone blessed with Hands of Stone.

The Professional Wrestling Hall of Fame, based in Wichita Falls, Texas, has 13 inductees for next year’s induction weekend, May 16-18, 2019. 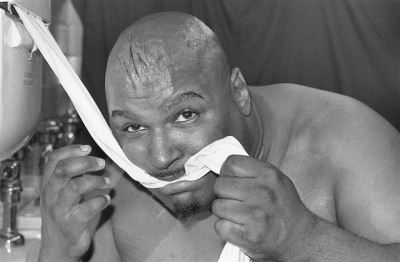 Abdullah the Butcher bites a towel in Detroit. Photo by Dave Burzynski

Perhaps the biggest challenge will be deciding who goes out on top as the headliner at the induction, as a number of stars are still living: Ronnie Garvin, Abdullah the Butcher, Bob Roop, Beverly Shade and The Midnight Express with manager Jim Cornette.

– In the Tag Team Division, it’s the Midnight Express going in. There is little question the team was one of the greatest of the 1980s, as managed by Jim Cornette. However, the real question becomes, is it all the Midnights? The first team was Dennis Condrey and Randy Rose, and they’d later team up again in the last days of the AWA; when Rose left, Bobby Eaton came in and raised the bar as he was one of the best bumpers in the history of professional wrestling; when Condrey left, Stan Lane upped the ante yet again as the ex-Fabulous One brought a polished style to the team. Officially, the press release lists Condrey, Rose and Eaton, omitting Cornette and Lane completely. Perhaps a run-in? 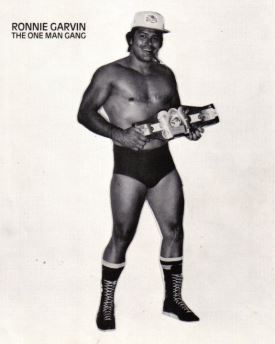 – The Modern Era is defined as 1985 to the present. “Hands of Stone” Ronnie Garvin was a star from the 1960s into the 1990s, including a short reign as NWA World champion, and a mostly forgettable stop in the WWF as “Rugged” Ronnie; he was also known as “One Man Gang” Ronnie Garvin. Owen Hart is one of those names that all fans know, but for the wrong reason; he was a solid performer in Stampede Wrestling and worldwide in Japan, Germany and Mexico, honing his craft until the opportunity came to shine in the WWF, both in tag teams and as a singles performer, before plummeting to his death while dressed as the Blue Blazer in a stunt entrance gone from in May 1999. His brother, Bret “Hitman” Hart was inducted in 2008 and his father, Stu Hart, went into the Pioneer division in 2014.

– The Television Era runs from 1947-1984, though both inductees don’t quite fit exactly into the time slot. Lord James Blears is a storied name on many fronts, from wrestling in the 1930s, to heading to war where he survived his boat being torpedoed, and then returning to wrestling where he was a top heel for years; he later was an announcer and involved with promoting both the promotion in Hawaii (where he was revered, and his son was a professional surfer) and the AWA. As for Abdullah the Butcher (Larry Shreeve), he went from cleaning up at the training gym that Jack Britton had in Windsor, Ontario, in the 1960s to leaving a mess of blood in rings around the world; undoubtedly, he is one of the most feared and memorable villains in wrestling history, always marching to his own beat, and even “wrestled” fairly recently.

– The intention of the International Division is to allow for names that succeeded outside of the United States, and that certainly qualifies Gory Guerrero, who was one of Mexico’s major draws for years, spilling over into bordering American states too. Of course, his family name lived on with his sons Chavo Sr., Mando, Hector and Eddie Guerrero, and nephew Chavo Guerrero Jr. 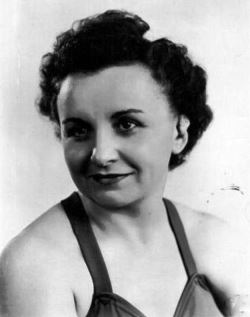 – The Ladies Division adds two names this year. Ann Laverne began working in 1937 when she was just 17 years old. How tough was she? Laverne had two cauliflower ears by the end of her career. Her daughter, Marie Laverne, made for one of the few mother-daughter tandems in wrestling history. Beverly “The Hammer” Shade had a lengthy, successful career despite not being a regular part of the Fabulous Moolah’s stable during the height of Moolah’s power. Shade worked everywhere — “I’ve been to Africa, Japan, I’ve been all over the Caribbean, Canada, Thailand, Singapore, you name it,” she once told this writer. Shade began her career in Florida, after pestering women’s wrestling boss Billy Wolfe for a long while, and later promoted there as well with her husband Billy Blue River.

– The Territory/Journeyman/Colleague Division used to be known as the Non-Participant Division, and is meant to be a catch-all category. Inductee Bob Roop sure did his share of catching, from his successful days as an amateur wrestling, including representing the U.S. at the 1968 Olympic Games, and stretching many a wannabe wrestler. He worked plenty of territories, a solid, trusted, invaluable performer with a wonderful mind for the business that he showed booking promotions.

– The Executive Division, also new, covers off bookers, promoters, historians, and executives. This year’s inductee is Wally Karbo, who was instrumental in the history of the American Wrestling Alliance, the behind-the-scenes master to Verne Gagne’s public face.

– In the Pioneer Division (1865-1946) the two inductees are Charlie Fox and Baron Michel Leone. Fox was known as the “Wrestling Cop” from Cleveland, and wrestled from about 1909 until the mid-1930s, beginning as a middleweight and light-heavyweight, and then moving into World heavyweight contention. Leone was one of the most colourful men in the game, though his success was definitely spurred on post-1946 as he was a natural television star. For a time in Southern California, he was a huge star, and drew a huge crowd challenging for Lou Thesz’s NWA World title in May 1952, wrestling’s first ever first ever $100,000 gate.

The inductees are voted in by a committee that includes living past Hall of Fame Inductees plus other historians and wrestling legends.