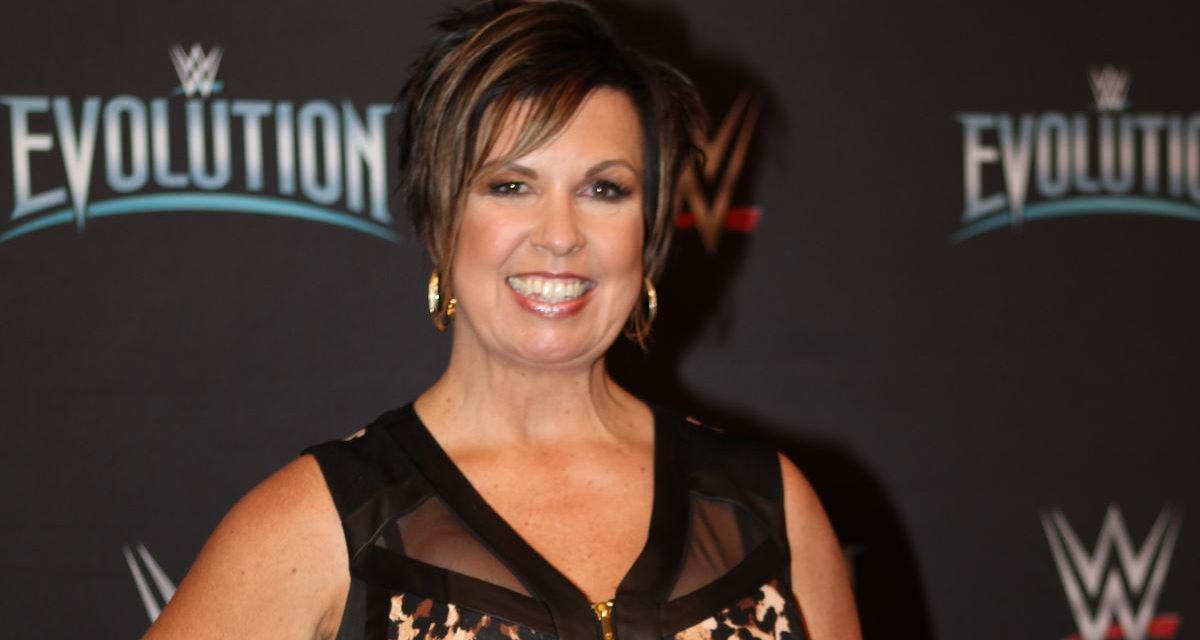 With a background in theater and as a dancer for the El Paso Diablos, Vickie Guerrero was as comfortable as could be as a performer. But the one night she forgot her lines on live television changed the trajectory of her WWE career — for the better.

The script for Guerrero’s promo changed twice within an hour of her being on stage during Monday Night Raw, removing the chance for her to memorize the lines and prepare for how she would portray it.

“I started with the first sentence and just went blank,” said Guerrero, who joined WWE in 2007, working her way up to general manager of both Raw and Smackdown. “I didn’t know which promo I was trying to think of … I just sat there, trying to regroup.”

And the fans were “horrible” — as they should have been, she noted, because she was the heel. Still, she was “mortified.”

“I said, ‘Excuse me!’ in my piercing voice,” Guerrero recalled. “It kind of upset them that I came back with a comeback, so to speak.”

After returning backstage, she found out that the writers loved the response she got. For her own sake, Guerrero said she “was simply hoping it was going to work.” 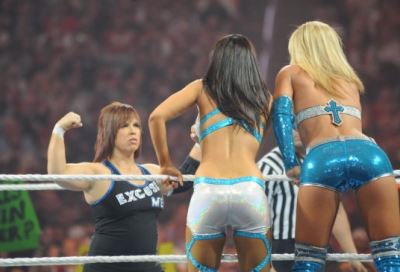 “You can try something and the crowd will delegate if they like you or not … [They’re the] one and only judge out there,” Guerrero said. “By me having that ‘Excuse me’ … They truly hated me, and the writers loved how the response was going.”

Guerrero will bring her general manager skills to Chinlock Wrestling Dec. 1 at Queen’s University Athletic Rec Center in Kingston, Ontario. Guerrero said she is looking forward to returning to Kingston — she only has been there once before — to support charities and work with former friends from her nine years in WWE.

Tyson Kidd and Tito Santana also will appear on the show, which is raising money for Youth Diversion and the Kingston Military Family Resource Centre.

Guerrero said she loved Chinlock’s concept of giving back to the community.

“Being able to be a part of that is something special,” Guerrero said.

Even so, she’s excited to “control the show,” stepping back into a GM role for the night.

“I am excited about manipulating the superstars to [do] whatever I can to get what I want,” Guerrero said.

Guerrero said she continues to make appearances at wrestling conventions and independent shows, such as Chinlock, because of her “love for the industry.”

“I love to perform,” Guerrero said. “I love to cheat and steal and make the fans upset with me. The performance in the ring is something I always crave every day.”

It’s also her way of thanking fans for their support and letting them know they’re important.

“Without them, we can’t do what we do… It’s not just me being a celebrity,” Guerrero said. “It takes them, too, to make me who I am today.” 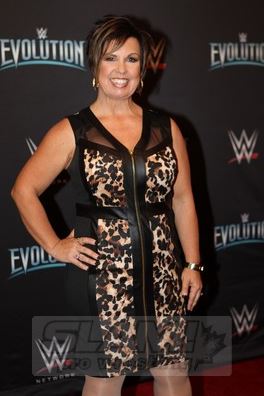 Guerrero had worked alongside her husband, WWE Hall of Famer Eddie Guerrero, during Eddie’s child-custody-based feud with Rey Mysterio in 2005. It wasn’t until after Eddie’s death later that year that WWE approached her about returning to WWE programming. Her initial reaction was, “Are you sure???”

“I’ve always been a performer, so that part of it wasn’t scary for me,” Guerrero said. “[But] about eight months [after Eddie had passed], Johnny Ace asked if I wanted to come aboard and help Rey Mysterio and Chris Benoit’s storyline with Chavo Jr. I was OK doing a little bit with Eddie, but I had Eddie in my corner.”

Guerrero said she didn’t want to “insult the company” in her performance by not having the experience or training of a wrestler, but ultimately agreed to a short-term contract.

“We tried it, and I’m not gonna lie, when I first went out there, I totally just ate the sand in front of me … I probably looked scared like a deer in headlights,” Guerrero said.

But, in time, she was able to shape her character in a way that she wanted to be portrayed.

“I started embracing it and believing in it,” Guerrero said. “I loved it. I was craving it every night to go out there and do something with the guys.”

Her favorite moment was just performing for the fans — something she considers a “special blessing.”

“Without [the fans], the show can’t go on,” Guerrero said. “For me to give my best and my all to make them laugh, be mad at me, scream at me … I knew I was doing my job, and I could go home and sleep well at night.”

It wasn’t until Guerrero began working with Edge in 2007 that she began to feel comfortable in front of a WWE crowd. In the months that they were a tandem, he taught her about psychology and offered insight into how storylines should play out.

“I loved watching his craft,” Guerrero said. “He was such a perfectionist out there.”

But she also credits The Undertaker, Dusty Rhodes, Rey Mysterio, Dolph Ziggler and her nephew, Chavo Guerrero Jr., with contributing to her development as a WWE star.

Guerrero also was an entrant (No. 16) in the first women’s Royal Rumble earlier this year. The event, for Guerrero, was like a “celebration,” being able to meet the current women on the roster and reconnect with former colleagues.

“Words that come to mind when I think about my reflection [of the Rumble are] humbled and grateful because it takes a whole village for something to be an impact on the community like this,” Guerrero said. “For me to be a part of this mark in history, I’m happy I was able to contribute my creativity and my yelling and screaming to be an impact as part of the women’s division.”

WRESTLING IS A ‘SECOND FAMILY’

After Eddie’s death, returning to the industry was a reunion of sorts.

“The biggest significance of working with WWE was that I was back with my second family,” Guerrero said. “I was able to have Eddie in my corner. As I was performing, I did feel closer to Eddie. This is where our whole family originated from … [and] to be able to be a part of it is another honor for me. Another thrill.”

But the hardest part, for Guerrero, was leaving her girls, Shaul and Sherilyn, while on the road. With Eddie, she was home while he traveled. But as the roles reversed, she hired a nanny to take care of the girls and missed school functions.

“[The] girls were so wonderful and strong and knew what this work was about,” Guerrero said. “They knew what I was doing.”

The eldest Guerrero daughter, Shaul, is continuing the family legacy. She was in WWE’s developmental territory from 2010-12, and returned from 2012-14. Shaul signed on as a ring announcer for Women of Wrestling in September. She also is an active competitor for Lucha Underground, where she shared the ring with her uncle, Chavo Jr., in a debut moment that gave her mother goosebumps and brought out some of Eddie’s likeness.

“I was really proud of her because she is such a performer, and she is the biggest critic of herself [like Eddie was] … [She] and Chavo just worked really well together,” Guerrero said.

For more information about Chinlock Wrestling, or to purchase tickets, visit chinlockwrestling.com.