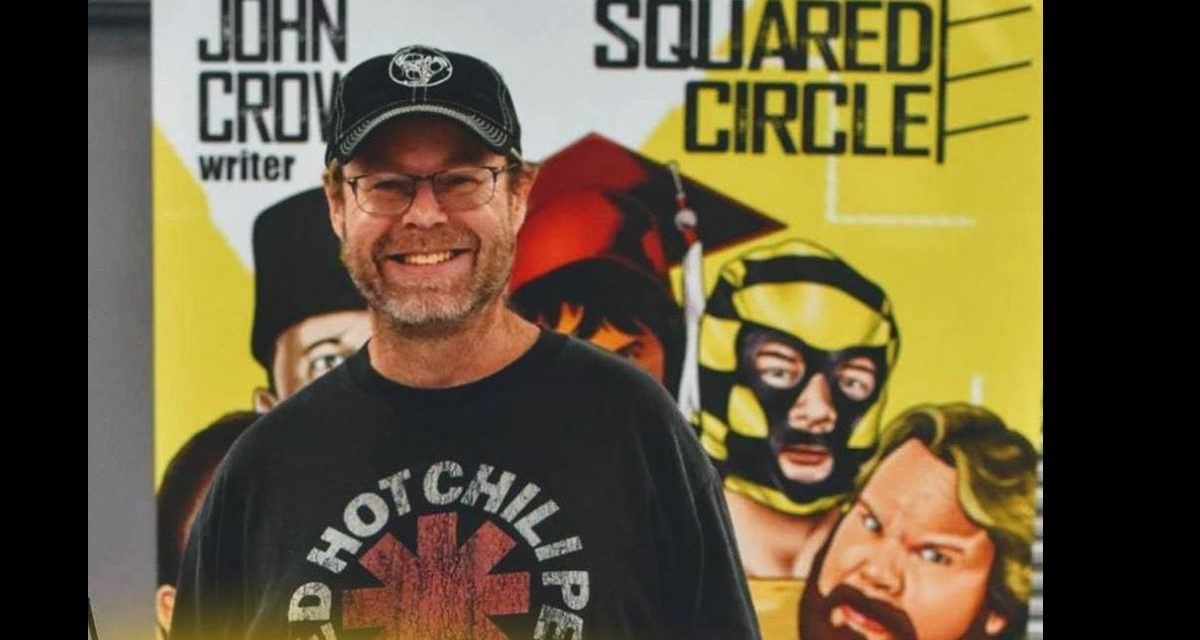 Attorney John Crowther is a big believer in having a hobby outside of one’s work. That’s why five years ago, beckoned by his passions for pro wrestling and comics, he decided to write his first comic book.

Despite claiming to be a “huge fan of professional wrestling,” specifically of Florida Championship Wrestling during the territory days, Crowther’s first foray into comic books would not involve pro wrestling. That would come later. Not impressed with the onslaught of hyper sexualized female characters in comics, Crowther decided to create a character his daughter, then a teenager, could both relate and look up to. The result was Rochelle the Teen Cockroach, which featured a teenage girl with the superpower of cockroach DNA. Having an idea, but not knowing what to do with it, Crowther decided to contact Dell Barras, a storyboard artist he had admired since he was a kid.

“I’d never met him,” shared the 49-year-old Crowther, who resides in DeLand, Florida, in a phone interview with SLAM! Wrestling. “I just wrote him a letter, told him about the idea I had. And lo and behold about two months later, I got a letter back from him with a piece of original art, saying, ‘I loved the idea, send me a script and we’ll do it.’ So then, I’m like, ‘All right, how the hell do you write a script?'”

Crowther decided to again turn to an expert for help. He emailed American comic book writer, Marv Wolfman, for advice. Proving it truly never hurts to ask, Crowther was sent a signed script from Wolfman that he utilized as a template. After sending the finished script to Barras, the book was published by AC Comics.

Around the same time Crowther was making his debut into the comic book world, his passion for pro wrestling clamored for some spotlight. Crowther had just become friends with the late WWE Hall of Famer, Nikolai Volkoff, and the two quickly discovered they both shared a love of comics. 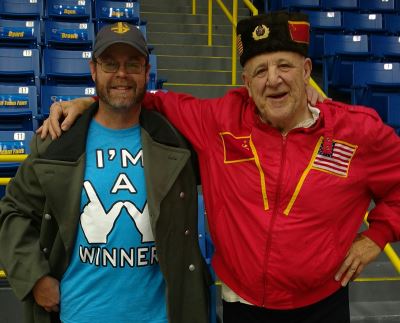 “Nikolai loved comics which is something that I kind of learned as I’ve gotten to know a lot of wrestlers,” observed Crowther. “A lot of them are into collecting toys, collecting comics. Just the same kind of stuff all of us guys and gals are into. They’re into it too! You think of them as wrestlers, you’re not thinking about them as fans and collectors of stuff.”

He added, “I gave him (Volkoff) a phone call and he said, ‘John, I’ve always wanted to have a comic book on my life and I’ve talked to several people, but nobody has ever done it for me.’ So, I told Nikolai, I said, ‘Nikolai if I tell you I’m going to do something, I promise you, I’ll get it done.'”

Crowther set to work interviewing Volkoff to extract his life story. After putting the story into comic book form, he approached Inverse Press about publishing the book. With Inverse primarily publishing horror-themed titles, Crowther and Kevin LaPorte, the co-owner of Inverse Press, decided to co-found an imprint, Squared Circle Comics, to publish the book instead.

The collaboration with Volkoff led to Crowther being introduced to other pro wrestling greats who were also interested in having their lives represented in comic book form: The Killer Bees (Jim Brunzell and B. Brian Blair), Patricia Summerland (who wrestled as Sunny, the California Girl in the original GLOW series), Bobby Fulton (James Hines), Hacksaw Jim Duggan, Jake Hager, Lanny Poffo and the late Bruno Sammartino. Sammartino even provided Crowther with the honour of being ribbed (pranked) by a pro wrestler for the first time.

“Bruno called me one night at four o’clock in the morning,” remembered Crowther, already laughing before he could complete the entire story. “I hadn’t called him yet, but I had his phone number and my cell phone is ringing and I look over and it’s buzzing and I see the name, Bruno Sammartino. And you got to answer the phone if it’s Bruno! So, I’m like, ‘Hello?’ And he’s like, ‘Is this John? It’s Bruno.’ I’m like, ‘Yeah, hey Bruno.’ And he goes, ‘Nikolai gave me your number and he said I can call you anytime, is now okay?’ I said, ‘Yeah anytime is fine.’ And he says, ‘Okay, good night!’ and hung up on me!”

Crowther is now set to release a culmination of his pro wrestling themed comics in the first volume of The Comic Book Encyclopedia of Pro Wrestling, published by Squared Circle Comics, and with a two-week, incentive filled Kickstarter campaign launching May 17. The book will run at 280 pages and features comic book stories on the aforementioned pro wrestlers, written by Crowther, accompanied by encyclopedic entries written by LaPorte. The artists involved with this project include Barras, Gavin Michelli, Rich Perrotta, Alan McMillian, Rando Dixon and Javier Lugo. 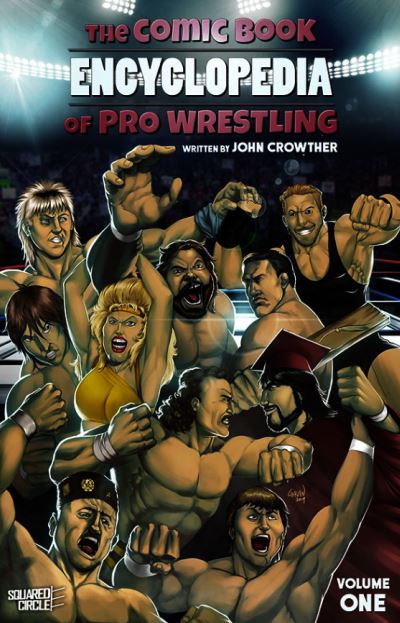 This writer received a preview copy, a.k.a. a smaller version, of the final book. But from this small taste — or amuse-bouche if you want to get fancy — readers can look forward to unique stories that could only come from the world of pro wrestling. From Sammartino hiding from the Nazis as a child and having his first wrestling match with an orangutan or Volkoff escaping communism, readers are bound to learn something new. And even if you have heard some of these stories before, seeing them play out in graphic novel form is a visual spectacle worth venturing into.

Though my inner stickler takes exception to calling this book an encyclopedia, as to me that implies the book will encapsulate absolutely everything about pro wrestling. But Crowther did share that there will definitely be a second volume and he currently plans for it to feature the stories of the late Rocky Johnson, the Warlord (Terry Scott Szopinski), Hollywood from GLOW (Jeanne Basone), Magnum TA (Terry Wayne Allen), Terry Funk and Billy Gunn (Monty Sopp). Crowther says the number of future volumes of the encyclopedia will depend on fan interest and wrestler participation.

“It’s something that’s really cool,” declared Crowther. “Something that’s never been done before and we think it will be something nice not only for comic book fans and wrestling fans, but just for collectors in general.”

He continued, “These guys really are living superheroes. You see them on TV, they are bigger than life! They do these amazing things that the average human can’t do. They jump off a top rope and fly through the air. They do these amazing feats of strength. They are made for comics and comics were made for them. Luckily, we’ve been able to have a few of them find their way into the pages of those comics.”