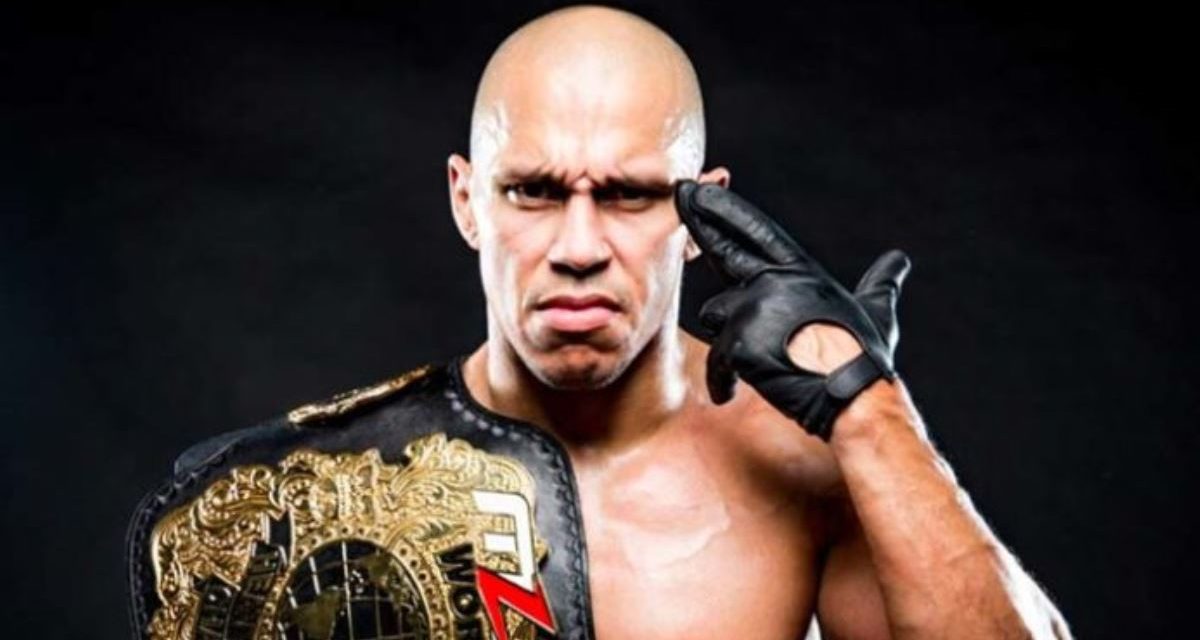 Few people have seen the start and rise of so many wrestling companies as Low Ki. He boasts an extensive and highly-successful wrestling career that has spanned 22 years and multiple promotions. Now, Low Ki looks to add more accomplishments to his stellar resume by working for Major League Wrestling (MLW).

As a wrestler, Low Ki (real name Brandon Silvestry) has always been about defying expectations. “Most people would look at this undersized wrestler and equate me to a Matt Sydal or a Rey Mysterio,” Ki told SLAM! Wrestling. “I’m not that kind of wrestler. I’m not quick and fast. My style and presence are very misleading. I’m a completely different animal. I’m very aggressive in the ring.”

His way of wrestling is certainly very intense. When watching Low Ki wrestle, one sees a 5-foot-8, 174-pound, no-nonsense fighting machine with a very technical style. He isn’t one to showboat while wrestling, shake fans’ hands or cut a promo making fun of his opponent in some way. He’s a competitor, and his focus is always on the match.

Low Ki’s influences as a wrestler go back to the 1980s, when there was still a variety of companies vying for primacy. He traces his aggressive style to top guys from the NWA, the early stages of the UWF and noted WCW tough guys Cactus Jack Manson and Terry Gordy. After training in a style that emulated those tough guys of old, Low Ki began wrestling all over North America during the 2000s. He gained national exposure as Senshi in TNA during that time, and also worked for the original incarnation of MLW, which lasted from 2002 to 2004. He was a relative newcomer at the time, yet he got to rub shoulders with major stars, including ECW legend Mike Awesome and then-All Japan star Satoshi Kojima.

“I’m a traditionalist,” Low Ki explained. “I view wrestling as a traditional sport. I have pride in my work and I lead by example in MLW.” As an example of this mentality, Low Ki went through a rigorous training regimen prior to his MLW Heavyweight Championship challenge. He spent 26 of the 30 days leading up to that match training and preparing, and when he wrestled, he was leaner and in better physical shape than he was before. But that’s all part of his intense, high-standards approach to the sport of pro wrestling.

“There’s a whole different degree of competitiveness in titles and title matches. There’s a difference between someone that thinks they’re a champion and someone that is a champion.”

Ki found immediate success upon his MLW return. He went on an undefeated streak that lasted almost a full year and became MLW Heavyweight Champion within six months. He has since had arguably the most successful championship run with seven successful title defenses, which elevated the title’s value and prestige.

As a veteran in MLW, the 40-year-old wrestler feels he has to lead by example for younger wrestlers. To him, taking on this role was simply a natural evolution. By working in so many different promotions (and in some cases for two at once, through talent exchange agreements), he became an incredible asset for any company for both his wrestling ability and his knowledge of other production-related matters.

“Wrestling for television has different requirements than live events. You have so many additional constraints and other factors to think of, on top of your match. Not many people know about that, so I try and help them with that when I can.”

Very few wrestlers have been able to wrestle as long as he had, much less at a consistent level. When asked about his training, Low Ki focused more on the mental aspect than the physical.

In terms of his goals, Low Ki hopes to continue wrestling for MLW while also coaching younger stars. He wants to see them advance as wrestlers and, by working with them and competing against them, he hopes that they surpass him as athletes.

To him, MLW isn’t only the company with the best talent in the world, but it’s also about putting on something legitimate which, in his mind, makes it more fun. Low Ki doesn’t see MLW as ‘sports entertainment’ and believes many people have (wrongly) bought into that as the only lens through which to see pro wrestling.

“Some people see wrestling and they want to play and entertain instead of compete. We [MLW wrestlers] aren’t entertainers; we’re people of high degree of skill. We got a hold of wrestlers of a different quality. When it comes to MLW, do you want the wrestlers to be funny or do you want to see them fight?”

Longer term, however, Low Ki has something very big planned.

“I haven’t had my best match yet, not even close. With MLW, I want to have a ‘superfight,’ a huge contest with international value. I want to fight against the greatest of all time, against the cream of the crop, wherever I go. What I have planned is something that would need to be seen in a huge venue, like Madison Square Garden or in the Saitama Super Arena in Japan. And with MLW and their international reach, I can finally make it happen.”

As for what exactly Low Ki has planned, the only way to find out for sure would be to tune into MLW’s regular shows.