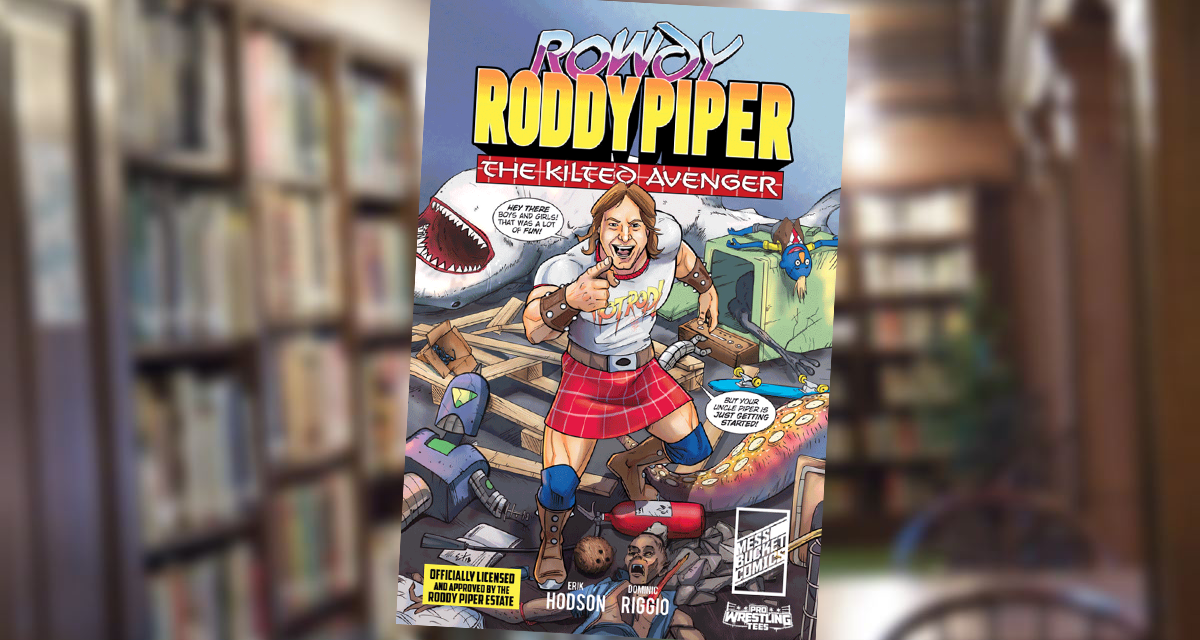 Growing up, I always enjoyed reading comic books, along with professional wrestling. To me, wrestlers were like the heroes and villains leaping from these pages and fighting in real life. My absolute favorite comic I enjoyed reading was Marvel’s What If…? series where it took regular heroes and placed them in unique situations outside the normal storylines. With Rowdy Roddy Piper: The Kilted Avenger, the graphic novel out now and published by Mess Bucket Comics, it attempts to ask the best “What If…” question of all comic-dom:

What if Deadpool wore a tartan? 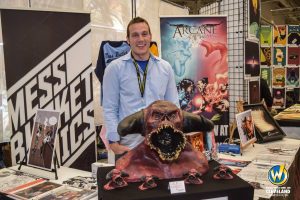 The story starts with (what else?) Piper as the host of his own talk show, Piper’s Pandemonium, that makes an episode of Jerry Springer look like it was injected with bourbon-fueled bellowing. During the show, Piper finds out there’s been a rash of burglaries and crime in the city by a bunch of jerks called (wait for it…) The Curtain Jerkers. So it only makes sense that Piper brings them on the Pandemonium show to confront their acts, with a little tag team action from Hacksaw Jim Duggan to even things up and garner some beaucoup ratings, all to spite Piper’s megamedia tycoon boss, Ruth S. Heel.

Piper doing the talk show is just his day job. By night, he becomes a caped…err, kilted crusader for justice that has him ready to do battle with an assortment of armaments that include spike gauntlets, a leather jacket, armored vest, sunglasses, and a loaded kilt (a utility kilt, if you will). Eat your heart out, Bruce Wayne! 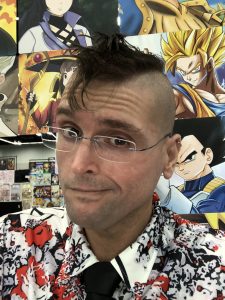 Piper soon finds there’s more to the trouble than meets the eye, as beings from another world are after a relic that will help them trigger the Multi-dimensional Supernova Gate (or MSG, for short.  Yeah, I know how it sounds, too).  But fear not kilted kids, because you know how things go when the Hot Rod is in action: he came to chew bubble gum and kick ass, but he just ran out of … well, you know how the rest goes.

Written by Dominic Riggio (The Arcane Awakening) and illustrated by Erik Hodson (Dreaded Dinosaur), and distributed by Pro Wrestling Tees, this comic makes the Piper-starring horror film, Hell Comes to Frogtown, seem subdued in a delightfully wacky and violent way in exploring the myth of Piper in a larger-than life format. Hodson manages to capture Piper as fans remember him from his prime years in the 1980s, and even when he pits Piper against wrestlers, aliens, and jabronis (oh, my!), it is like seeing everything unfold in a cinematic format. Riggio does Piper justice in not just driving the action of the story, but in effectively capturing the voice of the Hot Rod himself, with the machine gun rat-a-tat patter that made the man famous when punks tried to throw verbal rocks at him.

Officially licensed and approved by Piper’s estate, this graphic novel also contains some cameos that wrestling fans will recognize and enjoy, from Duggan and Bobby Heenan to Tony Schiavone, and others faces too good to spoil. As of this writing, this graphic novel will be a big collector’s item, as the character of Bruce Prichard featured in the pages of The Kilted Avenger cannot appear in future versions of the book, according to Mess Bucket’s recent posting on their Facebook page. EDITOR’S NOTE: According to Riggio, if sales go well the plan is to make this graphic novel into a series “featuring other wrestlers too.” Once the current run of these Piper graphic novels sell out, Riggio predicts it will be a few months before the revised version, aka one that is Prichard free, will be available for readers to purchase. 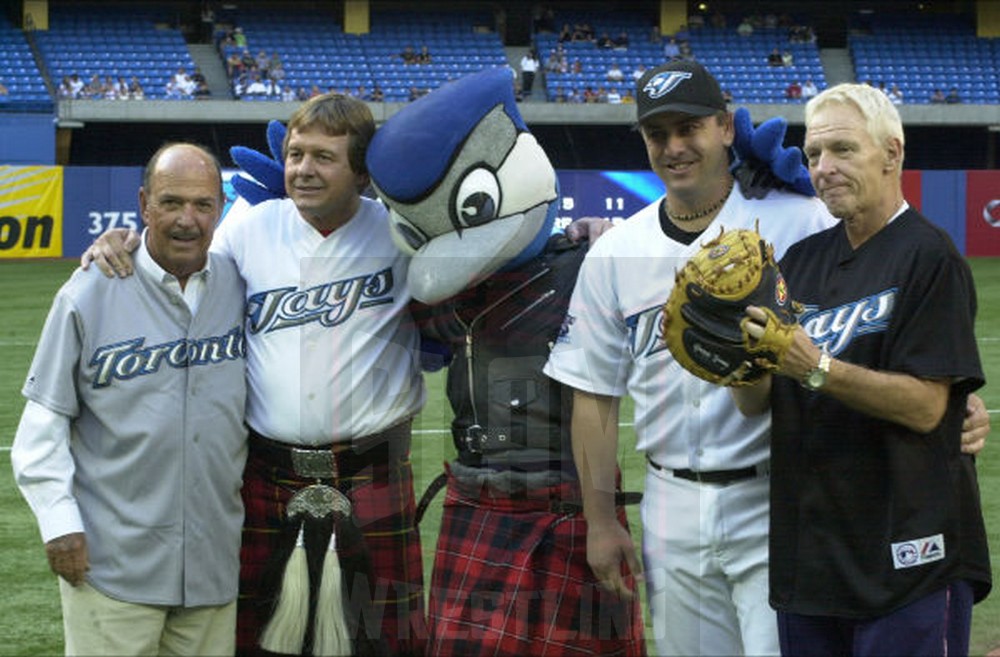 This graphic novel is definitely a must-have for fans of the late Piper, and is an entertaining story that has it all: wrestlers, crazy talk show fans, super crazy gadgets, coconuts, multidimensions, kilted justice, crazy cameos…and yes, Piper’s trusty bubble gum!  Now there may be some readers that might find this graphic novel way out of the ordinary, but if nothing else, it truly embodies how Piper lived his life…as rowdy as possible. All while wearing a kilt.

What if Deadpool were to top that?  Your move, Marvel, and watch out for the coconuts!