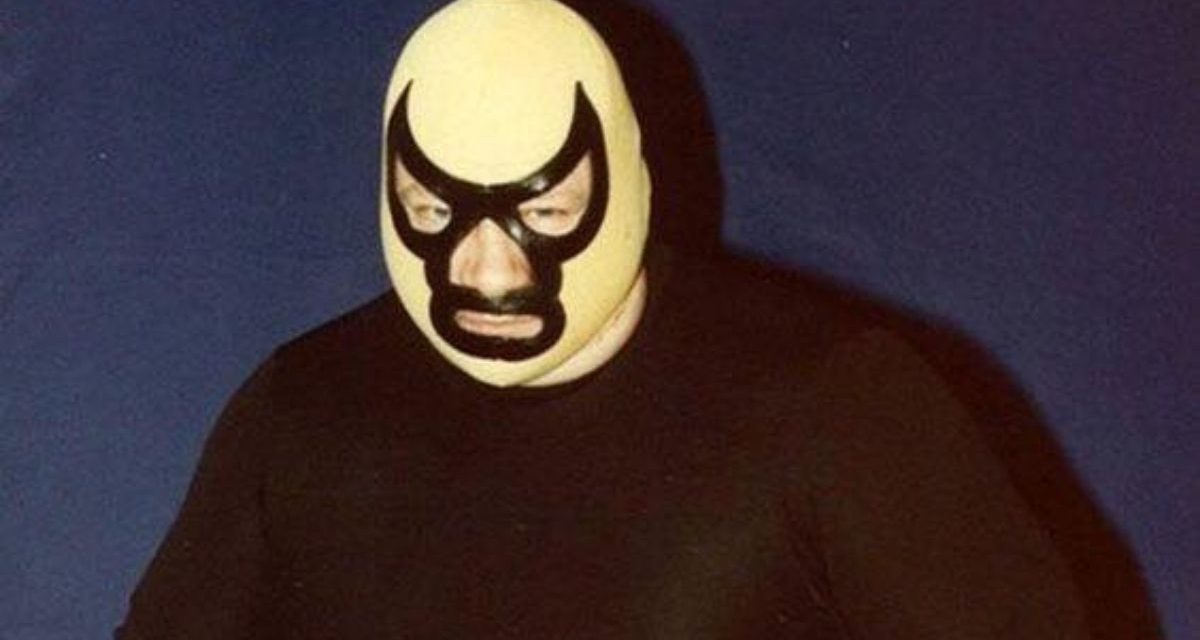 For all his success as The Assassin, Jody Hamilton’s legacy as a trainer is maybe more epic. After his death on August 3, many who trained under him or sat under his learning tree, shared their memories.

Hamilton started training wrestlers in 1985, and a year later, established his own school in Lovejoy, Georgia. That evolved into the WCW Power Plant, in Jonesboro, Georgia, and in 1991, he was officially the company’s trainer.

On Tuesday, not long after learning of Hamilton’s passing, Eric Bischoff, who had many roles in WCW, from announcer to its boss, shared his thoughts on Hamilton.

Rhodes and Hamilton feuded through the years, each masters on the microphone. Rich Tate on the old Georgia Wrestling History website asked Hamilton about Rhodes, and this is what he said:

One of the most creative minds in our business. Great gimmick man. As far as getting down and grinding it out, he was not a great worker, but he knew how to work that gimmick and he worked it to perfection. He was a great performer because he mastered his gimmick and had a lot of charisma. He gave a lot of great interviews. He was copied by a lot of guys. You can see his influence in a lot of the guys in the business today. His main fault was that he could create these gigantic pictures, but he wasn’t a detail man on how to play out an angle.

While it wasn’t Bischoff’s decision to set up the Power Plant, his successful WCW run was boosted in large part from the names that Hamilton polished at the school, especially Goldberg and Diamond Dallas Page. On Tuesday, Page posted to Twitter about Hamilton: “With a heavy heart I have to pay the ultimate respect to one of the truly greats of our business the one and only Jody Hamilton a.k.a. the Assassin. Jody was the first to believe me down at the power plant. Much love and respect my brother. Sympathies to Nick and Rosemary. DDP”

To Bischoff, Hamilton’s special skill came from being able to adapt; he’d grown up in a wrestling business (following in the footsteps of his older brother “The Missouri Mauler” Larry Hamilton) where anything went, and then ended up a part of a multinational media company.

“Jody was incredibly instrumental in developing the Power Plant in into what became prior to the Performance Center at WWE, really, the first and most successful kind of corporate owned training facility in the industry,” said Bischoff. “And that had everything to do with Jody Hamilton and his approach to teaching and management. And the knowledge and experience and the instinct that he was so willing to share.”

Bischoff continued. “Only people who have made the transition from kind of the private sector to the public sector, when it comes to working for a big corporation understand that it can be a very challenging thing, particularly when you come from the world of professional wrestling. Because in many respects, particularly in Jody’s era, it was the wild wild west in many ways, and to be able to transition from the wild, wild west to a corporate environment and all that entails is a transition that not a lot of people can make and and Jody made it seamlessly because I think instinctively he was a highly professional person. And it made that transition easier for him than unfortunately it was for some people.”

Plenty of different trainers were assigned to work with Hamilton in the WCW Power Plant. The late Paul Orndorff was one of them, and at the Pro Wrestling Hall of Fame induction ceremony in May 2013, Orndorff noted first watching the Assassins on TV. “I watched these guys, and how they moved and everything, and I said, ‘I can do that,'” said Orndorff. “You were one of the ones that I watched, and I used to hate your guts.”

Orndorff then talked about the Power Plant. “I was one of his killers there, his hitman,” he said. “I have the most respect for you than just about anybody I know in wrestling. I thank you for being a part of my life and helping me when I needed your help.” 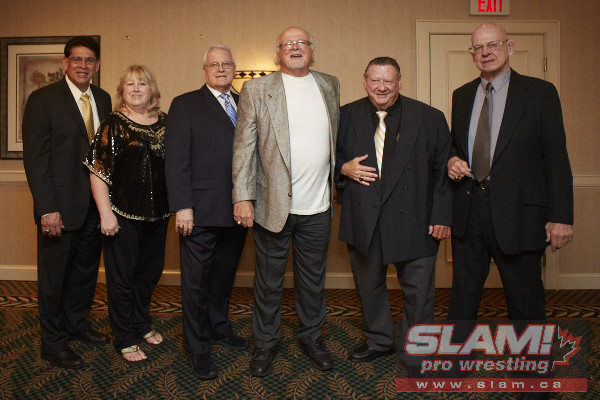 Debrah “Madusa” Miceli also was a trainer at the Power Plant in her last year in WCW. “He was always good to me. Good for the business,” she said via email. “He had a great school going on up there and he always had great advice, very nonconfrontational.”

DeWayne Bruce, who wrestled as Sgt. Buddy Lee Parker, was the head trainer for part of the time at the Power Plant, with Hamilton acting as director. Other who were trainers include C.W. Anderson, Ole Anderson, Bobby Eaton, Mike Graham, Nora Greenwald, Mike Wenner, Craig O’Malley, Pat Tanaka, Terry Taylor, and Pez Whatley.

In a late 1990s interview with this writer, Hamilton considered how training at that time was different than what he did to break into pro wrestling. In his day, wrestlers had to be 5-foot-10, 200 pounds minimum, but he was okay with 5-foot-9, 180 pounds at that point, and saw a sweet spot, with trainees being 18-28 years of age.

“The training has changed quite a bit,” he said. “You’ve got to train the guys for what’s available for them out there in the world of wrestling.” By that, he meant that the goal was to create wrestlers that were trained in basic fundamentals, but were also what the offices were looking for.

He said that it took about six months “for good athletes” to get it.

Goldberg was one of those. “You can spot it pretty well right off the bat. Some guys it takes a little bit longer for their personality to come through, and develop,” he said, comparing DDP to Goldberg. “It didn’t take Goldberg as long to make his mark in this profession as it did Dallas because Goldberg was a better natural athlete … things came easier for Goldberg than they did for Dallas.”

There were plenty of other names to fall under Hamilton’s tutelage, including his son, WCW and WWE referee Nick Patrick. 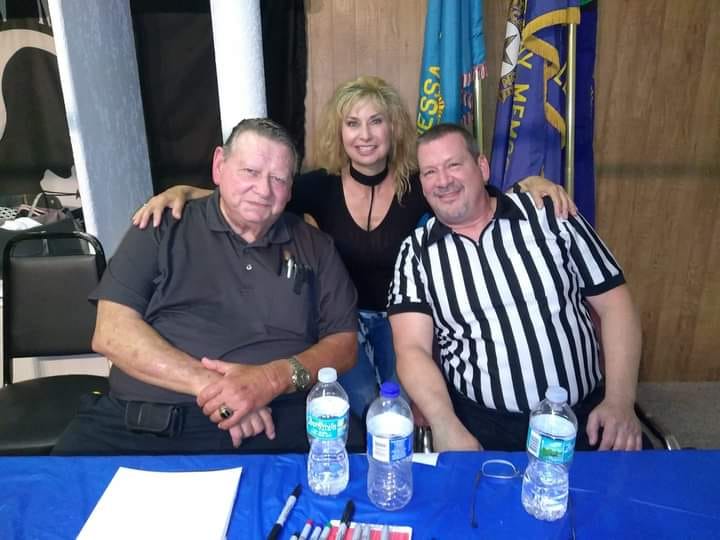 Kevin Nash paid tribute on Twitter: “RIP Jody Hamilton. The man that trained me and got me a look and contract. One of the greatest minds to ever lace up the boots. At over 300 pounds a fantastic worker.”

“The Big LG” Doc Gallows offered up his thoughts: “Thanks for the lessons, the memories, & the stories many of us will never forget. I hope you’re lighting a big Cuban in the sky!”

Jimmy Rave added, “Really bummed to hear about the passing of Jody Hamilton. He was always super cool to me and I use a lot of what he taught me. Rest easy sir.”

It wasn’t just the WCW Power Plant. After WWE bought WCW, and the Power Plant was closed, Hamilton continued to train and promote. Eventually, he ran the WWE-affiliated Deep South Wrestling territory.

One of the wrestlers there was Tyrus / Brodus Clay (George Murdoch). “Deep South where I got my start!” he tweeted. “The teacher who broke me in and smartened me up to the psychological aspect of the art of wrestling passed today. I owe him so much. Thank you Jody Hamilton.”

Referees and announcers shared their condolences too.

Charles Robinson, referee: “Hate to hear of the passing of The Assassin Jody Hamilton. Man was a cornerstone of Georgia wrestling and WCW. Did so much for me early in my career. Thank you sir. You will be missed.”

Gary Cappetta, ring announcer: “I gained enormous respect for Jody during my time with #WCW. Behind the scenes, at production meetings and on the road, Jody was The Rock – steady, cool-headed, straightforward – a superstar who lent his knowledge and wisdom for the future betterment of the sport.”

Scott Dickinson, referee: “I’m so sad. One of my mentors passed away this morning. Jody Hamilton aka The Assassin in pro wrestling was the guy who gave me my break getting me into WCW. I always looked up to him. One of the best promos in history. Rough and tough but a teddy bear underneath it all. RiP sir.”

Mickie Henson / Mickie Jay, referee: “One of the best Minds in the history of our business, that I had the honor to sit under his Learning Tree. Rest in peace Sir…”

Scott Hudson, announcer: “I’m not a big ‘link to the death’ guy. So find that somewhere else. The bottom line: I was a Joe Hamilton fan since I was 7 years old until today. I will continue to be one until the day I die. Thank you for everything, Joe. You were one of a kind. RIP.”

The last word goes to Hamilton himself, who spent a lifetime in professional wrestling. At his Pro Wrestling Hall of Fame induction, he noted a few key people, including Iron Mike DiBiase, Ronnie Etchison, Bob Orton Sr., Sonny Myers, his brother, Larry Hamilton, and his long-time partner in the Assassins, Tom Renesto Sr. 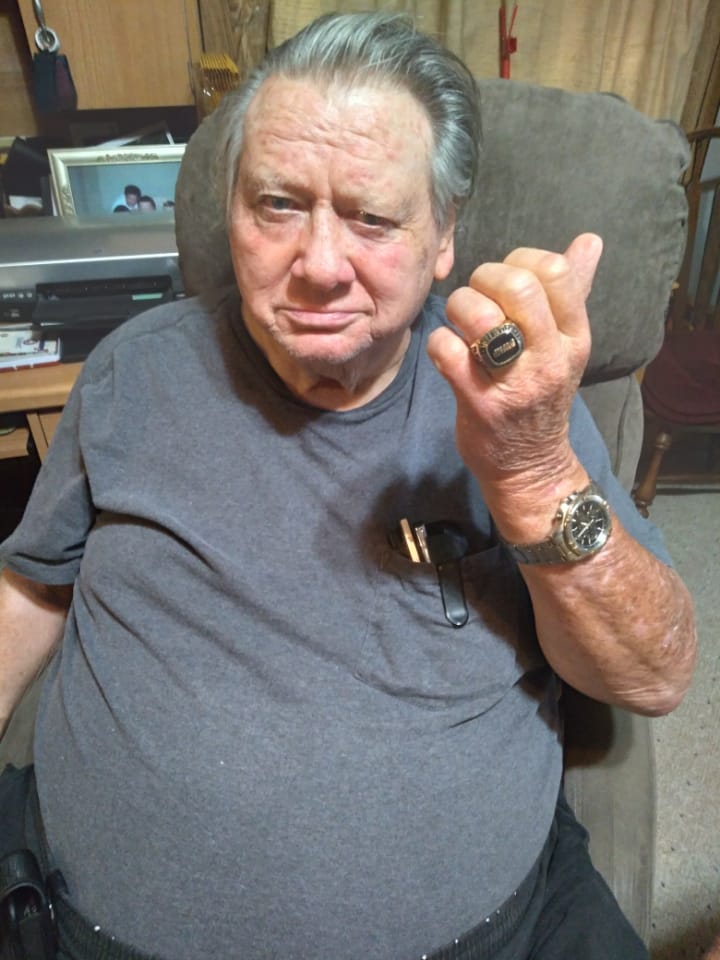 But mainly, Hamilton said thank you to the crowds that came out to see him, and, later his proteges.

“This is a tribute to the fans, hurt, sick, tired, whenever you walk out of that dressing room, and you hear the roar of that crowd, whether you’re a heel or a babyface, whether they’re booing you or cheering, but the fact that you are impacting that crowd, man, I’m telling you, that surge is an elixir and it cures the sickness, the injuries and the fatigue. … We all did it because we loved it, and we still love it.”