Ray Duran made a career out of making others shine 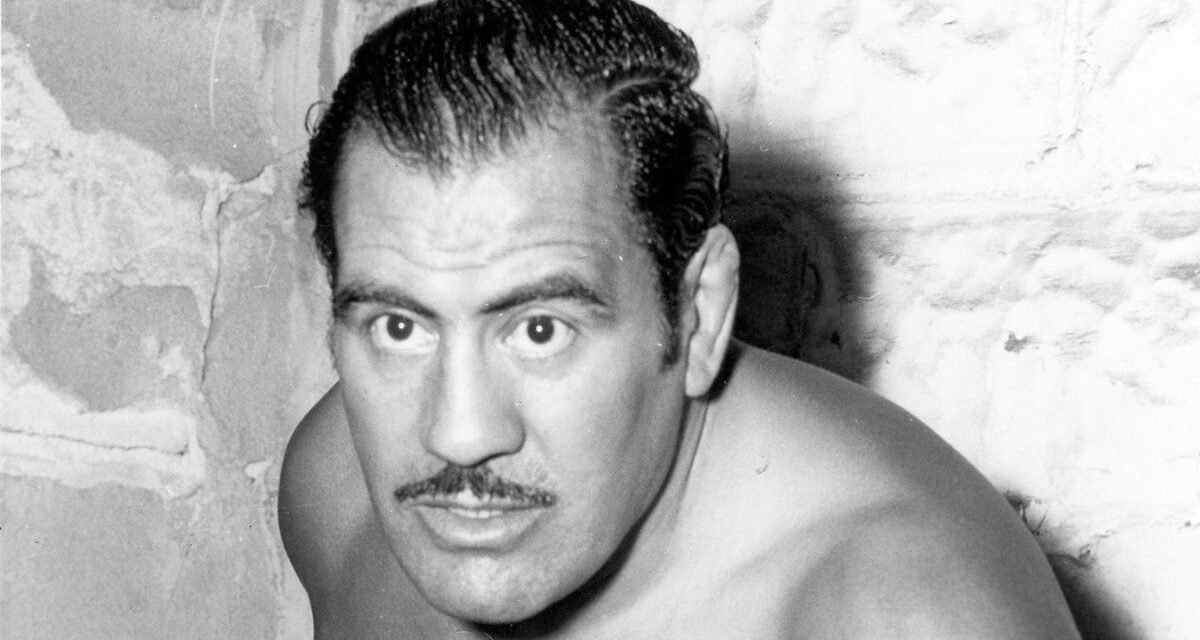 Ray Duran’s daughter Hermania “Mimi” Duran unknowingly sported a slick nickname throughout childhood. Funny thing, she knew nothing of it until the day of her father’s funeral in 1984.

“This old guy asked me if I was ‘La Pistola.’” Duran recounted for SlamWrestling.net. The pistol, she wondered. “I just looked at him and said, ‘Sorry, I don’t know.’ It was my uncle who stepped in and told me that’s what all my dad’s wrestler friends called me because my Papi always had me close to his hip.”

Mimi Duran is the youngest of pro wrestler Ray Duran’s three children, and everywhere her daddy went, his little girl proudly tagged along. “I remember spending hours and hours in this shop in Juarez, Mexico, it was half jewelry store and half sporting goods store,” she said. The shop owner designed wrestlers’ masks and gear there, and his store became a popular spot for wrestlers to congregate. “I would sit on this red couch, I remember it very well. My dad would say, ‘Here’s your Coke, here’s your Fritos,’ and he would buy me a comic book.”

Her father would then swap stories and joke with his fellow luchadores, many of whom Mimi had no clue were notable celebrities minus their hoods. When Mimi brought up the iconic wrestler El Santo at home one day, her father told her, “You actually know who El Santo is.” She had no idea that Ruddy, who hung out the shop, was the Man in the Silver Mask.

This took place when Ray Duran was in his final years as an active pro wrestler, a career that began in 1936. Born Rafael Duran Carrillo in Leon, Guanajato, Mexico, on October 24, 1908, he often told his daughter, “Hunger brought me to where I am now.” Poverty forced him to leave school by the third grade to work at a local market. His surroundings were rough; getting into fights became a regular ordeal in the neighborhood where he lived.

Duran was quite handy with his fists, and he grew into a thick heavyweight of a man. He eventually channeled his street fighting energy into a professional boxing career, which lasted nearly ten years. A wrestler named Renato Torres told him that professional wrestling might be a more lucrative fit. Taking up Torres’ suggestion, Ray Duran made his debut at Arena Peralvillo in Mexico City in 1936. 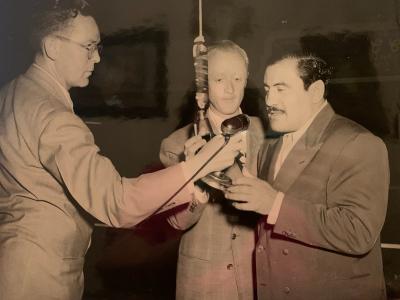 He worked his way up the ranks of Salvador Lutteroth’s newly formed Empresa Mexicana de Lucha Libre (a promotion, EMLL, which continues to run strong today, and the longest running pro wrestling promotion in history).

He hit the Texas wrestling scene in 1941, where he frequently wrestled and teamed with fellow Lutteroth wrestler Alberto Corral. Both men became American citizens, and Duran served as best man at Corral’s wedding in California several years later. When Duran enlisted in the U.S. military, Corral showed concern for his friend by shooting on him, punching several of his teeth out, in hopes he would be too injured to be sent to duty. Ray was undeterred, and he was about to see action when the military disqualified him from active duty due to a condition known as pes planus, better known as flatfeet. He was a big man known for throwing a poetic dropkick, yet his feet kept him in the mainland.

Ray Duran became what one could best classify as one of the busiest carpenters the wrestling business has ever seen. In a career spanning 37 years, he received occasional main event and championship runs, but his legacy can best be summed up as a workhorse who put over a huge and eclectic group of opponents throughout history. No doubt he was considered a good hand, because scanning his career shows a very busy man who was rarely away from the ring, and never found himself short of work throughout multiple territories. 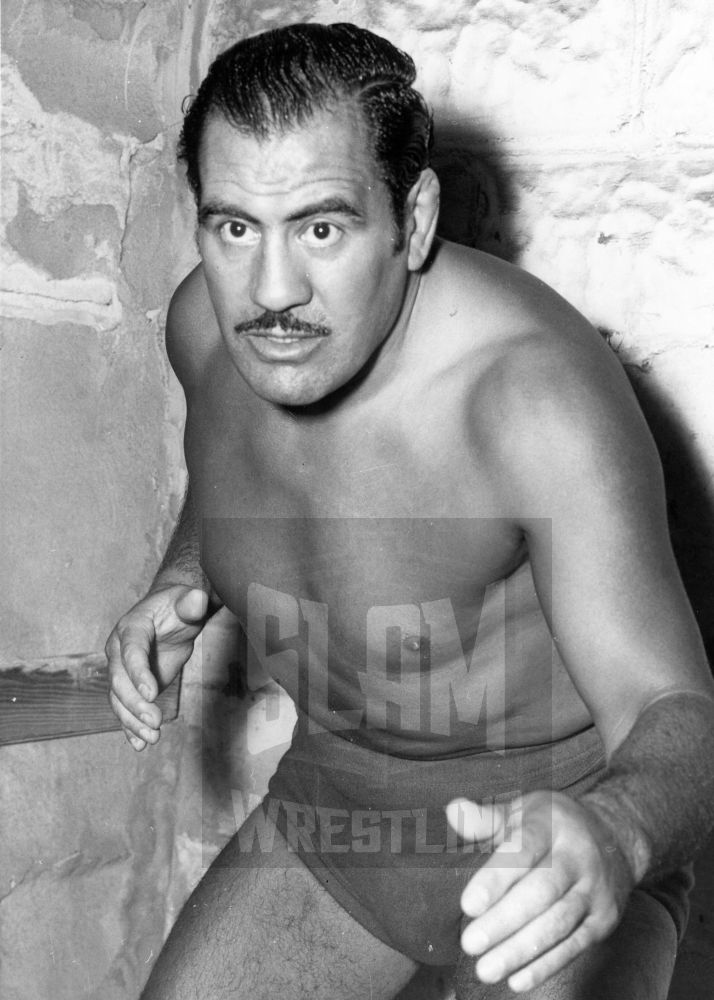 “Everybody liked him,” recalls Jerry Jarrett, who became familiar with Duran when Chico Cortez brought him into the Memphis territory in the early 1960s. “Most of the Mexican wrestlers were under six-foot, but he was an exception. Ray was a very convincing worker. He was a nice guy, very talented and very professional.”

Whether he was in a heated main event angles early on versus Danny McShain or taking the pinfall for rookies like Les Thatcher and Eddie Sharkey during the last decade of his career, Ray Duran kept busy from his first match to retirement. Even after his final match in 1973, he did not rest, staying active as a referee in the El Paso region.

Amongst his main event highlights include winning the Mexican National Heavyweight championship from Firpo Segura in 1942, which he held for six months. This title run is likely what keeps his name him quite visible in the history books since Segura is one of the most iconic figures in the early days of lucha libre’s storied history.

The early 1960s saw Duran frequent Guatemala on a regular basis, terrorizing the technicos there under a mask using the name El Chacal (The Jackal). El Chacal eventually became the frequent fly in the ointment for visiting Mexican hero Huracan Ramirez. After Duran scored several victories over Ramirez in 1964, their feud culminated in a mask versus mask bout that saw Ramirez retain the prize. 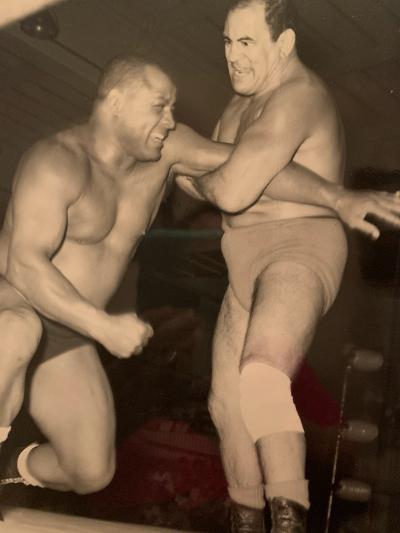 Yet the most intriguing legacy of Duran’s career is the wide variety of legends he shared a ring with over a several generations. In his early years, he wrestled George Wagner (on several occasions, before he was Gorgeous in Coahuila, Mexico circa 1938, and later in California), Bobby Bonales, Mike Mazurki, Ruddy Guzman (before and after he became El Santo), Jules Strongbow, Kola Kwariani, Wild Red Berry, Frank Jares, John Swenski, George and Chris Zaharias, and the Dusek Brothers. The 1950s saw him spend quite a bit of time in Hawaii under the name Ray Daoang (the promoter hoped to pass him off as a Filipino wrestler, but later changed Daoang back to Duran) where his opponents included Rikidozan, Jack Claybourne, Antone “The Ripper” Leone, Masaru Iwamoto (future Los Angeles legend Mr. Moto) and rookie Johnny Walker (the future Mr Wrestling II).

Over the years, he wrestled present and future world champions Bill Longson, Pat O’Connor and Nick Bockwinkel. Revered shooters Danny Hodge, Charro Aguayo, Gordon Nelson, Dory Funk Sr., Nelson Royal, Gori Guerrero and Luther Lindsay were frequent opponents, not to mention young up and comers ranging from Judo Gene LeBell, Thunderbolt Patterson, Bobby Duncum, and Chris Colt. Regional favorites Ted and Vic Christy, “Lawman” Don Slatton, Tito Montez, Jerry Jarrett, and Eddie Marlin also served as opponents. He also put over array of the workers who were better known for their gimmickry, from Haystacks Calhoun, the McGuire Twins, Happy Humphrey and the bear known as Terrible Ted. There was no job Duran could not do; making his fellow workers shine was his forte. 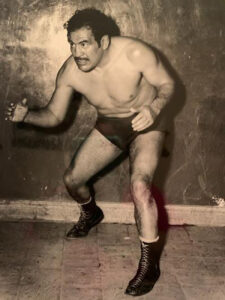 This is merely a partial list. When all his matches are eventually tabulated, his opponents could serve as an encyclopedia of old school wrestlers.

Mimi Duran is just old enough to have seen her father wrestle in the twilight of his career. “He wrestled until he was 65. I remember going to several of his wrestling matches, and I was just crying, because they were just chopping him,” she said.

Seeing that his daughter was upset, Ray revealed Kayfabe to his little girl, explaining, “That’s why we train together, so we learn how to catch those hits, and how to give those hits. If it was completely real, none of us would have made it this far.”

As the years passed, Ray Duran gradually shifted his wrestling endeavors to officiating duty, usually refereeing cards promoted by Dory Funk Sr. or Gori Guerrero, and he was frequently used in main events where the referee was involved in an angle.

Duran kept very active in his senior years, rarely sitting still. If there was no work to be done, he went for lengthy walks. He suffered a stroke in 1983, leaving him incapacitated. Mimi was his chief caretaker, and she gathered newspaper clips and photos of her father into a scrapbook in hopes of lifting his spirits. The gift jazzed him so much that employees in the hospital asked her to stop showing him the scrapbook, since his heartrate increased significantly when perusing his memories. “They were worried he may suffer a heart attack, or maybe another stroke.”

Ray Duran passed away on August 6, 1984. He left behind his wife, also named Herminia, and Mimi’s older siblings, Rafael and Guadalupe.

And Mimi retains her father’s hard work ethic, serving as principal case manger for Project Arriba in El Paso, a group that helps navigate young adults with financial challenges through the college system and into helping fields, quite often in nursing. Scheduling an interview with her took a while; she is working frequently, 24/8. La Pistola, like her Papi before her, is a busy bee with little pause in her routine. 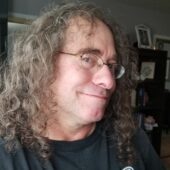 Vandal Drummond is the nom de plume of Kurt Drummond Brown, who became a fanatical pro wrestling fan at the age of ten in 1972. He had the good fortune of living in the southern California, a region packed with UHF tv stations that aired wrestling from a wide array of wrestling territories over the years. The promotions available on TV that best captured his imagination during the 1970s were the LeBell promotion in Los Angeles, All Japan Women, and Argentina’s Titanes En El Ring promotion. Vandal began writing and snapping photos for the various magazines and newsletters of the day, and he became enamored with lucha libre after attending his first Mexican style wrestling show at L.A.’s Hadco Plaza in 1981. He began wrestling on the southern California wrestling scene in 1983, and he has since loitered the region under various roles ranging from promoter to referee to booker. He also booked lucha libre talent out of Los Angeles for Michinoku Pro in 1993-94. Vandal lives in Claremont, California, with his wife Elena.