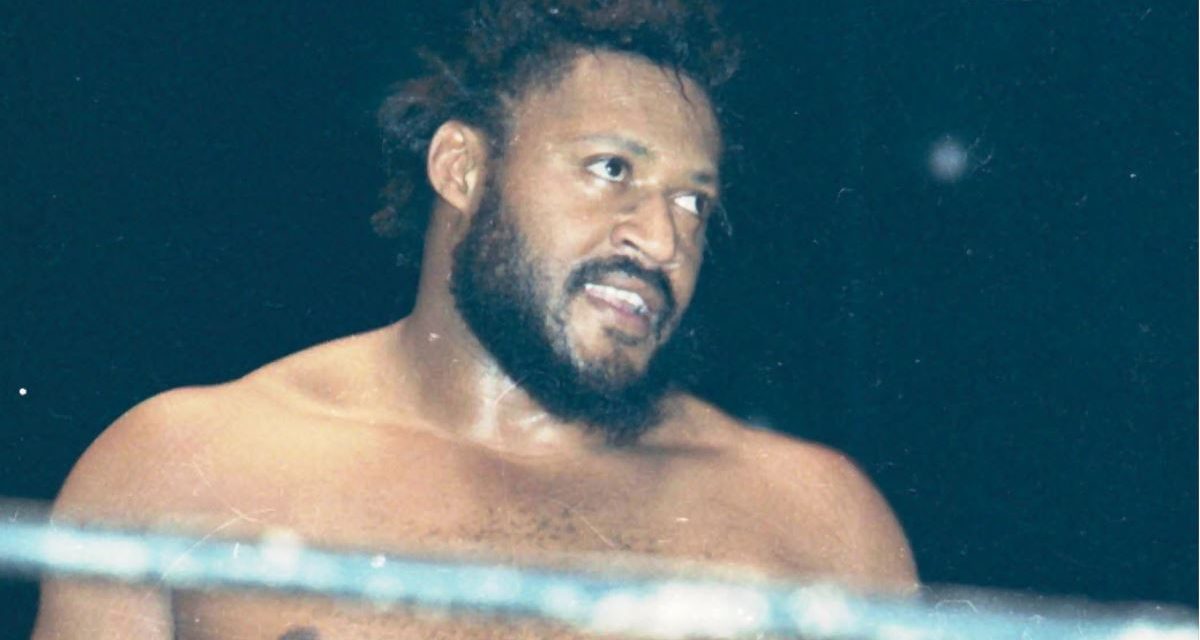 In 44 years of wrestling, Thunderbolt Patterson has seen his share of peaks and valleys. But right now, he’s on top of the mountain.

“We’ve got a youth camp,” Patterson explained on a scratchy cell phone call from the mountains near Commerce, Ga., where he and local minister Tony Evans gathered with about 300 at-risk youths for a week-long retreat. “We try to bring families and kids to Jesus Christ. Pastor Tony Evans and myself consider kids, basically, that’s what that is.”

While a hilltop camp might seem like an unusual venue for the dynamic and controversial Patterson, he said he’s just grateful for the opportunity after spending so much time in the wrestling establishment’s doghouse. 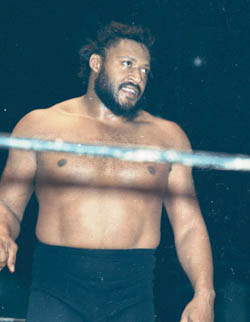 For Evans, it was an easy call to bring in Patterson, an ordained minister, to the Youth Dynamics ministry, a not-for-profit service group directed at youths ages 6 to 12, and also some teenagers, in middle Georgia.

“He’s got the ability to move an audience with words,” Evans said. “I’m a white guy and I minister predominantly to black children and these children needed a black role model and I couldn’t think of anybody better than Thunderbolt. I tracked him down, asked him to come and be a part, and he’s been a part of it ever since,” Evans said.

In addition to the camp, which has grown from about 80 participants to 300 in seven years, the ministry puts on wrestling shows under the Kingdom Championship Wrestling banner. That included a small event for the kids at camp.

The shows of are free of charge and conclude with motivational speaking about church and community, Evans said. Patterson serves as commissioner and is clear about the group’s purpose.

“Pastor ‘T’ and I, we just try to clean up wrestling a little bit. When I say clean up, I mean all the vulgar stuff, hitting below the belt and cussing, and misconduct dealing with ladies. We’re just trying to clean it up a little bit,” Patterson said.

It’s amazing that Patterson is still involved with wrestling, considering the myriad twists and turns his career has taken since his debut in 1964. The Iowa product was working at a John Deere factory when he got a boost from promoter Gust Karras, who sent him into the ring as Claude Patterson, a young heavyweight from Waterloo, Iowa, in preliminary matches against the likes of The Rat and Don Soto. 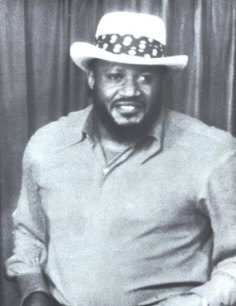 After a few months there, he headed to Texas in 1965, where promoter Dory Funk Sr. needed an Indian character, though Patterson was an African-American, his first hint that someone was toying with him. “So what, could that have been, a joke?” he asked in retrospect. “I mean, could that have been one of those jokes on one of the young individuals that come in?”

Patterson’s first big run came in California, where he and Alberto Torres were world tag team champions in early 1966. He stayed on and off in Texas for years, earning a reputation as a brass knucks specialist and defying personal safety in the Jim Crow South by working as a black heel against Dory and Terry Funk, and Don “The Lawman” Slatton.

His career really took off in the 1970s in several Southern promotions when he invented the shuckin’ and jivin’ style of speaking and wrestling that’s long since been expropriated by Dusty Rhodes and Brian “Road Dogg” James, among others. A feud with Jose Lothario, a good friend, landed him the Brass Knuckles title in 1970 in Florida, where he won the state championship six years later from Frank Goodish, aka Bruiser Brody. Kenneth Noble of The New York Times dubbed him “a folk hero to many working-class sports fans, a black gladiator.”

But Patterson had a well-known reputation for standing up for himself, and, as a forceful and outspoken black man, rubbed promoters the wrong way. For example, he said he asked to buy into the Florida promotion, but said Cowboy Luttrall, a part-owner, wouldn’t offer him a piece of the business. “Cowboy Luttrall on his dying days said that to my face at the same time he was selling it to different individuals.” 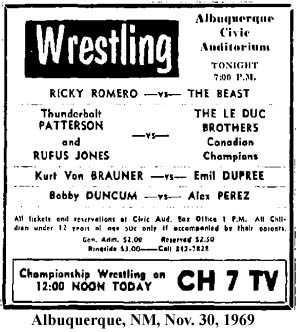 That was hardly his only affront to wrestling front offices. He worked for Ann Gunkel’s rival promotion in Georgia in the mid-1970s, tried to run opposition shows, sued promotions for racial discrimination, and spoke out on behalf of better working conditions and state regulation of the business. In the end, most promoters essentially blackballed him, he said.

According to promoters and bookers, Patterson was too headstrong for anyone’s good. That’s the view of Ole Anderson, the booker who also paired with him in Georgia as national tag champions in 1985. “I have to admit. Thunderbolt was one hell of a draw. He could draw with anybody,” Anderson recalled in his 2003 book, Inside Out. But Anderson said Patterson developed a racially based attitude problem. “He thinks you’re being prejudicial for anything you do. If you say hello, you’re being prejudicial. If you say goodbye … if you pay him.” And Joe Hamilton of the Assassins came to the same conclusion about Patterson, based on an experience in the Gunkel promotion. “Thunderbolt has a track record of establishing himself in a territory, and then as soon as he had a foothold, he became impossible to deal with,” Hamilton recalled, relating an incident where Gunkel axed T-Bolt over a pay dispute. 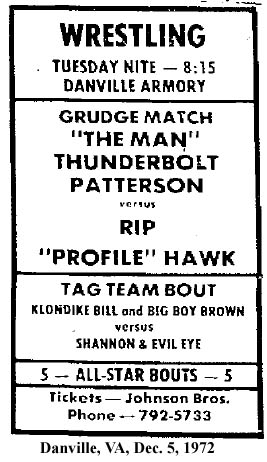 But a lot of his contemporaries have nicer things to say. “When I got to Atlanta, Thunderbolt Patterson gave me a lot of advice on interviews, and a lot about my individuality and being myself,” said Lanny “The Genius” Poffo. “Going in a car with him was an education because he was the biggest star at Gunkel Enterprises.”

Patterson’s battles didn’t stay confined to the ring. In 1988, he emerged as a labor organizer for the Service Employees International Union in Atlanta, a job with his first decent shot at health benefits. He also ran a foster home for troubled boys in Atlanta.

While he’s done his share of bouncing around, Patterson said he never thought about throwing in the towel on wrestling. At 52, he was one-half of a wining tag team with Brad Armstrong as part of a legends’ package at Slamboree 1993. He’s still anxious to tell his story and has drawn the interest of a couple of Hollywood screenwriters. He also will make an appearance this weekend at the NWA Legends Fanfest in Charlotte, where he’ll speak during a Sunday service.