Mat Matters: Gene LeBell, dead at 89, was an old softie 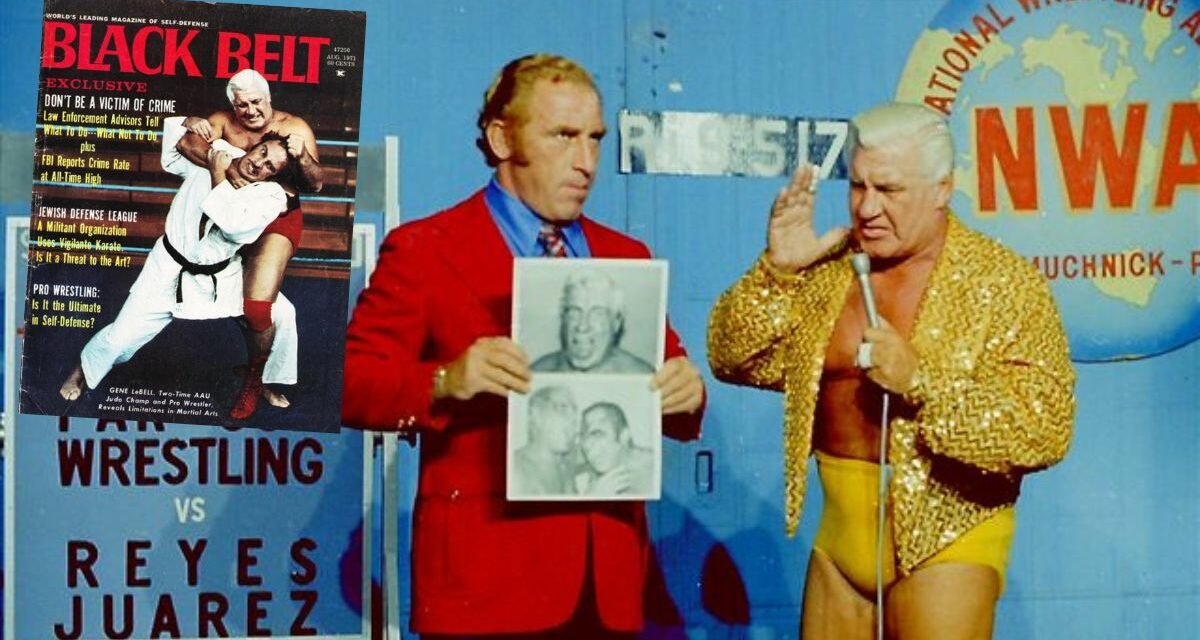 All the superlatives that you will see in the coming days about “Judo” Gene LeBell following his death on August 9, 2022, at age 89, are more than deserved.

He was the toughest man on the planet, grizzled and worn, his craggy, gumpy-looking mug always intimidating and rich in detail, the remaining wisps of his red hair never resting in place.

And that voice. It growled, like it was coming from a deep, threatening place, a dark alley in the wrong place at the wrong time.

LeBell trained some of the best fighters the world has ever known, including having a hand in current WWE star Ronda Rousey’s career. He was more than happy to tell you about it, if you asked.

Judo Gene made it to the movie screen too, in countless roles, and those who have succeeded since, like “The Rock” Dwayne Johnson and John Cena, owe him a debt of gratitude.

Much of his career is detailed in Dave Hillhouse’s long interview with him on this site from 2006: Straight shooting with ‘Judo’ Gene LeBell (so go read that next), and in his many books, both on combat fighting and his own life.

However, what will be lost in all the praise for his sheer ability to break people physically was the joy he took in making people smile, making them laugh, and in giving of himself through charity and outreach.

David Marquez of the United Wrestling Network shared a joke in a Facebook post: “We had a running gag, he’d see me, shake me hand and say: ‘Your name is David right? I have a son named David. I don’t like him either.'”

It’s odd to say that “mischievous” applies to someone who could bend you like a pretzel, but it did.

His wife, Midge, was often along for the festivities.

When they were at the Cauliflower Alley Club reunions — where Gene was royalty — there were knowing winks before a simple gag, then laughter. He was always happy to pose for a photo, often setting up a hold where, had he sneezed, the other person would be hospitalized.

His personality was disarming with the threat of being dis-armed. 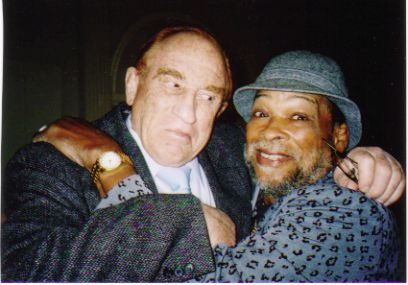 Oh to have been there at the celebrity roast that was thrown for Judo Gene in Burbank, California, in March 2002.

I was there in Newton, Iowa, when he was honored by the Tragos/Thesz Hall of Fame with the 2005 Frank Gotch Award winner for his contributions to wrestling. LeBell’s speech was spot-on, noting that he was “in heaven right now” since he was surrounded by wrestling legends, current and past. A small sampling:

LeBell could take a joke too. Tragos/Thesz Hall of Fame founder Mike Chapman took great glee in poking fun at LeBell. On the fabled Muhammad Ali-Antonio Inoki non-finish of a fight from 1976, Chapman joked that “if they had had a decent referee it might have been a different finish.” The referee for that bout? LeBell.

Yet my takeaway when I think back to that event was he and Midge working the small room, shaking hands, slapping backs, making connections. 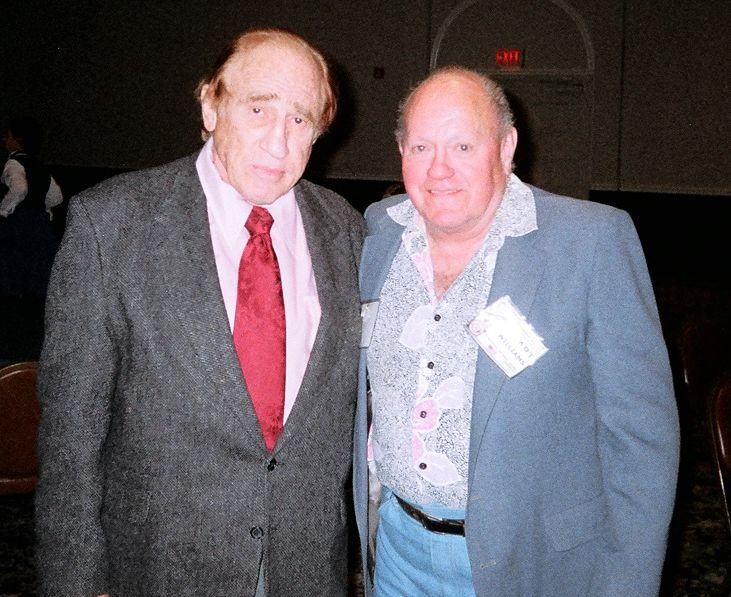 Two of the stalwarts of the Los Angeles wrestling office, Judo Gene LeBell and Art Williams at the 2006 Cauliflower Alley Club banquet. Photo by Greg Oliver

LeBell gave and gave, until he couldn’t any longer. As he aged and wasn’t able to be Judo Gene any longer, he started to turn down appearances.

One of his last big scenes was in the documentary, 18th & Grand: The Olympic Auditorium Story. The filmmakers behind it posted a tribute after Gene’s death:

We’re heartbroken to announce that Gene LeBell has passed away. It’s often said that someone is a unique individual, but really and truly there was no one like Gene. If you were his friend, he’d go to the mat for you. (I don’t want to imagine what it was like to be his enemy.) He was a trailblazer: a wrestler, MMA pioneer, Judo champion, Olympic enforcer, stuntman extraordinaire. He’s at the center of 18th and Grand. When we met and convinced him that we were doing this project to remember and document the Olympic and the career of his mother Aileen Eaton, he was on board–our very first interview–and opened numerous doors. We spoke regularly, often for hours. And when we showed him the final cut of the documentary, it was his approval that we eagerly sought. (He loved it, thank god.) We remember him, and cherish the memories. Gene, you were the best. Rest easy champ–it’s a much less interesting world without you.

The charity, the sheer giving-ness, “That’s Gene’s gimmick,” said Mando Guerrero, who was one who fell under his influence, first as a wrestler where Gene’s brother, Mike LeBell, ran the wrestling business out of Los Angeles, after the passing of their mother, Aileen Eaton, and then after Gene got Mando into stuntwork and acting.

“All it is, is he helped start a lot of guys, and they’re paying him back, and keeping him in mind. And he’s such a lovable guy. I’m very happy that he looked at me that way,” said Mando.

That was loyalty, noted “Big” Bill Anderson in a 2008 interview on this site. “Gene had a knack for looking after the boys in the business. If he was in charge of being like the stunt coordinator on movies and he needed three or four guys to take some falls, if at all possible he would bring in wrestlers because he knew we could do the job,” explained Anderson.

Now, with the passing of “Judo” Gene LeBell, it will be up to his many, many friends, students, associates, partners, opponents and colleagues to carry on his legacy.

Note that I didn’t say peers — he didn’t have one of those.