Guest column: Gene LeBell was one of a kind 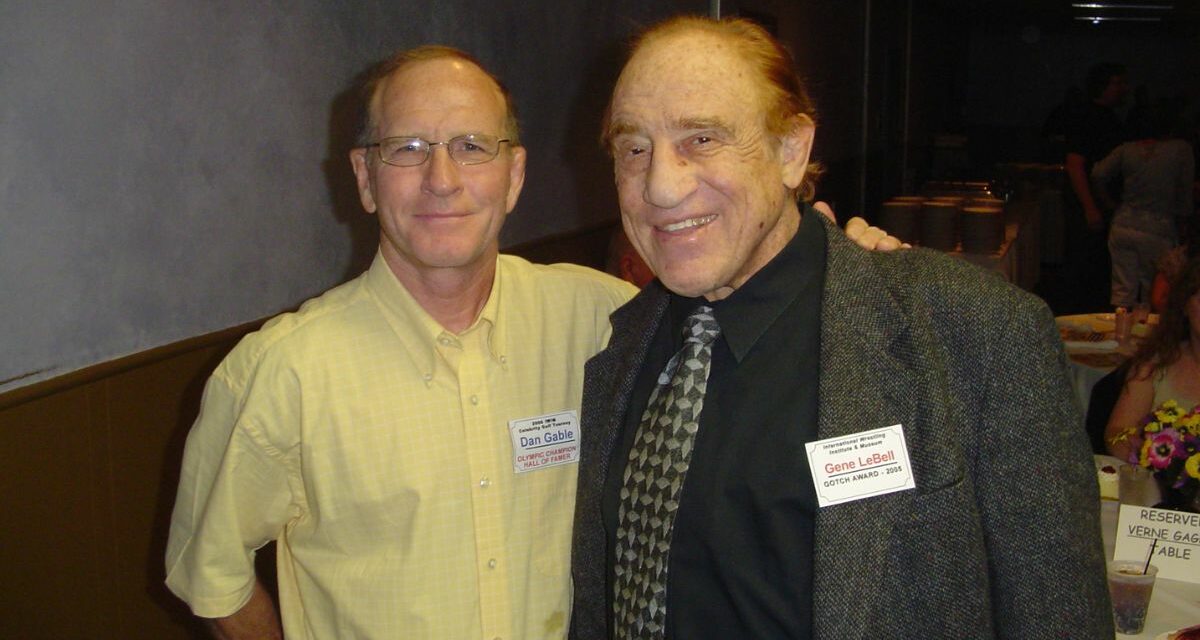 When I created the International Wrestling Institute and Museum in Newton, Iowa, in 1998, one of my goals was to build a bridge between the worlds of amateur wrestling and the pro game. Many amateur fans resented the way the pro game was so much more popular with the media and fans.

The best way to do that I felt was to showcase the careers of the men who had walked both paths successfully – wrestlers like Lou Thesz, Verne Gagne, Dan Hodge and Brad Rheingans. It helped that all four were good personal friends of mine.

To do that, I created the George Tragos-Lou Thesz Professional Wrestling Hall of Fame, named for the great NWA world champion and a legendary shooter who had taught Thesz the ropes when Lou was just getting started on the pro circuit.

Lou and his wife Charlie came to Newton to help plan the pro wing of the museum, and they stayed with us for a total of 14 days over two trips. And that is when Lou began telling me about the great career of Gene LeBell.

Having dabbled in judo and sambo myself, I had heard Gene’s name for years but I did not know much about him until Lou began talking. I was immediately hooked (pun intended).

In 2005, we honored Gene by inducting him into the Tragos-Thesz hall with the Frank Gotch Award, given to a wrestler who has brought great credibility to the business. In addition to his wrestling and martial arts fame, Gene was a legend as a movie stuntman. Gene and his wife Midge came from California and were a huge hit. Fans clustered around him at the inductions, the banquet and at an open house later at the museum. 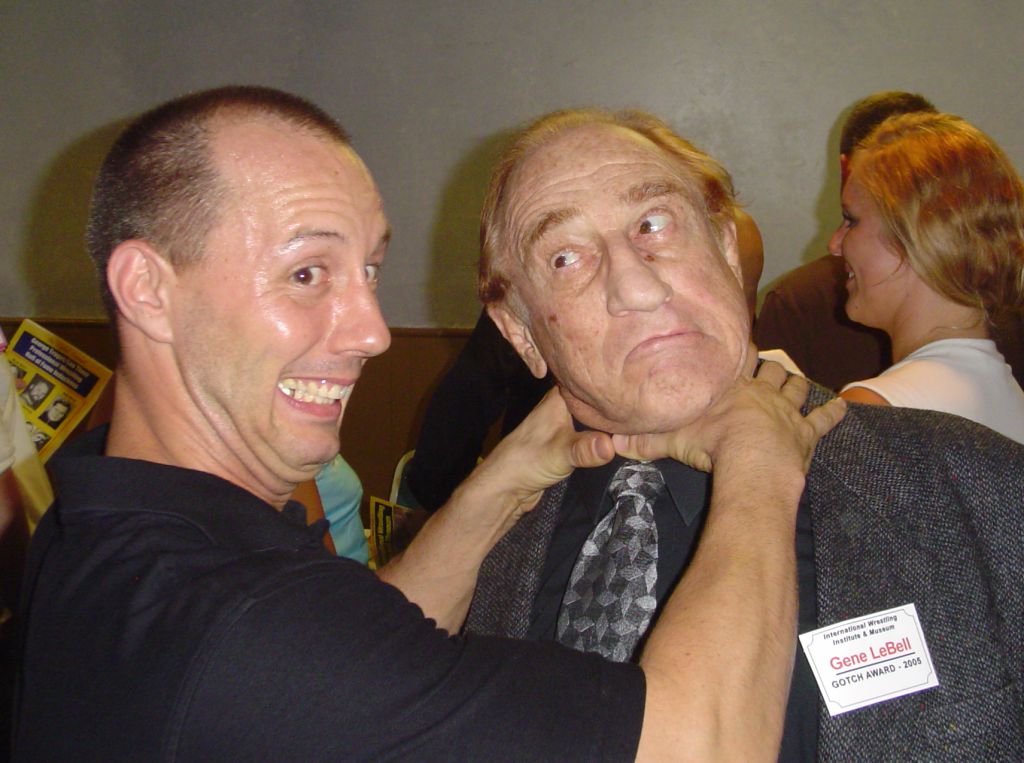 Mark Moser, head wrestling coach at Fort Collins High School in Fort Collins, Colorado, does his best to subdue Gene LeBell at the Tragos/Thesz Hall of Fame induction in 2006. Photo by Mike Chapman

His ability to tell stories was off the charts, and he would sprinkle in brief demonstrations of his favorite holds. He had his “victims” squirming and jerking as he smiled, gently applying the painful locks while talking to the spellbound fans. He posed for dozens of photos and signed countless autographs.

Gene came back the next year just to be a part of the festivities. He had immense respect for Lou Thesz and Dan Hodge – “They are the real deal,” he said to a group late one night. “You don’t want to mess with either of them, no matter how tough you are.”

Gene stayed in touch with my wife Bev and me for nearly two decades, and I treasure the short notes and messages. He sent us Christmas cards every year until about two years ago and would include his iconic cloth patches…. always with a drawing of himself and a catchy saying.

Two of them that stick out in my mind are as follows:

“Fighting is short-lived – Love is forever.” It has drawings of Gene and Ronda Rousey, both scowling. 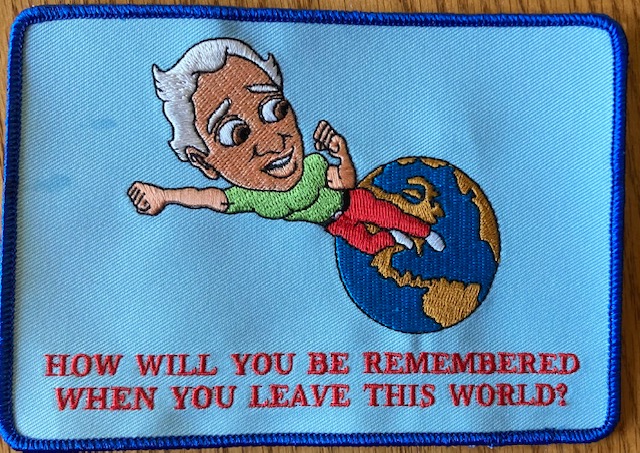 And then this one, the best of all: It shows Gene flying away from the earth with a big smile, and the words, “How will you be remembered when you leave this world?”

Gene LeBell didn’t have to fret about how he would be remembered. He was idolized around the world for stupendous careers in judo, mixed marital arts, pro wrestling and amateur wrestling. And for his kindness and generosity with his fans.

He was one of a kind – a legend from the roped rings to the movie sets of Hollywood, to dojos and wrestling rooms around the globe.