Dungeon Wrestlers: Of Broadswords and Bodyslams 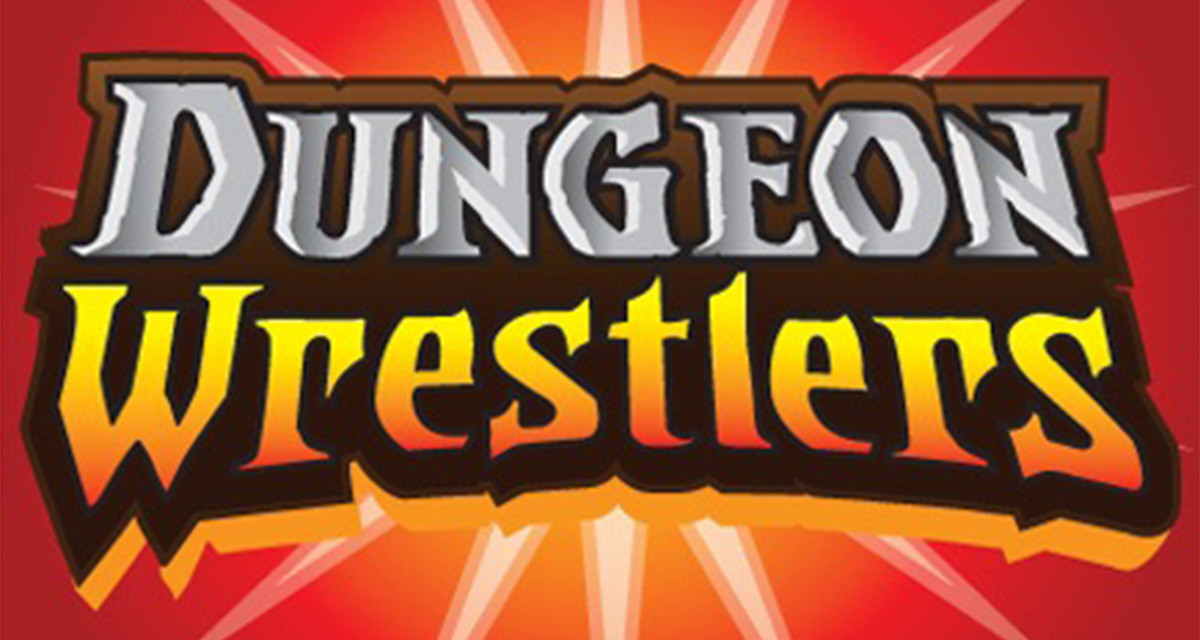 Gather ye round, for I hath a new scroll to unveil for yon eyes. This tale that I, your Dirt Sheet Dungeon Master, will reveal upon thee is a grande olde tale, full of monsters and men, dwarves and dropkicks, and wrestleholds galore. Gaze forward as I review the tale of Dungeon Wrestlers. 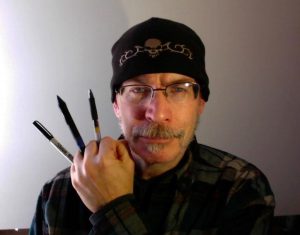 Thy tale, which is best viewed in its current form as a free web comic through the magical inter-browsers at webtoons.com, tells the tale of Brody “The Barn Door” Broheim, wishing to become the kingdom’s wrestling champion so that he can get his family a big farm. During his journey, he happens upon Duggar Hamm, a Dwarf manager who was once an All Dwarven champion with DWF (Dungeon Wrestling Federation), who takes young Brody under his wing, as he has an eye for new talent (among other things).

At four issues to date, Brody is just starting to learn the ropes (and the orcs) of the business, and there are more opportunities for further adventures. But the stories are chock full of masked elfin mat masters, sneaky thieves, horrid monsters outside of the ring, aggressive orc style, and verily…scheming dwarven mischief management (because dwarves…am I right, fellow paladins?) Never hath the two types of sports and fantasy entertainment come together with such ease, outside of Brandon Cutler.

The tales, as scribed and illustrated by Dan Bryce, were the result of a story idea Bryce had wanted to tell for many years. As I summoned a spell to speak with master Bryce from his castle in Buffalo, NY, I asked how this adventure came to be. “Well, I worked in the toy industry for many years as a concept artist and an inventor and all my work was … very confidential.”

So why this particular brand of genre, I inquired? Bryce mentioned that he is himself a gamer, “So when I noticed … in the hobby game market, there is kind of a subset of people that are pro wrestling fans there that … play wrestling games and mail-in wrestling games where they create wrestlers, and fight with wrestlers.” Thus, after 25 years in the industry, Bryce began in earnest to work on Dungeon Wrestlers.  He also received editing assistance from another fellow scribe, Patrick Barb, who also assisted on the graphic novel The Comic Book Story of Professional Wrestling.

Of course, in starting the project, there were different spells to learn to bring the magic of Dungeon Wrestlers to life (or as others might call it, “computer programs.”)  “….there was a steep learning curve I had to … learn some new software. It’s all done digitally. So I have to digitally ink it, and learn how to do the the lettering and the type and the coloring.” 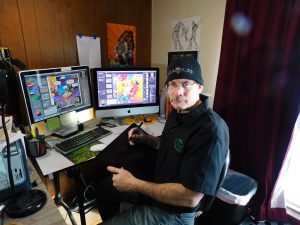 Bryce works on a panel for Dungeon Wrestlers.

But there are plans to set the story from the magical inter-browsers onto traditional parchment (a “comic book” if you will). “I’m just trying to build up momentum for this project right now,” Bryce spoke thusly, “Because everybody that we could potentially reach out to right now could also be, you know, a potential backer on Kickstarter or Indiegogo.” But of course, any magical platform that can transform the work and make it level up in further performance and audience would be welcomed by our scribe.

For the time being, ‘tis best that people check out Dungeon Wrestlers here, and eventually at its official website, which is currently under construction, for updates.