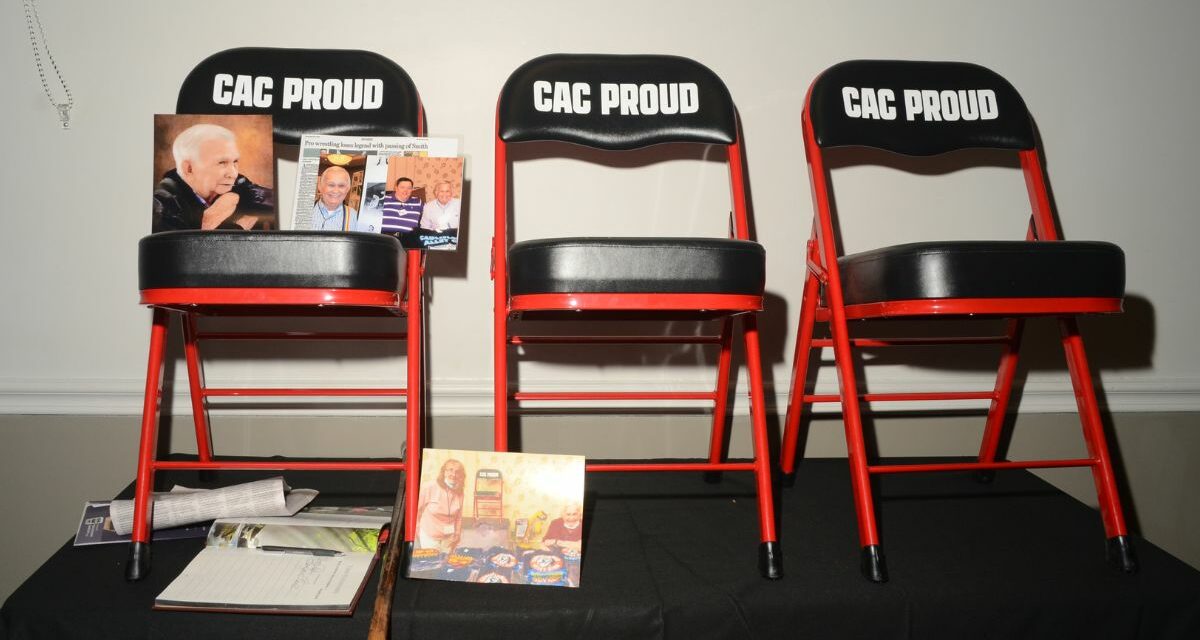 LAS VEGAS — The voids are there and absolutely unavoidable.

One cannot help but think of the Cauliflower Alley Club brothers and sisters who are not here for this reunion, as many of them were key players in the history of the organization and a familiar face you would see every year.

Then there is the still looming specter of COVID-19, the global pandemic that claimed a few people too, and has not left yet.

After many years at the Gold Coast Hotel & Casino, off-strip in Vegas, the CAC is back at the Plaza Hotel & Casino at the end of Freemont Street. That has brought a lot of happiness at least, with merry-goers able to patiently wait for the traffic lights to merge into the thumping bright lights of Freemont, the air thick with smoke (cigarette, pot) and light-hearted debauchery.

You can find those kind of photos throughout social media, the Canadian contingent in particular having turned out in full force after a tiny showing of five (this writer included) in 2021, the border crossing rules over COVID being so difficult.

However, for all the familiar and old faces here, it does come down to loss.

That’s why the photo snapped by Brad McFarlin, one of many ace photographers here, truly speaks for the reunion. Empty chairs.

Charlie Smith, his honey-smoked gravel of a voice, isn’t here peddling the T-shirts he designed.

Howard Brody, a former CAC board member, is gone, his rants about some of the ridiculous he’s experienced in this ridiculous pro wrestling business gone too.

Reggie Parks, belt maker extraordinaire, was a victim of COVID after the last reunion, and we later learned that he was not vaccinated. With Reggie, you were more likely to find him at a slot machine than in the gimmick room, but he’d always stop to talk.

Referee Tim White had been at the WWE table in 2021, laughing and having a great old time. He’s gone too.

Another referee, Mickie Jay / Mickie Henson, had been a previous recipient of the Charlie Smith Referee Award at the CAC. At least with Mickie, he’d battled cancer for years, so there is some ability to process that it was coming.

Pepper Martin, the loveably long-winded and much-experienced wrestler and actor, passed away, leaving many words unsaid.

The Yetti Bryan DeBord was not as well known, but had been to CAC reunions, and returned home to COVID and died.

We still don’t know all the details on the passing of Tom Cusati, who was a manager as Royce Profit and a promoter, but he was an unmistakable presence at reunions and lived in Vegas.

As meaningful as all of the named were to their friends and family, and to the wrestling business, nothing compares to Karl Lauer, who was the executive at CAC who actually made things happen for details. In many ways, he was “Mr. CAC” and his passing is the most poignant of all.

There will be tributes to these figures and many more at Tuesday night’s Baloney Blowout — itself named after the late great Nick Bockwinkel — at at tomorrow night’s banquet.

Until then, the message is definitely to appreciate the here and now.

TOP PHOTO: A small memorial to those who are not here at the 2022 Cauliflower Alley Club reunion. Photo by Brad McFarlin.