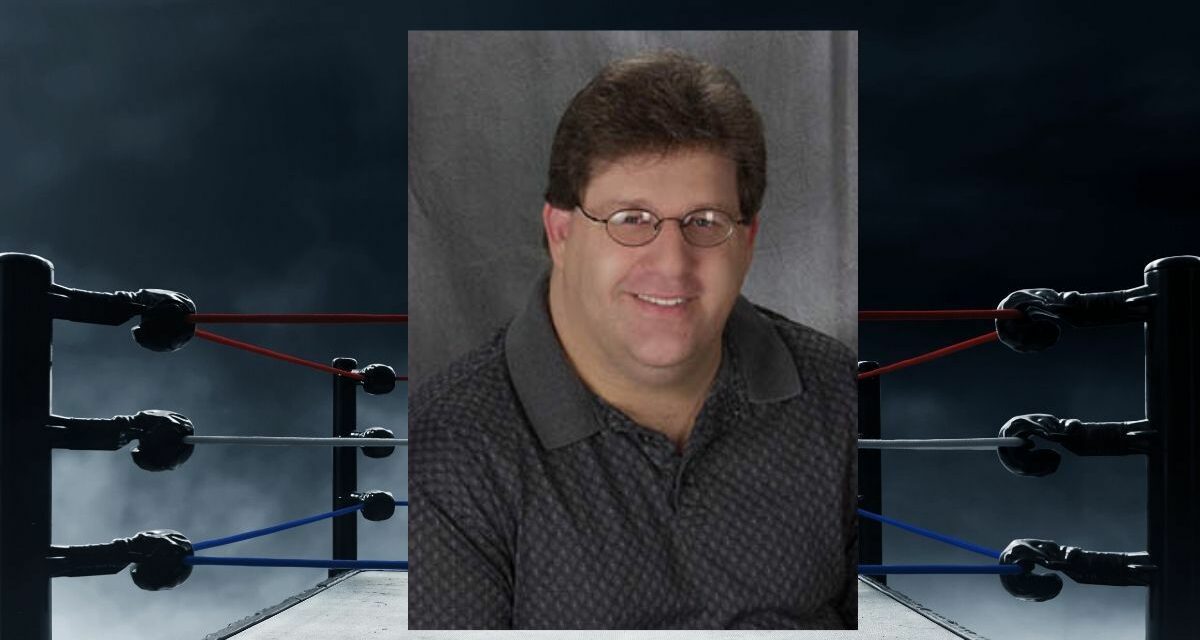 Howard Brody, who was a long-time promoter of pro wrestling, an author, and a former NWA President, has died.

News broke last week that Brody was in critical shape in Las Vegas after quadruple bypass surgery, followed by an infection. Many in the wrestling business sent their prayers, hoping he would pull through.

Brody wore many, many hats through the years, and walked away from pro wrestling on more than one occasion too.

Profile-wise, his book with Dusty Rhodes, Dusty: Reflections of Wrestling’s American Dream, might be what most fans know him for, though his run as the NWA President, on a shared-role from 1993 to 1995, and on his own from 1996 to 2001, would be a close second.

During those years, Brody was fighting tooth and nail to re-establish the National Wrestling Alliance as something meaningful in the wrestling business. He tried to align promotions around the world, having the so-called independents working together again, as they had in the glory years of the NWA. Times had changed, though, and ultimately the NWA never really meant anything again until Billy Corgan bought the rights in 2017, making it one entity and not a collective.

There was an NWA invasion of WWF in 1998, where Brody appeared on Monday Night Raw with Jim Cornette and Dennis Coralluzzo.

Brody was actually trained as a journalist, studying Journalism and Communications at Broward Community College, in Florida, and Journalism, with a minor in film, at University of Florida in Gainesville. The skills would serve him well on the book with Rhodes, and his own memoir, 2009’s Swimming with Piranhas: Surviving the Politics of Professional Wrestling.

Respected wrestling writer Mike Mooneyham described Swimming with Piranhas: “The book is not so much about the major promotions as it is about trying to survive in the unstable — and often unscrupulous — world of the independent wrestling scene, the dark underbelly of the business, where con men and hustlers abound. Attempting to navigate those piranha-infested political waters posed a tremendous challenge to Brody, and more often than not he found himself swimming against a tide of greed and corruption that ultimately cost him financially and personally.”

Brody went down the road with Erin Moran, from Happy Days, on her autobiography, but it was never finished. He went as far as to post, “She’s perhaps best known for her role as Joanie Cunningham on the iconic TV show Happy Days, but Erin Moran has been acting since the age of four. She and Howard are working on her biography and it’s got BEST SELLER written all over it!” on his now-defunct website.

Through the years, Brody has had pieces printed in The New York Times, Starlog, Comics Scene. Since 2015, he had written a weekly column on business in Las Vegas for the StripLV magazine, and contributed to Vegas Smartly. Some of his work is available on this website, including guest columns, in our Howard Brody archive.

As a promoter, Brody championed women’s wrestling especially, running woman-only shows in the 1990s — primarily under the Wild Women of Wrestling banner. 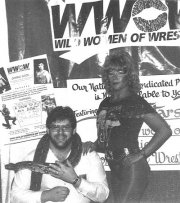 Starting in 1993, Brody teamed with Hiro Matsuda for World Superstars of Wrestling, Inc., which was meant to be an English-language version of New Japan Pro Wrestling, for distribution outside of Japan as Ring Warriors. Craig DeGeorge and Sir Oliver Humperdink were the hosts to start, and later Gordon Solie replaced DeGeorge. Unfortunately, Matsuda’s death derailed some of the plans.

“He was my best friend over the last few years,” Brody told SlamWrestling’s John Molinaro after Matsuda’s death in 1999. “My fondest memories of Hiro have nothing to do with wrestling … We had traveled to Europe (to syndicate the show) and I just remember travelling with him to France and Monaco and seeing the sights.”

Brody foresaw the Internet as an important part of the pro wrestling business, and the World Superstars of Wrestling was an initial attempt to distribute wrestling online, years before the streaming technology was there to make it truly work.

Ring Warriors returned as a promotion in 2011, and again in 2018, with neither attempt making many waves.

On the personal front, Brody lived in many places over the years, and had ties everywhere from Brooklyn, New York — his hometown — to Hollywood, Florida, where he finished high school. In 2015, he left Florida, his long-time home, for Las Vegas, where he worked as a Marketing & Operations Consultant at Louis Mamo & Company.

He had no children.

Further details on his passing on August 24, 2022, are still forthcoming.