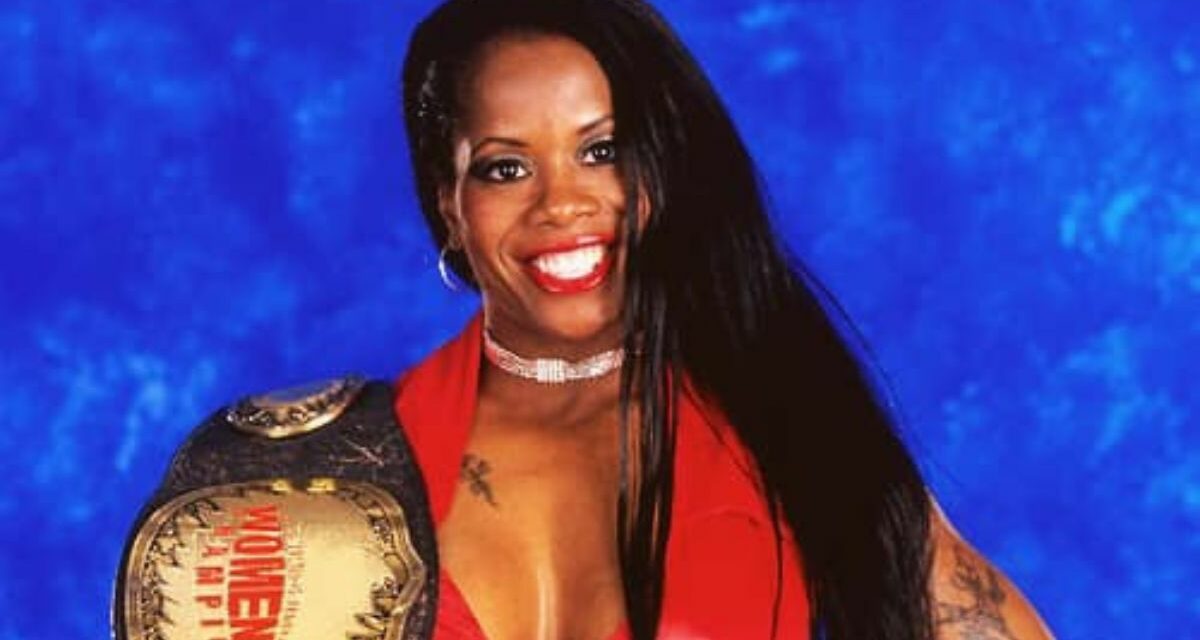 But she did all of that and then some, leading to a 2016 WWE Hall of Fame induction and, now, the Women’s Wrestling Award from the Cauliflower Alley Club.

But that’s exactly what she did, not even realizing some of the milestones as they happened.

“I didn’t go out to be the first African-American women’s champion. I went out there to do my very best… When I won the title, it meant a lot,” Moore said of her 1998 title bout against Sable. “Little girls, like I say, I can inspire little girls. They see someone [who] look[s] like them. Representation is very important.”

“The storylines, the wrestling, everything. The energy that the Von Erichs had – the people, they loved it. And they’d sell out crowds,” Moore said.

Plus, there were women on the World Class cards.

“I don’t know a specific match [or] matches that the women did. But I just seen women there. Just in the ring, putting on a great show,” she said. “Like I said, people they ate it up. That’s what inspired me.”

Moore trained with Texas wrestling legend Skandor Akbar after seeing an ad in TV Guide. Within a year, she was in her first televised match.

“My opponent at the time was Blue Angel, and they put me over,” Moore said. “That was my first match I won. I beat the Blue Angel. I was so excited, the crowd was really, really, really into it.” 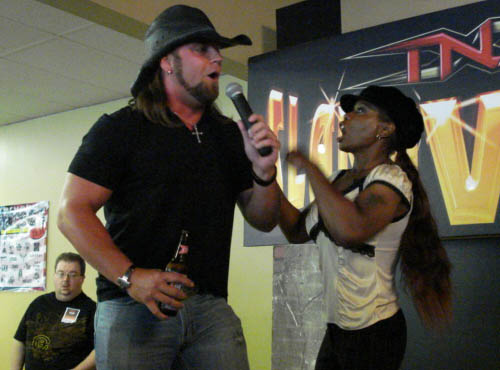 James Storm and Jackie at a TNA Slammiversary fan fest in June 2007. Photo by Bob Kapur

‘A TRUE HALL OF FAMER’

Moore’s career also took her to then-TNA, where the majority of her work was as a manager.

“I like TNA, but I wish they could have done more with me. They didn’t showcase my talent, they didn’t let me do a lot,” said Moore, who spent the majority of her TNA tenure in a managerial role.

Still, was in the first women’s steel cage match with Gail Kim, who said the WWE Hall of Famer is the toughest woman she’s ever stepped in the ring with.

Kim said she loved seeing Moore’s personality growing and getting to know her behind the scenes during their TNA tenures.

“I still consider my feud with her to be the catalyst pre-Knockouts (women’s) division, because it was the ‘test’ to see whether TNA would continue to trust women to perform in the ring,” Kim said. “We took that ball and ran with it and I am honored that I had the chance to work with her, a true hall of famer.” 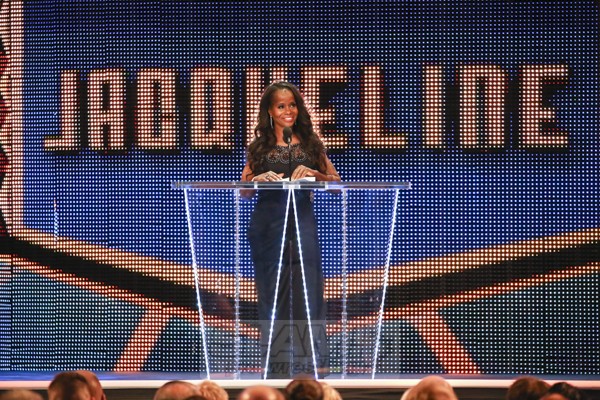 Jacqueline is inducted into the WWE Hall of Fame in 2016. Photo by Ricky Havlik, https://www.instagram.com/havlik_photo/

One man she worked with was Chavo Guerrero Jr., who she took the then-WWF Cruiserweight Championship from in 2004.

“The only thing I can remember, I know they told me that night… I would be wrestling for the cruiserweight title, and I’m doing a double take,” she said. “… At the time, Chavo Guerrero Jr. He was the champion, and so I wrestled him. And he’s awesome to work with. And he’s a great guy too… He made me look strong.”

Through it all, Moore said she hopes she “opened a lot of doors for women of color.”

“I hope I opened a lot of doors for women of color. Young girls and young ladies can be inspired by what I did for the business, some sense that I’m an inspiration for them. And I hope women today – they are main eventers now,” Moore said. “You see, and I think people come to watch the women now because they put on a good show and they’re fun and exciting. So, I mean we had a great time when I was wrestling. I think they have more opportunity now than we did back then. But hopefully I opened the door for them, and they can do it for the next generation.”