Maddison Miles a star on the rise 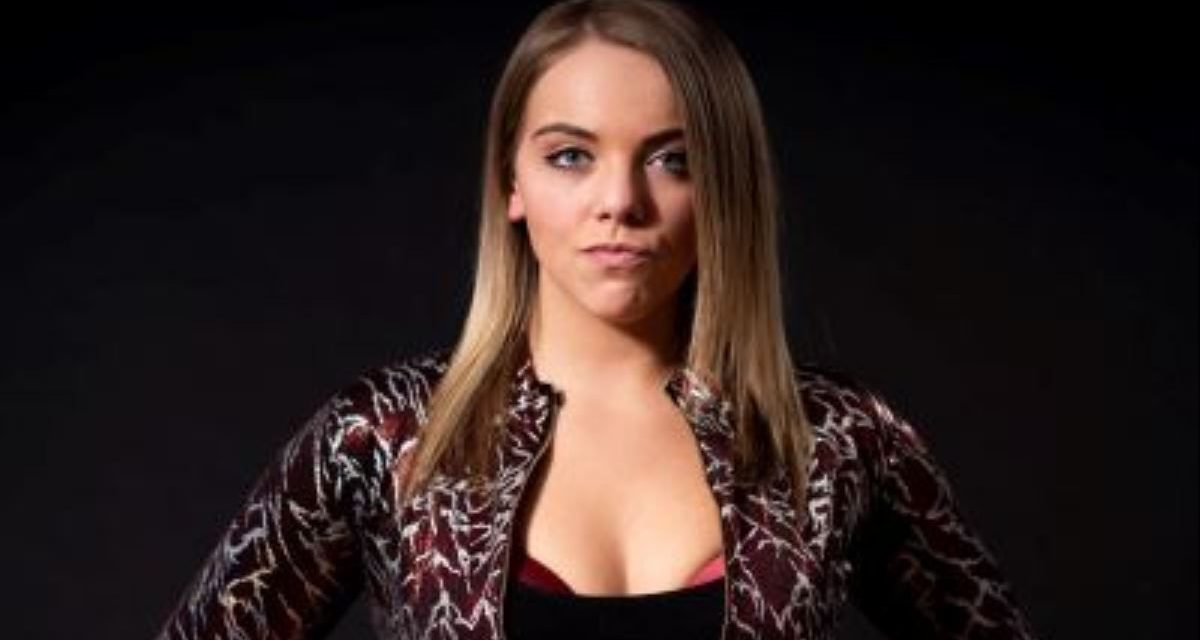 At the young age of 20, Maddison Miles is living her best wrestling life with a long list of accomplishments that would wow any long-time talent or fan of the business. Wrestling on a full-time basis for four years, she’s clocked about 400 matches under her belt, and has performed in nine different countries — with plans to add more in 2020.

Miles is currently the DOA UK Women’s Champion (for the second time), as well as one-half of Germany’s Power of Wrestling Women’s Tag Team Champions (along with Kat Siren), was the first-ever Maritime Women’s Champion, and once held the CWF Women’s Championship. She has worked for approximately 51 promotions during her tenure, recently scored the 93rd spot in the 2019 Pro Wrestling Illustrated Women’s 100, and will be honoured with the Rising Star Award come April at the 55th Annual Cauliflower Alley Club (CAC) Reunion banquet.

How is it that someone so young has done so much in this industry, in so little time? Simply put, wrestling has been on Maddison Miles’ mind for quite sometime now.

“My dad’s been a life-long wrestling fan, he used to go to all kinds of wrestling shows. I actually went to my first one when I was three years old, and we would watch wrestling on TV all the time,” Miles told SLAM! Wrestling. “When I was four years old, we went to a show where I saw a female wrestler there, and I was right in the front row. As soon as I saw a girl wrestling, I was like, ‘Oh, my God … girls do this too?’ and from then on, I was just hooked.”

After that pivotal moment in her life, Maddison was in love with wrestling. Hailing from Sackville, Nova Scotia, her dad would take her to as many wrestling events as possible, within a nine-hour radius of their home.

“We’d always make family weekends and trips of it,” she relayed. 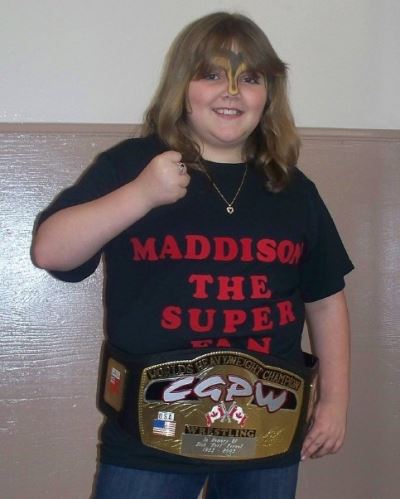 When she was just eight years of age, Miles began to experience wrestling on a whole new level by helping out at live events. She’d worked the door, handled money, managed the merchandise stands, and assisted with music. Between the ages of 9 and 11, Miles raised money for the non-profit organization called Christmas Daddies, and would be let into wrestling shows early to set up her charity table, thus, being exposed to ring setup and backstage work. When she hit 12, she was doing backstage interviews for companies and ringing the bell before matches. Once she turned 14, Miles evolved to ring announcer, setting herself up for what she was really destined to do: wrestle in that squared circle.

“When I was 15 years old, one of the trainers around here, “Wildman” Gary Williams — that’s who trained me — came up to me and said, ‘Well you are really young, we’ve never trained anyone that young before — and you are a female — but, do you want to train? You’ve been helping out for so long …’ I was like, ‘Well, of course I do!'”

Williams figured that he first met Miles when she was only five or six. “Even then I knew she had a passion for pro wrestling,” he said. “As she got older and entered her teens, she then realized that becoming a pro wrestler was the only thing she wanted to do. When she approached me for training at 14 years old I knew I what I had to do. I wanted to make this little girl’s dream become a reality. So with consent from her parents and a ‘in ring’ physical assessment, I felt confident that she was mature enough and ready to be trained.”

And, the rest, as they say, is wrestling history.

Her first official match was in Campbellton New Brunswick, on November 7, 2015, and it was against a masked wrestler named Riccardo Sombrero — and it’s been full-wrestling-steam ahead ever since for Maddison Miles. In fact, her love of the ring not only has helped her to become a rising star in the business, it even earned her a high school credit, and she was able to graduate early to head out on the road. Her school considered her in-ring action as a job placement, and as teachers and staff could see that wrestling was Miles’ career goal (and passion), they allowed her to earn her diploma earlier than the norm. Despite 110 absences in Grade 11, Maddison kept a 94% average at school.

What keeps her going and motivated when it comes to wrestling?

“For me, there are two things I love the most (about wrestling). When I break the curtain, no matter how nervous I am, or how much anticipation and anxiety goes into it, you lose yourself in those moments. I know that whether I am a good guy or a bad guy, when I get the reaction that I’m looking for … that feeling of accomplishment is there on so many levels,” she said.

“Combined with that, the empowerment of it. For me, I remember how I felt seeing a female wrestle in that ring, and I want to be that person for others.” 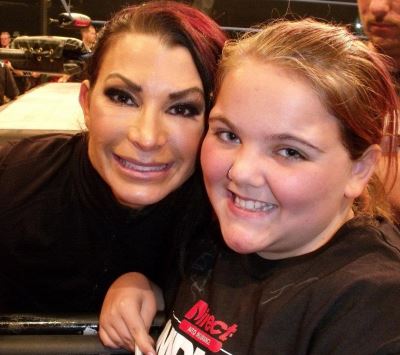 Victoria/Tara with Maddison at an Impact Wrestling taping.

Things came full circle for Miles in 2017, when she was able to get into the ring with former-WWE superstar Victoria, who was also once a wrestling inspiration to her. 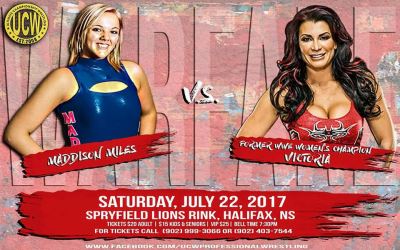 Maddison Miles vs. Victoria from 2017.

David Boyce, co-promoter of Kaizen Pro Wrestling, has seen Miles mature through the years. “Even at 16, Maddy’s work ethic was better than some of the men. She was always one of the first to show up for ring crew, sometimes it was only her putting the ring together, and one of the first ones with gloves on at the end of the night to tear down and pack away the ring,” said Boyce. “Her dedication was evident in any aspect. She was always networking and getting booked not only in every local company, but branching out to other companies in the Maritimes, Canada, and abroad.”

So, what does the future hold for Maddison Miles, who recently moved to England? 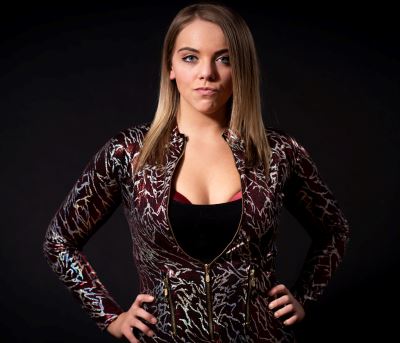 “I’m very much a go-with-the-flow type person; if something is meant to happen, it’ll happen. I’m a very strong believer in that things happen when they are supposed to, especially when it comes to big opportunities. So, this past year I had a WWE tryout at the age of 19 years old, something I definitely didn’t think would happen. I’ve come to learn over the past few years that I’ve been wrestling, to be proud of what you have done, and not to dwell on what you haven’t done. I try to set goals to be the best me I can be, and the most successful me in wrestling … and I’m super grateful for any wrestling opportunity I can get.”

She has a believer in Williams of the Wildman Academy. “Maddison has surpassed all of my expectations. She’s been all around the world and has made me so proud as her trainer. She has never let me down and I know she will be a huge star in the very near future.”

With all she’s done in this business, it seems like only the tip of the wrestling iceberg for Maddison Miles, with even bigger milestones for her to crush as she continues to rise higher and higher within this industry.