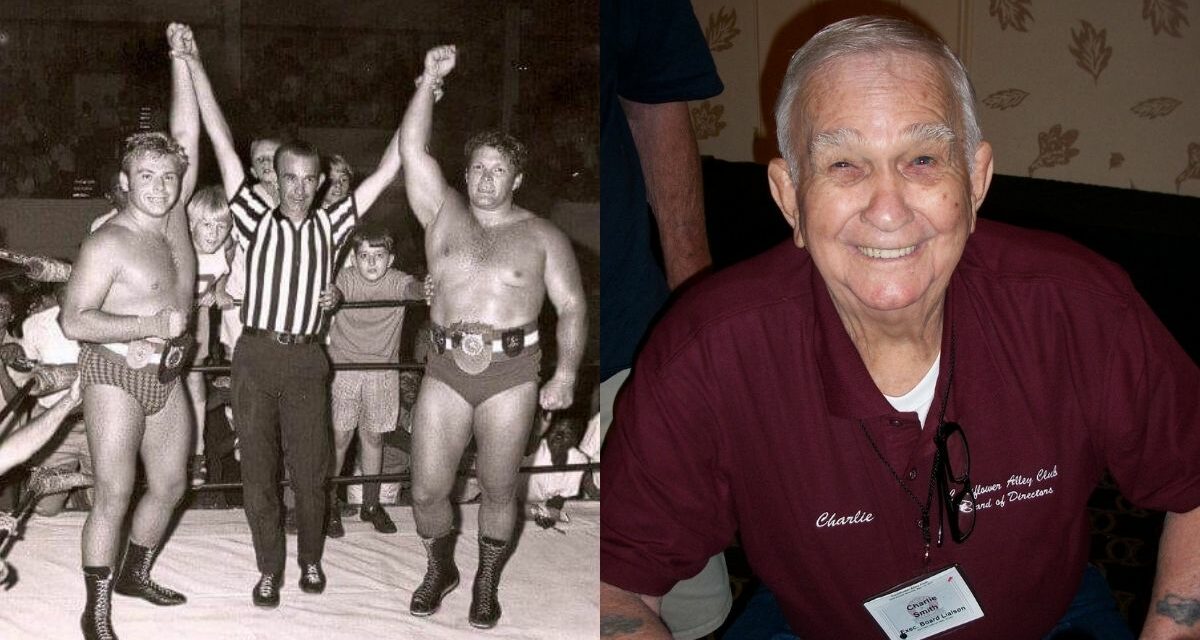 There’s a reason that the Cauliflower Alley Club named its referee award after Charlie Smith — he was that good, but he was also that memorable.

Anyone who came in touch with Charlie Smith, whose run on Earth ended on May 2, 2022, after 92 years, left both in awe of the goodness of the man, and wondering just what the heck he said.

Smith, born February 1, 1930, in Atlanta, Georgia, had a deep Southern growl, like a bottle of honey mixed with gravel, always accompanied by a smile and a mischievous twinkle in his eye. He attended O’Keefe High School and then West Georgia Technical College.

Rich Tate of Georgia Wrestling History once conducted a lengthy interview with Smith, who was 75 at the time. Smith talked about getting into the business when he was 25 years old:

Well, a buddy of mine one time told me they were having matches at the Lakewood Boys Club. He said, “why don’t you come out, Charlie?”. He told me it was every Saturday night. So I went out there, and I actually started wrestling. I didn’t really know anything. It was dog eat dog. Well, I started bugging the wrestling office in Atlanta about refereeing. And you had to be in the clique to get in the door. So I started refereeing for some independent shows.

Soon enough, he was making a whopping $5 a show refereeing. Charlie Harbin was his primary mentor, learning how to referee.

The Atlanta office (officially ABC Booking Corporation) called and asked Smith to work there. Initially, it was spot shows, but eventually, in the early 1960s, he moved up to working the major towns, such as  Atlanta, Columbus, Macon, Augusta or Savannah.

“When I went back to Atlanta the bosses said they had heard good reports about the job I had done,” Smith told the Walton Tribune in 2001. “I was able to referee once or twice a week. I didn’t get in the clique right away. I was able to work some on Fridays in the Atlanta City Auditorium and other smaller cities throughout Georgia.”

Smith was given added responsibility, running the ticket office from 9-to-5, and refereeing at night. Ray Gunkel, who owned a piece of the Atlanta territory, along with Fred Ward, Don McIntyre, Buddy Fuller and Paul Jones at various times, would call at 9 a.m. and then 5 p.m. to make sure Smith was there. Then, after closing the ticket office, Smith was expected to drive to referee wherever was needed in the territory.

“There were times I’d work a town like Savannah and get home at four or five in the morning. Sometimes I’d just go straight to the office and sleep there on the couch,” Smith told Tate. “I’d let the phone wake me up because I knew Ray would call just after nine.”

In the early 1970s, Smith was given the responsibility of booking some smaller towns in south Georgia, like Waycross Thomasville, Moultrie, Valdosta, Nashville.

The Atlanta office split in 1972, following the death of Gunkel, and Ray’s widow, Ann, took over. Smith stayed loyal to her promotion, which fought the NWA for two years.

When her promotion, All-South, folded, Smith was brought back into Georgia Championship Wrestling, and worked there until 1980.

When he was on vacation in locations such as Florida, Alabama and Tennessee, Smith would often plan ahead, and call the local wrestling office to get a few bookings as a referee.

For a time, Smith was also a local WWF referee in the early days of its national expansion, until 1985, and finally earned good paydays of $500 a night.

Of course, Smith didn’t stop there, and took the occasional legends booking as a referee right up until he couldn’t get into the ring. As his friend Chris Nelms posted on Facebook, “Today he was called to officiate the main event in heaven. I know he’s at peace & calling it right down the middle tonight, but I’m going to forever miss my friend.” 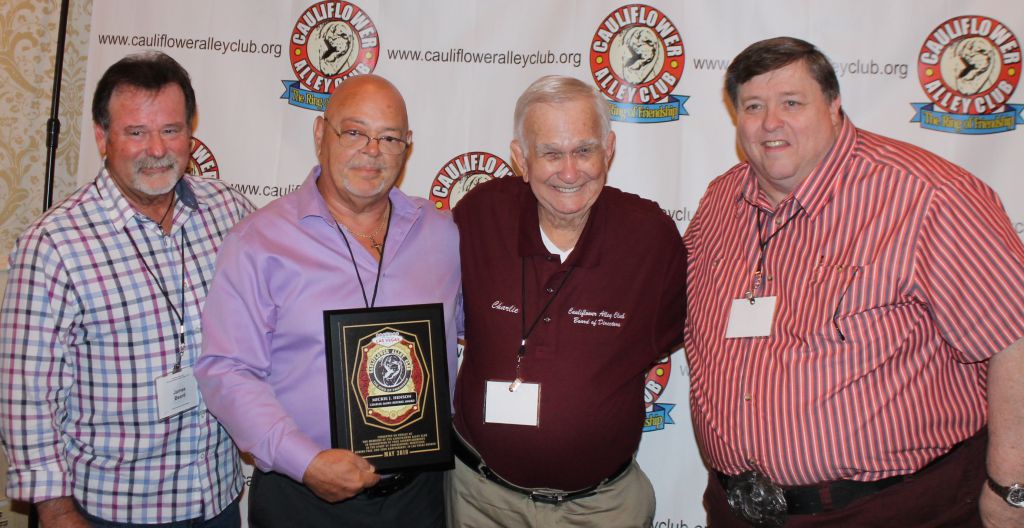 Smith always loved the gimmick table too, and was an early pioneer selling T-shirts and trinkets at Georgia shows. That love never ended, and for years, he organized the Cauliflower Alley Club’s gimmick table, creating and printing the T-shirt designs for each year’s reunion. His grinning face was a stable of the reunion. He was at the reunion in September 2021, using a mobility device. Post-reunion, he was hospitalized by COVID-19, but stuck around to see his 92nd birthday.

Loganville, Georgia, was Smith’s home since 1960.

Charlie is survived by his wife, Louise — they would have been married 67 years on May 27, 2022, and son, Michael, and daughter, Charlene, and their extended families. He is predeceased by his son, Ronald.

EDITOR’S NOTE: A reference to Smith refereeing outside of the U.S. was removed; the funeral information was added.