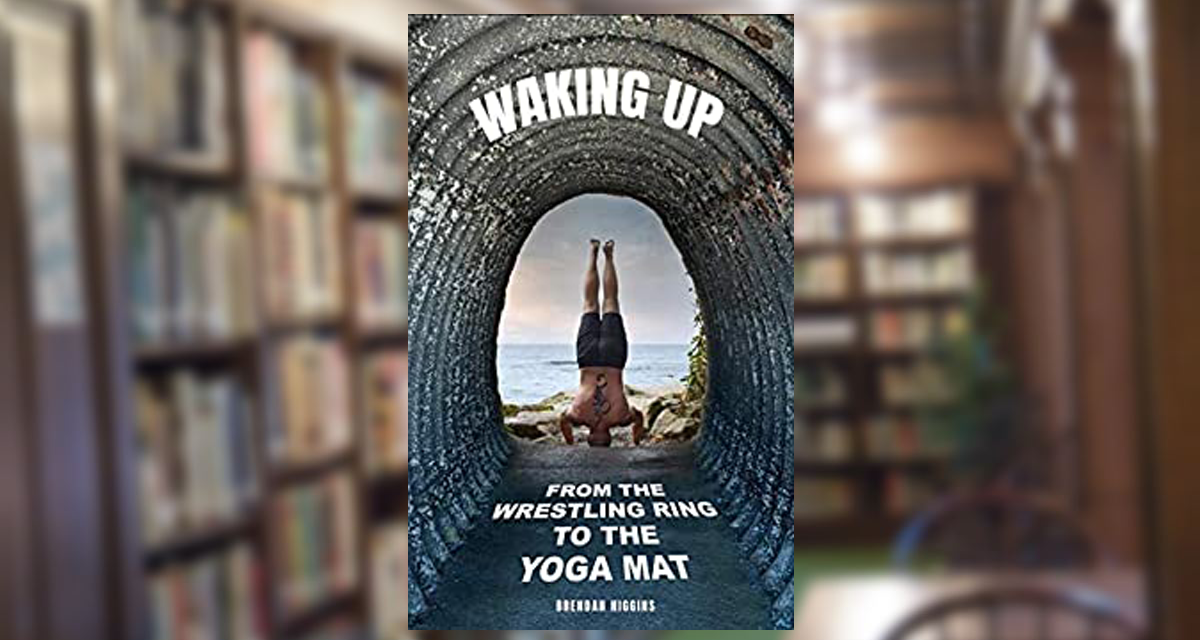 Over the last year many of us have been forced to work at home, be separated from loved ones and to spend an awful lot of time on our own. During this time of COVID-19, I heard a recurring theme in the media and print about being authentic and vulnerable. When Brendan Higgins’ autobiography, Waking Up: From the Wrestling Ring to the Yoga Mat, arrived at my house I was shocked to find out that this was not just another pro wrestling book. This book, out now from Redwood Publishing, is as honest and as vulnerable as a person can get. 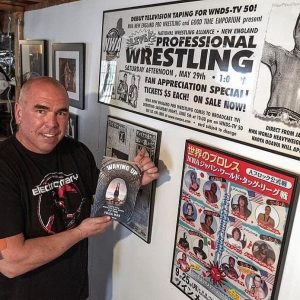 Higgins, better known as known as Knuckles Nelson, was a well known independent wrestler and trainer in the New England area during the 1990s and early 2000s. He shares in the book that his dream was to be a wrestler just like his childhood hero Jimmy Valiant. He had brief stops with World Wrestling Entertainment (WWE) doing T.V. tapings as an enhancement talent and is frank about why he didn’t stick with the big league. His run with the National Wrestling Alliance (NWA) tag team titles took him all over the U.S.A. and on tours of Japan. Higgins also ran his own wrestling school and promotion, but every time he came close to success, he did something to sabotage himself.

Throughout his life Higgins finds his relationships and dreams start, stop, dissolve and start again. I was struck by the bluntness in this book as Higgins reflected on his foibles; it even forced me to reflect on my own shortcomings. Often I could only read a few pages at a time because of the intensity of his introspection and his quest to better himself. Each time he brought up a sticky situation that shaped his life Higgins did something few wrestling writers do and that was to look frankly at his own involvement in the problem and to own up to his mistakes.

We the readers are taken on a journey that is filled with drugs, booze, bad break ups and a man who found the end of his rope. But this is not a sad story. Higgins willed himself to sobriety, but still lacked something spiritually. When he discovered yoga he found a community of people who encouraged him without judgement on his road to self discovery.

These were parts of Higgins’ intriguing story that truly captivated me. He is a person who knows he is missing something and desperately needs to find answers. He realizes that his attitude needed changing and witnessed how the world changed its interaction with him.

A large theme in this riveting story is Higgins’ search for guidance and wisdom. In a rush of inspiration, he decides to seek out his childhood idol, Valiant. After an epic road trip, Higgins met his hero and he was not disappointed as Valiant gave Higgins not only advice, and friendship, but he gave him hope. I was so intrigued by Higgins’ description of Valiant that I have even picked up Valiant’s own autobiography, Woo… Mercy Daddy. 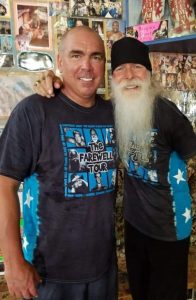 While reading this book my internal voice often brought up the Kacey Musgraves song, “Rainbow.” (Although Higgins would more likely prefer the songs from Australian rock band, Electric Mary). Her lyrics struck me that she could be talking to Higgins or anyone who gets stuck in life and is so close to living a full life:

“Cause the sky has finally opened

The rain and wind stopped blowin’

But you’re stuck out in the same ol’ storm again

You hold tight to your umbrella

That there’s always been a rainbow hangin’ over your head”

Higgins’ book is as honest as you can get. His soul is laid bare for all to see and his journey is truly inspirational. Waking Up, is exactly what this book is about. Sometimes you need to shake yourself or have others shake you to see that there is so much more to yourself then the labels you put on yourself. I highly recommend this book and it might even help you on your path to honesty and vulnerability in your life.