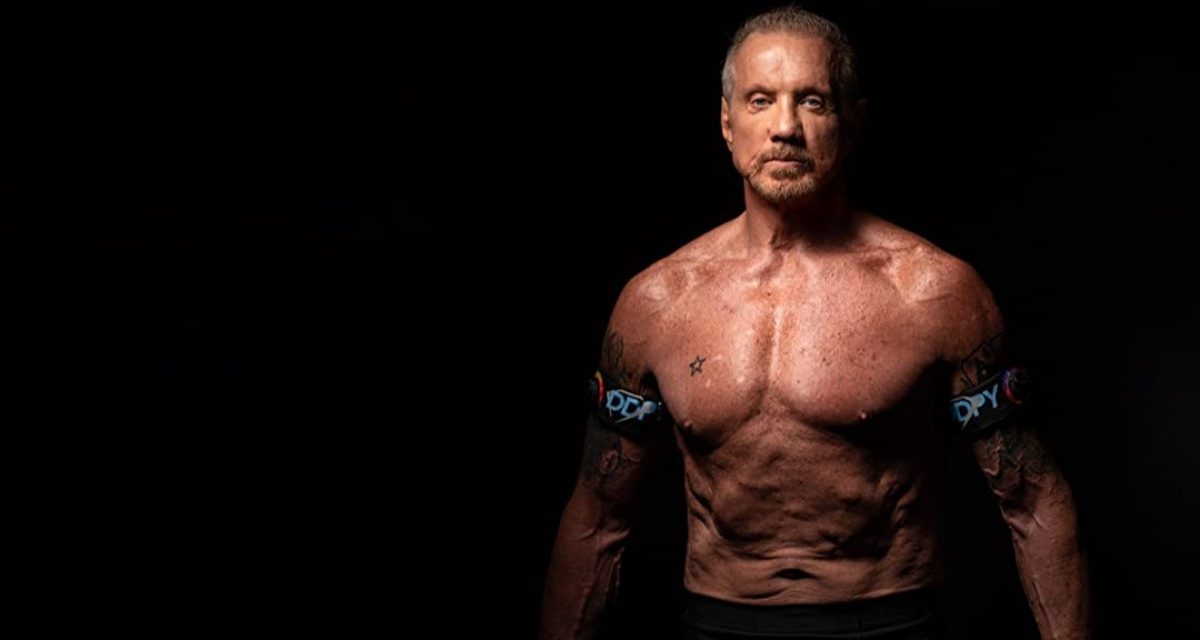 Wrestling fans have long been acquainted with Diamond Dallas Page. He started at a late age  as a pro wrestler (at 35 years old) but would go on and win the WCW World Title multiple times along with numerous other championships. DDP has many fans and if you are planning to watch the new documentary on Dallas Page, called Relentless, hoping to learn everything you ever wanted to know about DDP’s wrestling career, well this is not the documentary for you. While some aspects of his wrestling career are covered, and there are a few clips of his past matches, this documentary centers on his post-wrestling career as a man who helps people through yoga.

So, if you are interested in how Diamond Dallas Page has helped people overcome both physical and addiction problems through his specially developed yoga methods designed for people in all types of physical conditions, and how he overcame his own hurdles to make DDP Yoga a successful and inspirational business, then this is most definitely a documentary for you. 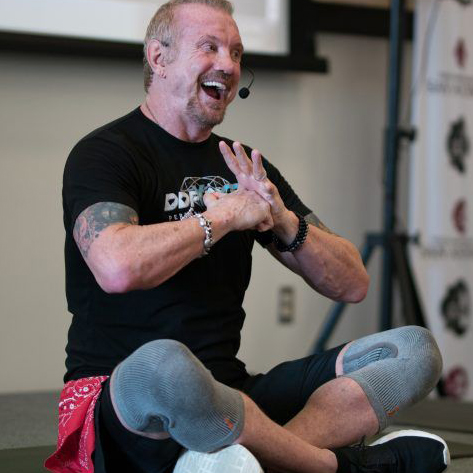 DDP brings his trademark enthusiasm to his workout. Photo: DDPYoga.com

The documentary shows the end of Page’s wrestling career and how he used yoga to recover from a career-ending injury to finish on his own terms. From there, Relentless takes you through how Page went from doing yoga to teaching it, bringing it to people who thought they couldn’t do it, and in many cases turning their lives around. The film details how Page kept tweaking his program so that ordinary people, and even people in poor condition, could learn his new hybrid of yoga and power techniques. When Page meets and helps Arthur Boorman, a disabled veteran who was told by doctors that he would never walk again, he proved that yoga can be done by anyone and could help heal people both physically and mentally. When Arthur throws down his crutches and is running on his own, Page has found the video success story to launch his yoga videos to the masses.

This video is a roller coaster ride of emotions and shows that success is not always a given, even for those who had the success in the ring that Diamond Dallas Page had. Page made a good living in wrestling and made enough money to comfortably retire, but early attempts to make his brand of yoga a national brand took a lot of time, energy, sweat and nearly every dollar he ever made in the ring. Together with a small group of believers and helpers, Page spent many late hours personally stuffing envelopes with DDP Yoga DVDs.  Not only did he stuff and mail the envelopes, but he personally called each and every person who purchased a DVD to show how invested he was in their success! This is a practice he continues to this day, as Diamond Dallas Page truly cares about people. With a video of Arthur Boorman’s success going viral, DDP Yoga had a sudden unexpected internet surge that launched his company into a booming success.

While this is not a wrestling documentary, it is not without its share of pro wrestling moments and appearances by wrestling stars. DDP Yoga helped turn around the life of a troubled wrestling superstar Jake “The Snake” Roberts. While Page’s success in helping save and turn around Jake Roberts’ life is well documented, helping his friend Chris Jericho rehab from a wrestling knee injury is instrumental as Jericho spreads the word about the power of DDP Yoga and its rehabilitative abilities.  Also well covered is his most recent and final in-ring wrestling appearance at age 63, when he appeared in a 6-man tag match for AEW in January of 2020, and did a dive off the top rope onto his opponents on the floor. Yoga has kept him in more than ring-ready condition.

In conclusion, Relentless is not a wrestling documentary, but rather a documentary that covers the post-wrestling success of Diamond Dallas Page and his relentless work to create and launch a business empire surrounding DDP Yoga.  Like his wrestling career, it had its ups and downs and, again like in wrestling, no matter how big a bump Page took in launching DDP Yoga, he kept getting up, kept fighting, and became a winner outside the ring.

You will come away from this documentary with a better understanding of who Diamond Dallas Page is as a person. As much as he achieved inside the wrestling ring, I think he has achieved even more through his work helping people with DDP Yoga. You can find many of DDP’s matches on YouTube if that’s what you are looking for, but if you want to watch a feelgood story about overcoming obstacles and persevering, watch Relentless and you won’t be disappointed.

Relentless is available on Amazon Prime and through www.positivelyunstoppable.com