Dak Draper has no shame (on you), only a chip on his shoulder 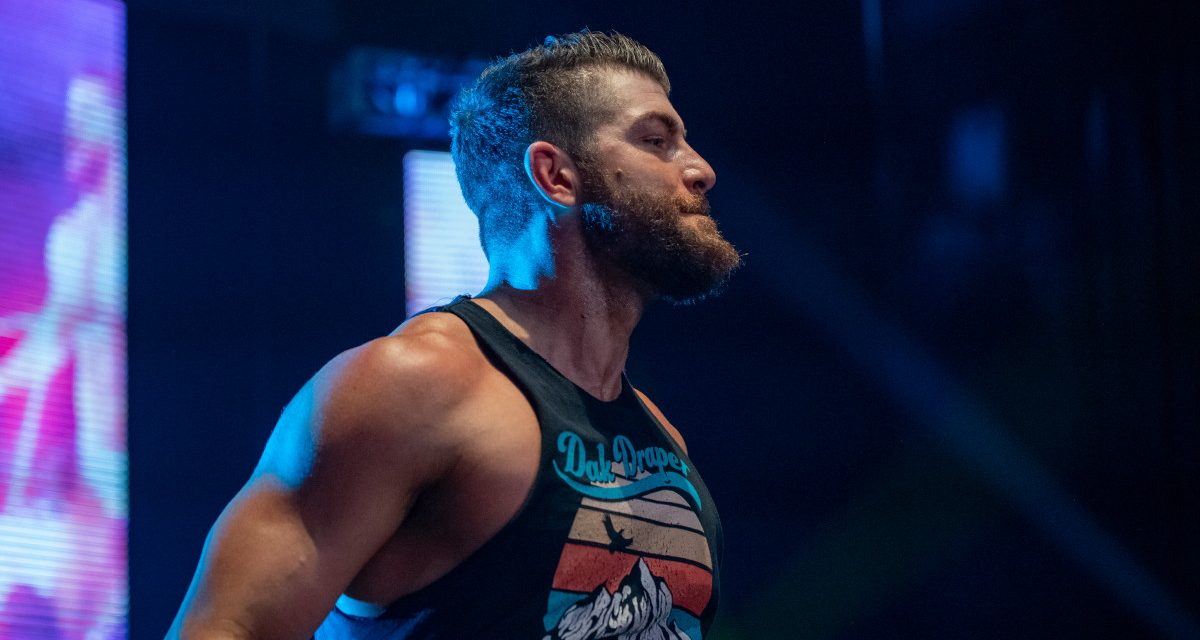 Dak Draper was excluded from last year’s Ring of Honor anniversary show in Las Vegas, making his match Friday at the 19th Anniversary pay-per-view against Jonathan Gresham for the Pure Championship that much more important.

“It gives me a chip on my shoulder in the match, that I not only see the value in it, but feel I have something to prove to myself,” Draper said, “but I really, really want to show that I’m the kind of guy [who not only] belongs on your show, but belongs in a high spot on your show.”

Before Dak Draper, the Colorado native and Division II wrestler was known as Sammy Six Guns and, later, Travis Tyler during a stint in NXT. His time as Sammy Six Guns was the only time Draper wasn’t wrestling full-time. He worked 50-plus hours per week in management at a big box gym.

While working at the gym, Draper received a message from Chris Gough, a Midwest promoter and former WWE writer, asking if he’d like to move to Kansas City, Missouri, and wrestle full time for an upstart promotion, the National Wrasslin’ League.

“Even the prospect of that sounded appetizing,” Draper said.

Gough, then-NWL director of operations, offered to fly Draper to Kansas City to talk about the opportunity.

“I was thinking I have to play it cool, sign a good contract and stuff,” Draper said, “But I really, really want to work here.”

He signed with NWL on that trip, quit his job soon after and moved to Kansas City that December. He then worked with Gough to create Dakota Draper – a combination of Travis Tyler and Sammy Six Guns, with a dash of Don Draper and a sprinkling of the concept of a bratty child named Dakota.

“I wasn’t in a position to support myself with wrestling at the time that NWL started, and they allowed me to do that and focus almost all of my energy on wrestling… NWL was one of the best things that ever happened to me in my life,” Draper said. 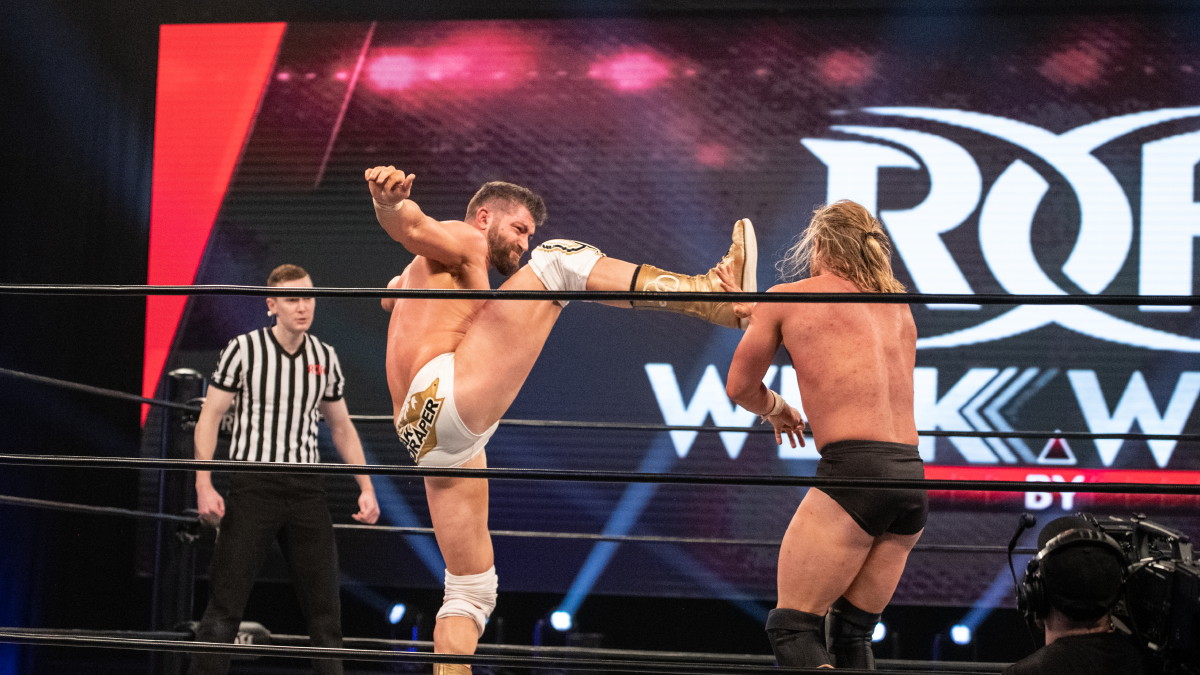 THE BIRTH OF ‘SHAME ON YOU’

As a top heel in the company, Draper’s admonishing of the NWL faithful soon found a home in the catchphrase, “Shame on you” – a saying with roots in his time at NXT.

While in developmental, Draper said, he was scolded “for something really dumb,” and a coach said those three words to him for an incident that Draper said didn’t warrant that response.

Draper shared that story with Midwest veteran Michael Strider and said he was going to start saying, “Shame on you,” to the NWL fans. Strider’s response was, “That’s pretty stupid,” according to Draper.

“Shame on Michael Strider because that became a thing,” Draper jokingly said.

One of the first instances where the Mile High Magnum pulled out the saying was in 2017 when he gave out fake Kansas City Chiefs tickets.

“It was the show before the Chiefs hosted the Pittsburgh Steelers in the playoffs in 2017 and all the fans knew that NWL had this suite, the luxury box at Arrowhead Stadium… Wrestling fans were insanely jealous of this,” Draper said. “So I got 10 envelopes, and I wrote, ‘Shame on you,’ on 10 pieces of paper, put them in the envelopes and taped them under 10 seats.”

He then cut a promo during the show saying he had arranged for 10 fans to attend the game and as the fans opened the envelopes, he delivered the line.

TRANSITIONING TO RING OF HONOR

When NWL shuttered in 2018, Draper said he knew he had to move, either to Minneapolis or Baltimore. Both options were based strictly on independent wrestling. And after a conversation with Chris Hero, decided on the less-safe option – Baltimore.

So about four months after NWL closed, Draper packed up his belongings in a U-Haul trailer and headed east with no living arrangements and knowing nobody in the area. He spent his first night in a hotel, then secured a six-month lease on an apartment.

Around the same time, the ROH Dojo relocated to Baltimore, so he reached out to a dojo coach he knew from his time at NXT and started training.

“I realized I was going to rapidly improve on my first day there,” he said.

The ROH Dojo became a development program for the company about six months later, and Draper was one of five athletes signed to an ROH contract. Shortly after, he was invited to participate in the 2019 ROH Top Prospect Tournament alongside the likes of Brian Johnson and Austin Gunn.

“It was something I really didn’t expect,” Draper said. “We’d work on stuff in training; we were at the dojo five days a week. There wasn’t a whole lot of talk at the time about plans for me beyond the dojo. I was kind of surprised I got the text asking if I was available.”

The finals of the tournament put Draper against Gunn.

“There were a lot of little stories coming together there,” Draper said. “One of the trainers I worked closely with [at NXT] was Badass Billy Gunn.” 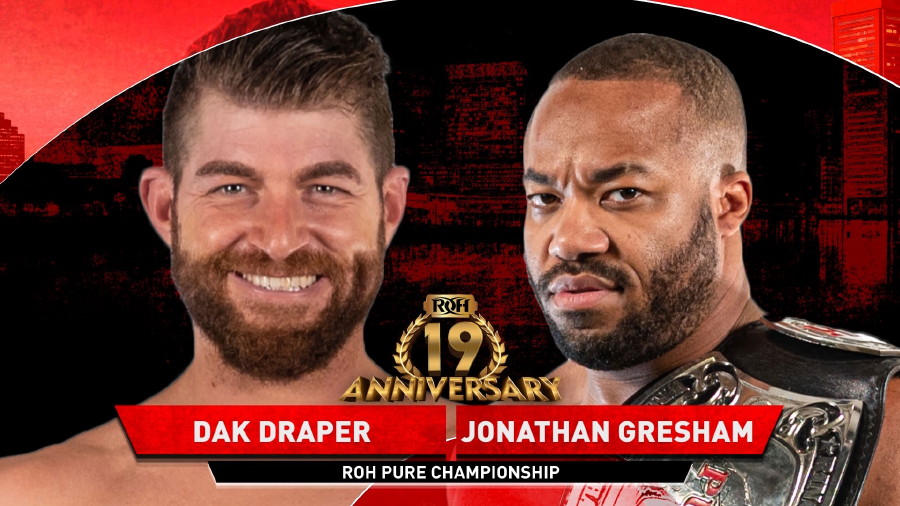 After a 14-year hiatus, ROH reinstated its Pure Division, which Draper joined earlier this year. The division, according to Draper, brings a “sporting element” back into wrestling.

“It makes it so that the fans have to be a little more educated,” he said. “It’s one of the things where you have to think a little bit more, but you can enjoy it more.”

It also allows fans to understand wrestlers’ strategies and become more involved in the bouts, according to Draper.

Because the division returned amid the COVID-19 pandemic, the first tapings took place in the “ROH bubble” – without fans. “Every time we’re in the bubble, it almost feels normal now,” Draper said. “I remember walking into the first taping and it was strange [to hear] only the sound of them wrestling.”

But the elements of the division have made up for what’s lacking, he said. “I really think being able to focus on the rules and just that other aspect of rules and strategy has added something that we lost with not having fans,” Draper said.

And though fans won’t be ringside Friday when he faces Gresham, Draper still is looking forward to pushing himself to the limit.

More information about the ROH 19th Anniversary show can be found on the ROH website.