‘Young Rock’ gets a head start on Christmas 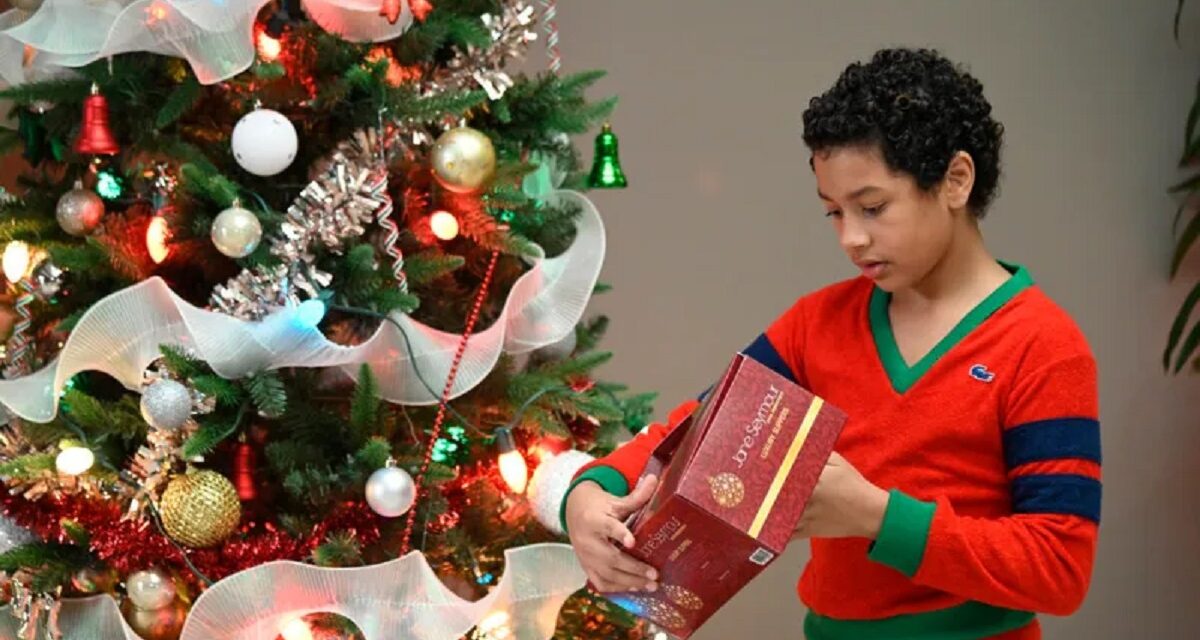 The Christmas episode for Young Rock arrives early this year with an episode that spans all timelines of Dwayne Johnson’s youth. Notably, the fourth timeline of 2033 is absent this week, replaced by Dwayne Johnson in his “Dwanta Claus” get-up talking directly to the camera and professing his love for all things Christmas. He walks us through some holiday memories from his youth, conveniently offering one featuring each of his younger selves: Adrian Groulx in 1983, Bradley Constant in 1988, and Uli Latukefu in 1997.

First up is young Dewey in Hawai’i in ’83, longing for a Skeletor action figure and drawing up a map to the nearest store for Ata (Stacey Leilua) to get one for him. Lia (Ana Tuisila), meanwhile, reminds him that he should be putting as much thought into what he’ll get his mother as he did for what he wants for himself. Unsure of where to start, Dewey gets some decidedly unhelpful advice from Randy Savage (Kevin Makely), André the Giant (Matt Willig), Downtown Bruno, as well as his dad Rocky (Joseph Lee Anderson) — the best they can come up with is for Dewey to get his mom a hot tub (one that they can all fit into, of course).

André suggests heading to a mall to find some inspiration, and while there Dewey talks to a Santa who suggests that it really doesn’t matter what he gets her, as long as it’s truly from him. So, Dewey paints up a coconut with a face, but as he finishes he drops it onto Ata’s new, prized slippers. He can’t afford to replace them, and complains to another mall Santa about the bad advice his colleague gave Dewey in the first place.

Christmas morning arrives and Dewey gets his Skeletor while Ata loves her coconut — but there’s a surprise gift under the tree from Santa to Dewey: new slippers for Ata. Dwanta Claus says he still doesn’t know where that gift came from, but that it started his lifelong obsession with Christmas.

We move forward 1988 and Dwayne is still making coconuts for Ata (and says he still does to this day). He joins her for a cleaning job where they receive an ice cream maker from their client. Dwayne says that they got her a present, too and will bring it to a party she’s hosting tonight. Rocky and Ata, though, are a little miffed that they now have to get a gift for her.

Shopping proves fruitless as Ata is looking for something in a high-end crystal shop, and she’s none too impressed when Dwayne suggests they steal something. They leave with a tea towel and Ata decides to make ice cream with their new maker as a gift. When they discover that the machine is a re-gift, they pass on their unwanted tea towel to the client and make sure she knows how they felt about the “gift”.

Finally, in 1997, it’s Christmas at Mick Foley’s house. During a Secret Santa exchange, Foley opens up a coconut that looks like Mankind from Dwayne, along with a trip to the Bahamas. Dwayne quickly realizes he overstepped, and when he talks to Foley about it, Mick says he can’t go on the trip and gives it back to Dwayne. Mick is going to be busy delivering toys and putting on a show for kids at a youth centre, so Dwayne joins him as The Grinch, with Steve Austin (Luke Hawx) and The Undertaker along for the ride as well, and it ends up in a three-on-one Santa versus Grinch brawl.

Dwanta Claus wraps it all up by reminding everyone to leave some tequila under the tree for him this year, and that leads Young Rock into a seasonal break. When it returns in the new year on January 6th, SlamWrestling.net will be there!