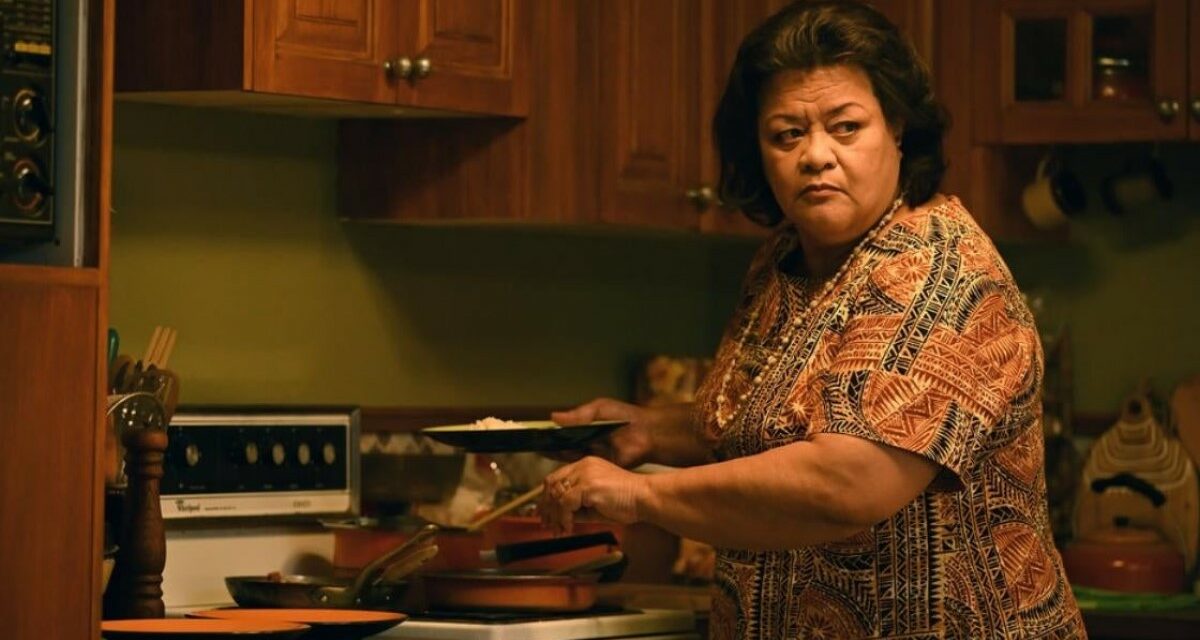 Young Rock marches onwards in its second season, with a new episode airing tonight at 8pm EST on NBC and CityTV in Canada. While tonight will see The Rock’s football dreams come crashing down, he relies on the support from his family including his grandmother Lia Maivia, played by Ana Tuisila.

At a recent online Young Rock media day, SlamWrestling.net was able to speak with Tuisila, who acknowledges the many facets of Maivia’s personality — she is at time both motherly and vengeful — and how she can’t help but feel like a grandmother figure to each of the actors playing the role of Dwayne Johnson at different ages.

Tuisila had amassed acting credits in both film and TV in New Zealand-based productions when she landed the role of Lia Maivia, and suddenly finding herself mentioned in the same sentence as Dwayne Johnson took some getting used to. “I can actually say, and my children and grandchildren say: Dwayne Johnson was in my living room,” she says with a laugh. “I can say ‘Dwayne’ as if he were my best friend who I grew up with in school.”

The part of Maivia in the show ranges from tough-love grandmother to tougher promoter, all due to her real life story that Johnson shared when he announced the casting of Tuisila in September of 2020 on Instagram. In it, he wrote of how she made her mark in the male-dominated world of pro wrestling, with her ruthless business practices catching up to her when the FBI charged her with extortion. [Though, she was not the first woman promoter, as Johnson claimed.]

In Young Rock, Lia’s rollercoaster story is all there, though of course it’s told with a sympathetic slant. Tuisila also gets to play some of her escapades off for laughs, especially in the beginning of this second season as she either doesn’t understand or doesn’t care about the concept of house arrest.

With all of these different layers to her performance, Tuisila reveals that she relies on role models in her own life to fuel her performance. “The easiest part is that (Lia) was Samoan and I’m Samoan,” she explains. “There are many, many ‘Lia’s’ in my community including my mother and my mother-in-law, who are very strong women. In our hierarchical system we have chiefs and matai, but the women are like the strong force behind the chiefs.”

“It’s been hard work in terms portraying someone who is really an important part of where (Johnson’s) at now,” she continues. “Dwayne and Ata gave me feedback, so it was very easy for me to step into that role, ensuring that I’m authentic in terms of how Lia Maivia fit in Dwayne Johnson’s life growing up.”

While the actors playing Johnson in the different timelines come in and out of the show as it rotates through stories of his life, his family is a constant throughout. Tuisila admits that she has developed a strong connection to each actor and that she can’t help but feel like a caregiver to them in a way. “I’m playing the grandmother, so I don’t see the three different people,” she says. “While playing this role, I get so engrossed in the character I play, it’s almost like my grandson at 11, my grandson at 15, and my grandson at 20.”

If she sounds a little starstruck by the whole experience, it seems sincere and she is not dismissive of the opportunity she earned by landing the role. “At the end of season two, I’m still reeling,” she reveals. “It’s just so hard to describe. When I was asked to audition I wondered if this was for real. It’s extraordinary, it’s absolutely surreal. It’s been an experience in my old age that I will never, ever forget.”