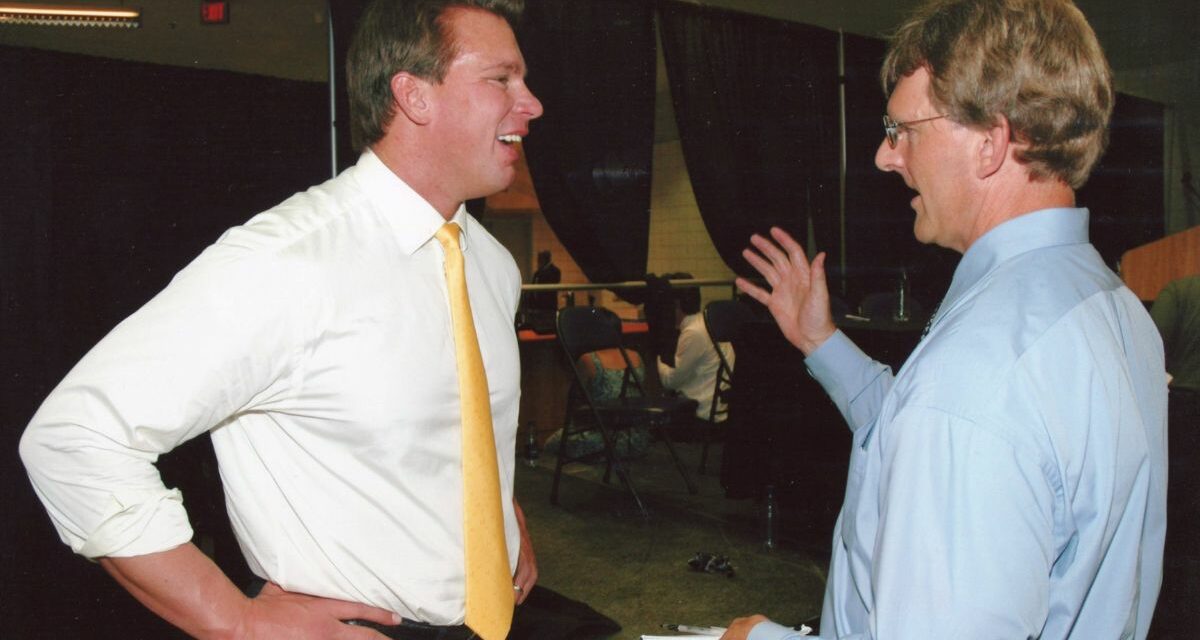 Steve Johnson was wrapping up an interview with Virginia Wenzel – wife of wrestler Dave Levin – in Oceanside, California, when she asked if he wanted to see a video of Dave wrestling.

The VHS tape, which was mailed to her unannounced, featured a bout likely from the early 1950s.

“I’m watching the tape at the same time I’m watching her. And she’s on the sofa next to me. When Dave starts to get in peril, she kind of slumps back a little bit in the sofa… even though she’d probably seen this tape 50 or 100 times,” said Johnson, a wrestling historian. “This was a living link to her husband and his wrestling career, and she was still into it as much as if she had been sitting ringside that night.”

After the match, she showed Johnson a letter that came with the tape. It was from another wrestling historian, Jim Melby, whom she had never met. Melby found the match in the course of his research and sent it unprompted.

“[He was] sitting back in Minnesota somewhere, dubbing a video tape to send to somebody he doesn’t know and has never met in the hopes that it would give her a little bit of pleasure,” Johnson said. “That speaks worlds of the wrestling historian fraternity.”

And that’s why Johnson said he was honored when he learned he would receive the Cauliflower Alley Club’s James C. Melby Historian Award.

“And I was honored because my name is in the same pool with Greg [Oliver] and with Mike Rodgers and Don Luce and Steve Yohe and all the others who have done so much to produce accurate accounts of wrestling history throughout the years,” Johnson said. “It’s a small but dedicated group of guys and it’s all volunteer effort.”

That being the case, Johnson said wrestling historians are in a different camp than wrestling journalists like Wade Keller and Mike Johnson. They’re more along the lines of a J Michael Kenyon.

“He wrote things without any particular concern for whether they would be published or not,” said Johnson, who penned Kenyon’s obituary for Slam Wrestling in 2017. “The collective group [of wrestling historians] went down the rabbit hole to see what they could find.” 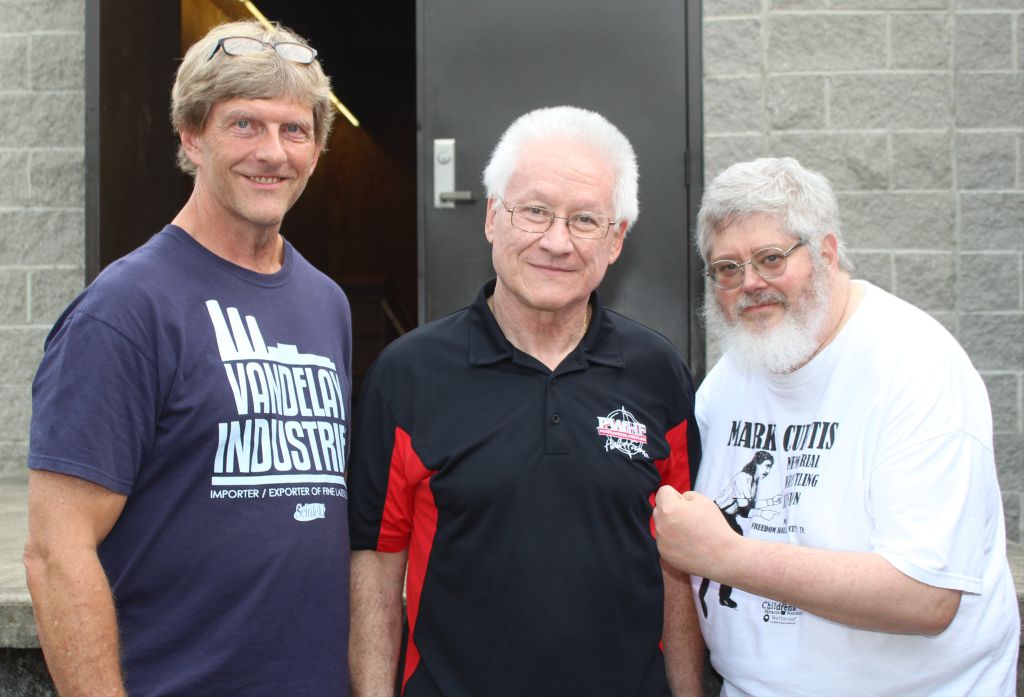 Jon Langmead, a SlamWrestling.net contributor, has gone to Johnson on a number of occasions over the years, looking for help with a book about the development of wrestling from the 1880s to 1930s.

“He always makes time for this and other people,” Langmead said. “He’s, to me, like the best of the wrestling historian community. They’re all so open and he just exemplifies that openness and willingness to share.”

But even historians like Johnson are rooted in journalism. Speaking from his home in Virginia, Johnson couldn’t recall which magazine his first wrestling piece was published in – though more than likely it was an Apter mag – but the article itself, alongside his first book cover, is framed and hung in his home. The piece was about Killer Tim Brooks.

“He was holding a trash can threatening to hit a wrestler in Dunkirk, Florida’s Floral Hall…. Seemed like a nice enough fella,” said Johnson, whose wrestling journalism career consisted of one-off pieces here and there. “Talked a little bit, growled a little bit.”

Johnson and Bill Whippert, a staff photographer for the Buffalo News, were able to get locker room access as teens.

“The stories were so compelling and so interesting and they just had to be recounted on an old Remington typewriter,” Johnson said. 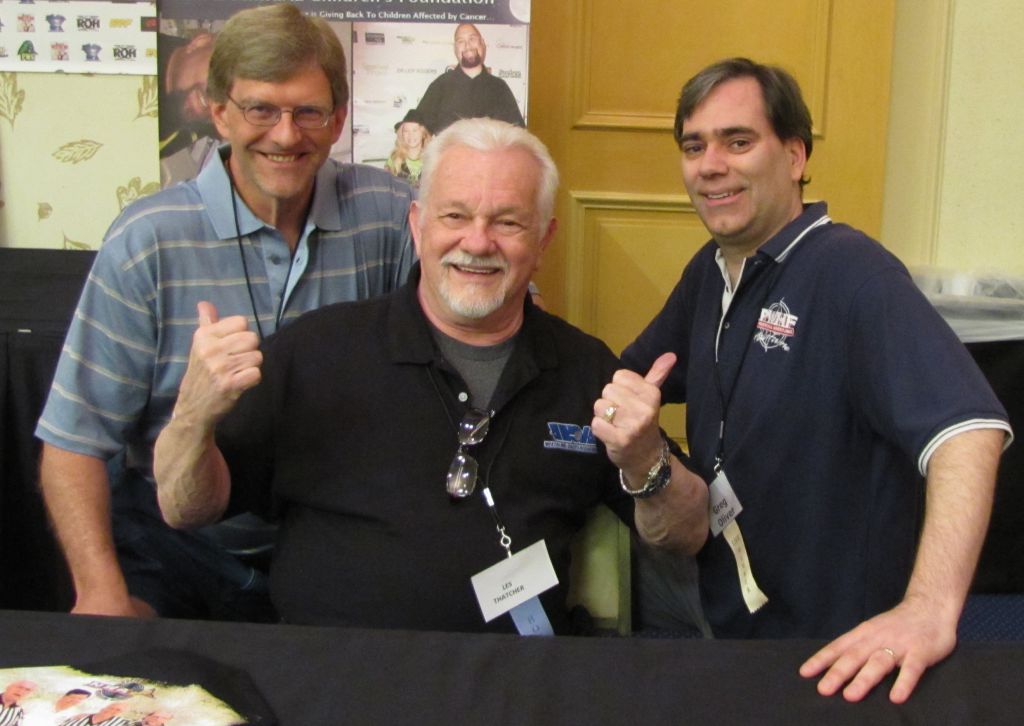 Though there was a gap when he was raising children and focusing on family, he stayed aware of the industry and became aware of Slam Wrestling Producer Greg Oliver through Kenyon’s “Sunday Punches” column.

“[I believe it’s] one of the best things on wrestling that’s ever been written,” Johnson said. “The amount of research and detail that’s in there… I don’t know how we did it. It’s staggering.”

Since Oliver and he started working together, he has felt that his 9-to-5 media job “is a way to supplement the 5-to-9.”

“I cover politics a lot … to my knowledge, I’m the only person in journalism who has interviewed Alexander Hague and Jerry Falwell and Muhammad Ali and Abdullah the Butcher,” he said.

For those interested in becoming a wrestling historian, Johnson said to set money aside because researching properly “is a major expenditure of time and money.”

“It takes a while to crack something and when you do, it takes time and effort,” Johnson said. “It’s not something you can do on the computer from 6 to 8 every night.”

The same can be said for journalism, according to Johnson.

“Wrestling teaches good journalists of any sort this basic fact – be skeptical of anything anybody tells you,” he said. “It doesn’t matter if it’s a wrestler or a politician or a business leader.”

Johnson will be receiving the Melby Award at the Cauliflower Alley Club reunion, September 26-28, 2022, at the Plaza Hotel & Casino in Las Vegas.