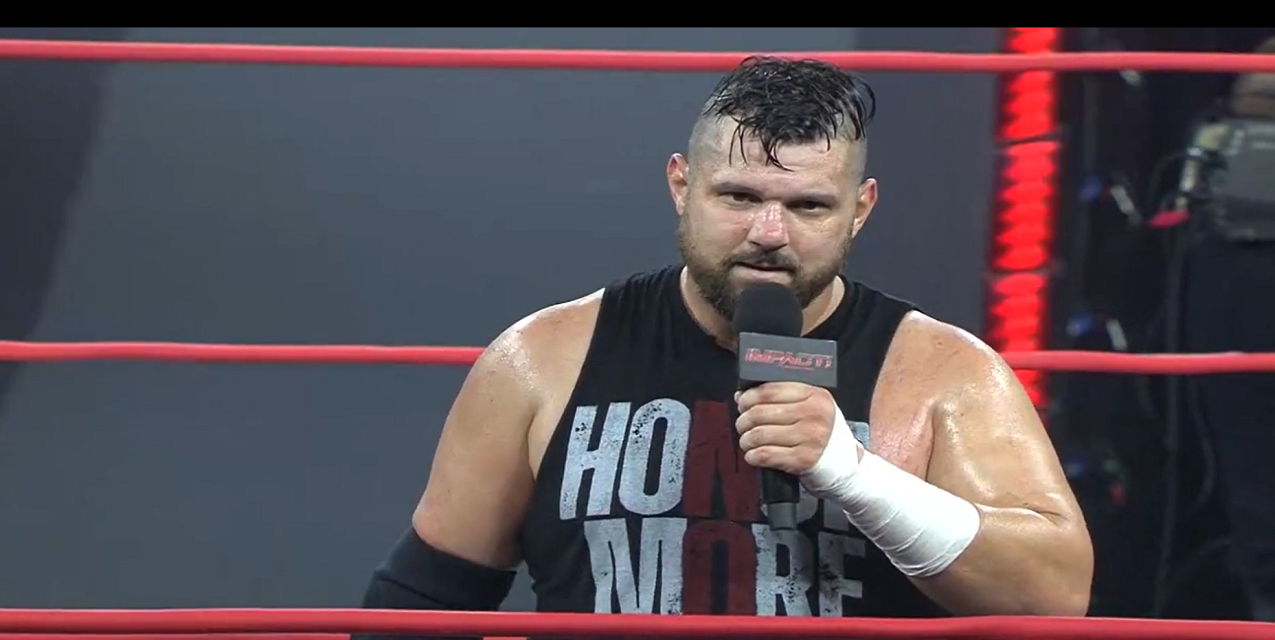 Due to technical difficulties here are rapid fire results for Impact from September 8, 2022

Backstage, Honor No More (minus PCO & Vincent) was focused on gaining more titles while Eddie Edwards concentrated on taking out Heath later on tonight while Heath continued his attack against all of HNM

Scott D’Amore was with Mia Yim. Kenny King plowed his way through and told Yim to leave. King asked D’Amore what he’s missing as he thinks he should be deeper in the card. D’Amore then announced that since King was so impatient to compete, he would face Yuya Uemura coming up next.

Kenny called me a crackhead ?? https://t.co/QaCA44Tn2h

Gia Miller is backstage with Steve Maclin. Miller asked Maclin about this deal with Moose. Maclin played it off. Miller said that if they aren’t working together then why are they teaming next week? This upset Maclin and he left.

A Sami Callihan video aired where he is super laser focused at Victory Road against Moose and Maclin.

A promo aired for “Big” Joe Doering and the “Keep Calm and Kick Ass” t-shirt available now at ShopImpact.com with 100% of the proceeds going to Joe Doering and his upcoming battle against brain cancer.

Deaner and Eric Young are in the back. Young challenged Deaner and he accepted.

Gia Miller is backstage with Knockouts world champion Jordynne Grace. Grace had choice words for her next opponent Masha Slamovich. A message popped up reading “Mashas Gonna Kill You” on a locker room wall.

A promo aired where Jordynne Grace will compete against an opponent determined by Masha Slamovich in a “Pick Your Poison” match at Victory Road.

Gail Kim confronted Tasha Steelz and Savannah Evans. Kim stated that Killer Kelly has requested that they be ringside next week during Kelly’s match.

After the match, Edwards called out Josh Alexander and wants an answer if they will join forces. Alexander comes out and stood opposite of Edwards. Honor No More attacked. Heath and Rich Swann tried to even the odds but it was too much. Edwards hit Alexander with a Boston Knee Party and held the title to end the show.