Revisiting Scott Hall’s career in Japan — and the Tanahashi upset 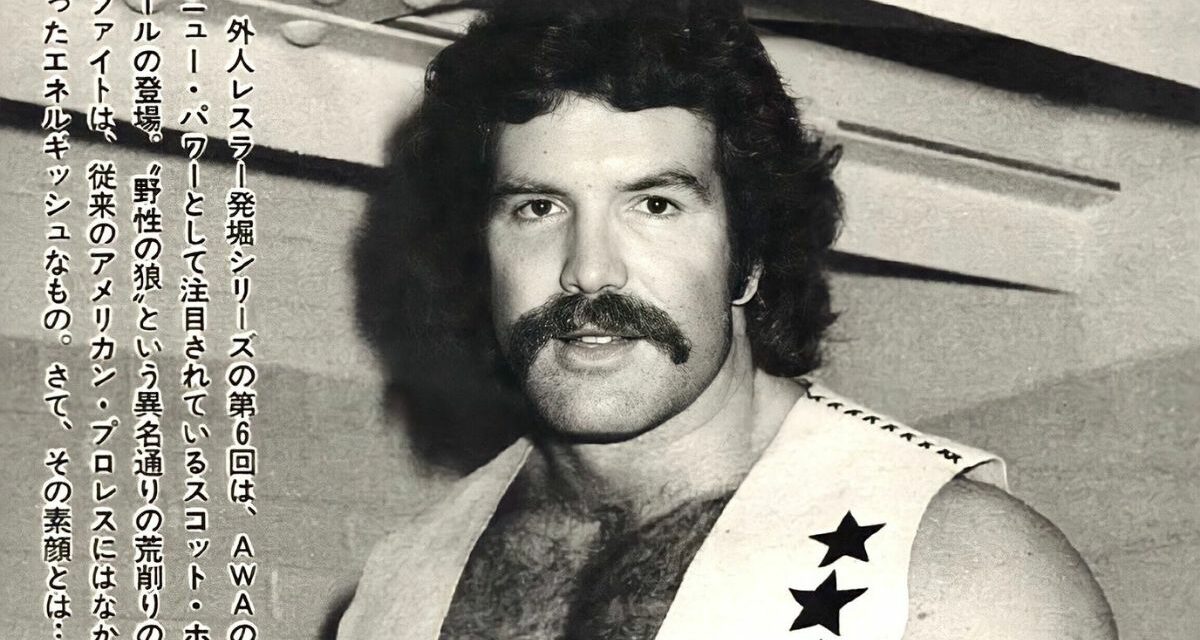 On March 14, 2022, the wrestling world said farewell to one of its biggest icons. Scott Hall, a.k.a. Razor Ramon, passed away after his life support was turned off. He suffered three heart attacks in short order. Fans the world over shared what Hall meant to them.

There is a saying, “Don’t cry because it’s over; smile because it happened.” To that end, many fans have begun to look back at the moments that defined Hall’s career. There has been plenty of talk about his biggest moments – the ladder match with Shawn Michaels at WrestleMania X, the rematch at SummerSlam 1995, and his pivotal role in both the Madison Square Garden Kliq incident, and the creation of the NWO – there are also some other, lesser-known facts about Hall’s career.

Like many wrestlers, Hall worked for many wrestling companies before reaching WWE and returning to WCW. In 1987, Hall had his first tour in Japan when he worked for New Japan Pro-Wrestling. And like most rookie Americans, Hall spent those first tours wrestling in lower-card tag matches simply to gain experience. Clearly Hall had talent because he was brought back more than once. He spent the better part of the next two years competing in New Japan almost exclusively. He either fought against or teamed with a veritable who’s who of NJPW’s top stars, many of whom would go on to become bona fide legends. These included: Riki Choshu, WWE Hall of Famer Tatsumi Fujinami, Akira Maeda, Dick Murdoch, Masa Saito, Keiji Muto, and the NJPW founder himself, Antonio Inoki.

Hall’s trips to Japan were very successful because NJPW kept bringing him back until early 1990. It was around that time that Hall – who was sporting a handlebar mustache – met a tattoo-less rookie going by the name “Punisher” Dice Morgan. Morgan would later become famous as The Undertaker. The two of them ended up having three matches together in 1990, including a shot for the IWGP Tag Team titles against champions Masa Saito and Shinya Hashimoto. The two Americans came up short on that day and after that tour wouldn’t work together until two years later in WWF/E. 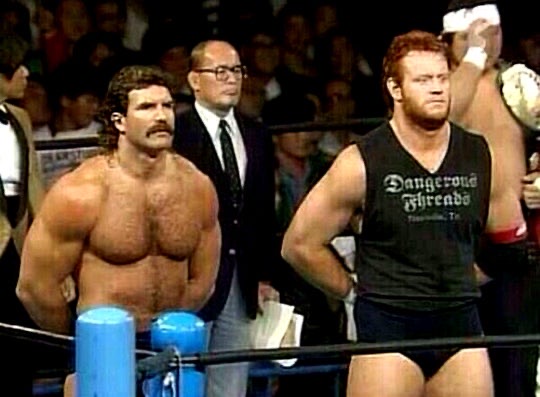 It would be another ten years before Hall made his way back to Japan — but much had changed. Hall had experienced his career peaks thanks to his runaway successes in both WWF/E and WCW. His return to Japan took place in 2001, but by that point, both his career and his personal life were not at their brightest. WCW fired Scott Hall in 2000 and, outside of a handful of appearance in ECW, Hall hadn’t wrestled anywhere. Therefore, when he was announced for a tour in New Japan in March 2001, many people wondered how it would turn out. There were obvious concerns over his personal behavior, especially given how his struggles with substance abuse affected what he said and did in WCW.

Luckily, those problems never really occurred in NJPW. Instead, it was the opposite –Hall was essentially the same person as he had been during his first tours, a consummate professional that did what was best for business.

Case in point: Hall’s most surprising moment in Japan was not in some big title match but in a random throwaway singles match. On September 9, 2001, Hall played a small yet important match that would shape the future of New Japan when he took on a rookie named Hiroshi Tanahashi. In what can only be described as a more drawn-out version of Razor Ramon versus the 1-2-3 Kid, Hall manhandled Tanahashi for three minutes before cutting a promo on then-champion Keiji Muto. But Hall became a victim of his own arrogance. He cut that promo during the match, thinking Tanahashi was out cold following a Razor’s Edge. But Tanahashi rolled Hall up and got a surprise pin, just like Kid had done eight years earlier.

The interesting story here is that Hall was supposed to beat Tanahashi here but Hall convinced the New Japan bookers to reverse the decision. Hall saw Tanahashi and said to them, “that kid is money.” Now, by no means was it an exciting match, nor was it anywhere remotely close to being as impactful as the famous Razor/1-2-3 Kid match from RAW. But the career significance was more or less the same. Even though it was as fluky as it gets in wrestling, a win was a win. Moreover, this was Tanahashi’s first win over a big heavyweight star. He had beaten junior heavyweight stars before, but juniors weren’t seen as big as stars as heavyweights. By winning this match, Tanahashi scored a major upset that cemented him as a future star in New Japan. Years later, Tanahashi would go on to become arguably the best in-ring athlete in modern Japanese wrestling history, and quite possibly the best pro wrestler still active today.

In a strange twist, that loss to Tanahashi didn’t have any negative effect on Hall’s career. In fact, two weeks later, Hall became one of the select few foreigners/gaijins to challenge for what many believed to be the most prestigious wrestling title in the world: AJPW’s Triple Crown Heavyweight Title. On September 23, 2001, Hall – who represented the remnants of the NWO and New Japan – challenged champion Keiji Muto for the Triple Crown. Even though Muto was still a New Japan wrestler, he was the centerpiece of a New Japan versus All Japan feud that was integral to All Japan’s survival following the NOAH split. Muto as a draw was insanely popular and he had an incredible career renaissance in 2001 that earned him a cornucopia of accolades, awards, and titles. He was seen as such an amazing wrestler, and he proved that here. Hall was far past his prime in terms of in-ring skill yet he still managed to pull off an interesting match with Muto. Hall was still taller, heavier and stronger than Muto and was able to get the crowd to hate him as he desecrated AJPW’s sacred title defense ceremony before the bell rang. And while it wasn’t in the same universe as the 1990s King’s Road epics, it was still one of the most unique matches of Hall’s career. He wrestled a completely passable title defense against a skilled grappler like Muto and never really faltered. Granted, expectations weren’t high to begin with, but at the same time Hall more than kept up with Muto and actually put in considerable effort.

This ended up being Hall’s final appearance in Japan before signing with WWE and entering his short-lived feud with Stone Cold Steve Austin. Though he never reached the same heights as more famous foreigners like Vader, Stan Hansen, “Dr. Death” Steve Williams, or even Richard Slinger, Hall still managed to take what he learned there and apply those skills elsewhere.