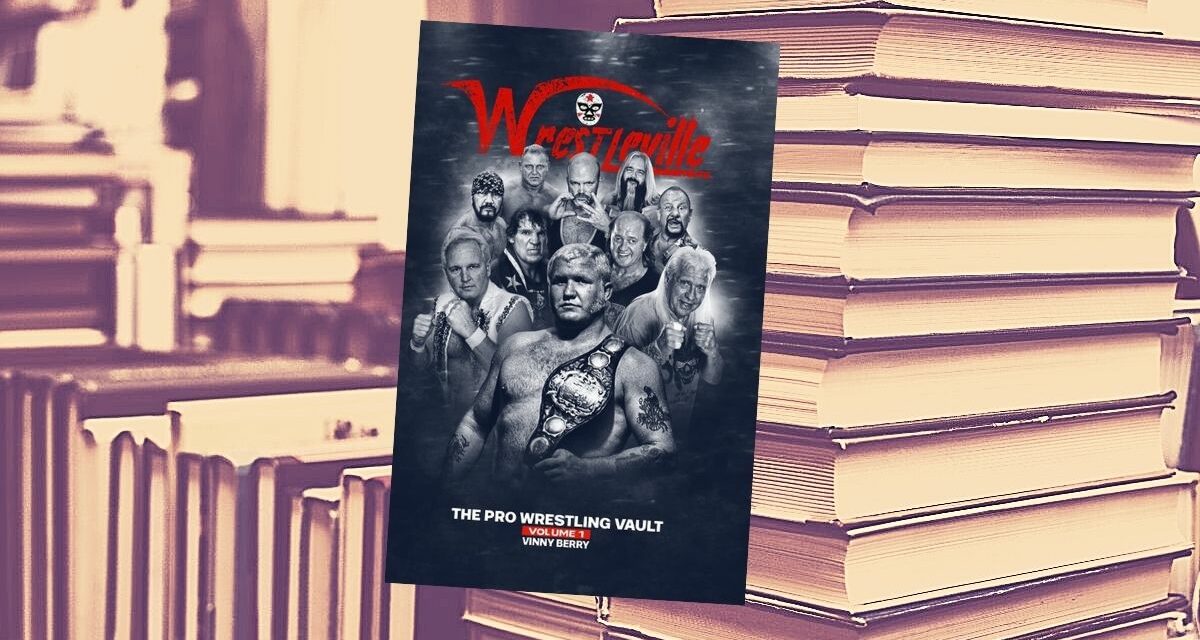 And on the independent wrestling scene, the tallies are even more scant. That’s why it’s important for authors like Vinny Berry to be heard, and read. [Berry previously inked Lance By Chance, the life story of Lance Von Erich. His Wrestleville: The Pro Wrestling Vault, Vol. 1 is a fine collection of articles and photos featuring very familiar, as well as as not-so-familiar faces.

According to the back cover, “Wrestleville was created to honor and highlight those individuals who have made sacrifices to entertain the millions of fans who watch pro wrestling annually.” Berry’s Wrestleville.com is a valuable website that showcases wrestlers of all notoriety, and treats everyone with the same respect. “It’s Where Wrestling Lives.”

The 222-page work is filled with nearly three dozen stories on Harley Race, Ricky Morton, Bobby Fulton, Tim Storm, as well as the 2017 Pro Wrestling Hall of Fame inductees just to name a few. There are features on the more recognizable names like Bill Dundee and Bushwacker Luke, but dozens of lesser-known and regional wrestlers from the Gulf Coast, Texas and other independents. In addition, some 400 or so photos by photographer Jon-Paul LeBlanc and author Berry are featured.

The book opens with a nice piece on Vordell Walker, a veteran who has grappled in Ring of Honor, TNA and elsewhere primarily in the south, but is treated with the same grace as some of the main event names also featured in the tome. It’s a nice way to chronicle some of the wrestlers who may not be on prime time television. Not many outlets put this much effort into promoting men and women with the same reverence and the big market publishing houses.

Many other lesser-known-to-the-mainstream names are given page space not usually printed elsewhere. It’s a fresh-and-unique way to shine a spotlight on names fans might not have stumbled upon before. It’s something that should be featured more regularly.

The book is heavy with nods to the National Wrestling Alliance. Photos of Adam Pearce, Cody Rhodes and other past NWA champions populate the paperback. Women such as Jazz, as well as former NWA Women’s champion Barbie Hayden, are highlighted. Former NWA owner and president Bruce Tharpe is interviewed, as is long-time referee James Beard, and former NWA Champion Mike Rapada.

There are pages upon pages of LeBlanc’s photos from wrestling conventions and action-packed events alike. It’s great marketing to have regional wrestlers in an actual book alongside legends like Ricky Steamboat, Tito Santana, “Cowboy” Bob Orton and Bill Apter, among dozens of others. If anything, every current day talent included in the book should purchase a copy for themselves as a memento. Fans looking for something similar to Tim Hornbaker’s Buddy Rogers bio or Bertrand Hébert and Pat Laprade’s on André the Giant will be disappointed. But then again, 99.9% of all sports tomes don’t compare to those. 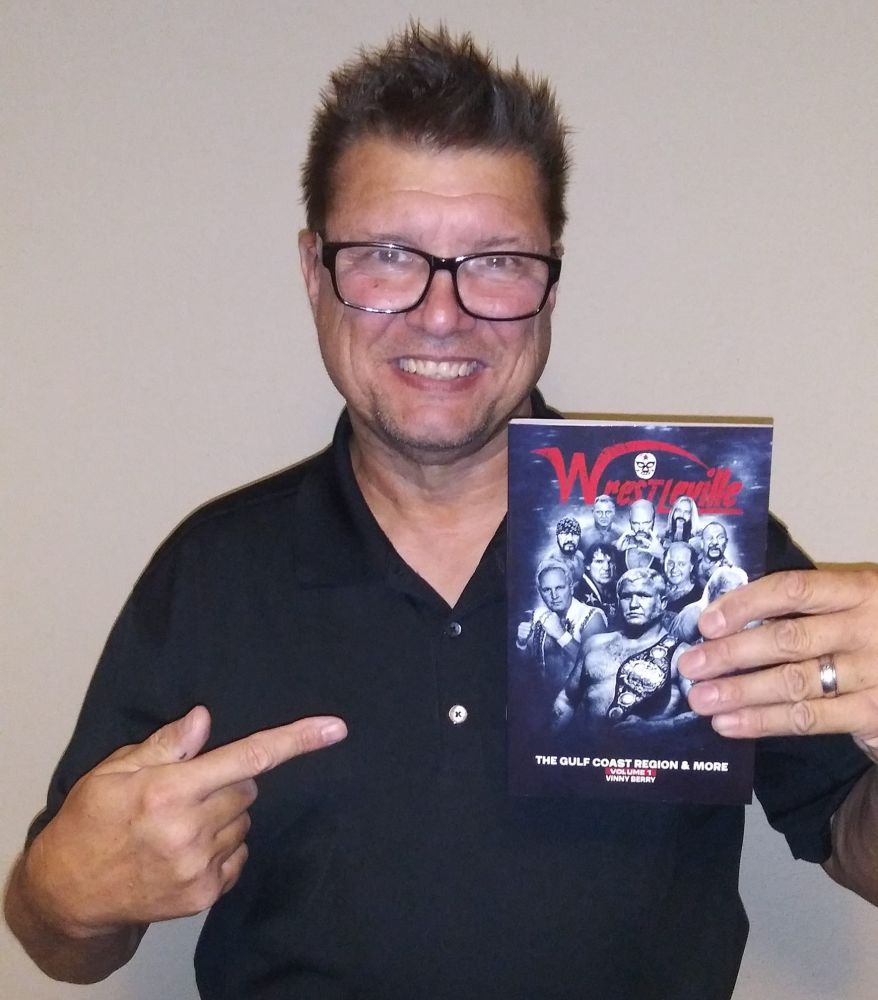 The book is similar to other books such as Joe Abel’s Square Circle, Full Circle, about a regional personality who has carved a nice niche for himself in the independent wrestling business. Wrestleville is a work of love and passion. Via Facebook message, Berry says he is already working on a second volume.

The book closes with a picture and small remembrance of “Daffney” Shannon Spruill, who passed away earlier this year, as well as information on connecting to a Suicide Prevention Hotline. It’s a timely and important tribute.

Wrestleville is branded as a “celebration of pro wrestling.” It truly is just that and should be enjoyed. The book is available at Lancebychance.com for $19.95. Berry notes that each book is autographed by one of 14 possible wrestlers or personalities featured in the book.