Tim Storm: Weathering the changes in the NWA 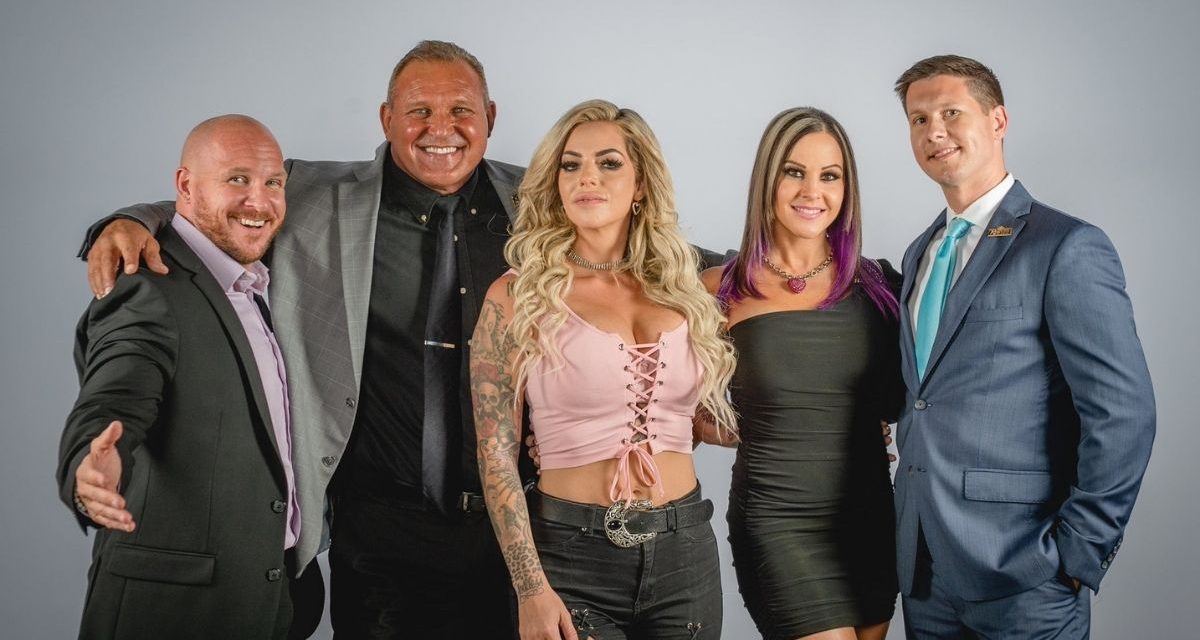 With weather patterns, we can’t do anything to change what’s coming on the horizon. We can just anticipate and adapt to the situation. Seems appropriate for the aptly named Tim Storm, who has gone from the highs and lows with his career in the National Wrestling Alliance (NWA), and at 57 years of age, the 6-foot-3, 260-pound son of Momma Storm is still going strong.

Since being part of the NWA in 2016 (and holding the Ten Pounds of Gold at the age of 51), he has seen the building momentum of the modern day incarnation of the NWA. “Well, it’s an ongoing growth. One of the things that Billy [Corgan] was really clear on, I think his exact words were, ‘You know, I got a 20 year plan.’”

Storm elaborated that Corgan’s vision involved setting reasonable expectations and then exceeding them. Since NWA Powerrr started back around mid-2019 on YouTube, and the pay-per-views held since that time, the NWA was starting to really pop on the radar of wrestling fans.

For Storm, he remarked at how the pandemic slowed not just the NWA momentum but his as well. “Especially at my age, I lost a full year of potential ring time,” he recalled, “and that set us back is that we had a lot of momentum wrestling prior to the shutdown.”

Storm even addressed the changes, such as the lost time, the loss of its roster to other opportunities (e.g. Eddie Kingston, Ricky Starks to AEW) or tragedies (Joseph Hudson a.k.a. Josephus a.k.a. The Question Mark) to the NWA roster.

“It really was going back and starting from zero,” he said. “Besides losing Joseph [Hudson], you know, understandably a lot of talent took other opportunities. My personal opinion on all that is I pull for everybody in the business to be successful. I think there’s a natural competition. It’s what makes a lot of us good in the ring. We want to be competitive, we want to be the best, we want to succeed.”

But, as the great philosopher, LL Cool J, once said: Don’t call it a comeback.

“We’re right back at it and I won’t even call it a relaunch,” Storm said. “We’re just back to business and making things work and absolutely loving every second.”

Since returning with its PPV in early 2021, Back For The Attack, and with new talent, one of the most unique changes has been Tim Storm at commentary alongside Joe Galli and Velvet Sky. It came out of the blue. “I knew I was doing some color commentary,” he recalled. “I didn’t know till the day of the show that I was doing the entire PPV.”

Since then, with a few episodes he was “on assignment,” Storm has provided insights on all the matches on NWA Powerrr. Were there any adjustments he had to make transitioning to the new role?

“You know, more than anything, it’s the mental adjustment,” Storm said. “Now, the way my brain works, good or bad, is I just don’t stress over most things. I’m not going to say, ‘I don’t feel pressure’ but I don’t feel pressure like a lot of people do. At one point, someone walked up to me from our office and said, ‘Are you nervous about doing color tonight?’ and I went, “No, am I supposed to be?’” 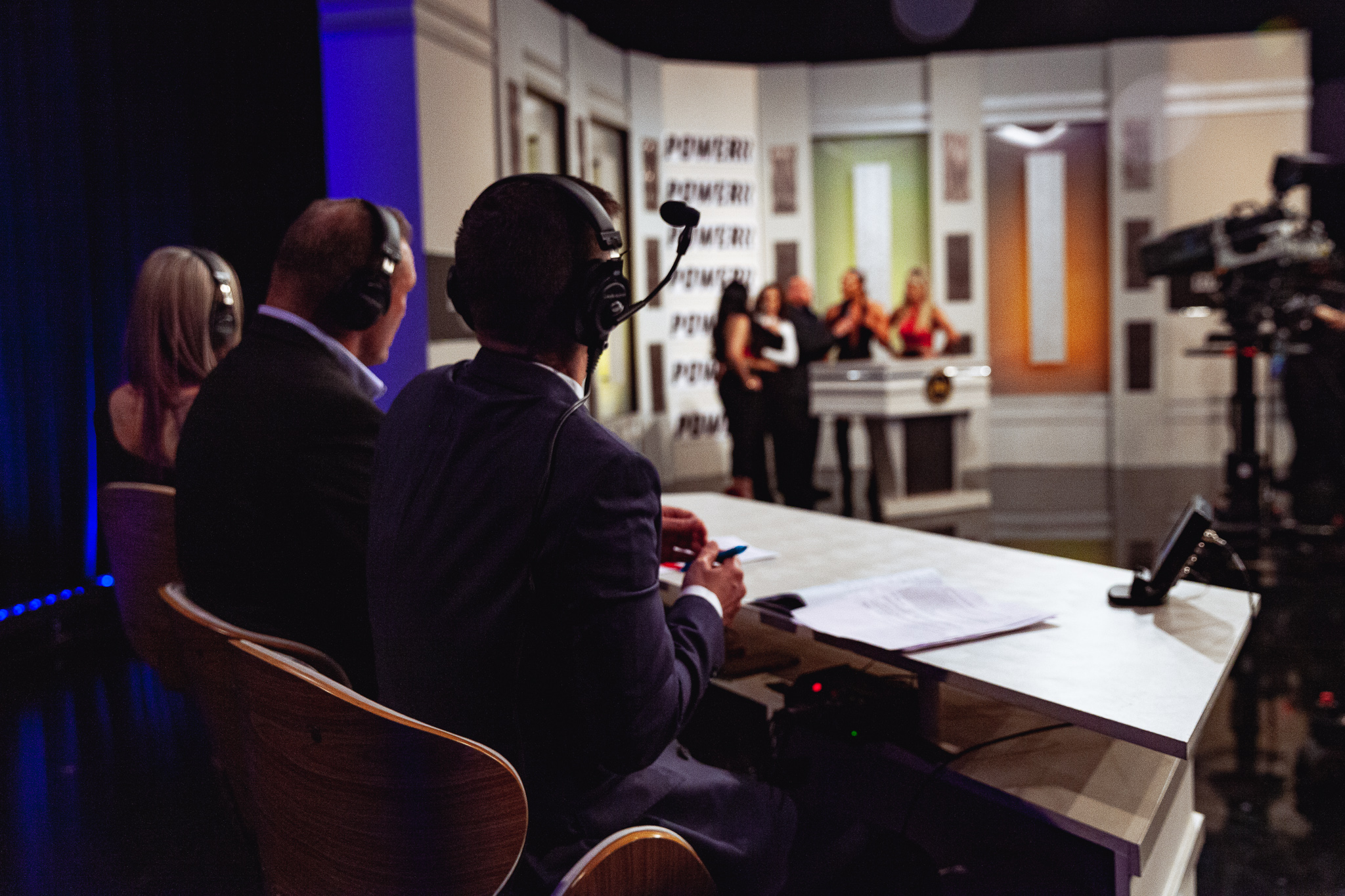 A cool shot of Velvet Sky, Tim Storm and Joe Galli at work.

As for working with Galli and Sky, Storm was more than complimentary. “He’s been the anchor from day one … and Joe [Galli] makes that easy because he’s so smooth and so natural. He steers the boat and we just kind of follow,” Storm said.

The praise for Velvet Sky was similar. “Velvet came in and both of us were, in a lot of regards, first time doing that job. It’s kind of like being in the ring when you feel like things are going pretty well. I could feel us getting better with every show, and every segment we did, our timing got better, our chemistry got a little bit better.”

As for what matches he is looking forward to the upcoming PPV, with includes Trevor Murdoch challenging Nick Aldis for the Ten Pounds of Gold, and other angles like Kamille challenging Serena Deeb for the NWA Women’s championship, and other stories unfolding like Aron Stevens and Kratos’ slowly deteriorating tag team status, Storm made this wonderful point.

“It is a culmination of what ten or eleven weeks of storytelling that is going to happen on June 6th on When Our Shadows Fall. And I always will prefer being in the ring because that’s what I’ve been doing for 25-plus years. But what a great seat to watch all this stuff unfold!”

NWA When Our Shadows Fall is this Sunday, June 6th on FITE TV starting at 4 p.m EST. Ordering information is here.