Joe Galli’s all in on the NWA 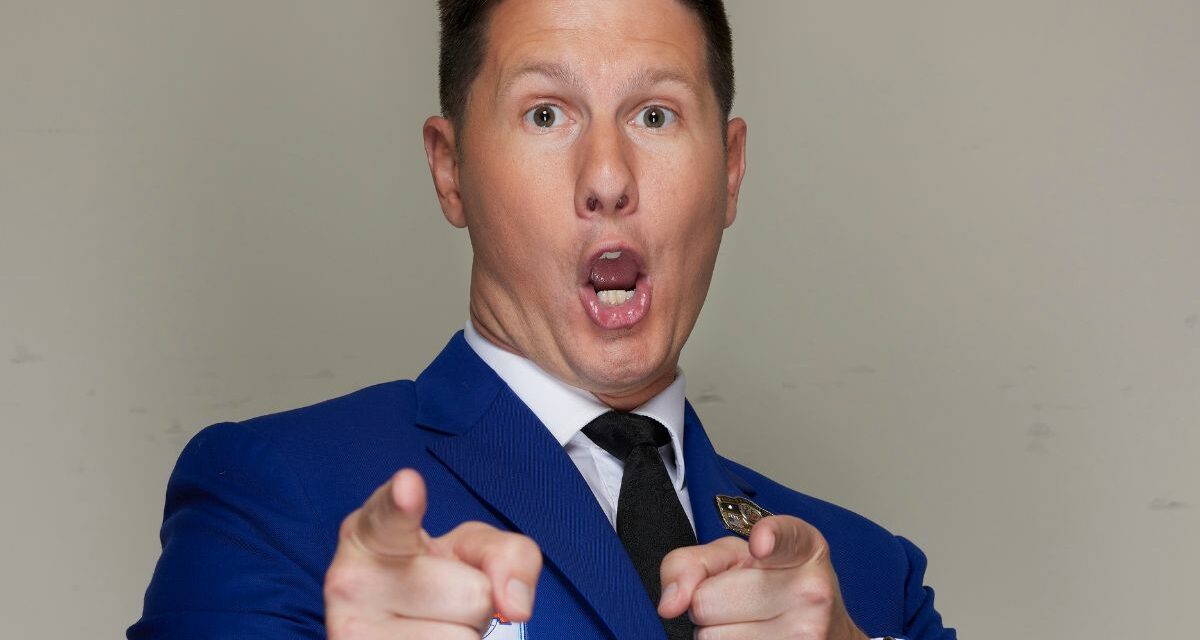 When you look at Joe Galli during broadcasts of the NWA POWERRR shows on the FITE app, he comes across as a very fresh-faced young man. But when you hear him describe the action in the ring alongside his color commentary partners Tim Storm and Velvet Sky, Galli evokes an old-school play-by-play that hearkens back to the old days of the National Wrestling Alliance.

As SlamWrestling.net caught up with Galli, we talked about some of the influences he brings to commentary. “As far as refining my style and finding my own voice in wrestling, I’ll never be able to say that J.R. and they have had a huge influence on me just because it’s the time I grew up and the Attitude Era,” Galli explained.

“I don’t have a whole lot of memories of my childhood, but I actually do remember watching the debut episode of Smackdown in my little house in Arleta, a suburb of Los Angeles, with my dad, falling asleep on the couch,” he remembered. “That time [was] very influential for me just because that’s what I had growing up. But as a professional, and as you start looking at things and you start looking at the NWA and the style that we have with the NWA and the wealth of footage and stuff that you get to go through with that.”

He mentioned pulling styles from the likes of Jim Ross during his days with World Championship Wrestling, and especially the late, great Gordon Solie, who helmed Championship Wrestling from Florida before working in WCW too. “I like to think that, you know, I’ve done a lot of Gordon Solie studying and watched a lot of what he’s done and the mannerisms he has and the inflections he does for wrestling.”

Galli’s journey to getting to the broadcast desk of the NWA has been unique. Galli worked as a news broadcaster for 11 years, recently with WOAI News 4 in San Antonio, until he decided to dedicate himself to the NWA. Interestingly, though, he never considered a career in journalism. “I went to California State University, Northridge, and I was originally in a screenwriting program there. I was growing up in Los Angeles, so everybody wants to be in the movies,” Galli joked. “The screenwriting program was just too difficult for me to work full-time and also wrestle. So, I was like, ‘I can’t do all of this,’ but [the] journalism class schedule was just easier so it’s like, ‘Well, just do that.’”

It started, as it often does, with a friend. This one was Brandon Taylor, who currently wrestles under the name Robert Baines. “This is really dating myself here. He found an ad in the paper… like the physical paper… for a two-for-one coupon for a wrestling school in Van Nuys. And he’s like, ‘Hey, I want to do this, you want to be the free for one?’” said Galli, “and I was like, ‘Yeah, sure,’ and I kind of just got addicted to it at that point.”

As for the type of shows he wrestled, Galli uses a term popularized by his former broadcast partner, Jim Cornette: “I worked a lot of outlaw mud shows in the Greater Los Angeles area, and I did that for a number of years working those small indie shows.”

There was another benefit to doing that type of work. “It’s what catapulted me into being able to be a good broadcaster in wrestling,” he said.  “I think you could see that when you watch some other programs out there and you have somebody who hasn’t been really, for lack of a better term, indoctrinated into the sport of professional wrestling. So, maybe the lingo is not quite right or, you know, the feel isn’t quite right at certain times, but if you’ve actually been there and you’ve worked in a ring and you’ve done all that, it really does help keep it in the same way. You want your broadcaster to have some sort of relationship with whatever sport that they’re doing, you know? I can’t imagine Vin Scully as a child didn’t play baseball.”

Since 2011, Galli worked as a broadcast news journalist working in varying markets from Toledo, Ohio, to Palm Springs, Calif. “But at the same time,” he said, “I always kept the one toe dipped in wrestling at all times.”

The announcing break happened with David Marquez‘s Championship Wrestling from Hollywood promotion. “He needed a commentator for his show because Todd Keneley was moving to IMPACT, and so my good friend who I mentioned before [Baines], who I started [with] in pro wrestling and who happened to be the champion at the time and he’s like, ‘Hey, we got the spot. I think you might be good. Dave’s looking for somebody with broadcast experience, and you do.’” 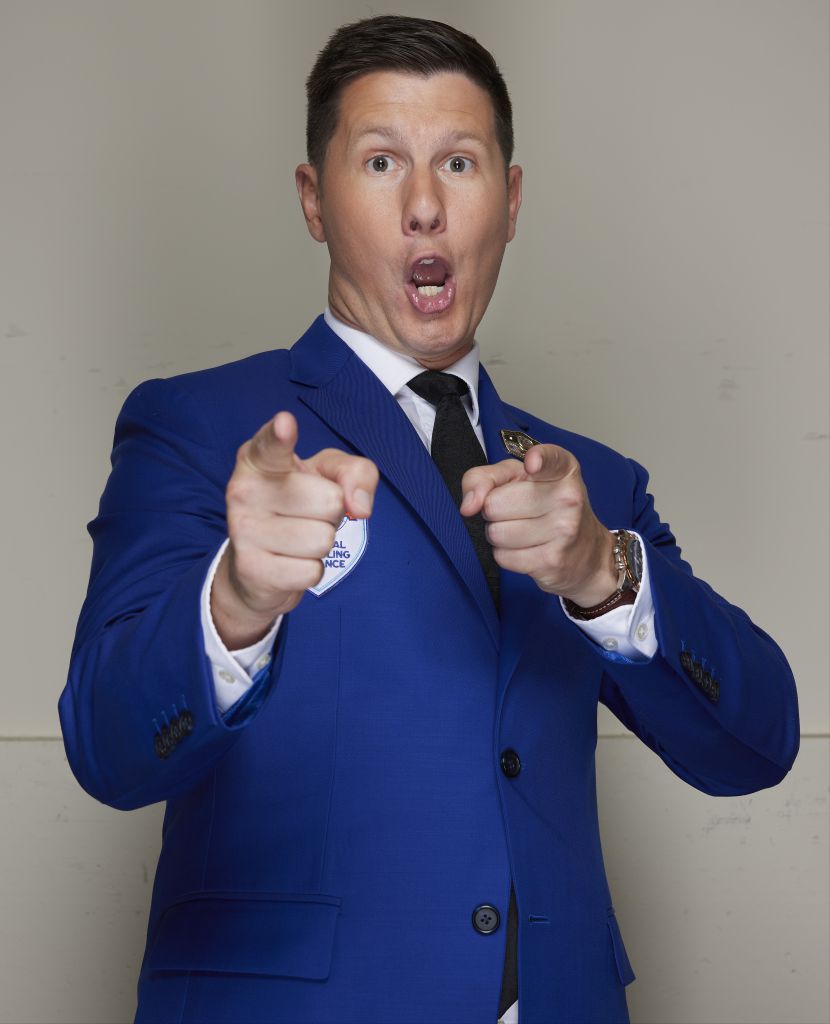 Joe Galli in June 2022. Photo by Daniel Moore for the NWA

Around 2017, Billy Corgan purchased the NWA, and with Tim Storm as the NWA Heavyweight champion, he wanted to get the belt in circulation on television again, and that was on Championship Wrestling from Hollywood.

But it was afterward that everything set into motion for Galli. “At the end of the taping, I get pulled into a hallway and there’s Billy Corgan and he’s like, ‘Hey, I’m really invested in this NWA thing. I wanted to make it a big thing and I want you to be the voice of it.’”

It was also in March of 2018 that Galli took a position as a dayside reporter for the Sinclair Broadcast station in San Antonio, Texas, where he lives today. “I was doing that for a number of years, and I basically just used all my vacation time to travel and to do NWA shows,” he said.

Galli had gained some renown as far as broadcast journalism was concerned. “Not to toot my own horn, but I was one of the more seasoned journalists at the station while I was there. So, they would also send me the big things that were happening. I went and I covered the El Paso mass shooting, I covered a bunch of hurricanes; anything that was really big.”

But that sort of schedule and the types of stories Galli covered started to wear on him. “In today’s climate, you get a lot of heat for being a journalist,” he said “[and] I don’t know if I wanted to deal with that anymore.”

That was when Galli decided to leave behind news broadcasting in April 2022 to focus on the action inside the squared circle. 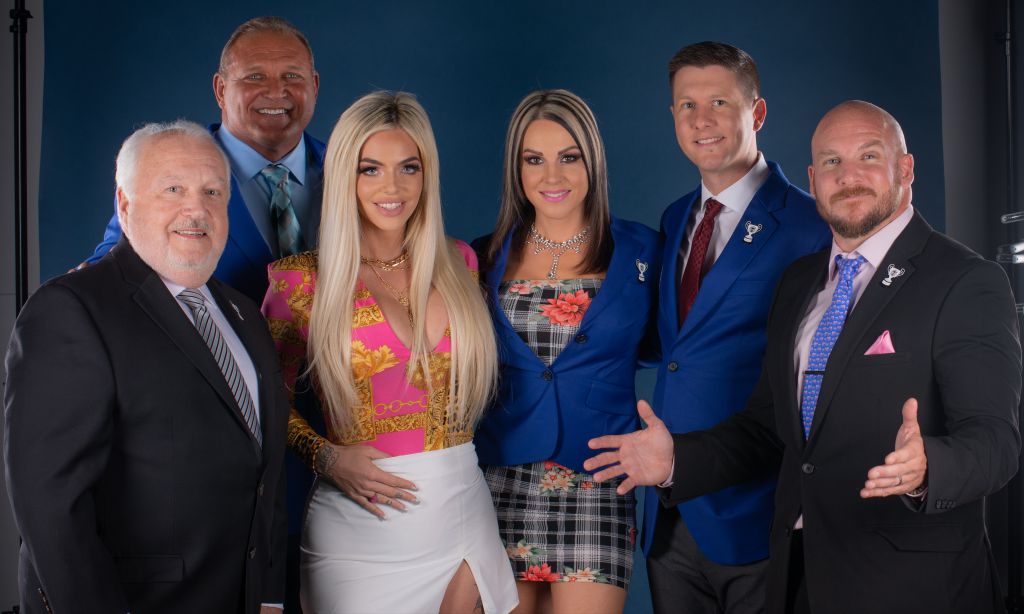 Galli has been the core of the NWA commentary desk with Sky and Storm offering color commentary. Storm spoke with SLAM! last year, and said this of his colleague: “He’s been the anchor from day one … and Joe [Galli] makes that easy because he’s so smooth and so natural. He steers the boat and we just kind of follow.”

“It’s flattering and Tim’s right in the fact that, with the exception of Nick Aldis and Tim Storm, I’m the longest-tenured employee of the Lightning One era of the National Wrestling Alliance,” Galli remarked. “You know, there isn’t a highlight of the NWA if it’s in-ring that I’m not part of it some way.”

Since focusing on commentary instead of a news desk, Galli is excited about not only calling the matches at the upcoming NWA 74 double PPV, August 27-28, in St. Louis, but also what the future lies ahead for the promotion. “I look forward to continuing this career in pro wrestling and to be a part of the NWA and having us really, really grow and get bigger and bigger.”