Behind the Gimmick Table: The evolution of Aron Stevens 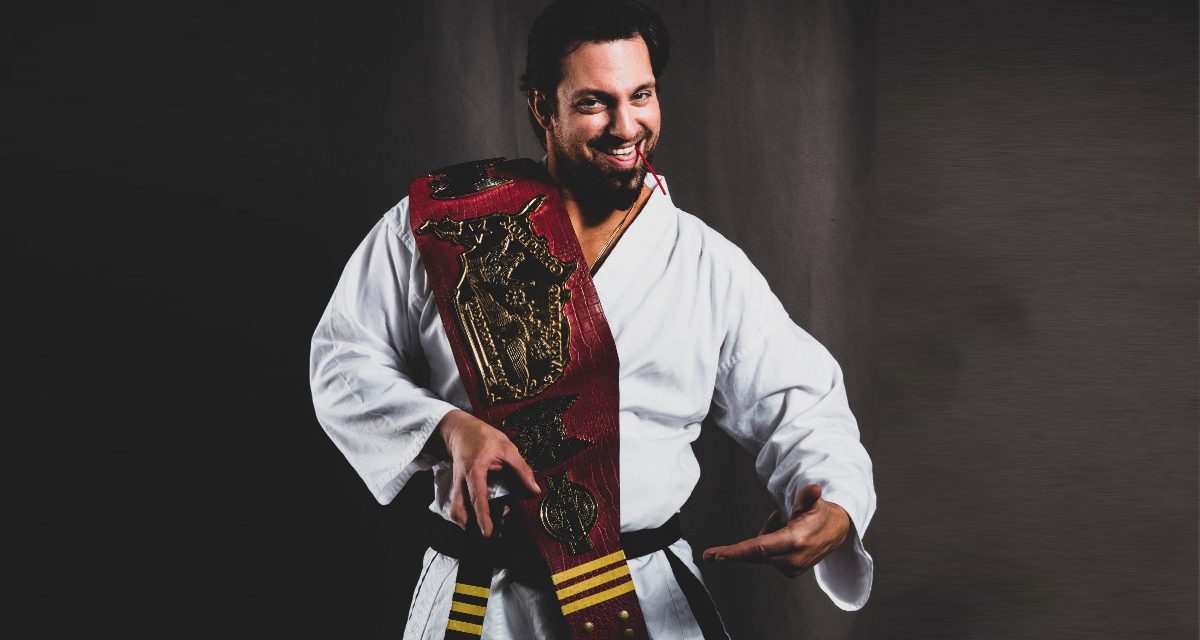 Looking at the micro and macro of the professional wrestling career of Aron Stevens shows a versatility few others ever have. The gimmick table, however, is something he gave little thought to, especially in comparison to the depth and variety of what he was able to produce within the squared circle itself.

In his own words it’s “weird but I’ve never cared about merch.”

Although inevitably merch is what would trigger within him the realization that he truly “made it” as a professional wrestler. 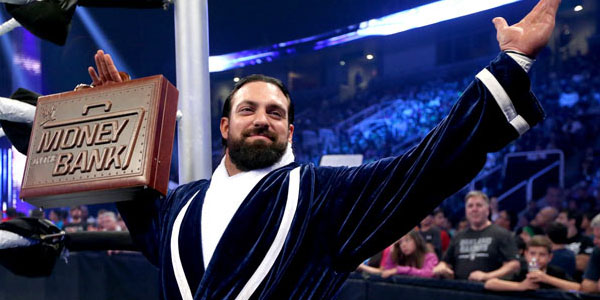 Aron Stevens as Damien Sandow the Mr. Money in the Bank in the WWE.

Wrestling and the corresponding media would definitely play an integral part for Aron in his childhood. He told SlamWrestling.net that he had a Hulk Hogan T-Shirt and remembers “his big rubber LJNs and the smaller ones that came out after. I had the ring and would organize my figures and have little events and keep consistency and booking. But I didn’t really know what that was yet.” 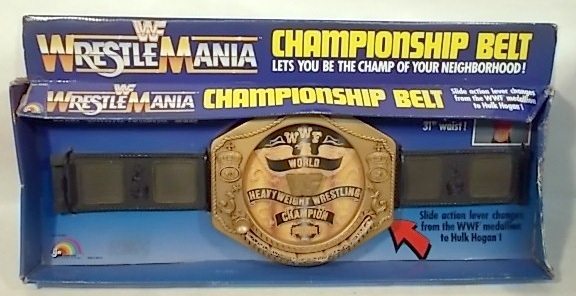 A critique Stevens shared of the figures from his childhood too relates to WWE and the way it presents its product today. He called the WWF WrestleMania replica championship belt by LJN his prized childhood wrestling item. He shared his favour for the classic WWF Winged Eagle Championship Title Belt as a missed opportunity for the WWF/E in both the action figure department and TV stating that he “always wished they had proper championship belts, especially for the LJNs. I am a big fan of the Winged Eagle. I think that should still be the belt today. The classic IC (Intercontinental) is a good belt, it looks great. Now its a rancid thing. Its not even shiny. Not a fan of title designs today.”

Although Stevens did not for want of wrestling figures as he says his “parents were very good and I had all the figures I wanted.” His childhood play showed variety beyond the ring. The majority and focus of his playtime would revolve around warplay he describes as “Army stuff. GI JOEs, cap guns and playing war with my cousins.” 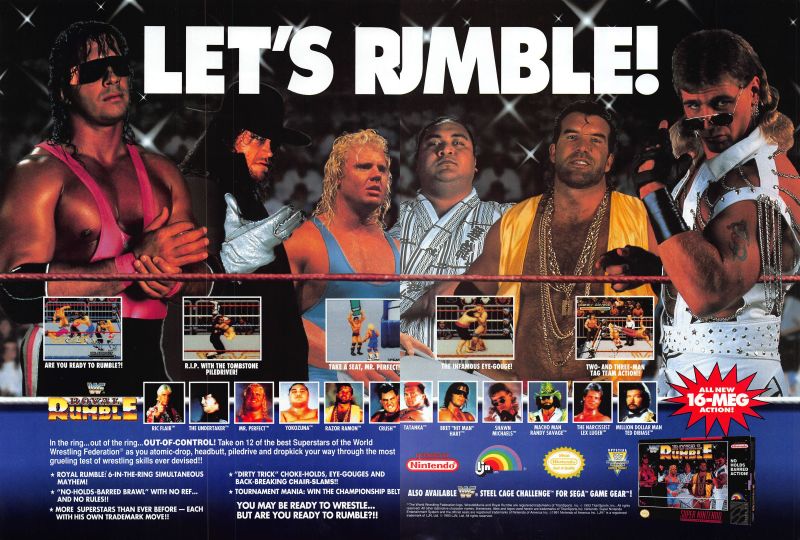 As Stevens shifted to a more athletic lifestyle to focus on his martial arts training in kung fu, his attention drifted away from wrestling. As a casual gamer, this is how he maintained a connection to wrestling during these years when he “wasn’t heavy into it but I always knew what was going on [in WWF] TV and the SNES WWF Royal Rumble was a great game.”

In his late teenage years, Stevens again took an interest in wrestling and began his journey into pursuing it as a profession.

It was during his rookie tenure, as Aaron “The Idol” Stevens, that Stevens had his first products for sale. It set a bad precedent. “When I wrestled on the indies a company, Chaotic Wrestling, made me a Teen Idol shirt. ‘Don’t hate me because I’m beautiful.’ ‘Beautiful’ was misspelled.” 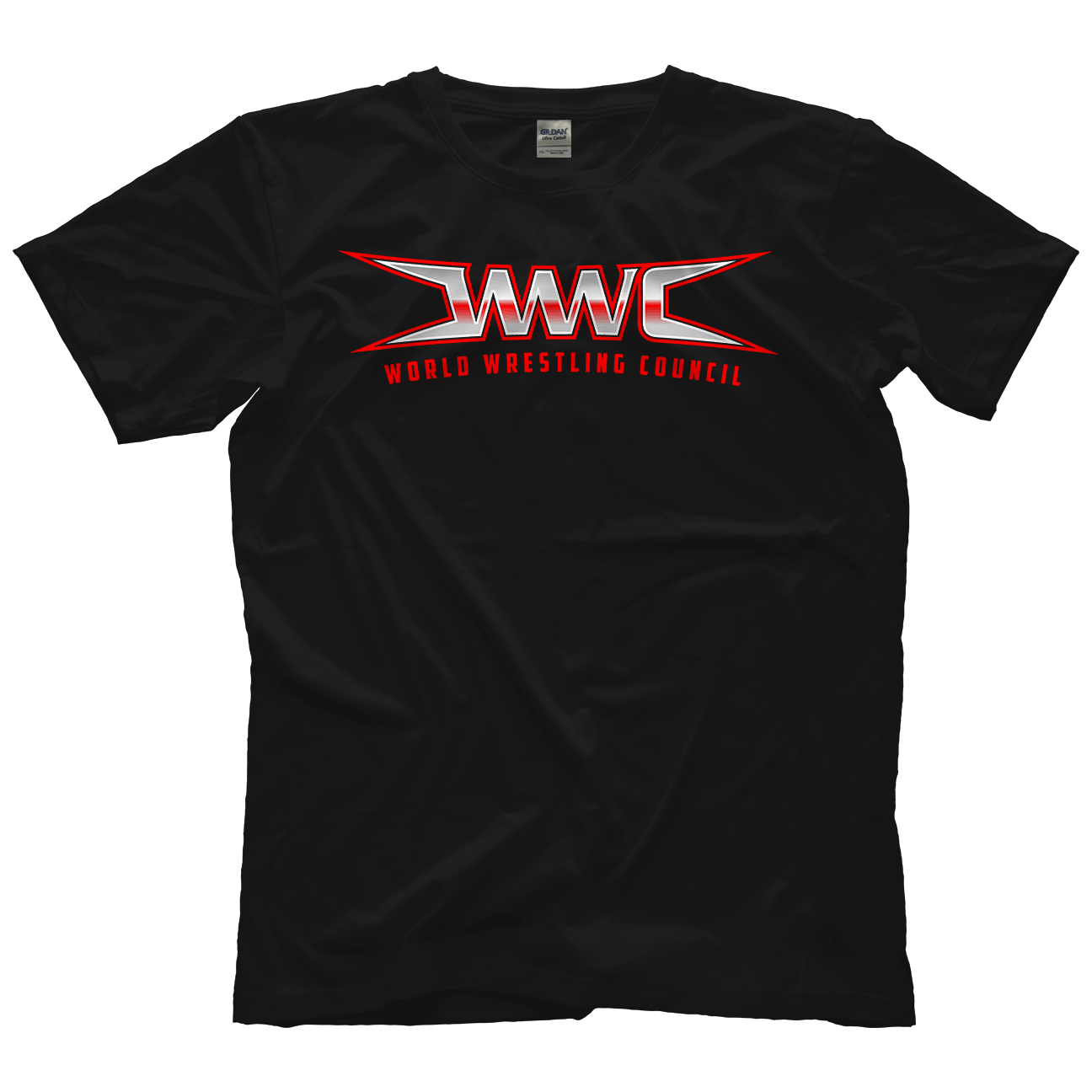 After slogging it out on the independent circuit for years, including a period in Puerto Rico where the only merch was a singular generic T-Shirt for the World Wrestling Council promotion itself  — an item he still owns to this day — he made it to WWE as Damien Sandow.  In WWE, his T-Shirt redemption came to pass. Acting as a “braggart, condescending intellectual heel,” the first Sandow T-shirt is a true classic and cool ephemeral collectible. 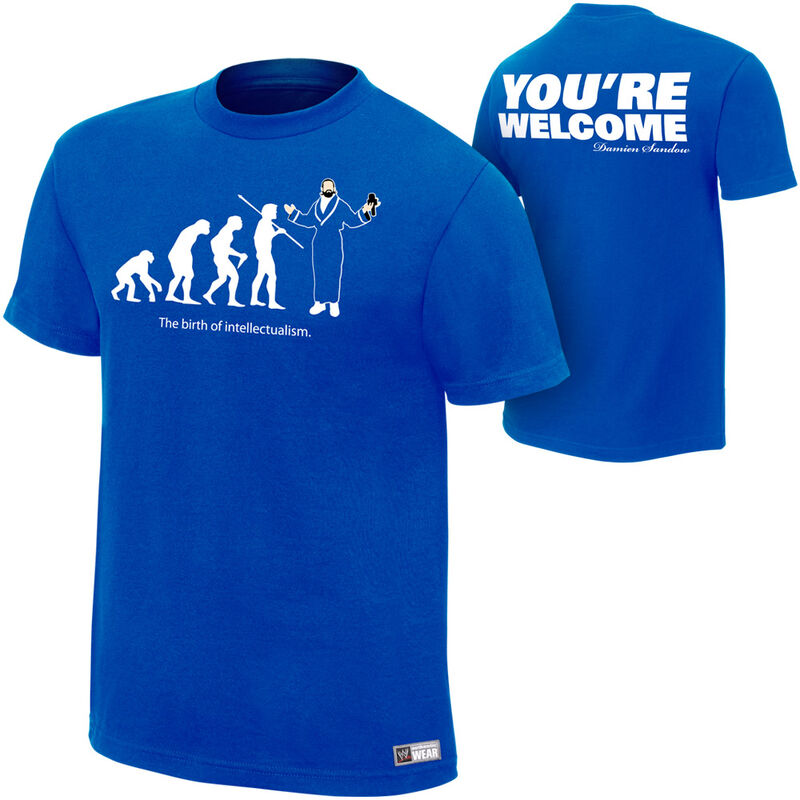 There would be other Sandow T-Shirts, but none had quite the same impact. In the end, the merchandise is about money.

“The cheques used to be good but they cut that way down,” he recalled. “The video game cheques were still better than the [action] figure checks but getting the action figure was when I went, ‘Oh my God, I’ve made it!’ When you see yourself in a little… I don’t want to say voodoo doll … it’s pretty cool.” 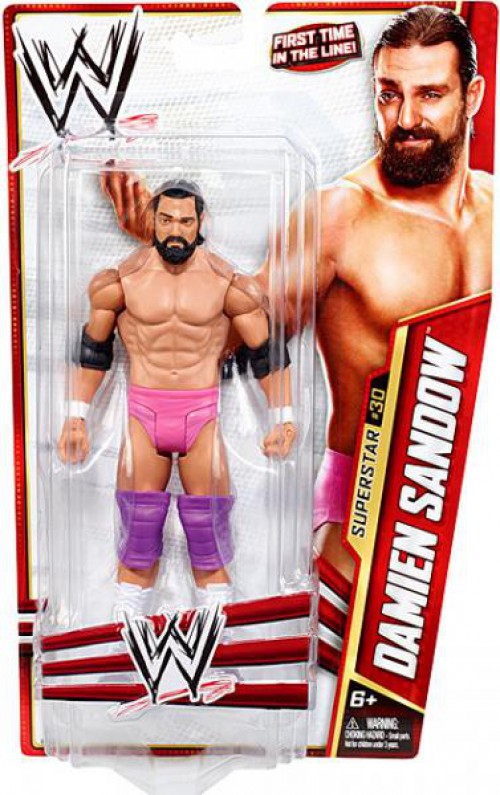 Since his tenure in WWE, first for Impact! as Aron Rex and now in the NWA, Aron Stevens has not marketed merch himself. “It still is not something I am interested in,” he confessed. 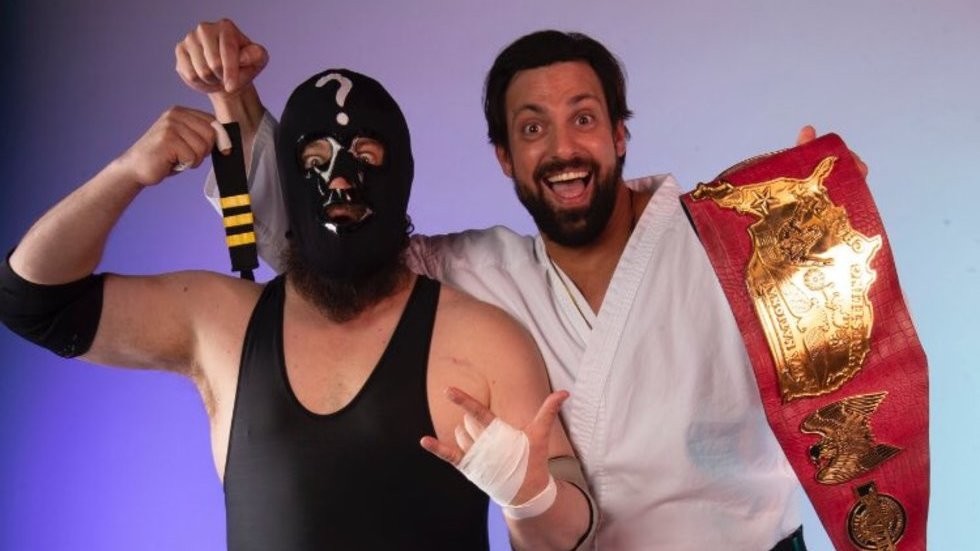 If you are interested in seeing Aron Stevens today you can check him out in the NWA as a part of the United Wrestling Network, where he has returned to his martial arts roots. United Wrestling Network’s Primetime LIVE is set to be 90-minutes of hard-hitting, can’t miss action, premiering Tuesday Sept. 15 at 9 pm ET and will originate LIVE from Thunder’s Long Beach Studios.