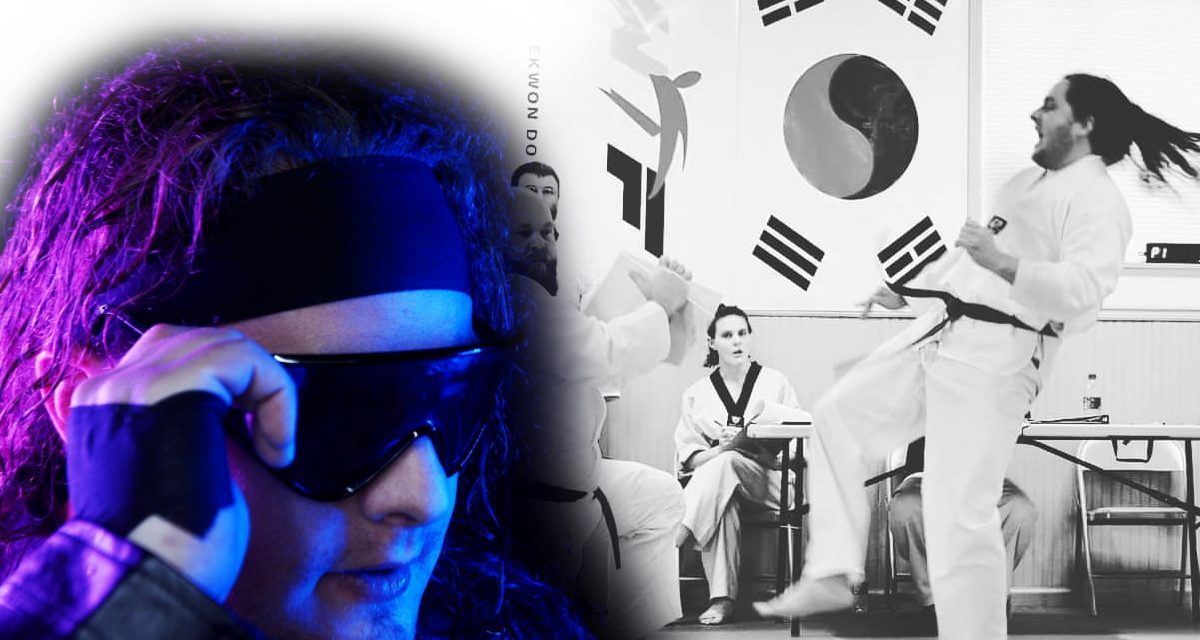 Donnie Popham has always enjoyed stirring the pot, so to speak. He has especially been able to do so since changing his ring name.

Seeing the popularity of AEW’s polarizing Joey Janela, Popham reached out and surprisingly Janela gave the Alabama-native the okay to bill himself as his cousin “Kung Fu” Janela. 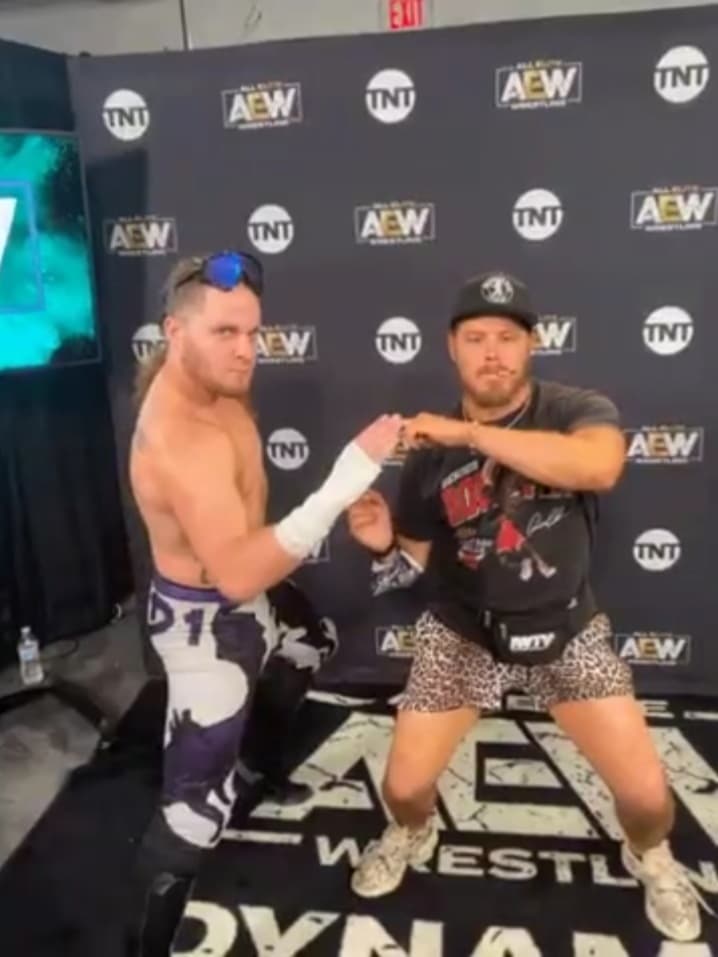 Popham’s pro wrestling journey began with a case of mistaken remembrance. “My earliest memory as a child is [thinking] I saw Andre the Giant versus Hulk Hogan live,” he chuckled, talking to SlamWrestling.net. But years later, upon doing the math of being born in 1990, he realized the match was burned into his memory from the VHS tape and others running on repeat perennially.

Wrestling remained front and center for Popham into his adolescence and beyond. “I didn’t want Batman or Superman (toys), I wanted pro wrestling.” He also sheepishly confessed that years later he would buy figures and video games for his brother, Shawn, and other younger friends just to be able to play with the toys himself.

Thus it was with a seemingly unattainable  pro wrestling dream in mind that Popham began to study martial arts, namely Shotokan karate and taekwondo.

Due to discouragement related to his size, Popham also began to hit the gym. This helped him to play some high school football. He hadn’t been a fan of the sport, but became one upon playing and remains one. 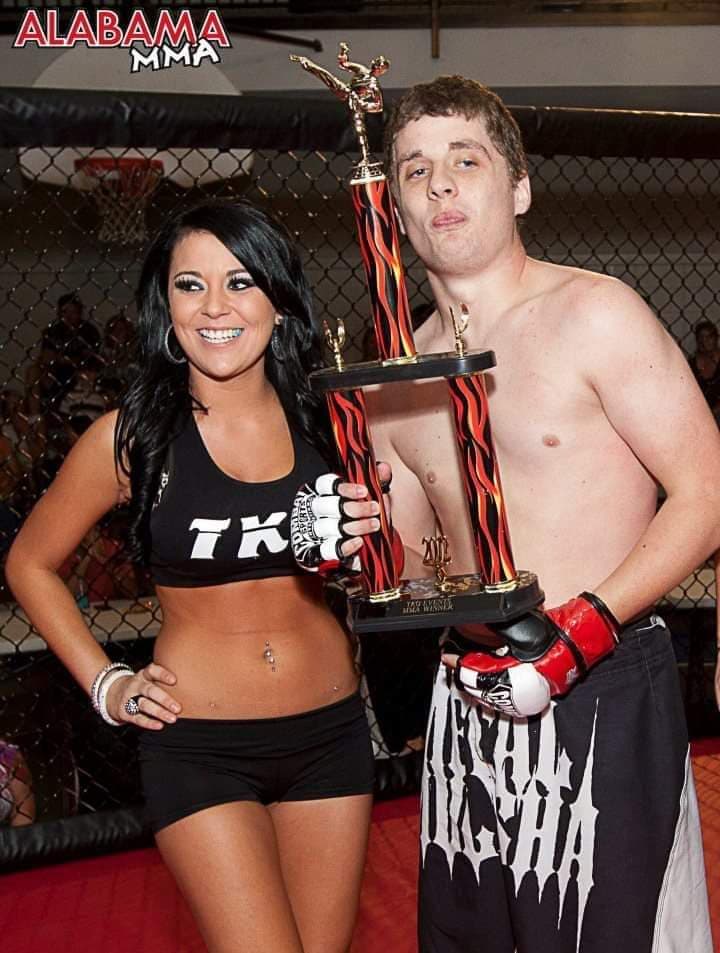 But before getting into pro wrestling, Popham took up another career when he found an ad for “Fighters Wanted” in a local “Buy and Sell” bulletin. To skirt the athletic commission in his state of Alabama, these underground fights were at first referred to as “Toughman Contests.” But soon enough, the fights were regulated as mixed martial arts when attendances began to skyrocket.

Popham approached the contests differently than the other fighters, in a way which lent itself more to pro wrestling. “I was more of a showman. I was one of the few guys that actually had shirts, just for me and my teammates. The day before my fight, I’d stress out on what my walkout music was going to be and how I was going to do my entrance.”

As his cage fighting days began to fizzle out, Popham concurrently began to train in pro wrestling. Always craving attention, he soon realized he’d get in the squared circle more often than the cage, so he abandoned MMA altogether.

With his martial arts background, it only took Popham three months to debut after starting training at Ace Haven’s Pro South Wrestling Academy along with his brother. Initially Popham used the same moniker as he did in MMA, which he had adopted from Deion Sanders of the NFL — “Primetime” Popham. He was careful in the way he incorporated it. “Everybody and their mom was wanting the MMA guy, it was the cool thing to do. But the only people to legitimately do an MMA gimmick are the people who have been on television like Brock Lesnar, Matt Riddle, Ronda Rousey,” he explained. So Popham went in a different direction, in an over the top retro kung fu movie throwback approach. 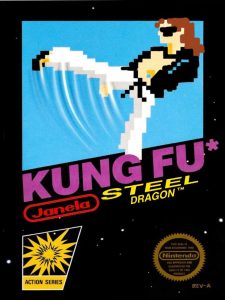 Merch was a priority for Popham and finding out about the Pro Wrestling Tees online store was a revelation and became a goal. “Nobody had it in the South in indy wrestling at that point. No one where I was at understood getting yourself out there. I really stepped it up [because] they didn’t let you just buy it, you had to have a certain amount of followers, so I just hustled real hard to get my Twitter followers,” Popham recalled. After interacting with fans and wrestling accounts regularly, he reached 5,000 followers and opened his own store.

His social media accounts continue to be busy and popular, odd though some requests might be:

In need of 2 women that will pour white claw down my throat during my entrances and when I'm sparing. Oh and for when I'm practicing Kung fu. Also for when I'm meditating.

There is little question that Popham has taken the “Kung Fu” Janela gimmick and run with it — or strutted with it, given the video below.

Over time, Alabama’s New South has become Popham’s home promotion. He helps with booking, works in the training center along with 15-year veteran Cabana Man Dan and more. The promotion has been on the upswing with both attendances and online presence.

Attention has therefore come to New South from wrestlers wanting a piece of the pie. 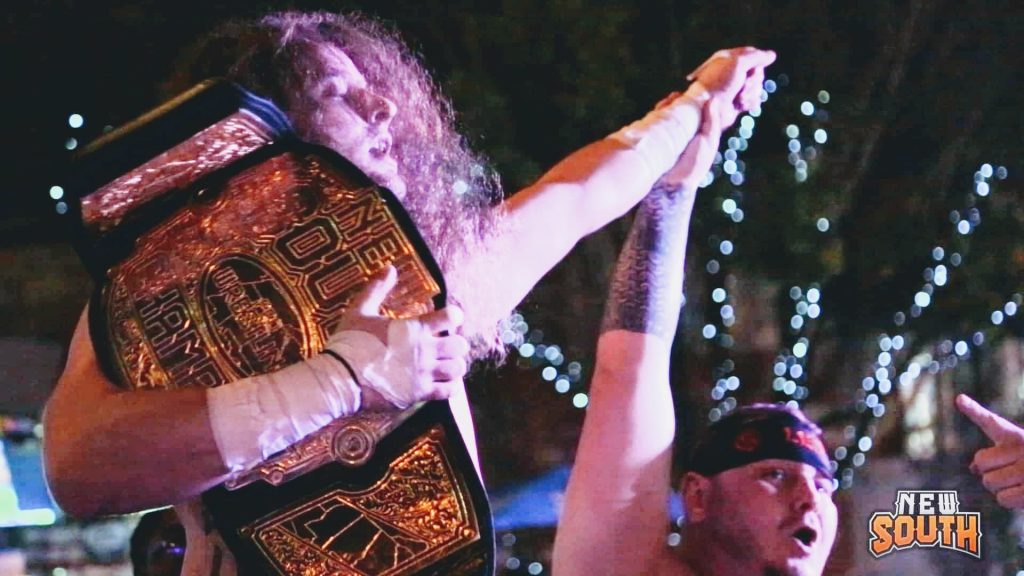 Popham with the oversized Pro South belt which has its own successful merchandise.

As a wrestler, Popham is all too familiar with the grind of taking a shot in the dark at showing his face at a new promotion as much as a 17-hour drive away in the hopes of an opportunity. There aren’t always chances and promoters can’t always watch every YouTube link that wrestlers send. This is the driving force behind New South’s Tryout Seminar. “I’m trying to get the young hungry guys that want to invest in themselves. You are gonna spend $20, but [then] we pay you and book you again. Then you’ve made money because you invested money.”

He recognizes that some do not appreciate — or even find it offensive — that someone with less than a decade under his belt as a professional wrestler is “working the boys” by charging $20 for a seminar.

It doesn’t phase Popham. Nothing seems to.

Both Popham and New South continue on, onward and upward. The promotion runs events in eight cities and is one of the top companies on IWTV for viewed hours. According to Popham, Alabama is ahead of the curve in the COVID-19 shutdown and everything is a go for both the June 19 tryout seminar and the subsequent event at the Mort Glosser Amphitheater, a new bigger venue for their fans.