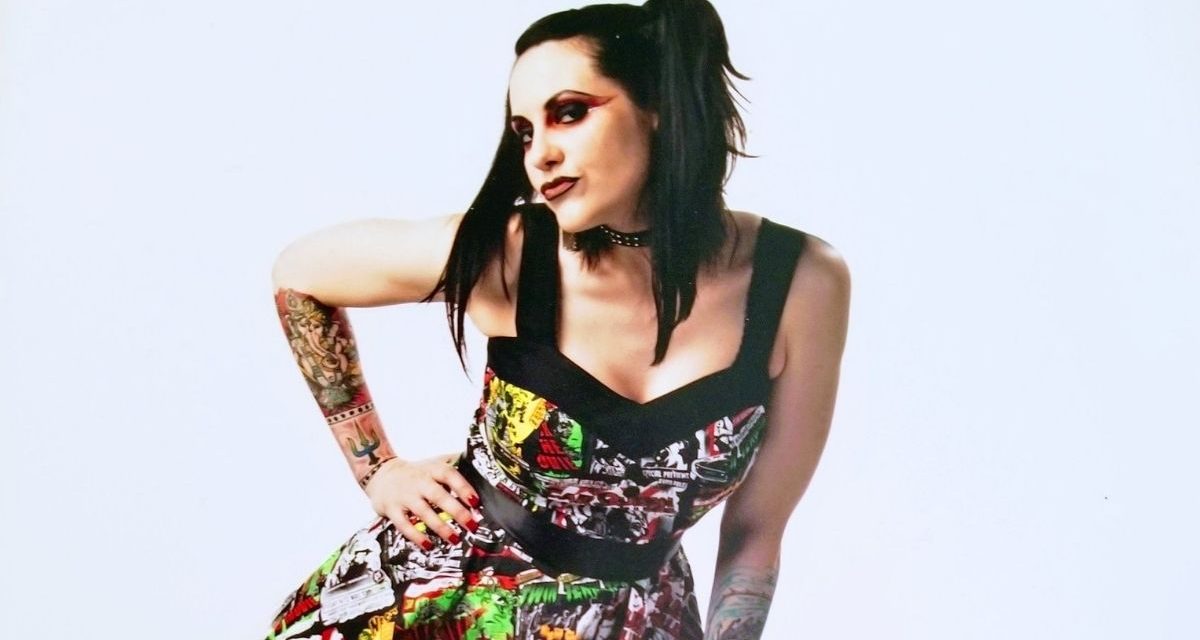 Shannon Spruill, who was known as Daffney in WCW and Shannon and Shark Girl in TNA — and “The Governor” aping Sarah Palin — has died. She was 46.

The news follows a harrowing evening on Wednesday, September 1, as she took to a live Instagram video to threaten suicide, while brandishing a gun, and vent, all the while her phone kept ringing, unanswered, with friends and family reaching out.

According to sources, police went to her home but would not enter, knowing that she had a weapon.

Her mother confirmed the passing to those she was close to in the industry, and Lexie Fyfe, who was Spruill’s partner in booking the SHINE promotion, confirmed the news through her SlamminLadies social media: “We are very sad to have to announce the passing of Shannon Spruill aka Daffney Unger @screamqueendaff. We are posting this at the request of her family. Please respect their privacy at this trying time. I will miss you my logical sister from another mister.”

Spruill had many health complications, from her career as an active wrestler ending from concussions, to depression, to going undiagnosed for years over being bipolar.

She has been vocal over the years about concussions, and how they have haunted her. In the book Sisterhood of the Squared Circle: The History and Rise of Women’s Wrestling, she told authors Dan Murphy and Pat Laprade:

My career was ended early due to concussions … Any time I hear some girl hit her head, I say, ‘Cancel your next freaking booking. You rest. No working out, just light walking and stretching, but no physical exertion where blood is going to rush to your brain. Because it’s dangerous.’ I definitely did things in my career that I wish I would have had the balls to say ‘no’ to. I went through barbed wire and thumbtacks and tables. You can say that takes balls. But it takes more balls to say no. Your health is too important.

Shannon Claire Spruill was born on July 17, 1975, in West Germany, where her father was deployed by the US military. The family moved often — Utah, Georgia, Illinois, England, but the Atlanta area was home from the seventh grade. In high school, she was a celebrated soccer player. Acting was Spruill’s first love, and she got a Bachelor of Arts degree in Film and Video production, with minors in Acting and Music from Georgia State University. Until pro wrestling, her only notable role was uncredited, as a bratty child in the ballet class in 1985’s Santa Claus: The Movie — her part was filmed in Germany, where they needed English-speaking kids, and she is also in Insignificance from the same year.

One of her jobs before WCW was working with teleprompters, typing, spacing and controlling the scroll.

In November 1999, World Championship Wrestling (WCW) introduced a contest looking new talent. Spruill applied and was hired. In a Highspots shoot interview, she noted that she had been modeling and had an agent at the time, and she sent in headshots. WCW flew her and another contestant in for a look, which didn’t last long, and she was hired.

An actress that came for a casting call for one short segment and turned it into a legendary career both in and out of the ring. Love her story! https://t.co/FUXMpJJISJ

She debuted on the December 6, 1999, episode of Nitro, as an obsessed fan of David Flair dressed on Goth clothing. Impressing management, her role with WCW grew, and she acted as a valet/manager for David Flair, Crowbar, Stevie Richards and Raven, and later even won the promotion’s Cruiserweight title.

Spruill showed a desire to learn more and studied in WCW’s Power Plant, often as the only woman at the training center. She left WCW in February 2001, just before the company was sold to WWE. She did have a WWE developmental deal briefly in 2003.

She furthered her training with Dusty and Dustin Rhodes, and their Turnbuckle Championship Wrestling promotion and school. Spruill once tweeted: “So grateful to have trained w/ Dusty at his school & to perform with Turnbuckle Championship Wrestling since the first show. Such an amazing time in my life – I learned so much and loved every minute of it … I miss your presence & how you ALWAYS put a smile on my face, Dream ❤”

In TNA, Spruill showed her acting talent by portraying “The Governor”, a comical version of Alaska governor Sarah Palin. She also wrestled and managed.

An injury in the ring in April 2011 sent her to hospital with injuries; she later sued TNA for negligence and the lawsuit was settled out of court in March 2013.

Post-in-ring career, Spruill made appearances in women’s promotion Wrestlicious and SHINE Wrestling, where she was a partner of Lexie Fyfe in the promotion and booking.

Spruill was married to guitarist Rich Ward of Stuck Mojo and Fozzy from 2000 – 2003. 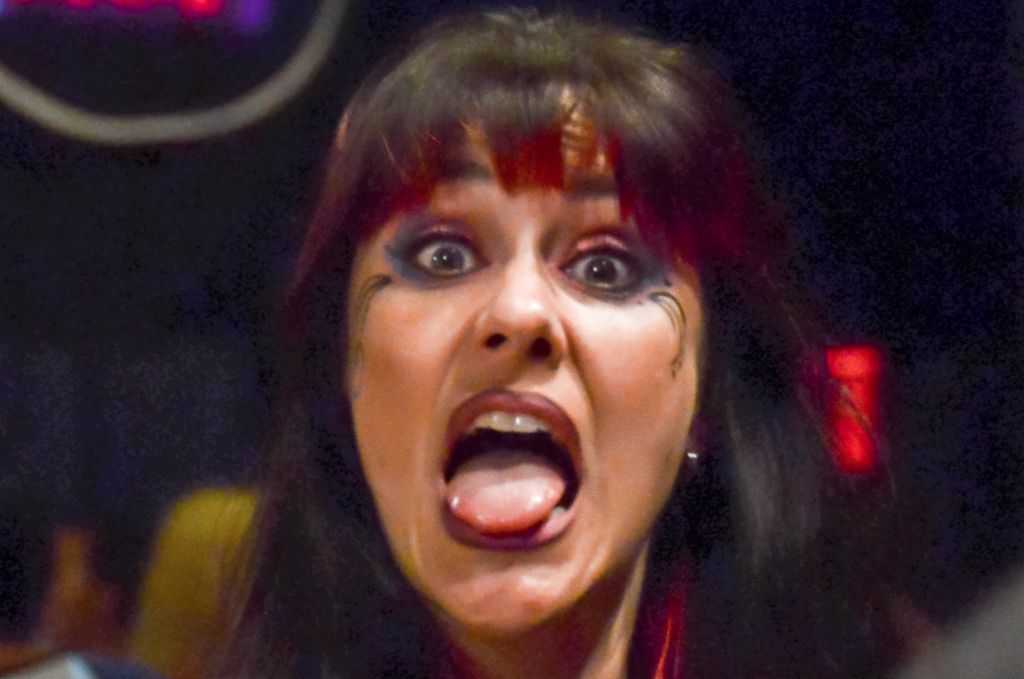 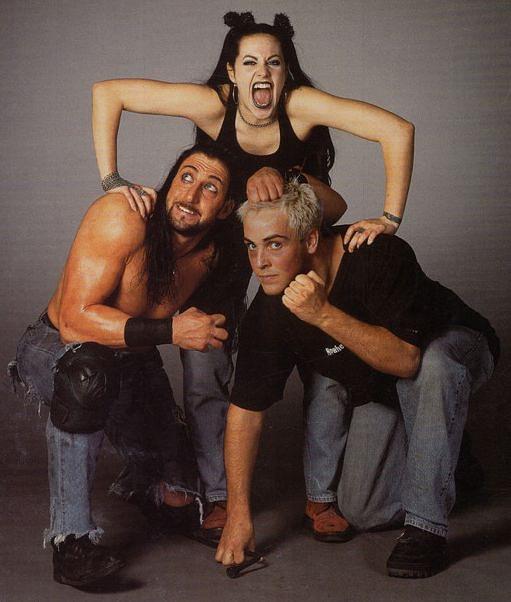 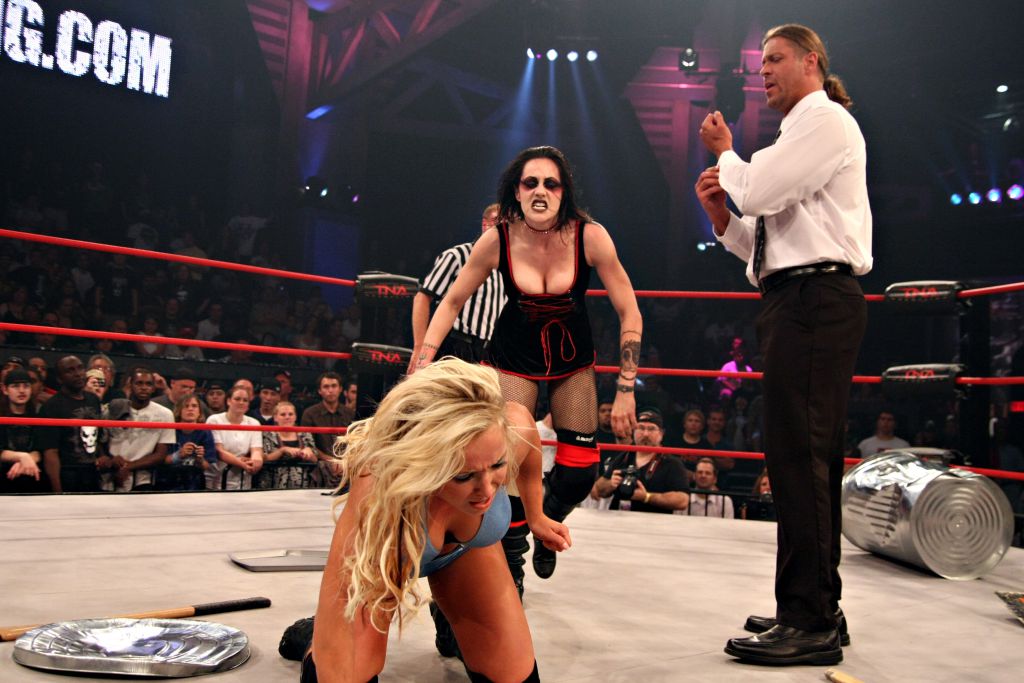 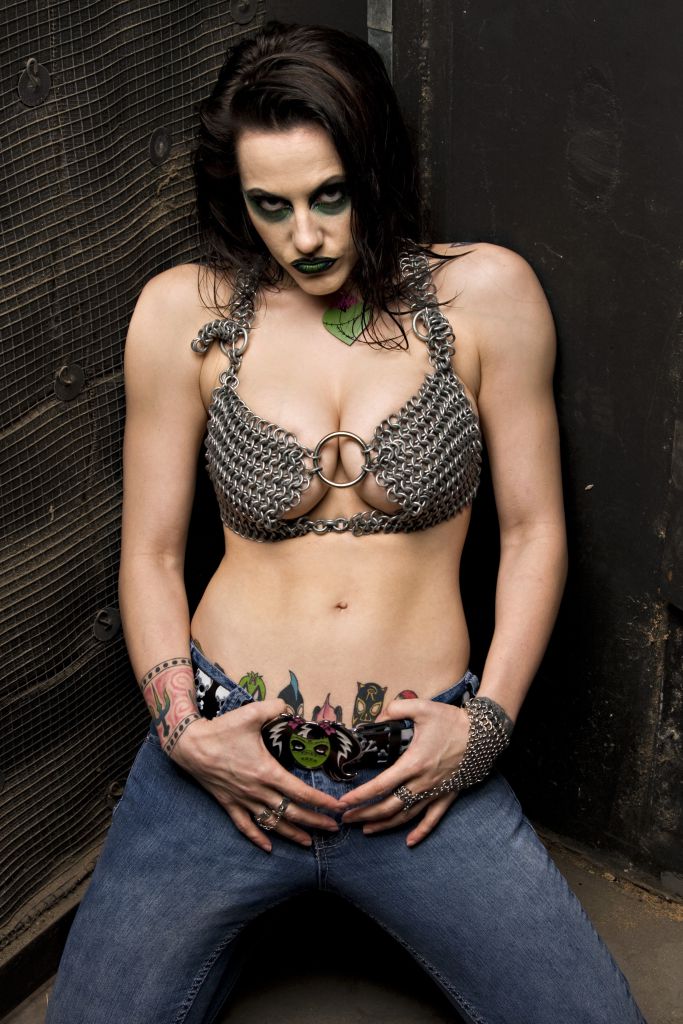 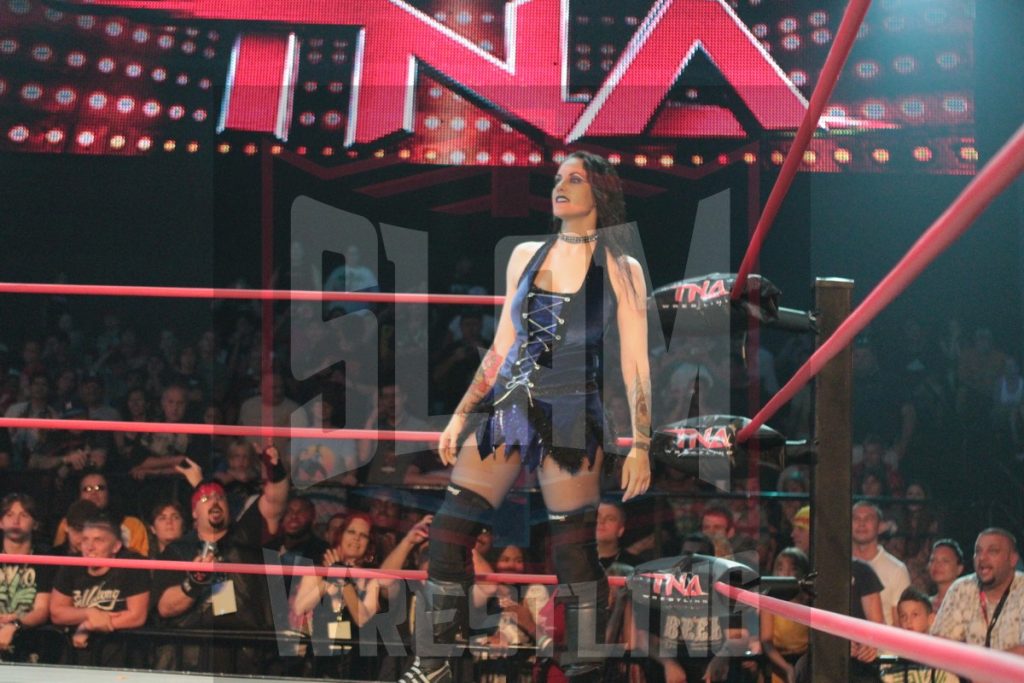 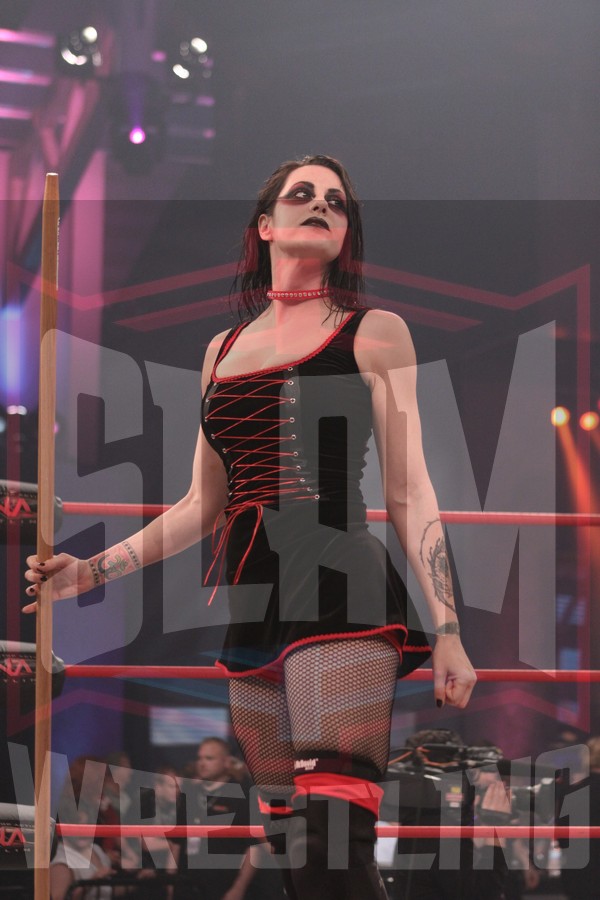 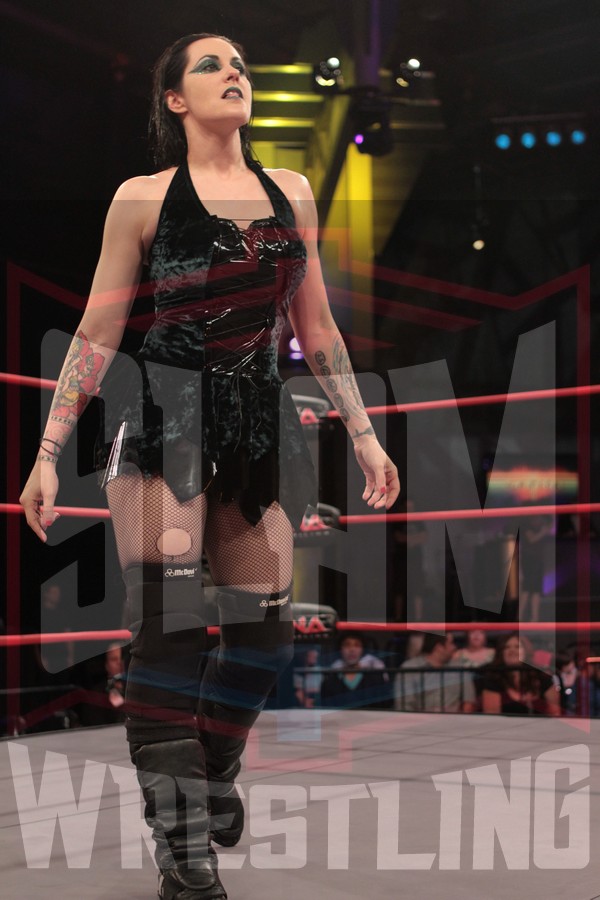 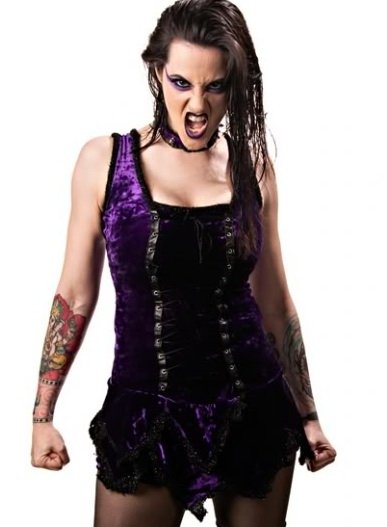 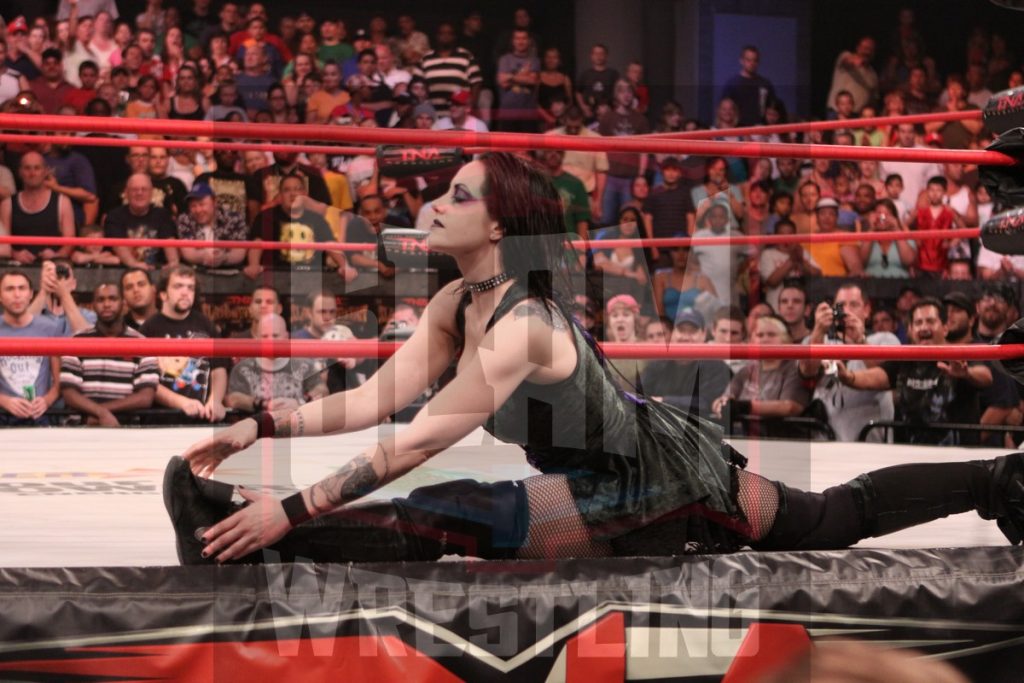 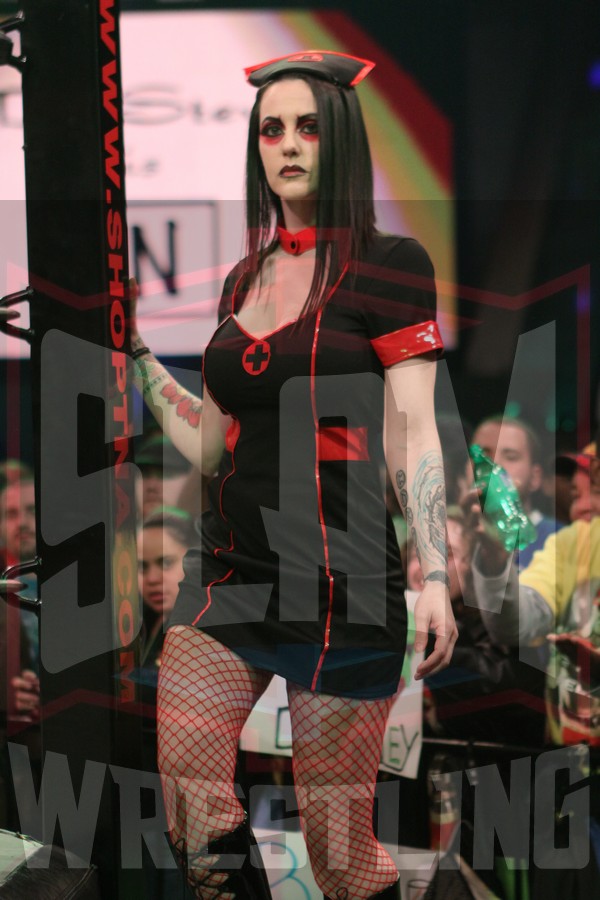 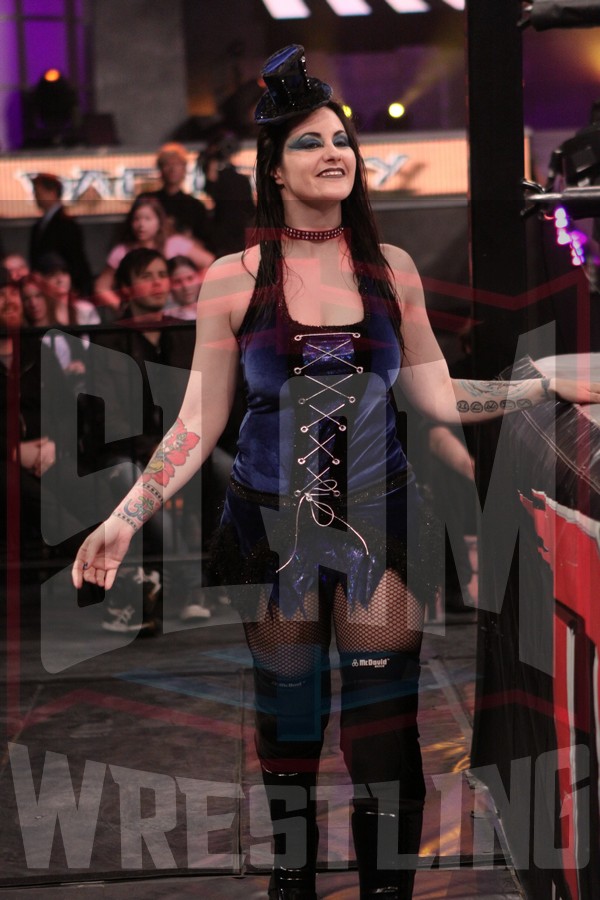 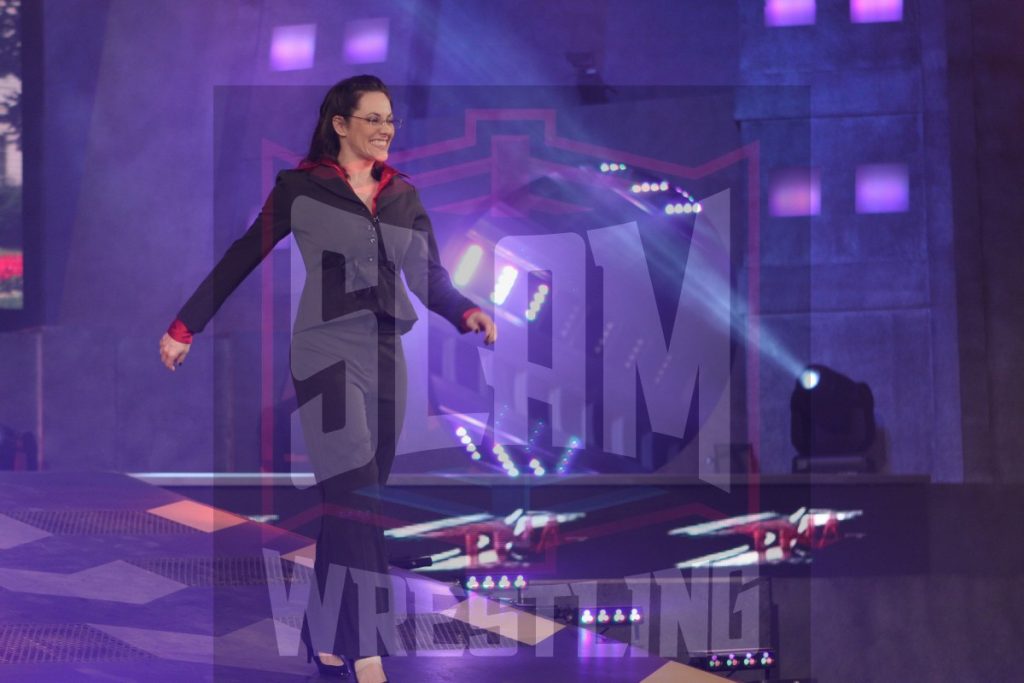 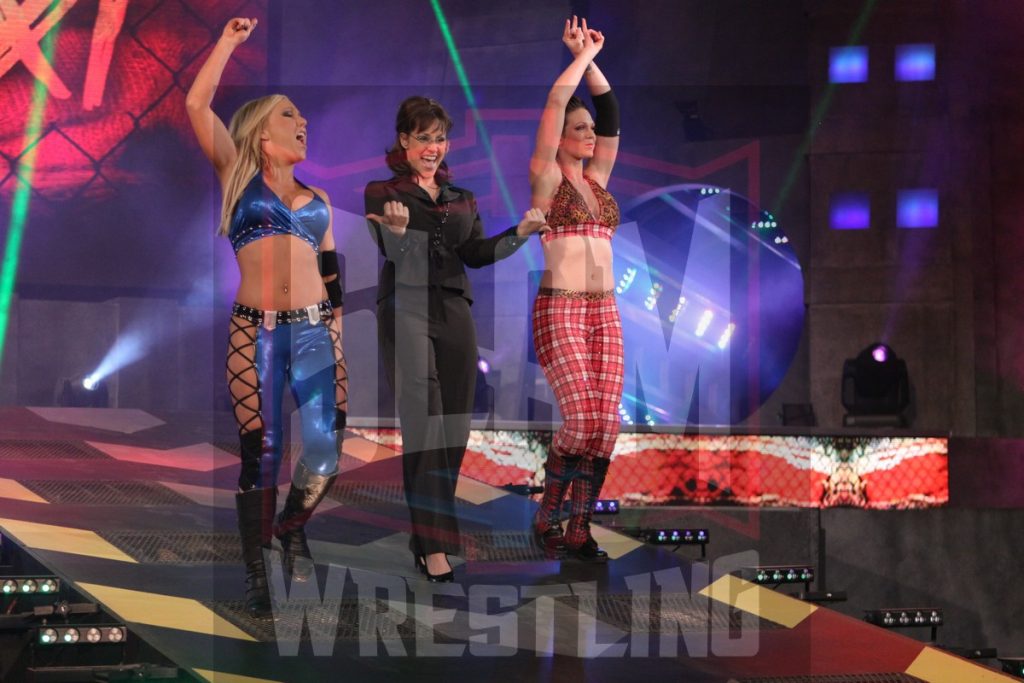 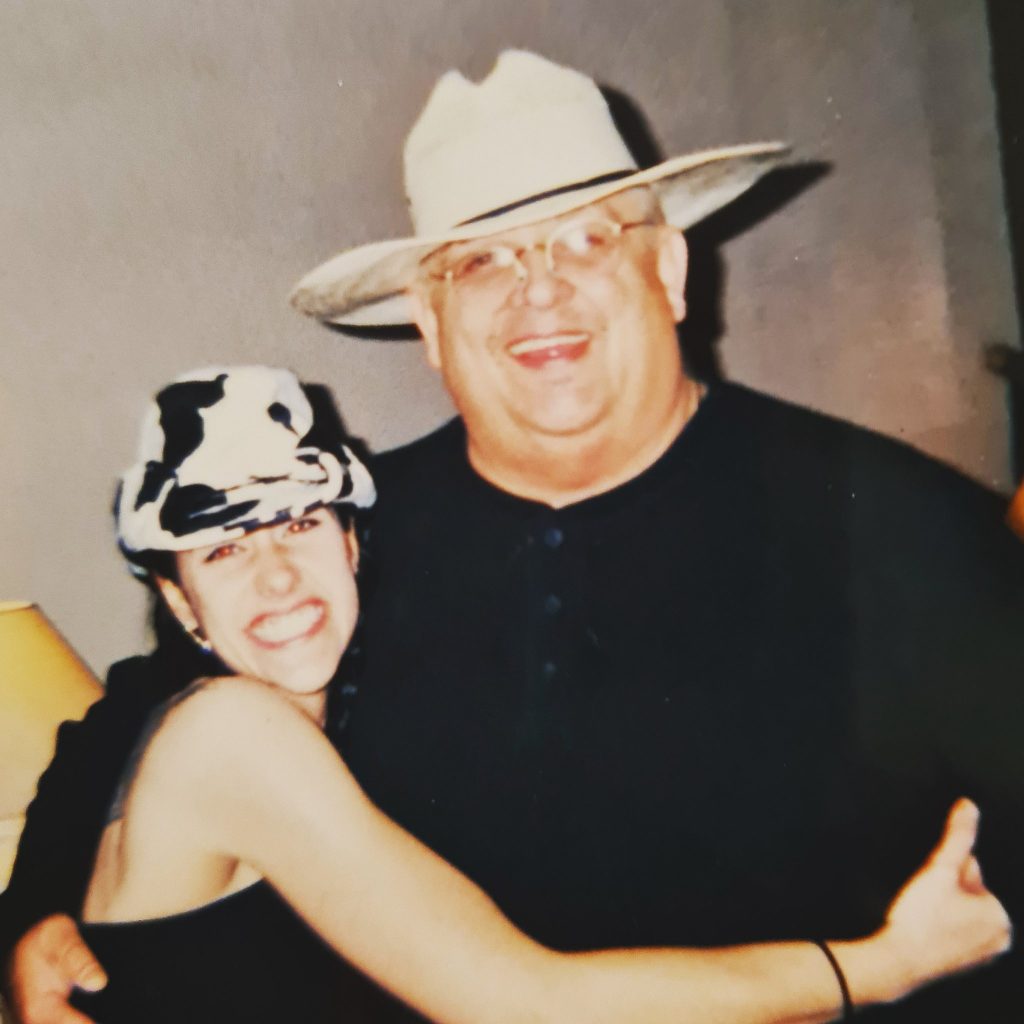 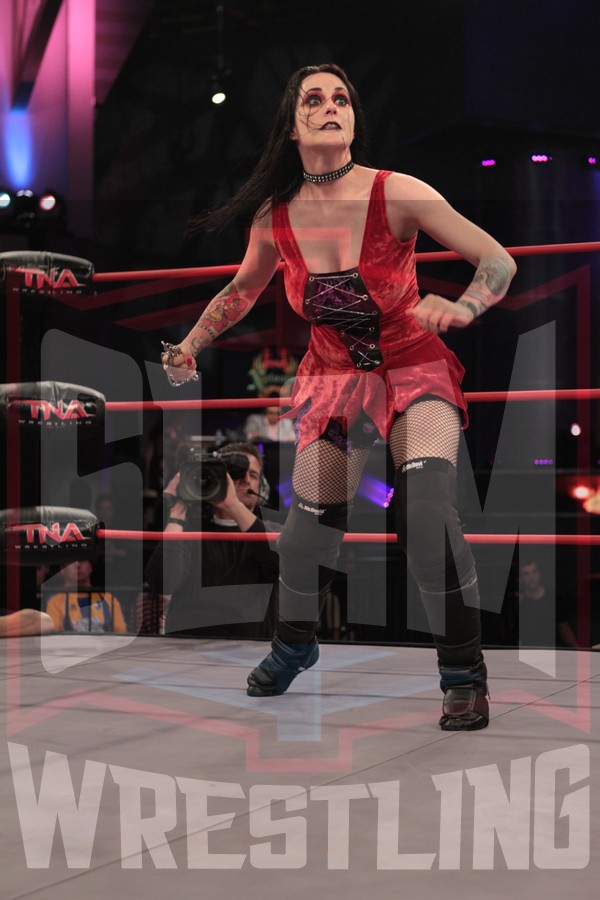 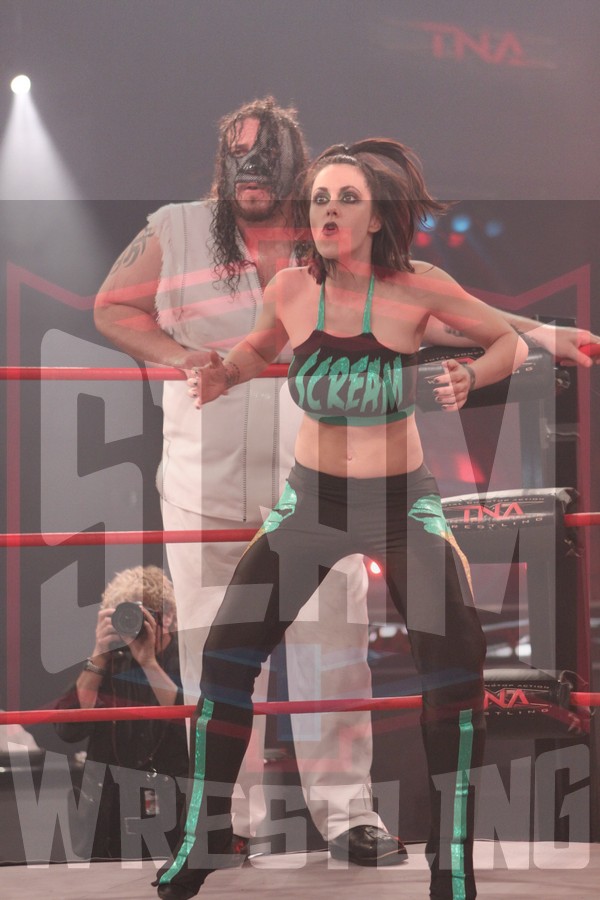 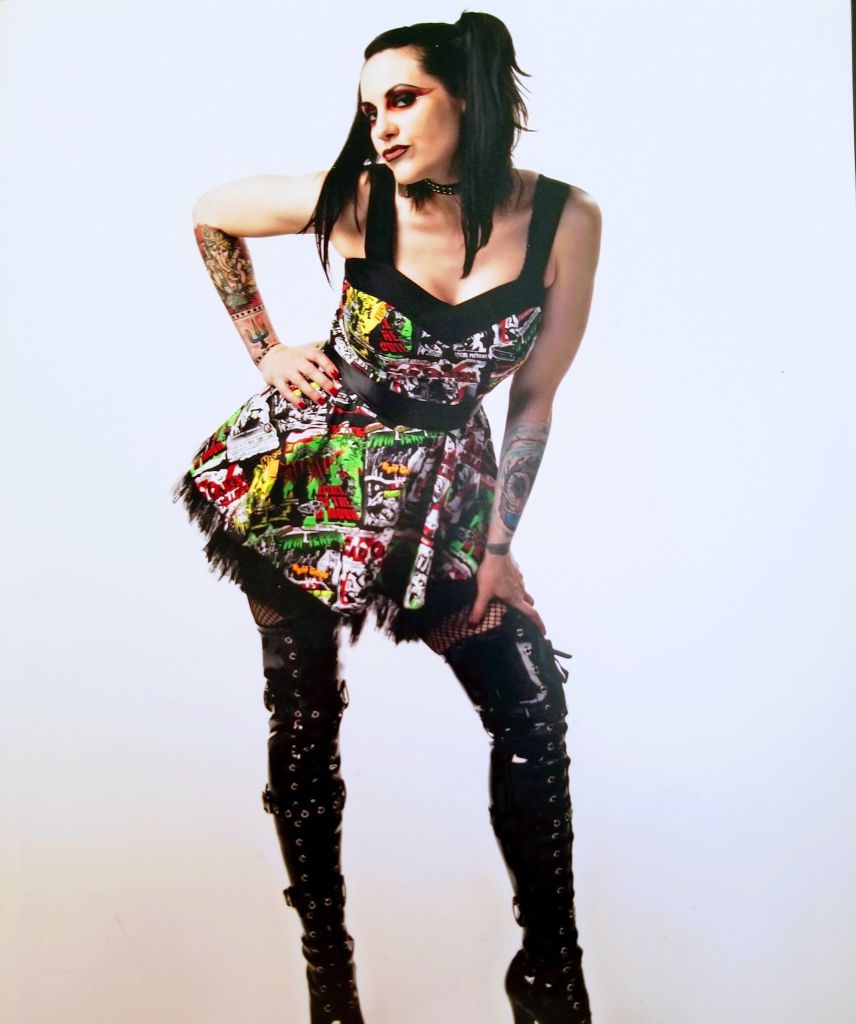