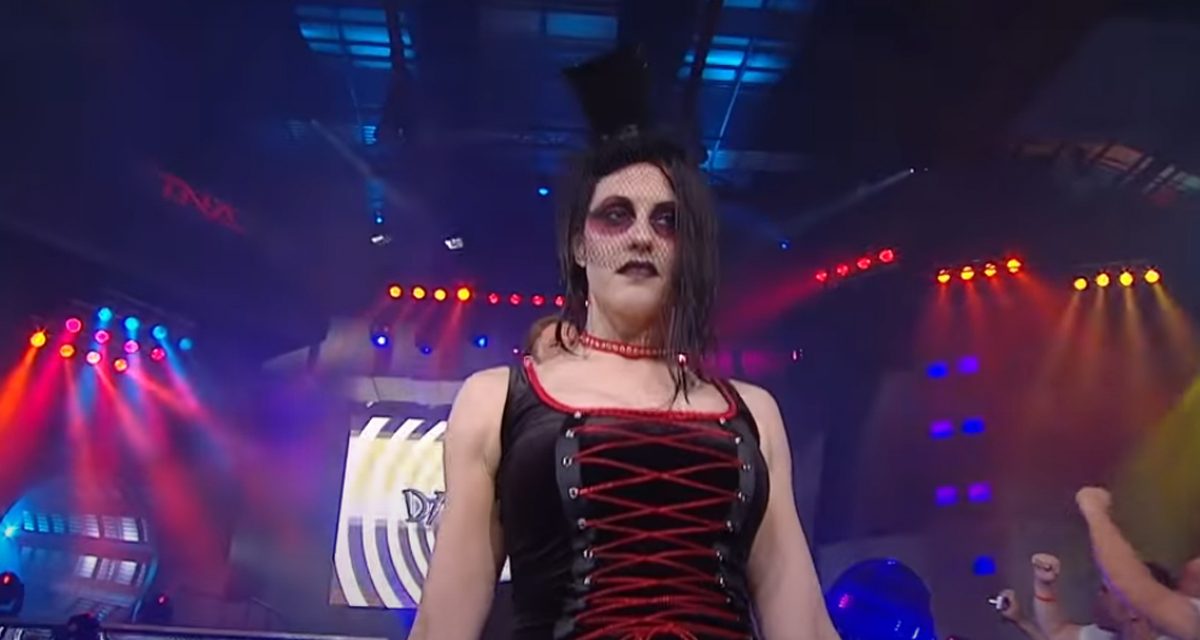 Former WCW/TNA star Daffney (real name Shannon Spruill) read what seemed to be a live suicide note during a live Instagram video on Wednesday night while holding a gun.

In the video, she referenced CTE, head injuries and concussions.

As fellow wrestlers, friends, and fans filled the video chat feed with messages of love, support and encouragement, countless others tried to call her. The phone she was using to film the video buzzed repeatedly throughout the broadcast.

“I don’t want to talk anymore. I want to go to sleep and never wake up,” she said at one point.

Covered with a blanket and holding a gun pointed at her own chest Spruill addressed the commenters, saying: “Thank you. I love you all, too but I can’t. I can’t. I’m alone.”

The video feed ended with Spruill wrapped in a blanket telling her pets to stay on the floor.

Emergency services had been contacted and sent to Spruill’s most recent address. Spruill’s status at press time remains unknown.

Back in 2019, Spruill posted a health update on Instagram in which she stated she needed to see a neurologist because of the constant pain she was suffering.

In 2013, she won a court settlement against TNA. She had sued them for injuries she suffered while working for them. The injuries cited included several concussions and a broken arm.

“I’d like to take this opportunity to sincerely thank all the love and support over the past two years. I appreciate so much that you recognize the HUGE injustice that is being done to Professional Wrestlers throughout the industry. I hope my case has opened up a few blind eyes and maybe now we, the wrestlers who put our bodies on the line every time we step in the ring, are one step closer to being provided with medical coverage and all the benefits that go along with being a true employee and not an independent contractor,” she wrote on Twitter after the suit was settled.

Spruill began her career in 1999 portraying the off-kilter love interest of David Flair inspired by Harley Quinn from the Batman comics and animated series. She and Crowbar (Devon Storm) became the co-holders of the WCW Cruiserweight Championship by defeating Chris Candido and Tammy Lynn Sytch. She would later defeat Crowbar to become the sole champion. She would lose the belt about a month later to  Lieutenant Loco (Chavo Guerrero Jr.).

Spruill would go on to work for TNA and star in three movies.