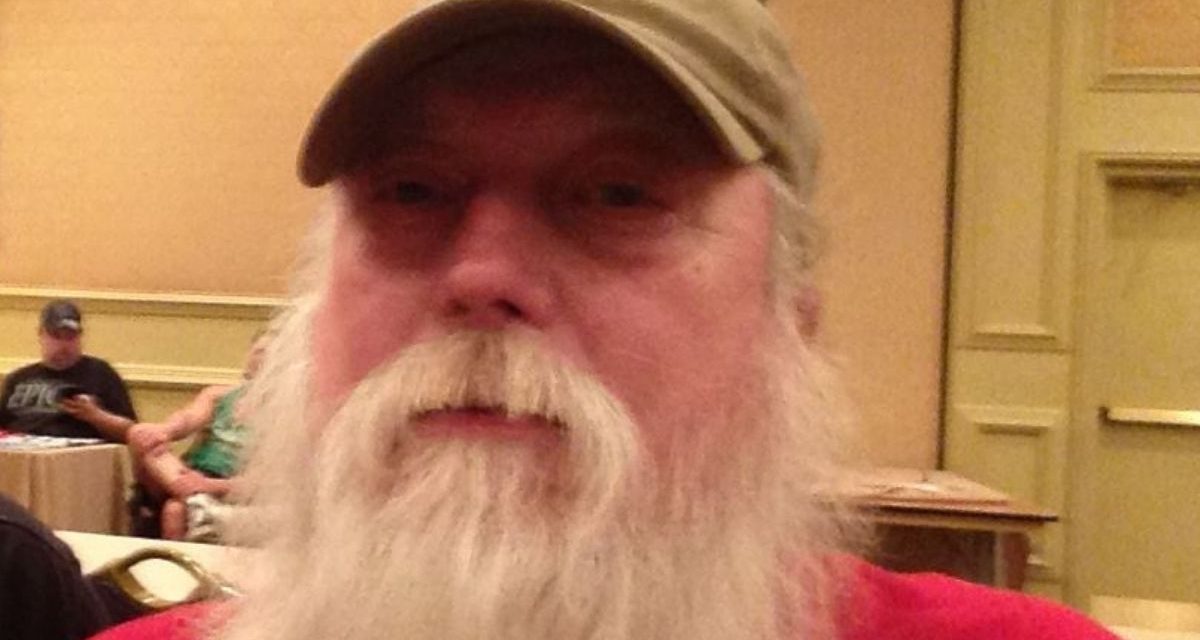 Just who was this strange man in a strange land, I wondered? A fan from Charlotte, North Carolina, at a 2006 reunion of the Cormier family, in New Brunswick, who had traveled by train and bus to get to the remote town of Memramcook.

It was, of course, “The Encyclopedia” Jimmy Ryan.

It was also the start of a friendship that would last through the years, the phone calls coming out of the blue, or him showing up unexpectedly  at an event — and then caging a ride to the next town.

Mike Mooneyham, another blessed by Jimmy’s friendship, posted the sad news on July 8. Apparently Jimmy died back on May 30, 2021, but without him around to make the phone calls, how were we to know?

Jimmy was the closest to a hobo I’ve ever known, and I mean that with deep affection. Hirsute, diminutive, friendly but not necessarily forthcoming with personal details, decidedly offline, and willing to hitchhike in a world of paranoid people, he sure stood out.

Therefore, he fit right in with the wacky world of pro wrestling. 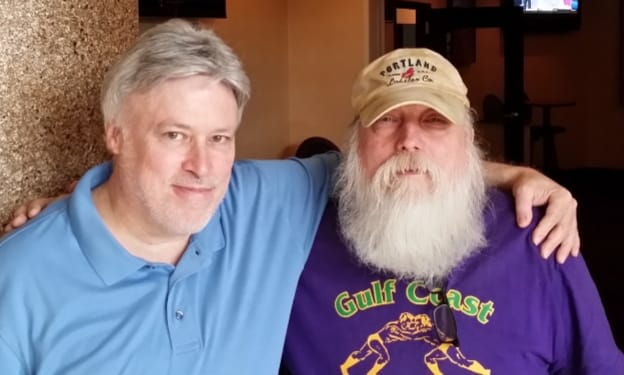 He’d traveled the roads, rails and probably the waterways too, to get to wrestling. Atlanta promoter Paul Jones got to know him and just said there’d be tickets waiting for him whenever he showed up — at any of the towns. Therefore, Jimmy knew everybody, and everybody knew Jimmy.

“Jimmy was everywhere and nowhere, like an apparition that materialized whenever wrestlers (or food) were near. He showed up at a benefit for Ken Jugan somewhere in the middle of Pennsylvania, and I still don’t know he had got there because it was outside the bus and train circuit,” recalled author Steve Johnson. “He had a Forrest Gump quality to him, in that he’d start talking about some long-ago, championship match when he fetched a Coke for Jack Brisco, and you realized he was a part of history. I always bought him dinner at fan fests because (a) he looked like he needed it, and (b) the tales, real or imagined, were worth the price of admission.”

Even his nickname, “The Encyclopedia,” came from a wrestler, tagged by the late, great Gene Anderson.

Former Charlotte wrestler and announcer Les Thatcher posted to Facebook: “I 1st met Jimmy in 1963 as he was going through every out of town newspaper to find wrestling results at the old book store on Trade St in Charlotte. He loved the business and was indeed ‘The Encyclopedia.’ Will miss seeing him at reunions and fan fests.”

Referee Bobby Simmons had similar sentiments: “He would ride with me when he would show up in Georgia back in the day… Good guy…. Last time I saw him was in Vegas a few years ago, He rode a Greyhound out and was going to hitchhike back.”

Though Jimmy had a real job, working at a cafeteria at a North Carolina university when I knew him, he always seemed to live by whatever way the wind was blowing. Having met up with him at the Professional Wrestling Hall of Fame induction in Amsterdam, New York, he talked me into driving him back to Toronto once. I was worried about getting this odd dude across the border, but it wasn’t an issue. He went to a hostel downtown, and I suspect he made plenty of friends there too. 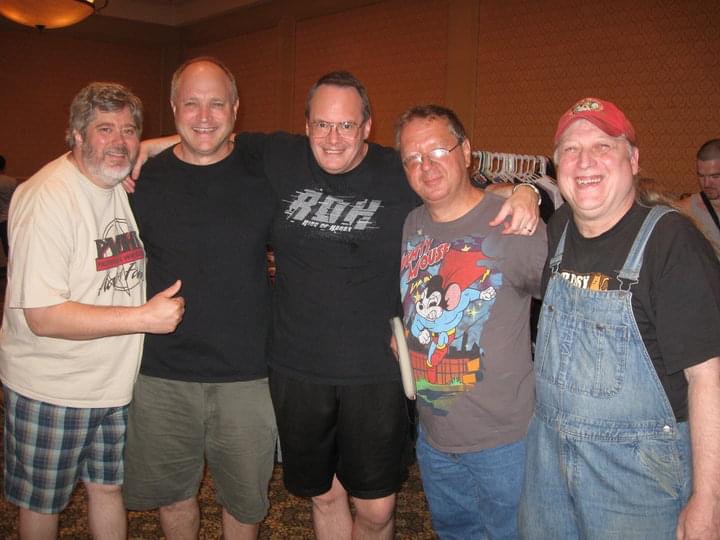 “Count Grog” Greg Mosorjak was one of those long-time pals of Jimmy Ryan, and gets the last word: “He was a good friend, knowledgeable about wrestling, and he’d call me up and ask, ‘Hey, do you remember Jack Vansky or Ronnie Paul?’ He’d show up at my shows with big scrapbooks we’d look at for hours after the show. Steve Johnson and I took him along on road trips at least part way if he couldn’t catch a bus. Once we dropped him off at the ER in Richmond, Virginia, because his oxygen tank wasn’t working. I first met him in 1978 at the WFIA convention in Knoxville and he partied with us several days. We will all miss him.”