Cormiers celebrated with laughter and music 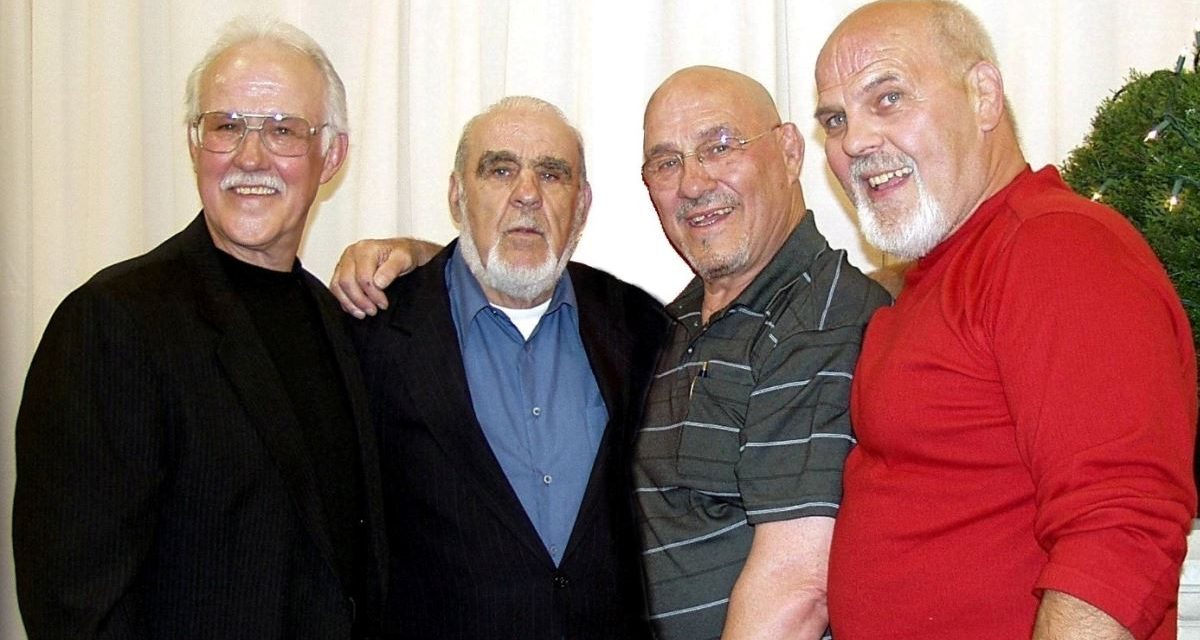 MEMRAMCOOK, NB — In his speech on Saturday night, Rick Martel paid tribute to the “fire in the eyes” of the Cormier boys — The Beast, Leo Burke, Rudy and Bobby Kay. By the end of the evening, there were a lot of tears of happiness in their eyes too.

Simply put, it’s a real credit to the Cormiers that a tenth of the population of their village of Memramcook, NB, turned out to honour them. Sure, the bluegrass music and fundraising efforts for the local volunteer fire department and ringette team played a part, but in the end, it was about their contributions to the King of Sports. 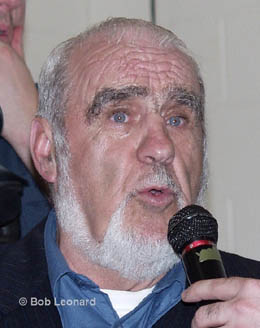 The Beast (Yvon Cormier) speaks to the audience. Photos by Bob Leonard

“I’m happy to be a part of the day,” said the former AWA world champion Martel. “These guys deserve a day like this not only for what kind of people they are, but for what they gave to professional wrestling.”

Martel may have been the “biggest name” to be in town, but he was hardly the only one paying tribute.

Emile Dupre of nearby Shediac will be celebrating 50 years in wrestling on June 28th, and has known all the Cormiers — as friends and foes — through it all. “I’ve met a lot of people in my travels, but there are four that stand out,” he said, crediting them for spreading the gospel of the Maritime way of life throughout the world.

The “Recognition Night” for the Cormiers was the idea of local bluegrass musician Francis Cormier, who is of no relation to the famed grappling family. His wife, Lise, also a big wrestling fan, loved the idea and mobilized the troops. The sold-out evening in the local public school had a real family, home-spun feel.

It started with all four Cormier brothers seated in a mock wrestling ring on rocking chairs, along with their brother Malcolm, who was a referee for many, many years. Some of the surprise guests were then trucked out to pay tribute, including Martel, Dupre, Hubert Gallant, promoter Al Zinck, Stampede promoter/photographer Bob Leonard, Paul “The Butcher” Vachon, referee Frank Parker, and Todd “The Bod” MacPhee.

Interspersed with the tributes were the Cormier brothers themselves.

Leo Burke (Tommy Martin in the U.S.) was the first to speak. “I couldn’t help looking at the screen and seeing how much my brothers have changed,” he joked. “I don’t know if we deserve this, but thank you.” Burke was easily the most emotional of the brothers, and broke down as he thanked his first wife and his kids “for being there when I wasn’t there for them.”

The youngest brother, Bobby Kay (Terry Kay in Charlotte and Toronto, Terry Martin in Kansas City) came up next. “I can’t believe what I’m seeing,” he said. “I never thought a day like this would come.”

Rudy Kay, who also promoted during the 1970s in the Maritimes, followed. “I wish they had called me up first so I don’t have to duplicate what my brothers said,” he expressed, talking directly to Rick Martel, whom he hadn’t seen since Martel was 18 years old. “You can’t imagine what a special, special feeling this is.”

The oldest brother, The Beast (Yvon Cormier), was perhaps the most-travelled of his brothers. “It was a great pleasure to have my brothers wrestle,” he said, explaining that he “never, ever heard a bad word about them.”

But it was Martel, as the de facto keynote speaker, who had the most to say. He had his very first match in the Maritimes, for promoter Rudy Kay. His late brother, Michel, had called to say that they needed a new body on the tour, and to hop onto a plane. Rick did, and he never looked back.

Joshing that the Cormiers were always “very stiff” in the ring, Martel honored Rudy Kay. “Not only did Rudy give me a chance, he took me on as a protege,” said Martel, continuing on through the brothers.

“Bobby, always the nicest guy, always with the funniest laugh,” he remembered, admitting “I even stole some of your moves, your comebacks, so thank you.”

Martel had a special relationship with Burke, who once challenged him for Martel’s AWA title in a 60-minute draw at the Halifax Forum. “I was on the receiving end of his ribs a lot of times,” recalled Martel. “He was incredible … one of the best I wrestled ever in professional wrestling.”

For The Beast, Martel shared a story from his first days in the business. He was in the backseat of a car with The Beast, with Bobby and Leo in the front seat. The Beast forced a beer on the underage Martel. “You want to be a man, you have to drink beer,” Beast said. Later, having eaten something that did not agree with him, The Beast was sick on the side of the road. “I was young and stupid,” said Martel, recalling his rejoinder to The Beast with a hearty laugh. “‘You see what happens when you want to be a man?'”

The Beast took a lot of abuse during the evening for his, well, beastly looks. “He looks like a Beast on the outside, but on the inside, he’s all beauty,” said Martel. 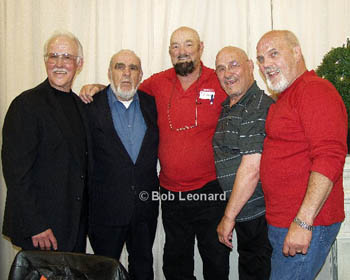 Two fans from Saint John, New Brunswick, Ed Doyle and his son Peter, were also given time at the podium. Both explained what it meant to be a fan, and how much the continuing presence of the Cormier brothers in their lives meant, before presenting each brother with a painting that they had “tag teamed” on.

The evening finished up with lots (and lots) of bluegrass music, laughter and beverages in the steamy gym.

Greg Oliver is the Producer of SLAM! Wrestling, and was thrilled to meet the likes of Bobby & Rudy Kay, Rick Martel, Emile Dupre and Paul Peller after having talked to them on the phone in the past. As for Frank Parker, he wouldn’t buy a Tag Team book. Sigh.