Mooneyham’s Final Bell rings for the famous and for friends

It’s been three years since journalist/editor/author Mike Mooneyham retired from an almost 40-year newspaper career. His large fanbase was placated with the news that Mooneyham would continue to write his popular Sunday pro wrestling column, which celebrated its 30-year anniversary this past May, for The Post and Courier in Charleston, South Carolina. But for those of us still going through Mooneyham withdrawal, you can get your fix with his latest book, Final Bell. 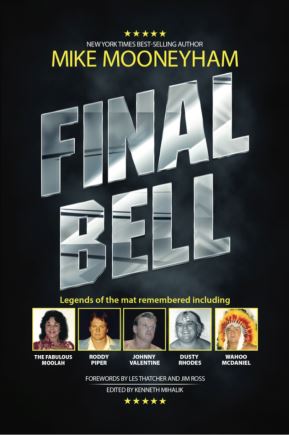 “There’s so many of these people that I hold near and dear,” stated the 65-year-old Mooneyham in a phone interview with SLAM! Wrestling. “That was one of the many reasons I decided to write this book. It’s a book of people who have, of course, passed away, but all of these people were special. It was a way to get this into print. These are a compilation of columns I wrote for the newspaper over the years and they are some of my favorite columns, but at the time they were difficult to write.”

He added, “Some of the stories are tinged with grief and sadness, but these same stories are also ones of triumph and perseverance. These were unique individuals who lived by the credo, the show must go on. It was a tough life, but they loved what they did.”

After writing his column for three decades and counting, Mooneyham had ample material for the book. It could be jokingly said he may have had too much material as he originally had a list of over 60 columns to include, but due to book space, he had to make some tough cuts.

“There were some people I really wanted in the book, but for whatever consideration we couldn’t get them in,” explained Mooneyham. “Hopefully there will be a Volume 2 at some point and we can get the rest of these guys in.”

For those unfamiliar with Mooneyham’s prose, his obituary columns are far from the obits you typically read in the newspaper. Mooneyham purposely focuses on the person behind the character and includes many anecdotes from loved ones left behind. And because he’s been involved with pro wrestling for more than 50 years, he often has known the deceased, allowing him to write from his heart and include his memories and how this loss is affecting him on a personal level. Mooneyham also has a knack for uncovering interesting trivia that even the most informed wrestling fan may not know. For example, this reader had no idea the pop singer, Bruno Mars, chose the name “Bruno” because Bruno Sammartino was his dad’s favorite wrestler.

“One thing that I really wanted to do, and I think I did a pretty good job of it, was not really going through any sordid aspects of their lives, the bad chapters in their lives,” reflected Mooneyham. “Many of these people were extraordinary and transcended generations. But they followed their dreams! That’s what it was all about, making it a tribute to these men and women who made their mark on the wrestling profession and try not to bring up or dwell if there was a dark aspect of their lives and of course everybody has some. I didn’t dwell on that.”

It can be difficult for writers to pick favorite pieces that they have written, but for Mooneyham there are two obits that stand out as particularly meaningful for him. The first was the obit on African-American wrestler Burrhead Jones, born Melvin Nelson. Mooneyham got to know the always positive-thinking Jones well and the two would converse on the phone several times a week.

“Here was a guy who grew up in the deep South, worked in the cotton fields and worked his way up,” said Mooneyham. “He always wanted to be a wrestler and he really realized his dream. Here’s a guy who was sort of an unsung hero, he wasn’t a main eventer, but he was a guy who really lived his dream and was just glad to be there. He was one of the true originals that makes this book, in my opinion.” 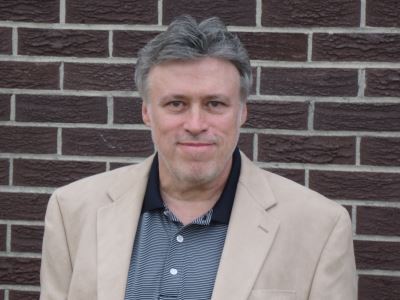 The second was Henry Marcus, someone Mooneyham dubbed as the “last of the old-time promoters.” And while Mooneyham points out that many people may not know Marcus, the longtime Charleston promoter was “a really important figure” in his life. Marcus took a shine to Mooneyham when he was first starting out and showed him the ropes at a time when kayfabe and the secret-society nature of pro wrestling reigned supreme.

Mooneyham writes in the book, “One thing, though, was for sure. This was his (Marcus’) show. You’d see him handing out tickets at the box office. You’d see him taking tickets at the door, with his ‘Hold your own ticket!’ refrain providing a familiar backdrop for the bustling County Hall throng. He’d occasionally do the ring announcing, giving the festivities just the slightest sense of decorum and an added dose of legitimacy. And, what the fans normally didn’t see, was the promoter working the backstage area, making sure the performers showed up on time and going over the intricate details that fill out a wrestling card.”

Mooneyham also proudly mentions that he and a friend were able to honor Marcus before his passing in a tribute show they organized in 1998. The show was held at County Hall, a venue some dubbed “the house that Marcus built,” which was also the first wrestling arena Mooneyham ever set foot in. (Mooneyham wrote the foreword for Dr. Andy McDaniel’s book about the event, Reunion at County Hall: The Night the Legends Returned.)

“It was the last event ever held at County Hall,” declared Mooneyham. “So, we got together and it was really one of the first big reunion shows, you know before everyone had a reunion and a fan fest and all of that. And it was on a major scale. We invited as many as we could of the guys who were big names in the area and worked for Henry Marcus. We called it, The Night of the Legends: A Tribute to Henry Marcus. He was in his late 80s at the time and we held a big show, held a wrestling show, a whole weekend of events. We had guys come in like Johnny Valentine, Tim Woods, Ole Anderson, Tully Blanchard, Fabulous Moolah, Penny Banner, Mae Young and Diamond Lil. New guys. Old guys. It was a great event. That was in honor of him. That’s how much we thought of Henry Marcus.”

For now, Mooneyham admits that after being behind a typewriter/computer since the age of 10, “retirement is a wonderful place to live.” But fans can relax and relish in the fact that he doesn’t plan to stop writing his weekly column anytime soon.

“I remember in fact a conversation I had with Tim Woods, who was the masked Mr. Wrestling for many years and a good friend of mine,” he offered. “You know when one of the guys would pass away, he’d call me or I’d call him. And then Tim once posed the question, ‘Well Mike, what about when I die? Are you going to be able to write my obit?’ And I said, ‘Well, Tim, I hope that day doesn’t come any time soon, but if I’m still around, sure I’ll do the honors.’ Sadly, as it happened a couple years later, Tim passed away and I did his obit. When I was getting ready to retire, it brought back well they’ve already asked me to continue writing, should I? And I thought back to that conversation and there’s still some guys out there who have asked me and I try not to be too morbid, but you know what I’m going to hang around for as long as I can and I’m going to be there for those guys.”