Just hours after his release from the WWE, Rory MacAllister, one half of The Highlanders, chatted with SLAM! Wrestling for an interview that shed some light on what led to his release, but more than anything else, that revealed his true character.

MacAllister is one of the most approachable people you will ever meet; he was only too happy to sit down and talk just hours after being let go by the biggest wrestling promotion in the world. At his request, the story was held until now. 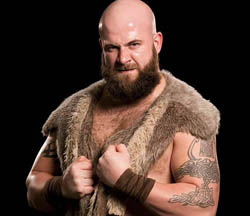 Rory and Robbie MacAllister, or Russell Murray and Derek Graham-Couch, are a testament to the fact that nothing is impossible. Rory explained that he got into wrestling because people kept telling him that it was a waste of time.

“Basically I got into wrestling because I was told I couldn’t. Growing up in Glasgow, Scotland, you’re told that flights of fancy are just that and to act on them is idiocy. I decided to prove people wrong and that a scrawny Scot could make it all the way.”

Unlike most wrestlers of the current generation, Rory’s hero growing up wasn’t a mainstream wrestler like Roddy Piper or Ric Flair. To North American fans, it was a lesser known wrestler. To fans in the UK, he was about as popular as anyone in wrestling.

“My absolute idol growing up was Big Daddy, an English wrestler with a huge fan base back home. He had some great feuds with Giant Haystacks.”

Big Daddy, or Shirley Crabtree, passed away on December 2, 1997, as a result of a heart attack. He was arguably the most popular wrestler in British wrestling history.

And so, perhaps inspired by Crabtree, and with a burning desire to prove that anything is indeed possible, Russell Murray and his cousin Derek Graham-Couch began their wrestling journey, learning the ins and outs of the business by Waldo von Erich. Waldo (real name Walter Sieber), is not actually from the Von Erich family — he met the legendary Fritz Von Erich in 1966 and the two became instant “brothers.”

“Training with Waldo was a privilege. The man is one of the forgotten legends and I truly believe he wasn’t given enough kudos for all he did for this business. Some say he jumped on the Von Erich bandwagon, but I say this isn’t the case. He got what he got by hard work like everyone else who ever made it back in the day.”

A misconception on the internet is that Rory grew up in Cambridge, Ontario. This is in fact an error that upsets the Scotsman, who is extremely proud of his heritage.

“Sorry to disappoint the Cambridge folk but I wasn’t raised there. I didn’t leave Scotland until my early twenties to wrestle. This upsets me in some ways because I am a shoot Scotsman and I never got respect for that. I read an article in The Daily Record back home saying Drew McIntyre was the first Scotsman to sign but in reality I was. I asked Drew about this and he admitted that he knew I was but went with it anyways… Oh well. I know I was and I’m damned proud of it!”

Couch and Murray were in fact born in Oban, Scotland, exactly where WWE billed them from, and moved to Cambridge in 1988. However, they are only “cousins” in character. In reality, they met at CAMI Automotive Inc, where they were co-workers. Murray (Rory) insisted that Couch (Robbie) attend the Von Erich/Hart Brothers School of Wrestling. The two began wrestling together as “The Highlanders” in South Western Ontario.

In July of 2005, they signed a developmental deal with World Wrestling Entertainment. Rory recalled the moment he learned WWE was interested in them.

“I was contacted by John Laurinaitis about being hired. Robbie and I had been doing darks [matches] and enhancement matches every month for two years before we got the call. I believe I was on my buddy’s roof helping him when the call came and I legit nearly fell off.”

The newly signed Highlanders reported to Ohio Valley Wrestling, then the WWE’s developmental territory. There, they forged friendships with many of the superstars that they would eventually work with on the big show, including Deuce and Domino, The Spirit Squad, and Aaron Idol, among others.

“I will always cherish my time in OVW. I made many friends there, most of whom I did indeed work with on RAW, Smackdown and ECW, and it was a blast. Of course it made it easier transitioning to TV when you’re surrounded by friends. I will always consider the relationships I made there as life long.”

In June of 2006, vignettes for The Highlanders began airing on Raw, comedically advertising that they had come to America for the first time. Shortly after, they made their in-ring debut on Raw, and thus began a year of wrestling for the biggest wrestling promotion in the world. Obviously, it was quite an experience — one that every aspiring wrestler dreams of. But the biggest highlight, for Rory, came back home in Scotland where he had a chance to tag team with Roddy Piper and Ric Flair.

“(The highlight of my time on Raw was) wrestling back home in Scotland at the Breahead Centre. It was Me, Robbie, Piper and Flair against the Squad and my first time back home in eight years. VERY emotional night for me.”

Unfortunately, this past February things began to come crashing down. Murray (Rory) tore his pectoral muscle and was shelved for six months. On March 27, 2008, Couch (Robbie MacAllister) was sitting in the crowd on a live episode of TNA iMPACT. He was text messaged by someone in the WWE and told to leave the building immediately. The Highlanders were immediately in hot water, and so began their free fall which eventually ended with their release this past week. Couch’s appearance on iMPACT may have been the final nail in the coffin. 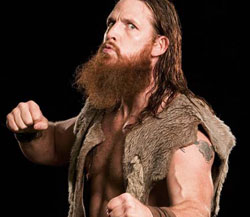 “Of course there was heat for it, and rightfully so. Robbie and I have a lot of good friends on TNA and we enjoy their show a lot but what he did was a dumb move and he knows it. TNA took advantage of it, can’t blame them, and WWE was pissed, can’t blame them either. In some ways it was probably part of the reason we are where we are now. But I love my cousin, will always support him and back him up all the way in this business and out of it!”

Murray doesn’t believe his torn pec affected their push, arguing that their decline began before his injury even occurred.

“We were on Heat because we had an angle go wrong and that was that. The pec tear didn’t occur until afterwards. Monday was my re-debut match [laughs]. WWE did what it had to do and I have no regrets. I’m not saying this to put them over or keep a bridge open but I have more now than I did when I started and I appreciate all that was done for me. I’ll always wish things had been done differently but such is life. Why get pissed off, man? I traveled the world for three years, met a super hot chick who is now mine and we have a beautiful baby boy! Life is beautiful, God is gracious!”

It is this infectiously positive attitude that is the most striking thing about the Highlander. Always looking on the bright side of life, Murray certainly is having no trouble finding work.

“The future looks great, actually. An hour after getting released I had seven bookings and I’m on the phone and computer constantly talking to and negotiating with promoters; scottishwrestling@live.com if you’re interested by the way,” he said with a laugh.

Murray saw his release coming long before he was notified. Perhaps the fact that it didn’t catch him by surprise has somewhat softened the blow.

“I’d seen it coming a mile away. Chop time was upon us and after seeing the others get released I knew we were in for it after me being out so long, so it was no surprise. I got a call from Johnny Ace and he said he had bad news. I laughed and told him he was late calling me, I expected it the day before, and he laughed. John was and still is good to me. He’s already helped me since the release and has never bullshitted me. I ask him a question and he answers it, simple as that. There are no hard feelings between me and WWE.”

When the now former WWE superstar sat down with SLAM! Wrestling, it was a rare opportunity to gain some insight into the business from a man who was in the locker room as recently as Rory was. One of the more prominent opinions on internet message boards and dirt sheets over the past few years has been that Vince McMahon has lost touch with wrestling fans. Murray didn’t notice, but disagrees.

“Honestly I had enough on my mind to worry if Vince had lost touch. My job was to wrestle and that was my focus. albeit in a style I didn’t like with a gimmick I hated but that was my job. I will say this though — Vince is a very smart man and I’d be surprised if he had lost touch. His shows still do well in the ratings and the buildings are making money so that should answer anyone’s question.”

On the topic of TNA, Murray believes they are eventually going to be a threat to the WWE.

“TNA has some major talent and brings something fresh to the biz. If something doesn’t grow, it dies, and TNA is providing WWE with a challenge. It may not be a huge challenge right now but they’re growing and they WILL rattle Vince’s cage eventually. People my age loved the Monday night wars because the different companies had to do one better to catch the audience. TNA is right there!”

Humble, optimistic, and approachable, Murray also understands his place in wrestling. He doesn’t worry about the state of the business, he just does his art as best as he knows how.

“The business is a revolution, man. It revolves and comes back around in your face. Something that was once old will be new again and the up and down swings are part of the ride. What would I change? Just my boots man. It’s the big dawgs’ job to change it.”

Asked if he would like to send a message to his fans, Murray quipped, “I’d say Mom I love you! If there’s any others out there then I’d want to send out a heartfelt thank you! I tried my best to entertain you. You guys are the reason I did and will still walk to the ring. Thank you for all you have given me. You put a roof over my son’s head, a car under my arse and a fire in my heart. God bless you all.”

Truly one of the nicest people in the business, Rory MacAllister and his “cousin” Robbie will be around. Perhaps in the WWE again some day, perhaps in TNA, or perhaps they’ll tour the indy scene for a while. Regardless, there’s no denying the fact that they are an entertaining team to watch, and a class act behind the curtains.