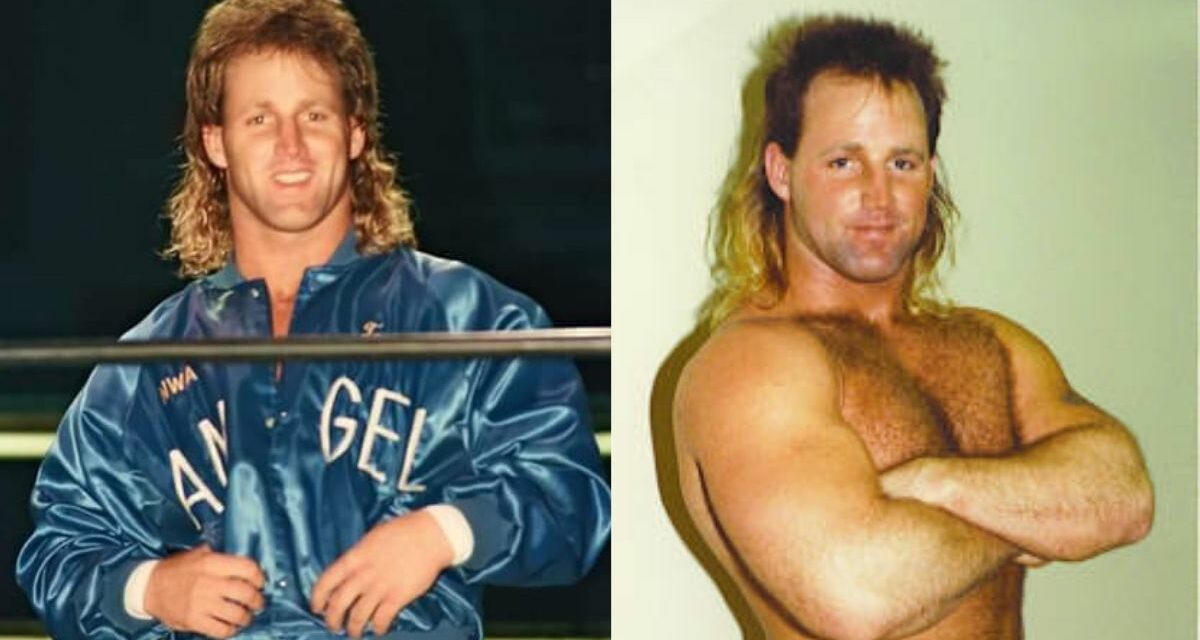 I first met Tommy Barrett in 1995 when I was working as a Control Room Board Operator at SportsRadio 610 AM in Charlotte, North Carolina. He worked at the main FM classic rock station, WRFX Fox FM, in the same building just down the hall. A co-worker who was also a wrestling fan like me said, “Rusty, you will never guess who works here!” He said it was Tommy Angel, who had wrestled with NWA Jim Crockett Promotions. I couldn’t believe it.

On a different night, when I had time, I rolled my wheelchair down the hall to introduce myself to Tommy Barrett, who working in the station’s promotions department during the week and was an on-air personality (as Tommy Lee) on weekends. We had not only wrestling in common but radio and many other things too. Soon after, a friendship blossomed that has lasted through both good and bad times. We act like “brothers from different mothers.”

Unlike many others of his era, Tommy Barrett is able to truly differentiate between his wrestling persona of Tommy Angel and his true life. In fact, he doesn’t actually talk about wrestling all that much.

Today, Barrett is in Distribution Management and Sales for a beer company, and lives with his wife, Peggy, and their teenage son, Christopher, in Greenville, South Carolina.

It was an interesting road for Barrett to get into pro wrestling.

He left home at age 17 after graduating high school and went straight into the US Army after a disagreement with his father, Sadly, his father committed suicide years later.  From 1981-85 he spent four years as a paratrooper with the 82nd Airborne Division stationed at Fort Bragg, North Carolina.

Kayfabe still mattered at the time and it was a double-tough industry to break into. Wannabes were run out of the gym, often cruelly.

To Tommy, it was great to have Royal — a long-time good guy — and Anderson — a natural villain — running a school together. “You had a babyface perspective and a heel perspective so you got both sides of that,” Tommy explained. “We were taught the psychology of the business more than just how to take bumps — why a heel does this, why a babyfaces does this. It was very interesting training and understanding. For the first month or so they’d tell us, it wasn’t a work, it was all real. I was barely 20 years old, thinking maybe it’s not fake.”

Since training as a paratrooper was so tough and they were all aware they could be deployed at any time, Tommy was in great shape, easily the best of anyone taking the training with Royal and Anderson.

The goal of the class — which included David Isley, Mitch Snow, Ricky Nelson, Chance McQuaid, Colt Steel and Anderson’s young stepson, Brad — was to learn how to make others look better. It was a specialty class of sorts, as Crockett had arranged to have the newcomers on the shows as enhancement talent. “The whole psychology part was if you hurt the other person they can’t make a living — especially if you’re working up against top guys. You want to be careful,” said Tommy. “We would spend a lot of time going through doing the moves on each other. We’d have matches with Nelson — Gene couldn’t work anymore but just understanding how to give an arm drag, take an arm drag, body slams, all the different moves so you knew how to protect the person so he wouldn’t get hurt. Because [Nelson] said, ‘If you hurt a top guy, they’re gonna fire you and you’ll never work again.'” 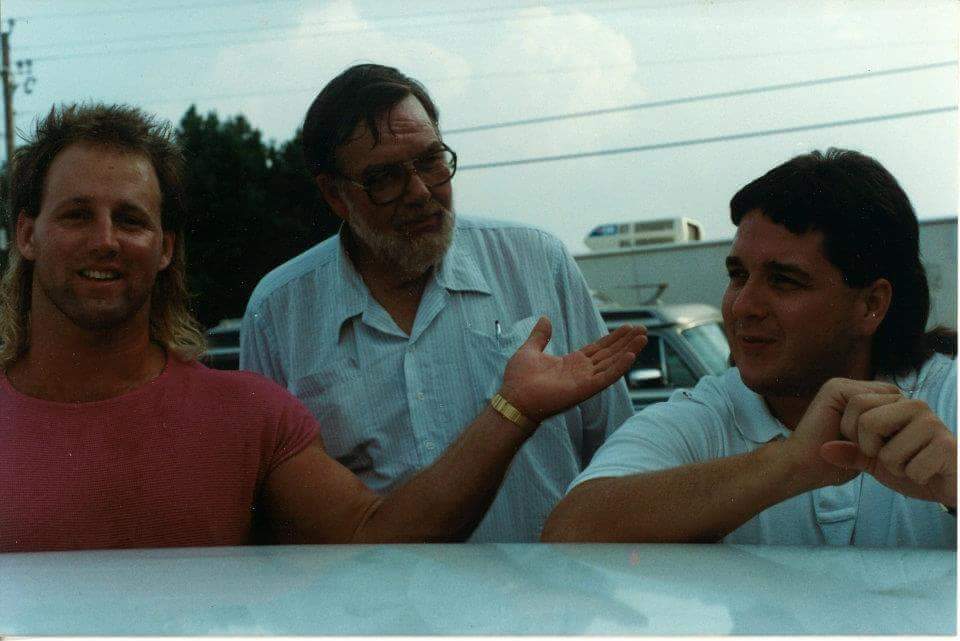 With a skull tattoo on left bicep, representing his army life — the skull is wearing a beret, with a dagger in its mouth, and jump wings behind that say Angels of Death — it wasn’t that much of a leap to come up with “Tommy Angel” as a new name.

The newly-rechristened wrestler had his first match in August 1986 for Crockett on WTBS Superstation in Atlanta, wrestling the great Baron Von Raschke. It was the first of many, many losses. Tommy can still remember the drive down to Charlotte, to Techwood Drive, where the show was taped for the SuperStation.

It was Tommy’s job to lose so that others would look good.

And he did it very well, wrestling until he was 31 years old.

In between, the 5-foot-11, 240-pound Angel worked against a myriad of names like Tully Blanchard, Arn Anderson, Lex Luger, Dino Bravo, The Undertaker and many more in NWA, SAPW, ACW and WWF. He even had a tour of Japan for New Japan Pro Wrestling where his name was misspelled.

“They didn’t know how to spell Angel,” he chuckled.

There was praise for his skills along the way. Arn Anderson once said that, “Tommy was a hell of a hand, and one of the carpenters that helped build our industry.” In another interview on his podcast, TheArnShow, Anderson told co-host Conrad Thompson, “David Isley, great, Tommy Angel, two great hands, two good guys. I’ve kind of kept up with David Isley over the years and Tommy Angel was always a very talented guy.”

Another time, Anderson was teaming with Blanchard as the Brainbusters in the WWF, as Angel teamed with Bob Emory. Before the match Tully and Arn came to Tommy and Bob to say they were thankful to see them now in WWF because they knew that any students of Nelson and Gene Anderson and had been trained properly.

Tommy is so thankful for his time with Nelson Royal, who died in 2002. Not only was Nelson his mentor, they were friends, and lived together for a time, and Tommy helped train subsequent classes of wrestlers. Nelson was a wealth of knowledge. “We’d travel with Nelson because he was still working a little bit as the Junior Heavyweight Champion. We’d go to the shows and he’d sit us down away from most of the fans and just watch, when the storytelling was going on, the heel getting the heat, you could feel the energy in the room, getting angry at the heel and when the babyface came back, just the emotions in that,” recalled Tommy. “We’d talk about it on the ride back home. And it’s just absolutely amazing to me, that part of the business that I don’t think most people understand. There’s a story going on, good versus evil and how the emotions are there. I saw girls crying when they thought Ricky Morton was getting killed.”

You gained experience, noted Tommy. “On the house matches is where we learned. We’d have matches 10, 20, 30 minutes long, the longest one I had was with Nelson was almost 40. And that little guy, he went right to the end and tried to blow you up, and it was all about the heel just working one body part; back then the heels, like Gene and Ole, were really good at just taking the arm and just work to arm the whole match. You get that comeback and even after you won, the babyface would sell that.”

Like many wrestlers in the 1980s, Tommy took steroids, but there was a price point. “I did them, just the difference between the guys that looked really big and me was the stuff that we were using was the synthetic testosterone, the stuff that was synthetic; the guys that were really big were using growth hormone — that was when it first came about. That’s the difference in our paycheck, they could afford it, we couldn’t.” When he wasn’t wrestling, Tommy worked in gyms and bounced at bars to make more money.

Tommy pointed out a match he had with Iron Mike Sharpe in Toronto for WWF, replacing an injured “Leaping” Lanny Poffo on the circuit, and his great body. “I can see pictures of videos and tell you exactly what I was taking based on how my body looked,” he said.

The WWF appreciated his skillset. “We transitioned out of Crockett and went to the WWF,” said Tommy, explaining that Vince McMahon saw how skilled the enhancement was and he wanted that. “He contacted Nelson and we got paid a lot more to fly up to do his TVs, we got per diems. He kind of just stole us from NWA.” WCW was sold to TBS and Ted Turner in 1989, and that changed things upon their return.

Wrestling life was not always helping others look good, thought. In Atlantic Coast Wrestling, Tommy was a TV Champion and in SAPW, he teamed with Tommy Seabolt as the TNT Express, and they were a top-tier team in the southeast for a short period.

“We eventually got our break when Nelson started Atlantic Coast Wrestling and some other regional TVs around.” recalled Tommy. “It was about the time we were doing work for McMahon, WWF, we started getting regional TV and put over, we’d be the local heavyweight or tag team champions. It gave us experience with how to do interviews and all that. My hope all along was to be a top guy one day, that’s why I got in the business, I wanted to be rich and famous. But as I learned going through the business, you’ll get your break when the booker is your friend and he likes you. And I saw it happen.”

Somehow Barrett knew his time was up come 1994. “My 15 minutes of fame was winding down, my bookings were spreading out, my hair was falling out — I had to cut my hair short and I grew a goatee, they wanted to see make me more of a heel with my military background,” he recalled. After a deep conversation about his future with longtime friend Nikita Koloff, Tommy finished off his career with a final bout against Hacksaw Jim Duggan in the Dominican Republic. “The country was under martial law, just a horrible experience,” he recalled. “When I flew back, I called the office — both offices — ‘I appreciate the opportunity to work for you but I’m hanging it up, you don’t need to call any more.’ ‘You sure?’ ‘Yep.’ It was very underwhelming, but I just kind of decided that was it.

During 15 years in radio, Tommy did many different jobs, but it’s also where he met his wife. They had two children, but a daughter died just after birth. That, combined with his father’s suicide in 1994, prompted Tommy to dedicate his life to Christ, with the help of fellow wrestlers and friends like Blanchard, Luger and Nikita Koloff. Barrett serves now as a deacon at his church, and his wife works in the church office full-time. He has also been part of the Man Camp, a week-long outdoor fasting religious retreat in the woods run by a Luger and Koloff. 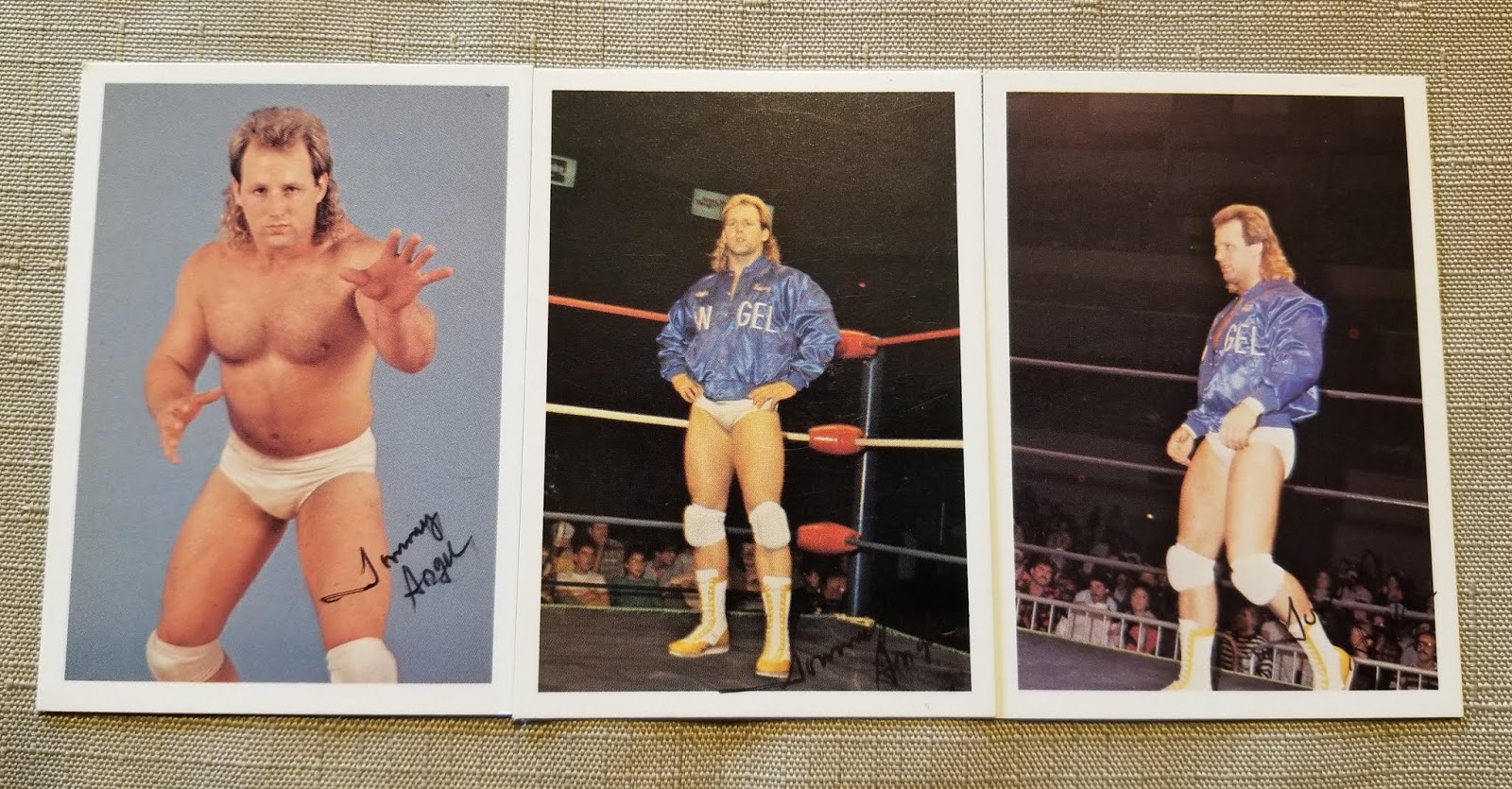 He has been to a handful of wrestling autograph signings over the last few years, and he sometimes gets mail or calls today at his house from fans who remember him and want something signed or just to talk about the days gone by.

It’s a little tougher to recognize him, though, as Tommy Angel had hair and Tommy Barrett is now, in his words, “a follicle-challenged person.”

Even his son had trouble with it. “I got married late life and my son just turned 15, and till he was about eight years old, he didn’t believe that I wrestled. I’d show him pictures, ‘That’s not you!’ Because I’m bald and my muscles are gone. So when he finally saw the tattoo and put two and two together, so now he thinks it’s kind of neat.”

After meeting at that radio station 27 years ago, it’s pretty neat too that Tommy and I remain friends. When we talk, I can tell in his voice the love he has for his family, God and his post-wrestling life.

When a tag partner dies: Tommy Angel on Tommy Seabolt 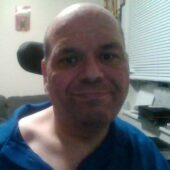