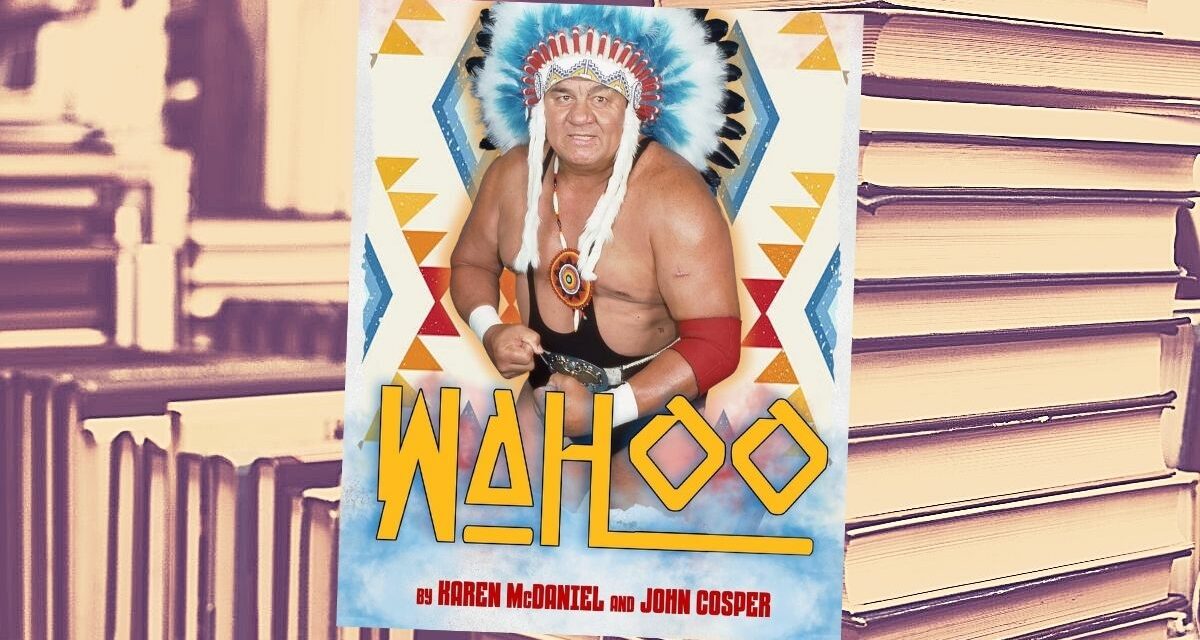 There have been a lot of books written about pro wrestlers, some by the wrestlers themselves, some by writers without much knowledge of wrestling, and some by wrestling historians. The new book about Wahoo McDaniel, appropriately titled Wahoo, is a rarity, as we get insight from the wife, in this case Karen McDaniel. (There’s Linda Hogan’s book and one from Bruiser Brody’s widow.)

While co-author John Cosper does an excellent job filling in the historical significance of Wahoo McDaniel’s career, in both football and pro wrestling, it’s Karen’s insight into what Wahoo was thinking or doing and his reactions to things that make the book even better. Even though Wahoo died in 2002, he seems to be a participant in the book because Karen was right there.

In 2018, with the help of Mark James, I put together the Wahoo McDaniel Record Book, which included a few of the stories and anecdotes in this book but really barely scratched the surface into the career and inner workings of the man, the myth and the legend of Wahoo McDaniel — and it was mainly wrestling, little football. If you want to get a complete picture on what Chief Wahoo McDaniel was really about, this is the book for you. The good, the bad and the ugly are all documented here and, after doing years of research on Wahoo myself, that is really all needed to piece together the violent and complicated life of this wrestling legend.

The 252-page book digs deep into the beginnings of Ed McDaniel, with help from his sisters and childhood friends. You learn about his high school years and college, where his legend started and just grew with time. Wahoo is well documented as a superior athlete on the gridiron, be it offense, defense and kicking. This segues right into Wahoo’s famous pro football career where he bounced around a little, even becoming a fan favorite in New York that rivaled Joe Namath. At the same time, Wahoo embarked on a pro wrestling career to supplement the lack of money back in the 1960s for pro football players. The money was so good in wrestling and allowed much more freedom and independence than in the football world, so it turned out to that the wrestling world’s gain was football’s loss.

Cosper does an excellent job tracing Wahoo’s wrestling career as he moved from territory to territory and chronicles his greatest feuds against Boris Malenko, Baron von Raschke, Professor Toru Tanaka, Superstar Billy Graham and his main rival Johnny Valentine. The book really captures the brutal relationship that Wahoo and Valentine forged and took around the territories from Florida to Texas to the Mid-Atlantic area. Wahoo had a long career and shed a lot of blood — and so much of that blood was lost against Johnny Valentine. They were just two rough wrestlers who enjoyed beating the hell out of each other. 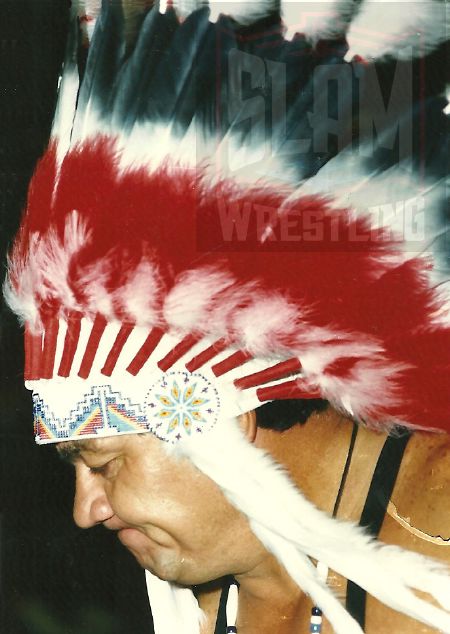 Wahoo was a tough son of a gun and never trusted any promoter when it came to money. This book also shines the light on Wahoo, and how he helped many young wrestlers, from Ric Flair to Magnum T.A. to Sam Houston. Wahoo also stood up for young rookies getting abused by veterans and for all the boys in the locker room when it came to getting paid what they deserved, be it a shady promoter trying to pull one over all the wrestlers or just his presence on the card that helped increase everyone’s payday. Wahoo also was a star behind the scenes, booking shows with his keen sense of how angles worked and what would make money.

Wherever he went Wahoo drew money, but that came at a price. His widow does an amazing job helping the reader understand the toll that wrestling took on Wahoo, and not just physically. Karen is just one of several wives McDaniel had over the years, and, good or bad, his family is detailed, as well as his up and down relationships with his peers. Wahoo coped with things by drinking heavily and often. There are lots of road drinking stories in the book, from drunken brawls in bars, near fatal car wrecks, and the women he met on the road. Karen doesn’t pull the punches on what she had to deal with from the fights and heartbreak she endured living with Wahoo.

An outlet for Wahoo came on the golf course. His regular partners included not only pro golf legend Lee Trevino, but also baseball legend Mickey Mantle, daredevil Evel Knievel, and country singer Charley Pride. Wahoo was a gambler and lost and won fortunes on the golf course. Les Thatcher had told me after Wahoo told him he lost a lot of money playing Trevino, he asked Wahoo if Trevino would wrestle him for money; you can guess the answer. Wahoo was also a skilled fisherman and his love of fishing especially in his later years is also well chronicled here.

But it’s ultimately his wrestling career that wrestling fans want to hear about and it is well covered in this book, including his long run in Jim Crockett’s Mid-Atlantic Wrestling with all the in-depth stories from Greg Valentine breaking his leg, his feuds with Ric Flair, Sgt. Slaughter, Paul Jones, to his 1984 heel turn and run with the US Title and his matches with Magnum T.A. and Ricky Steamboat. It closes with his final runs in Florida, the AWA and Mid-Atlantic before retiring and working a shorter schedule on the independents where he again championed the cause for those who were not getting a fair shake.

If you’re a wrestling fan, it’s all here — the history and the stories, both inside and outside the ring. What made Wahoo tick and what ticked Wahoo off. You will hear from one wrestler after another how stiff a Wahoo chop could be and what a good friend Wahoo could be. You will also hear about a man who had lots of demons and anger issues and what they did to his friends and family.

What you won’t hear, since Wahoo is no longer with us, are rants about how he was the greatest and how so-and-so held him back. Even if Wahoo was alive to tell his story himself, that was not his style. Wahoo didn’t need to brag about how great he was; he showed it in the ring and left nothing back whenever he climbed inside those ropes.

If you want a good read about a wrestling legend and an American football hero, I highly recommend Wahoo by Karen McDaniel and John Cosper. It will leave you informed and maybe with a smile or a look of shock if you didn’t know of the tale of Wahoo McDaniel already.