When it comes to old-school wrestling, Mark James knows his stuff 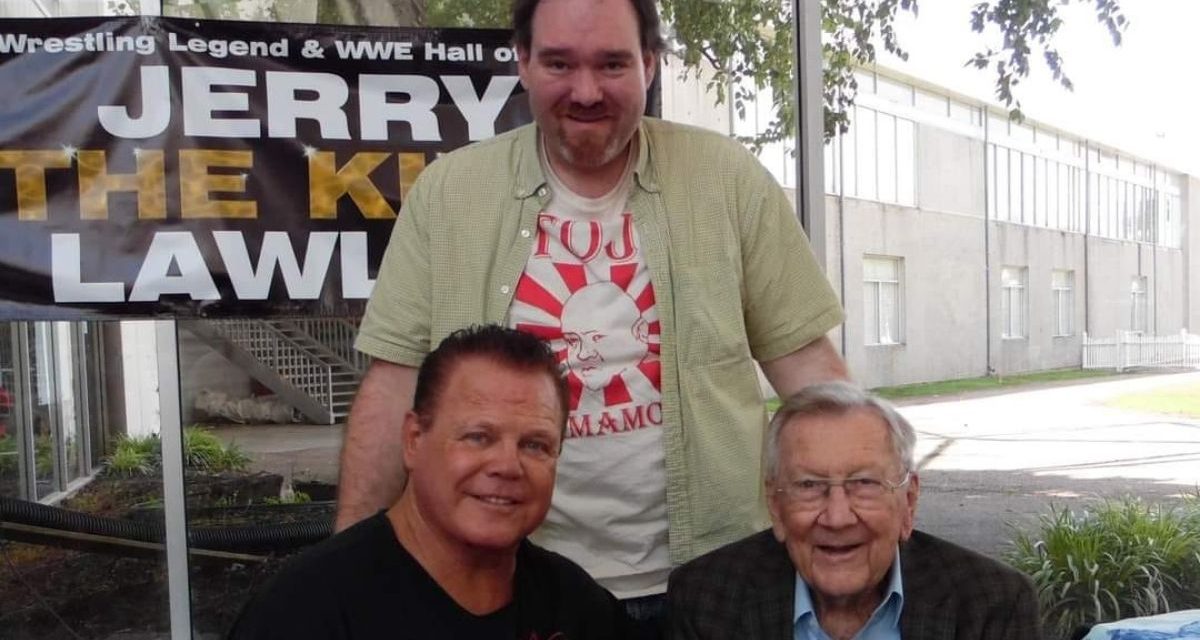 Wrestling historian and author, 54-year-old Mark James knows a thing or two about old-school wrestling. Especially when it comes to his childhood staple, Memphis Wrestling.

Born in 1967 in Flint, Michigan, James relocated to Memphis, Tennessee in 1973, where he was first introduced to pro wrestling by family.

“My grandparents religiously watched it on TV and I happened to be over in the summer of 73’… as I’ve mentioned before it was like a light switch in my head,” James told SlamWrestling.net. “From that point on I’ve loved wrestling, that’s ’73 to now.”

However, James’ roots in gathering and retaining information from wrestling’s past started early in his youth. “Even when I was younger, I always cared about the old stuff,” James said. “You aren’t supposed to care about the old stuff. Only what’s supposed to be on TV for that week. The history was important to me though. In my 20s, I would go over to the university’s newspaper archives, pulling up the microfilm and looking back at their match cards and results from the old days.”

“There were a bunch of websites focusing on different territories, but Memphis really wasn’t covered,” James said. “And at that point, I started doing some investigating. So I tried to come up with the old information from Memphis as far as I could. I created a website called memphiswrestlinghistory.com in 2005 and the website was great, but for something to last and not go away… it has to be in book form.”

This is what sparked James’ ventures into writing his own wrestling publications. “I documented the Memphis stuff, ’50s, ’60s, ’70s, and ’80s. Then, I started doing individual years and each year had like a yearbook. So 1982 for example, each month had a chapter and those were the chapters,” James said.

James has also co-written a few autobiographies alongside legendary names of the old-school such as Jerry Jarrett, Dutch Mantell (Zeb Colter in WWE) and Bill Dundee. 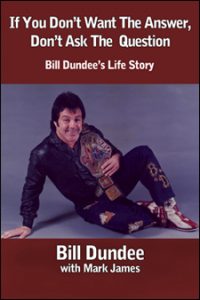 For James, the books extended further from simply being able to write about Memphis Wrestling; it was really about making sure the memories stays preserved and the history is documented. But James’ documentation of wrestling history did not only center on Memphis Wrestling, as he soon wrote books on other old-school promotions he admired.

“The original books were all about Memphis. But when I was done with that, I started doing stuff on other promotions I loved as a kid. I loved Jim Crockett Promotions and created a series of books that looked at the ’80s, ’70s, ’60s and the ’50s. Of course, some of that stuff was before my time, but again it was really about learning the history,” James said. 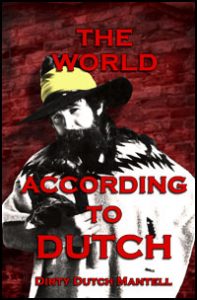 One of Dutch Mantell’s book covers.

James unfortunately suffers from a serious form of rheumatoid arthritis, in which its initial stages cause a horrible amount of pain.

“I didn’t want to go the pain med route so I gritted it out and used the books as a therapy,” James said. “Books take an incredible amount of time, effort, concentration, thought, and dedication. I was able to detach myself, to a point, from my condition and isolate my brain into whatever the current project was. 16 to 20 hours a day on some projects. Might not work for everyone, but it did for me.”

James appreciates any recognition he gets for his writing efforts and work as a historian (although he does not see himself as such). James is contacted on his social media and email often by fans who thank him for his books and information or have questions to ask. James has also served as a source in several wrestling TV shows and documentaries, including the recent WWE’s Most Wanted Treasures show on A&E. James is very thankful for his platform and is pleased to interact with anyone who wants to speak with him.

“I get a lot of questions. But, I’ll never turn anyone down. Like I said, this is great. When I started the books, I wanted to bring this information to the public,” James said. “I mean Jim Cornette has complimented my work. That’s crazy considering what a wrestling genius and historian he is. He told me my book is the only he has on his desk. Compliments don’t get any better than that, haha.” 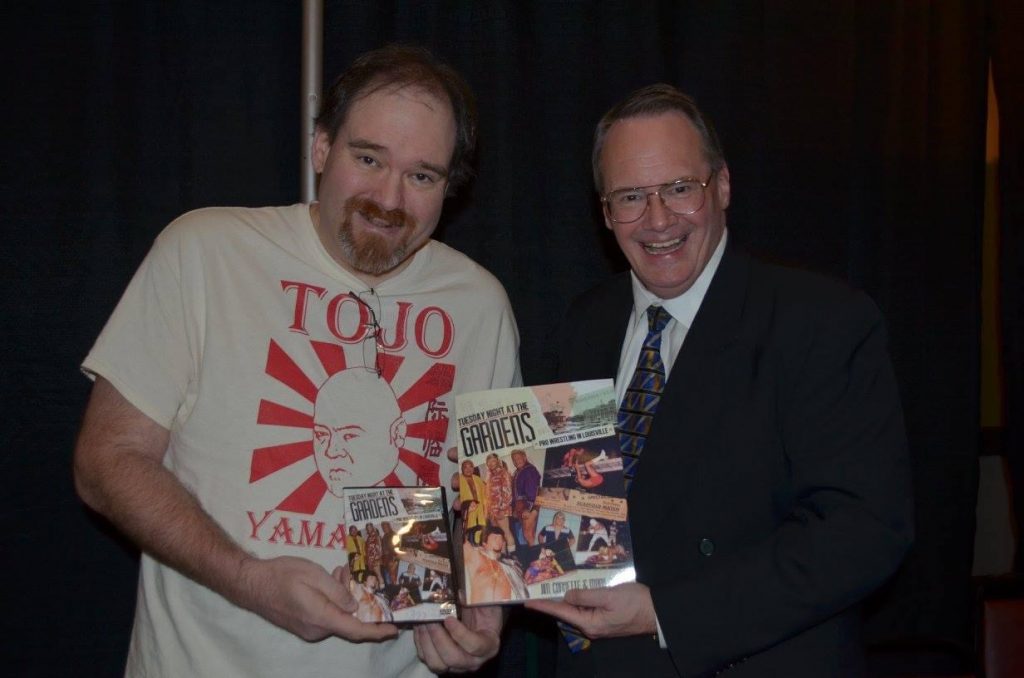 When asked about his ability to retain such a vast array of information and rather old information at that, James used an interesting example to explain his talents.

“Think about how many songs you know by heart in your head. You don’t even need to see lyrics to sing the songs to the last word. You just remember it because it sticks in your head,” James said. “This is how I see my ability to know and remember wrestling. When you love something so much, it just stays in your mind for years and years. I’m really not deeply into anything else, so I think that helps. Its a crazy thing, but its also amazing when you think about it.”

Speaking on the future of wrestling archives, especially for the recent decades (1990s – now), James believes the internet has taken over the need for books and the need to document recent things has been reduced. “There are a bunch of websites and wrestling pages on the internet that cover this stuff. There are shows halfway across the world for example, you can find out what happened on those shows almost immediately. Of course, there are people like me who like to have a physical copy of records, but for the wrestling archives of the future — the internet is going to answer a lot of questions.”

Talking on the present-day wrestling product, James spoke on the differences he sees between the new-school and the old-school.

“I still watch from time to time, but wrestling really isn’t as great as it was during my childhood. That might just be the old-school in me talking but it really is different. That’s no knock on the wrestlers of today, I think they’re great. But for every wrestling fan, they will tell you whatever era they grew up with was the best. I’m the same,” James said. “Wrestling in the old days was very focused on building the big matches and the wait to tune in for something important to come on TV. The talking, the angles, that was going to make up the show. Then the main event would be some squash match or something irrelevant, because you would tune-in every week until the grand match finally comes. Nowadays, you can have a World title match or a steel cage match on TV every other week. That never happened back then. I don’t know, I think that takes away from the mystique. If the must-see things are happening so often, what’s so special about tuning in?”

However, James believes two superstars and a particular style of wrestling embodies the old-school spirit of Memphis Wrestling.

“I think the stuff Edge has done recently is great. When I would watch Memphis Wrestling, it would hit my emotions and it really captivated you. I’ve always loved Edge, but when he returned at the Royal Rumble last year… you got goosebumps. If you didn’t get goosebumps, you’re dead. You have no heart. He’s really good,” James said. “Randy Orton is another one, again he’s a little on the older side, but he’s great too. He puts his heart into whatever it is he’s doing and he really sells me on his work. Very reminiscent of my childhood stuff. The stuff out of Japan is great too. They still pride themselves on the sport side of wrestling. St. Louis was kinda that way. The best fighting the best. Contenders from other territories coming to challenge the champions. Sometimes the matches are not done feud-wise, but its all about producing a great match.”

When James is not busy working on a wrestling project or writing another book, he loves to spend time with his wife Gayle, who he helps daily with her farmer’s markets, and their two rescue dogs, Dora and Gracie. 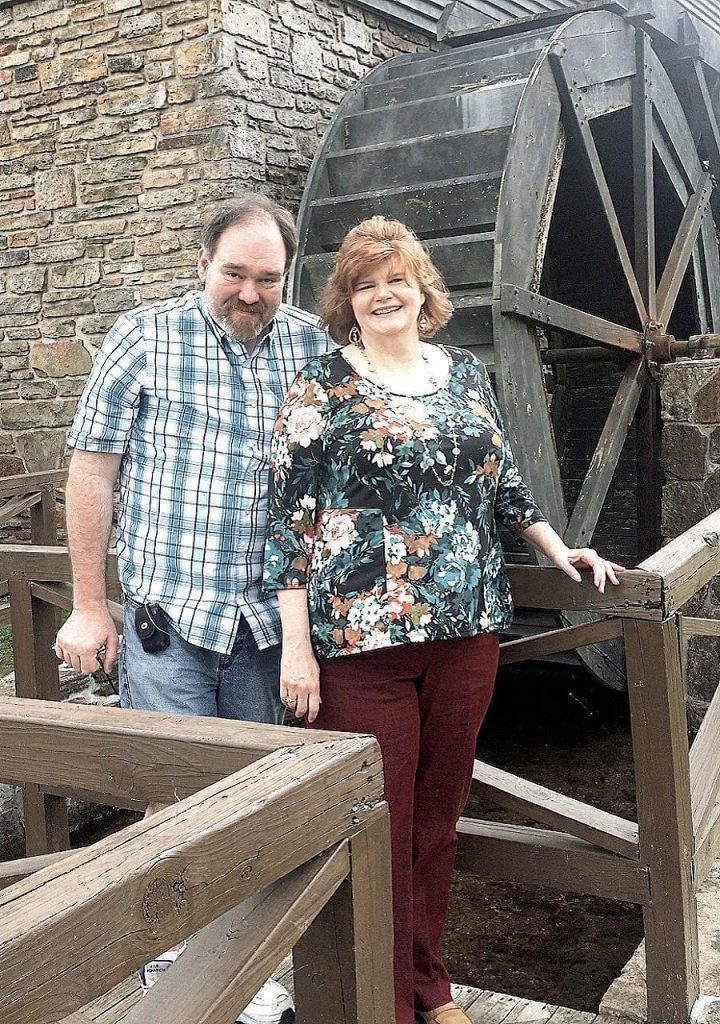 Mark and Gayle James posing for a photo. Courtesy of Mark James.

James is scheduled to be honored for his efforts as a wrestling historian and author as he is the 2021 recipient of the Jim Melby Award from the George Tragos/Lou Thesz Professional Wrestling Hall of Fame. The award is dedicated to the late Jim Melby, who was honored by the Hall of Fame in 2006 for his extraordinary efforts as a journalist or historian to professional wrestling. James will be presented the award on July 17 at Tragos/Thesz Pro Wrestling Hall of Fame induction banquet alongside legends Trish Stratus, Mark Henry, Adnan Al-Kassie and Ken Shamrock — just to name a few.