Hometown folks still have Magnum T.A. on the mind 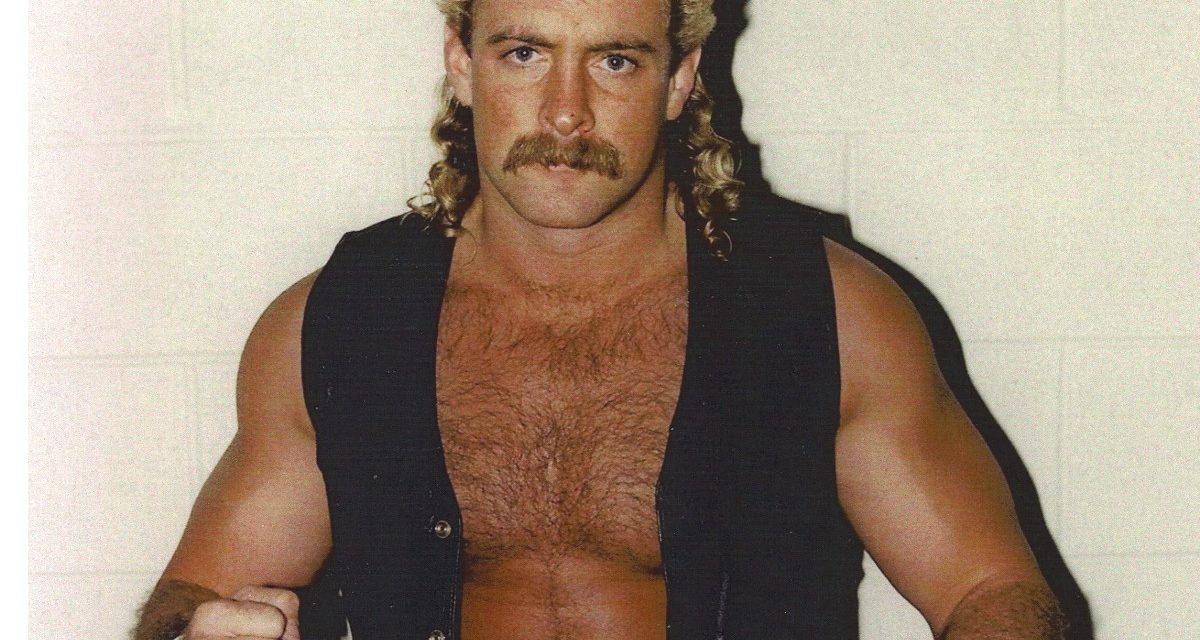 CHESAPEAKE, VA. — You might not find it on Mapquest.com, but to Jimmy Valiant, there was no doubt about where he and several hundred wrestling fans were Saturday night.

“We’re all in Magnum T.A. country!” the “Boogie Woogie Man” exclaimed to a roar of delight.

More than 20 years after a catastrophic car accident ended the wrestling career of Terry Allen, or Magnum T.A., fans from across the Mid-Atlantic converged on the Khedive Temple in Chesapeake, Virginia, for the 2nd annual Magnum T.A. Clash for the Cup. 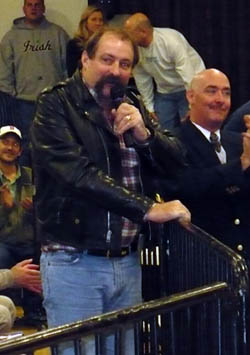 Magnum T.A. addresses the crowd at the 2nd annual Magnum T.A. Clash for the Cup. Photos by Steven Johnson

The tournament brought together some of the top independent stars in the area and a handful of Magnum’s legendary contemporaries, including Ivan Koloff, Nikita Koloff, Tony Atlas, and Valiant.

More importantly, it served as tangible evidence that Magnum, a local boy made good, is still in the hearts of his fans, even though his career lasted only about eight years.

“It never ceases to amaze me, the impact of something I loved so much and would have done for free if I didn’t need to eat,” he reflected while signing a stack of programs. “I had so much fun doing it and in the process touched so many people in different ways.”

Promoter Keith McBride of Pro Wrestling Mid-Atlantic said the event is a way for fans to show their appreciation to their native son. “Magnum really stirred something in people,” he said. “He was one of those guys who only comes around every 10 or 20 years or so.”

Allen started wrestling in high school at nearby Norfolk Collegiate, rising from a ninth grader who lost all but his last match of the year to a state champ as a senior in 1977 at 167 pounds.

In the process, he got to know stars like Greg Valentine and Ricky Steamboat. He ended up first working with Buzz Sawyer in the Northwest in 1979, though he noted his true mentor was Florida promoter Eddie Graham in 1982 and 1983.

After a good run there, he was seasoned in Bill Watts’ Mid-South promotion, where Andre the Giant dubbed him “Magnum” because he looked a little like Tom Selleck, the star of TV’s Magnum P.I.

With his good looks and hard-nosed style, Magnum became a breakout star when he joined Carolinas-based Jim Crockett Promotions in early 1985, after top favorite Barry Windham split for the World Wrestling Federation.

In November of that year, he beat Tully Blanchard in a violent “I Quit” match for the U.S. title, one of the most memorable bouts of the era. 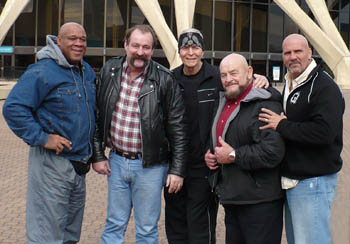 A series of classic struggles against Nikita Koloff the next year led most to think Magnum was in line for the NWA world championship at a time when belts meant something.

“Intense,” Koloff said, recalling the feud. “It was very intense.” And, told Magnum considered those matches among his best work, Koloff smiled and said, “I’m honored by that.”

But an October 1986 accident, when his Porsche hydroplaned on a winding Charlotte, N.C., road near his home, ended all that. The crash caused his fifth cervical vertebrae to explode, shooting bone fragments toward his spinal column.

Fully conscious and full well knowing he couldn’t move, Magnum was trapped for an hour before workers started to labored in the pre-dawn hours to extricate him.

Forget the wrestling — his life was touch-and-go and doctors thought at best he’d be paralyzed for life. A little more than five months later, he walked out of the hospital; haltingly, to be sure, but on his own feet.

An uncle, Tim Allen, at ringside Saturday, said fans probably never will know the depth of nephew’s injuries. That, he added, is why the annual Magnum T.A. Cup is a “little emotional” for the family.

“It means quite a bit to us in the family for people to remember him for the achievements that he made in wrestling and the friendships that we all shared,” he said.

To listen to Magnum, though, you won’t hear any self-pity or “what ifs.” His voice is strong and commanding, just like it was when he was a wrestler — microphone work came natural to him, he said.

“I guess having the devastating career-ending accident and then seeing how I handled that real life challenge made everything real for people,” he said. “I loved this sport. It was a very special part of my life that I’ll never forget and I made friends that’ll last me a lifetime.”

Magnum is still moving slowly and deliberately. His right arm is of no use, and on Jan. 20, he woke up at his Charlotte residence to find his back had locked up. He couldn’t get out of bed for two-and-a-half days.

He has an MRI scheduled and suspects it’s a bulging disc, probably from a combination of ring bumps and an imbalance in the way he’s had to walk and carry himself for 20 years.

“It’s something that has been coming on for a while and now it’s just excruciating,” he said.

He’s got another challenge on his hands, though this is one he’s excited to face. Twins Lucy and Tucker were born prematurely last October and spent three-and-a-half weeks in the neonatal intensive care unit.

Now, they’re thriving, both weighing more than 10 pounds, and presenting a booking predicament for mom Courtney and dad.

“They’re just so needy right now, and being two of them. One infant is challenging enough but two of them and trying to keep them on the same sleeping schedule, the same eating schedule and all that stuff … I’ve gotten really educated at 48 years old about what the baby stuff is all about.”

After his accident, Magnum worked as an interviewer and in the front office for the NWA.

He has been in the cellular tower construction business for nearly 13 years, building up a successful operation. But he is looking to divest himself of that day-to-day grind and start working more as a consultant.

“I’m tired of managing people,” he laughed. “I want someone to come to me for an answer.”