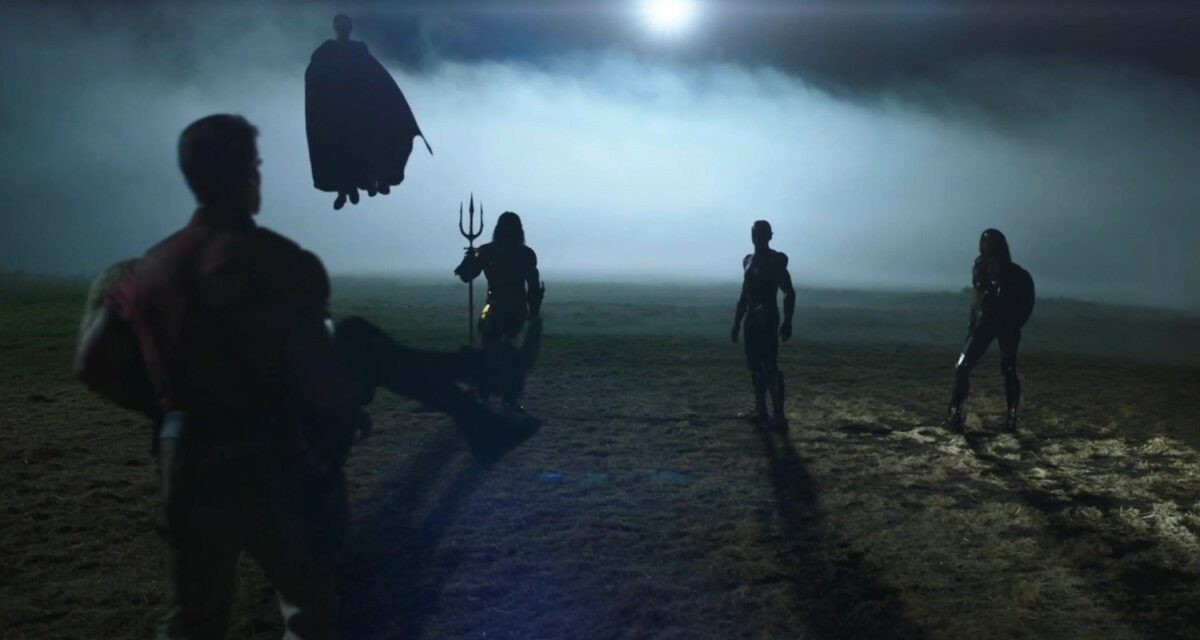 In its most by-the-book episode of the series, the finale of the John Cena-led Peacemaker‘s most interesting moments are not in the wrapping up of the plotlines but in two other elements: the promise of what’s to come for the show, as well as the licence that DC and its parent company Warner Media has given the show’s creator/writer/director James Gunn to play around with its characters.

Our SlamWrestling.net reviews have been sticking to largely spoiler-free reviews, but there’s one moment at the end of the show that’s hard to avoid having seen since the episode aired, so we’ll get into it: The Justice League cameo as pictured above.

First things first: this can now officially be called the first season since it was announced shortly before the release of the finale that Peacemaker would, in fact, be renewed for a second season. That adds extra intrigue to watching the final episode as we’ll be looking to see whose story will get extended into another season, and whose run is coming to an end in this episode called “It’s Cow or Never”.

Interestingly, again compared to the rest of the series (and compared to The Suicide Squad movie, from where Peacemaker emerged), the main character body count is pretty low. For those looking forward to over-the-top action in this one: don’t worry, there are plenty of creative and gory deaths as our would-be heroes mow their way through dozens of Butterfly-controlled humans, featuring obligatory slow-motion walking scenes both before and after the melee. The resulting end battle that has been brewing for seven episodes is rewarding but does feel a bit flat emotionally, especially when compared to last week’s show that featured a final face-off between Peacemaker and his father (Robert Patrick as the villainous White Dragon).

Perhaps there could have been a way to tie both of the main stories, Peacemaker’s quest to shed his guilt and his father’s influence and the battle between team A.R.G.U.S. and the Butterflies, at the same time. That’s a relatively minor complaint, because the ending is certainly satisfying — it just wasn’t anything above and beyond that.

What is made clear is that this team, at each other’s throats at times throughout the series, has become galvanized and are ready now to face challenges in the DC Universe that may well cross over with the established superstars. Peacemaker has been free and loose with making jokes about heavy DC hitters such as Superman, Aquaman, and Batman throughout the series, but it was a stretch to think that Gunn might ever get a chance to have these characters actually face off against one another.

After Adebayo (played by the excellent Danielle Brooks) had made a last-minute call for help from her mother Amanda Waller and suggested that she call in the Justice League to assist, and she is apparently quickly refuted, it seemed that it was just an off-handed joke to point out how strange it really is to leave the fate of the entire world in the hand of A.R.G.U.S. when there is a team of super-heroes that are pretty used to doing this sort of thing. Besides, it’s not like the show is going to build up this team just to have them essentially lend a hand to a more powerful and recognizable team of heroes in the end.

What Gunn was able to pull off, though, were a couple of cameos that serve as both funny and loaded with future possibility. As Peacemaker emerges from the battle, he spots most of the Justice League arriving to help (Cyborg and Batman are nowhere to be seen). As Peacemaker tells them off for being too late, all we see are silhouettes of the characters. That makes sense — they’re not going to get the film stars making an actual cameo … are they?

Well, they got two of them. Jason Momoa and Ezra Miller appear as Aquaman and The Flash, lending not only a little star power to the scene as they address the rumor that Peacemaker has espoused regarding Aquaman’s romantic fetish with sea creatures, but some real long-term intrigue about whether Peacemaker could occupy a spot alongside these top-tier DC characters in future adventures.

It seemed up to this point that James Gunn had essentially been offered a little zone of the DC Universe, one in which he could get away with his brand of humor and storytelling without trying to match the more reverential tone of the rest of their stories. Maybe this is the track that DC needs to follow to break away from its attempts to follow the Marvel blueprint. Deadpool occupies a similar place in the FOX/Marvel world: he gets to joke about the X-Men but doesn’t really get to interact with the big players beyond a cameo (apologies to Colossus). Peacemaker could go beyond that kind of interaction if DC decides to see how far they can take his antics into the big arena.

Until then, rest assured that those antics will continue for another season on HBO Max (and on Crave TV in Canada), so get ready to see lots more of John Cena in the role he just may have been born to play.