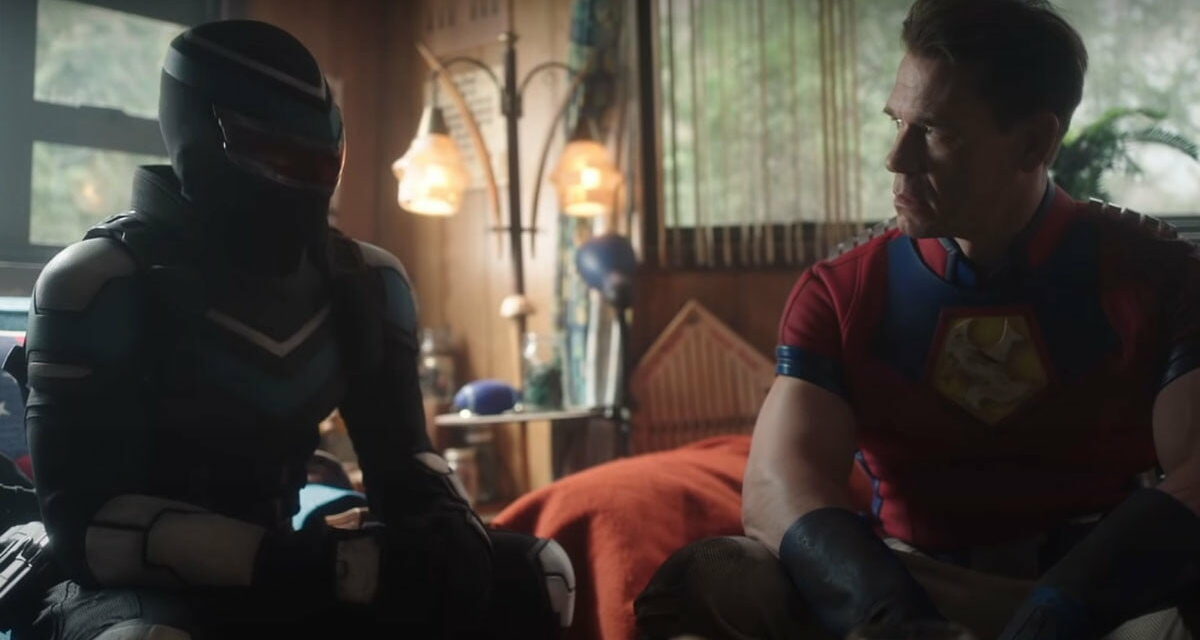 John Cena’s ultra anti-hero, action-comedy series on HBO Max (and on Crave TV in Canada) launched with three episodes on January 13th, presumably to advance the story just far enough to get people hooked. I’ll provide a combined recap of the second episode “Best Friends, For Never”, along with the third one “Better Goff Dead”, because, frankly, they could have been compacted into one episode without losing much anyway.

The show’s most prominent feature is that there is a very long leash for series creator/writer/director James Gunn’s targets for humor where seemingly nothing is untouchable or unspeakable, and the very same, very mature brand of humor that briefly cost him his tenure with Disney helming the third Guardians of the Galaxy film is in full effect in the DC show.

Now, you’ll either appreciate the humor in the show or you won’t, and I certainly won’t weigh in on the pointless discussion of whether or not it’s funny because that’s all relative to each viewer’s taste. The problem is that the off-handed remarks and side conversations, which is where most of the humor comes from, really slow down the story.

Over the course of the second and third episodes, Peacemaker gains a little more insight into “Project Butterfly”, the operation that he is thus far blindly working within, and we meet new characters such as Peacemaker’s self-proclaimed best friend Vigilante, as well as an opponent named Judomaster, as we follow Task Force X on a mission to assassinate a senator.

Even if that sounds like a lot of story development, it feels stretched out over the two episodes. Sometimes, the quiet moments between action-oriented scenes that are clearly driving the narrative forward are important and start teasing out a more conflicted side of Peacemaker’s personality (though that’s another element of the show that will certainly appeal to some fans and not others). Mostly, though, the scenes have dialogue that feel like they could have used another draft to keep the focus on the story.

An interesting trend in the show is watching everyone in the entire Task Force X team, from top to bottom, making mistakes. It follows the tone set in The Suicide Squad film where it was hard to determine who to be cheering for as nobody in that film had a firm handle on virtue. In Peacemaker as well, these are all people that live inside a grey zone in which very few of them truly seem to know whether they are really doing the right thing.

On the other hand, one character is very clearly heinous, with each new layer of character shown to be a worse revelation than before. I’ll let those who are following the show find out the details, but all of the indications that Peacemaker’s father, Auggie Smith, was a bad dude are verified and more.

There’s one detail that needs to be lauded, and that’s the opening credits sequence. Featuring the entire main cast and several side characters, it’s a ridiculous sequence in which everybody’s dancing together, whether they’re trying to kill each other in the show or not. The best part about it is that it’s so very serious: there isn’t a smile to be seen, just total focus on the dance.

It’s funny, irreverent, and has no connection to the plot. In the right time and place, that kind of sequence is excellent. I just wish those moments didn’t happen as much in the show itself.

Check out the show’s intro here:

New episodes will be available on Thursdays; stay tuned to Slam Wrestling for further reviews.