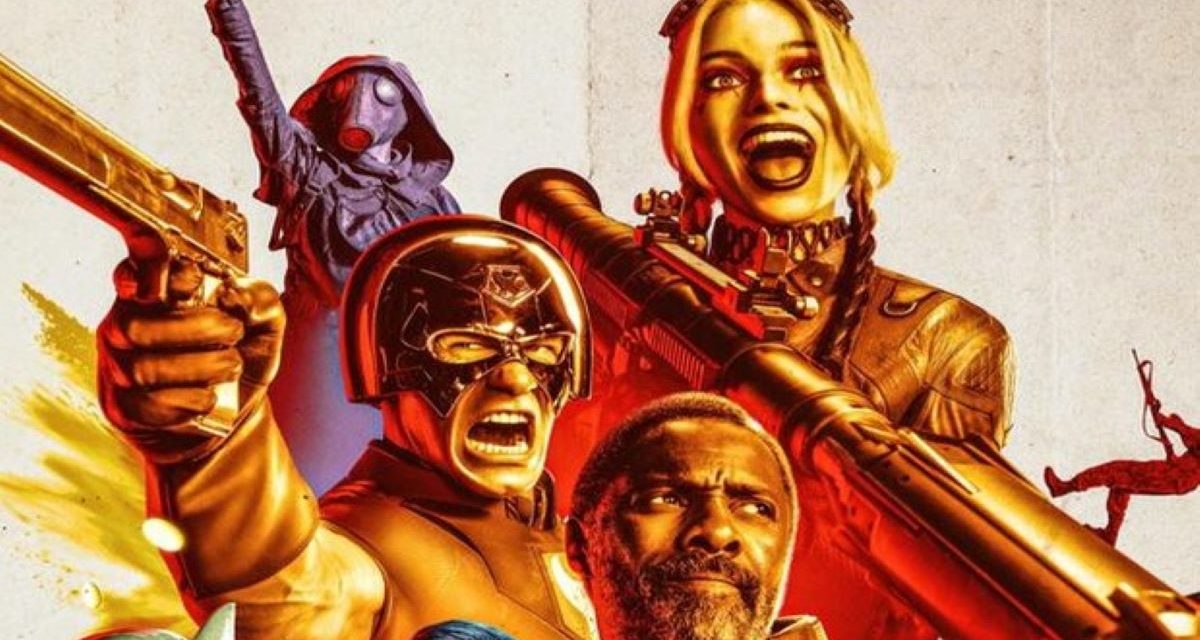 With the summer movies winding to a close, much has been made of writer/director James Gunn’s take on the DC franchise of The Suicide Squad and his cast of characters, including one John Cena.  But does the movie live up to the hype, or do you feel like (wait for the pun…) you can’t see me watching this movie anywhere when The Champ is here onscreen?

First, the backstory:  The original 2016 movie, Suicide Squad, came about as part of DC Comics’ answer to Marvel’s Cinematic Universe.  This movie was not well-received at the box office, but some fans did enjoy a movie of supervillains being forced to do some missions where the stakes were high (think a super powered version of The Dirty Dozen).  Fast forward a few years later where James Gunn, the rising auteur who cut his teeth in the famous Troma Studios on movies like Tromeo & Juliet and Slither, and coming fresh off his success with Marvel’s Guardians of the Galaxy, found himself in hot water because some right-wing fans found old tweets he made that were decidedly not family friendly.  As a result, Marvel (who is owned by Disney) cut their losses, and Gunn found himself future endeavored.  But it freed him up to do other projects, and when Warner Media (who also owns DC Comics) asked what projects he’d like to tackle, Gunn responded with … The Suicide Squad. 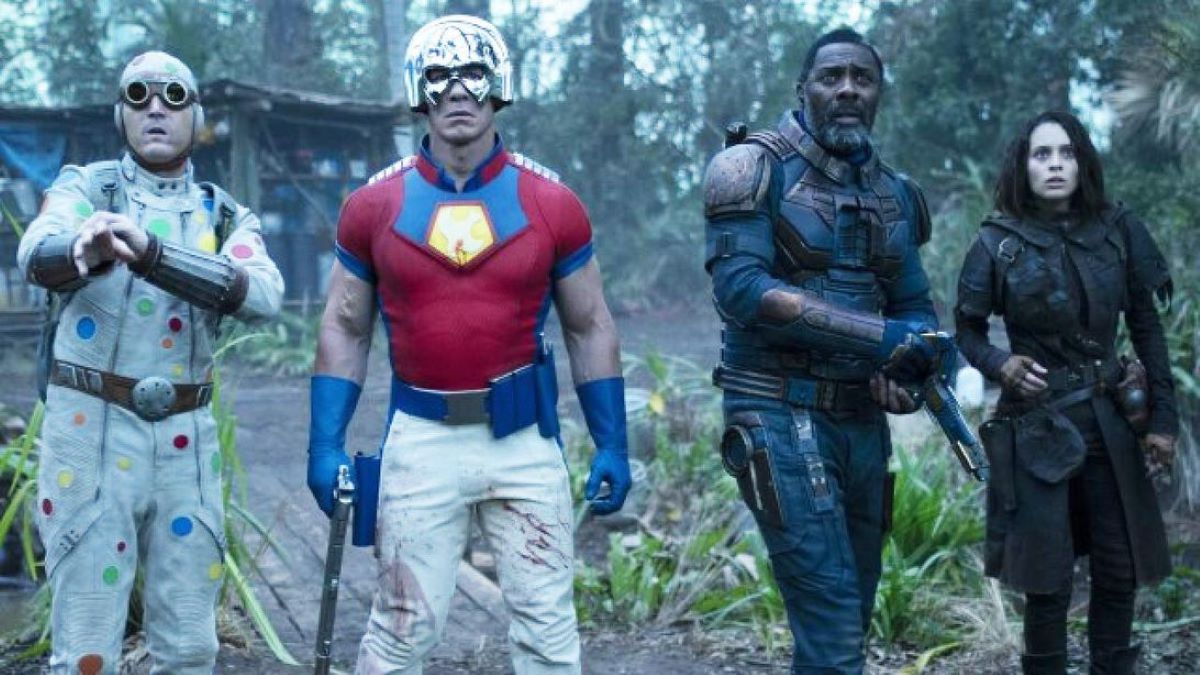 John Cena is front and (nearly) center in a still from The Suicide Squad.

Now for the plot: with this iteration of the franchise, supervillains Harley Quinn (Margot Robbie) Captain Boomerang (Jai Courtney), and some new baddies like Bloodsport (Idris Elba), Peacemaker (John Cena) and a collection of other supervillains led by Rick Flagg (Joel Kinnaman) have been chosen by the shadowy badass bureaucrat Amanda Waller (Viola Davis) to infiltrate the remote, enemy-infused island of Corto Maltese. Why? Because a new regime has taken control of the banana republic and have in their possession a weapon code-named Project Starfish that must be destroyed.  They need the help of The Thinker (Peter Capaldi) to gain access, and from there wackiness ensues.

In my opinion, one of the strengths of DC Comics, when it comes to their movies, is that they will swing for the fences. But that, too, is a weakness of theirs. What I mean by that is for every successful hit (Superman: The Movie, Batman Begins, Wonder Woman), there are cases when they miss; and they miss big (Justice League, the aforementioned Suicide Squad).  Lately, they abandoned following the Marvel formula of having movies connect, and just let the individual cinema stand on its own.

With a lot of bodies and moving parts, this Suicide Squad has all the makings of another movie mess, but Gunn’s writing and direction keeps things light and the pace chugs along.  Even the actors seem to really get into the spirit of the movie, and it’s noticeable through the banter that they got a kick filming this. Of course, Gunn has some really neat cameos throughout the movie, with favourite actors like Nathan Fillion and Michael Rooker, among others too good to spoil. 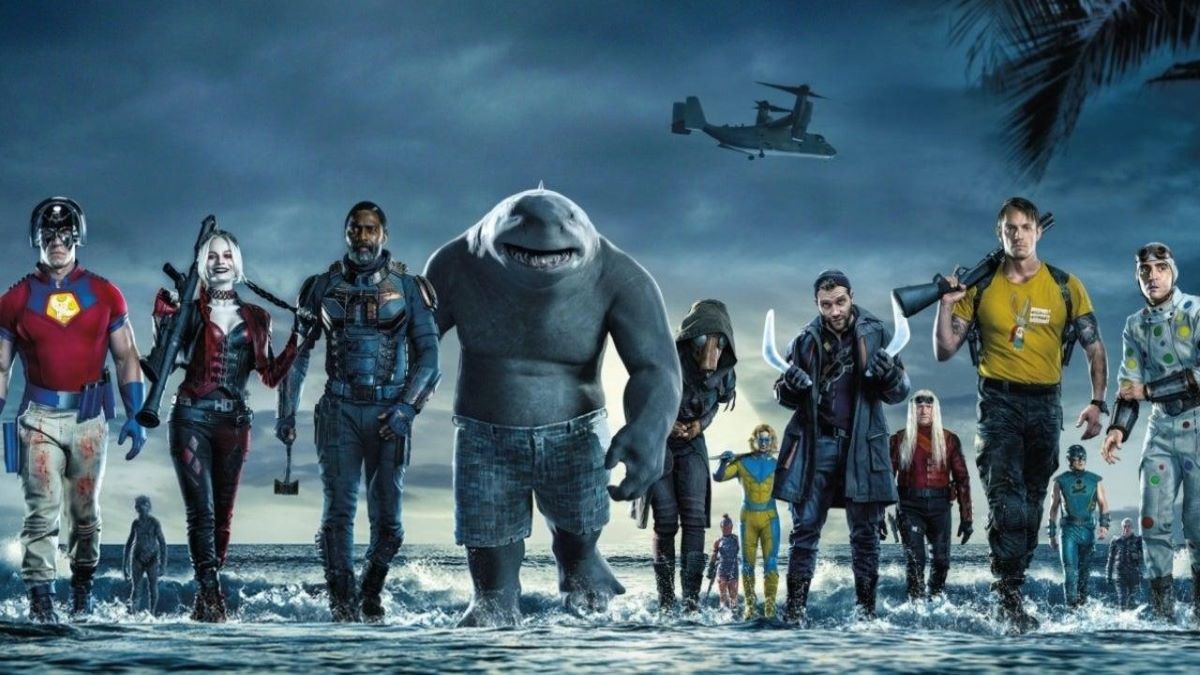 John Cena joins a cast of colourful characters for The Suicide Squad.

Gunn does get the best out of all his actors, including Cena in the role of Peacemaker (think Captain America with a twisted sense of what justice means). Obviously, Gunn is an old hat working with other actors transitioning from the squared circle to the silver screen in Dave Bautista, and his work on Cena is no different.  While Cena’s visage is very much RBF (Resting Bro Face), his work really has great comedic effect while still maintaining his physical prowess.  The best moments from the film come from when Cena and Elba play off one another.  Take this gem:

Peacemaker: You gotta be kidding me! You’re gonna risk the entire mission for a mental defective dressed as a court jester?

Bloodsport: This coming from a guy that wears a toilet seat on his head?

Rick Flag: We don’t leave one of our own behind!

Peacemaker:  It’s not a toilet seat!  It’s a beacon of freedom. 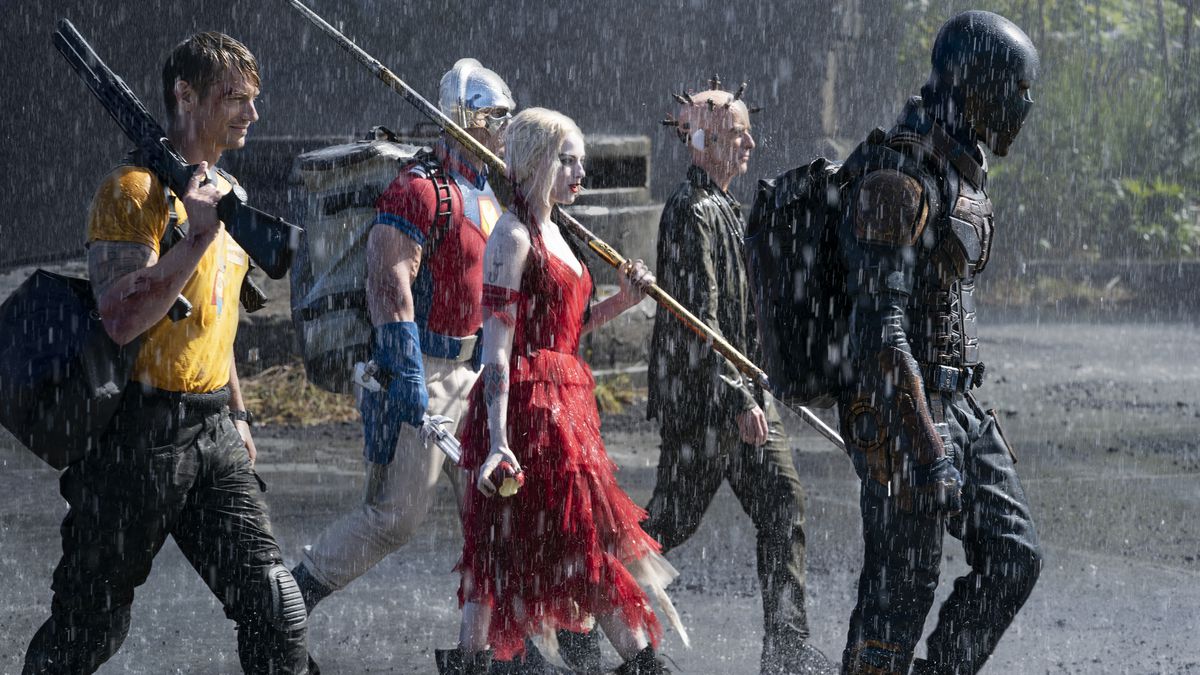 It’s almost as if you can’t see John Cena in this still from The Suicide Squad.

As I watched this from my unofficial headquarters of Brewvies Cinema in Salt Lake City, UT., the audience was definitely into this new Squad, and there was nothing but positive response for not only the carnage in the film (and there’s no doubt Gunn took bloody satisfaction in delivering a very R-Rated movie when unshackled from the Mouse House), but also for the new Squad members like Cena’s Peacemaker. As I’ve stated before, when paired with the right project, Cena works beautifully.  Plus he redeems himself from his one-note F9: The Fast Saga performance.

If you watch this in a theater like Brewvies, or at home, then I recommend making a drinking game (which, I seem to be doing that a lot…but I digress.  You don’t need to follow suit).  So for those of you playing at home, have a Fernet like in the film (or something herbally like mint tea) and take a drink when:

James Gunn has definitely proven he can do a lot with the most unlikely sources, and can get the best from an unusual cast and bring their A-game to the forefront.  In short:  James Gunn is the cinematic version of Paul Heyman, and I, for one, am a James Gunn guy.  Stick around for the end credits for a fun surprise at the end, and be sure to watch with your Squad to close out summer.