Cena’s Peacemaker is all class in sixth episode 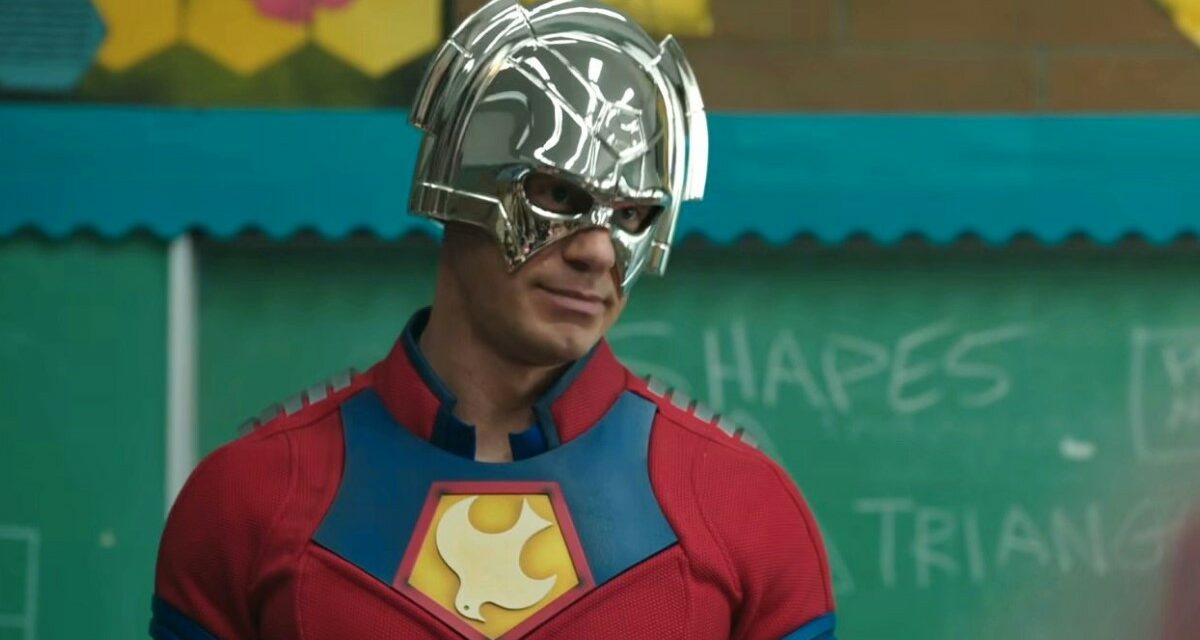 Things are getting very complicated for would-be hero Peacemaker, otherwise known as Chris, played by John Cena. After being forcibly brought in to play a part in a mysterious task force where everyone seemed to be keeping secrets from him, now we learn that the team is keeping secrets from one another, too. The show has played fast and loose with the concepts of villain and hero throughout the series, and the latest revelations in the sixth episode, titled “Murn After Reading”, wipe them off the table altogether.

On top of all that, Chris, the man who has committed his life to preseving peace no matter how many people he has to kill to get it, is suddenly unsure if he wants to kill anyone at all — well, humans — anymore.

Peacemaker, available through HBO Max and also on Crave TV in Canada, is on the home stretch with only two episodes left to come after “Murn After Reading”. Murn, if you’re just catching up now, is the team leader who was discovered in last week’s episode by team newcomer Adebayo to be housing a “butterfly”, the code name for an alien being that acts as a parasite in taking over a human host for an as-yet unknown purpose.

The very end of the previous episode saw Murn chase Adebayo out into the street where she seemed pretty well done for, with the only way out that I foresaw for her was that someone might arrive to save her. Well, that happened, but not in the way I expected.

Harcourt arrives on the scene and it becomes clear right away that she knows about Murn. And so does Economos. They all fill Adebayo in on the history of the butterflies: how they arrived on Earth in search of a new home, how they were happy here until a group, led by the butterfly that had inhabited Senator Goff in a previous episode (more on that in a bit) wanted more, and how the butterfly currently inside of Murn is actually out to try and stop them from taking over the planet.

While the alien that had taken over Goff was presumed dead by the team, in truth it had been kept by Peacemaker and nestled away in a jar. When Vigilante arrives at Chris’ trailer to hang out (and ideally get really drunk), they notice the butterfly attempting to communicate from inside the jar — and professing peace.

They don’t get a chance to find out much more, though, as the police arrive after Detective Song was finally able to put together proof that Auggie Smith, Chris’ father, super-KKK-villain, and all-around jerk, had been framed for the crimes that his son had actually committed. While Peacemaker and Vigilante escape, so does the butterfly from the jar, finding a new host that spells trouble for, well, the whole planet.

It’s during all of this that, despite Vigilante’s advice to quit with the introspection, Peacemaker is having serious doubts about his place on the team and the code he lives by. Considering the war that’s brewing from multiple sides and closing in on his team, it’s about the worst time that he could pick for coming to terms with his way of life.

This existential crisis was almost certainly accelerated by Peacemaker’s visit to a classroom as the guest of Jamil, the custodian who Chris had met at the very beginning of the season. Jamil is desperate to blow away the guests that his daughter’s classmates had previously brought into her school, so Peacemaker ends up telling some not-quite-school-appropriate stories — and labels the kids with some hilarious nicknames.

These kids aren’t fazed by his brash demeanour or tales, though. One, in fact, boldly tells Chris that he can see right through him and knows that he’s a loser. Peacemaker was not in a good position to hear something like this from anybody, let alone a kid, and you can see that it sends him reeling.

This episode felt very much like a deep breath before a deep plunge. There were a lot of pieces in motion, but none of them are making their final strike for victory. I expect that the final two episodes will act like a movie to cap off the series with a lot of action. We’ll also get a glimpse of what the future may hold for John Cena in the DC world. The show has been winning over fans, and I’ve written before how it really is a perfect fit for Cena’s square-jawed, likeable, aloof persona. He might not have worked as a very serious super-hero, but he has really put his stamp on this character. Will the show continue, or is Peacemaker set for appearances in more movies? At this point I don’t think it’s a question that it will be at least either or — and maybe both.

To his credit, too, it’s in this sixth episode that Cena gets to show off his most subtle performance yet. He’s pretty quiet as his world turns upside down around him, and Cena allows us to read a lot about what’s happening inside his head without shouting it out loud.

Expect nothing less, however, than for Chris to take charge of the action (and the show) as the story wraps up.