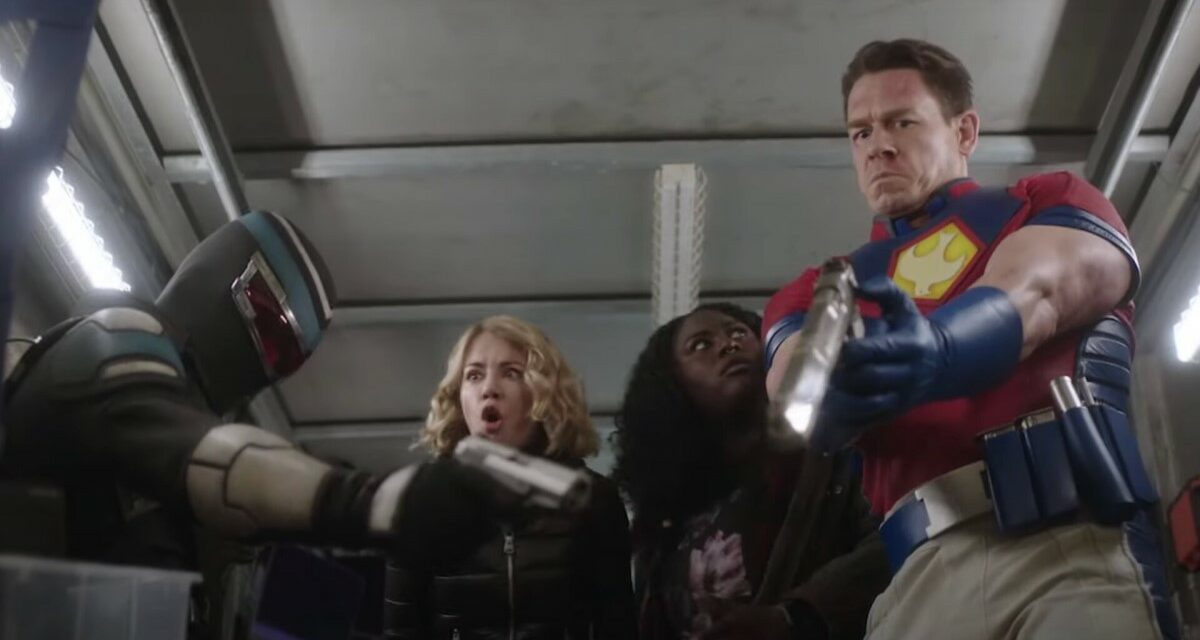 After an opening set of episodes that seemed more focused on shocking dialogue and outrageous situations for their own sake, the John Cena-led comedy Peacemaker, airing on HBO Max (and on Crave TV in Canada), concocted the right alchemy in the new episode titled “The Choad Less Traveled”. For those that value the vulgar humor most highly: don’t worry; as you can tell from the title, that’s still a big part of the show and likely isn’t going anywhere.

What the fourth episode manages to do better than the first three, however, is balance its crudeness with its story development, and also successfully humanizes its characters in a way that, frankly, wasn’t looking possible in the beginning. More on that in a moment.

As to the balance between humor and story, I’m reminded of admissions from 1980s comedy legends Jim Abrahams and David and Jerry Zucker (the writers/directors of Airplane! and several other spoofs) regarding their film Top Secret! and what they perceive as its drawbacks. They acknowledged that it was chock full of jokes but ultimately lacking in narrative cohesion. In other words: it’s funny, it’s really funny — but it could have been a better movie.

That’s the direction that Peacemaker is now headed. The first three episodes had plenty of jokes, but now the story has some real traction and promises a binge-worthy ride from here on out.

“The Choad Less Traveled” features further fall-out from Task Force X member John Economos framing Peacemaker’s father Auggie Smith for his son’s criminal activity. This landed Auggie in prison where we learned of his backstory as the ultra-racist supervillain White Dragon. We even get to see his super-villain suit when Peacemaker and his self-proclaimed best friend Vigilante return to Auggie’s home to collect some new helmets for their mission.

It’s here that Peacemaker learns that his father is in prison and, despite everyone from Vigilante to the excellent Danielle Brooks in the role of Leota Adebayo warning him that having his evil father in his life will bring him nothing good whatsoever, he says he loves his father despite all of that. By the time the episode comes to an end, we have gleaned some more information from the files of Peacemaker’s mysterious team and from his own repressed memories that show Auggie was worse than a bad father: he was a sociopath who created the highly conflicted nature of Peacemaker’s identity as the man who repeatedly claims he will gladly kill in the name of peace. 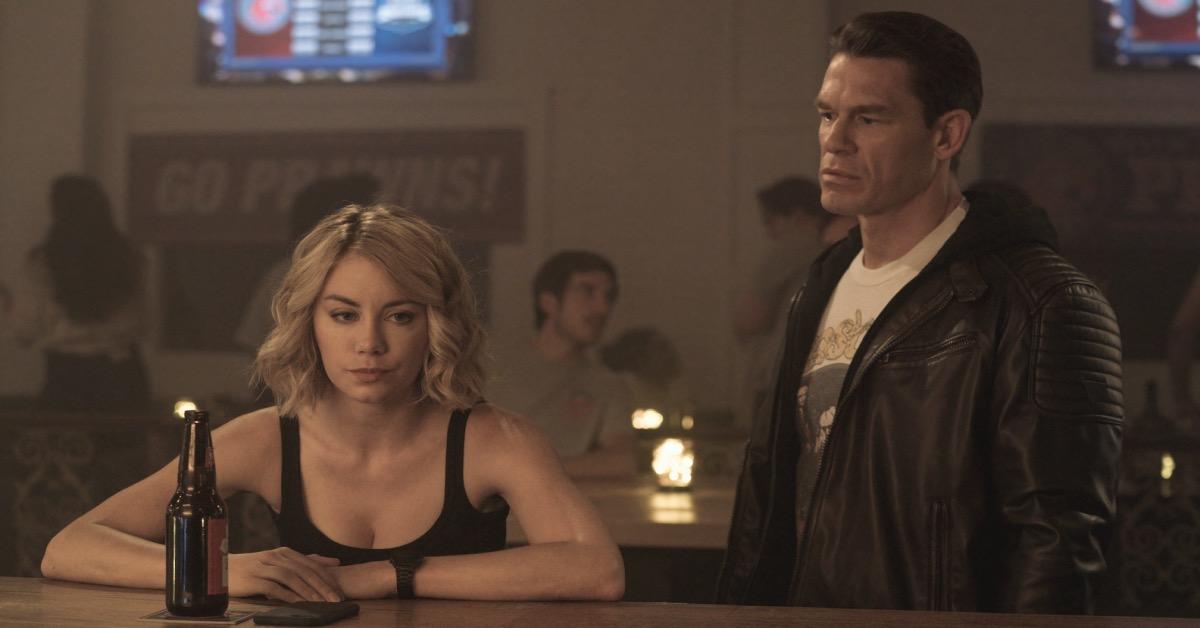 Jennifer Holland and John Cena take another step in their … whatever their relationship is going to be in a still from Peacemaker.

It’s here, and in a few other moments of the episode, where the characters take a big leap forward in terms of depth and accountability. In The Suicide Squad film, Peacemaker was essentially a one-note joke, but his backstory is now making it possible to look back on his role in the film as more than just comedy fodder. In a way, this is how the DC Comics film universe has been operating, which is a little backwards. They jumped the gun with the Justice League movie in throwing together the team without taking the time to explore their individual natures, and in Peacemaker’s case it’s evident how much more interesting his role could have been with more understanding of the character.

That being said, there’s no telling if a show like Peacemaker could have even gotten the green-light for production were it not for the success of The Suicide Squad, so maybe this is the way it had to be.

Cena continues to turn in a really good performance, which is also improving as he drifts away from the caricature of the character and is able to show off some serious acting chops. It seems that he’s successfully making that adjustment that his contemporaries Dave Bautista and Dwayne Johnson eventually figured out, which is how to go from wrestling acting (which is, by its nature, over-acting) to a more subtle style. It helps that he’s surrounded by a terrific ensemble cast, giving everyone a chance to shine.

Oh, by the way, you’ll also learn that one person in that ensemble is not who they say they are, which thickens the plot considerably as this short-run season reaches its halfway mark. I’m now officially hooked on seeing where this is all going and hope the upward trends from this episode continue.