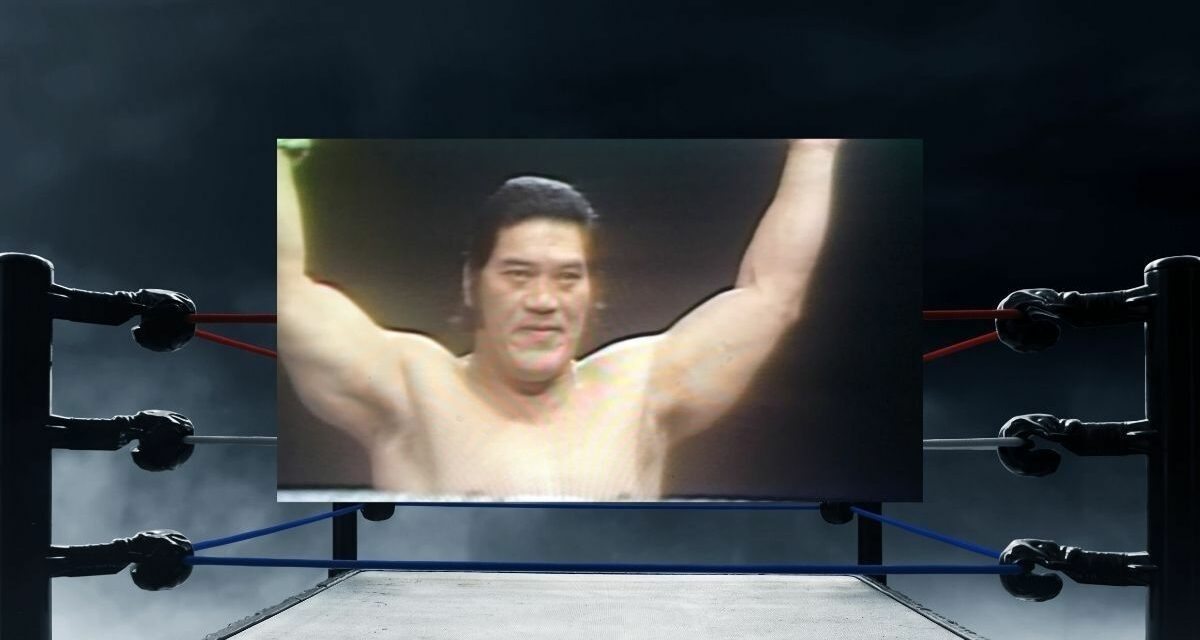 Shozo “Strong” Kobayashi, who was one of the major wrestling stars in Japan in the 1970s and into the early 1980s, died on January 2nd at the age of 81.

Born on December 15, 1940, in Oume, Tokyo, Kobayashi began training to be a pro wrestling in 1966, and debuted in 1967, but under a mask initially. (Note, that Shozo Kobayashi is no relation to Kuniaki Kobayashi, or Kenta Kobayashi.) The “Strong” nickname came in part for his bodybuilder physique on his 6-foot-2, 270-pound frame.

Like many Japanese wrestlers of the era, he traveled to North America to learn a different style. In 1971, he was in the AWA, where he got a good push as a villain, billed as Shozo or Sho-zo, or Strong Kobayashi. The AWA and IWA in Japan had a working relationship. One significant bout he had was losing to a debuting Billy Robinson; of course they had a history already from Japan, which the AWA crowd did not know and it seemed a big upset.

Dr. Bill Miller had won the IWA World title in Kokura, Fukuoka, Japan, from Thunder Sugiyama, but lost it to Strong Kobayashi on June 19, 1971, in Duluth, Minnesota.

Back in Japan, Kobayashi was indeed ‘strong’ as the IWA champion.

The IWA was also known as the International Wrestling Enterprise, and was founded in 1968, and was a strong second promotion behind the established the Japanese Wrestling Association with Rikidozan at the top. It fell to third after All Japan and New Japan, when those two promotions started up in 1972 after Shohei “Giant” Baba (All Japan) and Antonio Inoki (New Japan) each split from the established JWA.

The IWE TV show aired on Wednesday night at 7 p.m., initially, and then bounced around. Dave Meltzer noted in his obituary on Rusher Kimura that, “The Japanese stars in that era, Kimura, Thunder Sugiyama, Shozo “Strong” Kobayashi, Great Kusatsu, Mighty Inoue and Animal Hamaguchi all became pretty well known names in the sports community.”

Inoki, who was the NWF champion, and Kobayashi, who never lost the IWA belt, built their feud to a massive show on December 12, 1974, at Tokyo’s Sumo Hall show, which at the time was the biggest event in New Japan’s history.

The bout, one of many “Match of the Century” bouts in history, was voted Match of the Year by Tokyo Sports, and earned New Japan its first 20% TV rating.

Stan Hansen wrestled Kobayashi, and talked about him in his book, The Last Outlaw. “Strong Kobayashi was the third top man in New Japan in those days. He had a good following and he had certain moves which always got a response from the people. One of those moves was to hit us across the chest with a forearm, after which he would back up and spread his arms, as if stretching. The people would respond in a positive way.”

Hansen noted that someone slammed Kobayashi, he would grab their crotch. “I don’t know why he did that, but I assume it was to make us aware that if we slammed him too hard, he could hurt us by pulling on our balls.”

On his website, the late Bad News Allen Coage wrote something similar:

I hated working with him cause no matter what you did he always grabbed anyone he wrestled by the testicles. He’d apologize when I’d get mad but the SOB would do it again. Once during a match he stuck his finger up [Wim] Ruska’s ass, I thought Ruska was gonna kill him, he was so mad his face was as red a tomato.

In late 1974, Kobayashi did a tour with the World Wide Wrestling Federation, even working a semi-final bout against Pedro Morales in New York City’s Madison Square Garden. During that tour, he also faced Bruno Sammartino, and occasionally teamed with Killer Kowalski.

Kobayashi fought every great name of the 1970s and early 1980s, from a very young Andre Rousimoff to a star-in-the-making Hulk Hogan.

By 1979, Kobayashi was phased out from his high spot in New Japan, but helped put new stars like Riki Choshu on the map in the process.

He retired from pro wrestling in 1984, and did film work. Kobayashi portrayed Monster in Choudenshi Bioman. As well, he was in Kagaku Sentai Dynaman as Gon. In movie work, he would be credited sometimes as Strong Kongō.