Insight into Japan one great part of Stan Hansen book 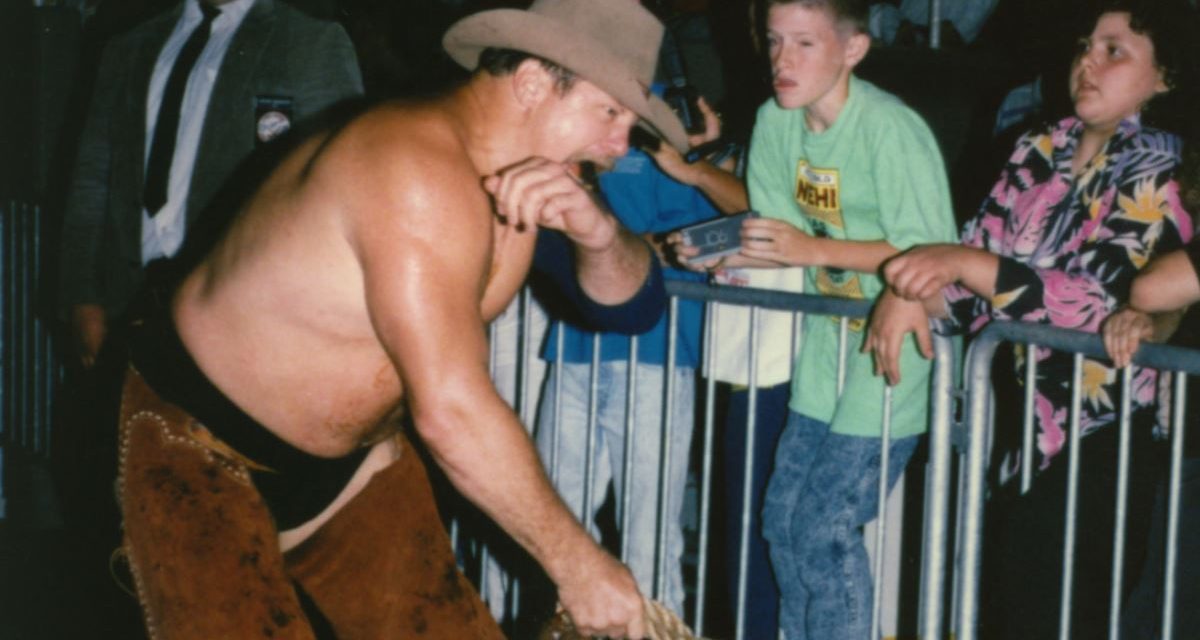 Sometimes an autobiography comes out that, for whatever reason, doesn’t get the attention it deserves. Maybe it is a small publisher, or the subject isn’t well-known enough, or doesn’t do the usual media rounds of interviews and podcasts. 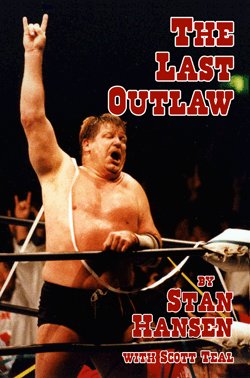 It certainly happened with The Last Outlaw, written by Stan Hansen and Scott Teal, which was printed in 2011.

Hansen isn’t one to hit the fan fest circuit, hawking his book, shaking hands and kissing babies. And that’s just one reason to love him, and to seek out a copy of The Last Outlaw.

Though not as cantankerous as his former tag team partner in Georgia, Ole Anderson, Hansen isn’t far behind. Or at least that is always the way he seemed to be.

But in his life story, he comes across as a pretty shy guy in many ways, someone who got into pro wrestling out of necessity rather than love of the business. A native of Texas, when his prospects for a career in football dried up, he gave teaching a try. Terry Funk – a fellow ex-gridiron player from West Texas State — threw him a lifeline, and Hansen jumped into pro wrestling, quickly realizing that he could make a lot more money in it than instructing students.

The Last Outlaw covers his early days, life at West Texas State, with particularly great details on coach Joe Kerbel, and into pro wrestling, the early lessons learned in the Amarillo territory and the sprawling Mid-South area. Hansen is honest about his own shortcomings at the beginning, how he struggled to balance family and wrestling, and what he learned along the way.Though there are countless great tales (and perhaps too many) in The Last Outlaw, your average fan knows Hansen for three things: breaking Bruno Sammartino’s neck in a WWWF bout in 1976, and the subsequent rematch at New York’s Shea Stadium; his stardom in Japan; and his 1986 run with the AWA World title.

All are dealt with in depth in the book, or at least Hansen’s side of things. No doubt AWA promoter Verne Gagne has a different impression of Hansen and his refusal to lose the AWA World belt in or out of the ring.

Personally, I loved Hansen in the NWA (later WCW) of 1990. Turns out he came in to Atlanta out of his friendship with booker Ole Anderson. He details enough of his brief run there that I was satisfied and educated on what happened.

While Hansen shares tales of many, many colleagues from over the years, one in particular is key to his story. Hansen’s history with Frank Goodish, a.k.a. Bruiser Brody, stems from their days together at West Texas, and flows in and out of the narrative throughout the book — in Mid-South, in Japan, and in Puerto Rico, where Goodish was killed in 1988. Hansen’s thoughts are poignant and moving, but brutally honest at the same time.

As for Japan, Hansen really opens the book on the wrestling scene there and how he perceived the culture. There aren’t many books like it out there; if you are a fan of the Japanese wrestling scene, this book is a must, probably best complimented by the book on The Destroyer, Masked Decisions. I found it fascinating to learn about how the matches were put together there, how the gaijins (foreigners) were treated differently than the Japanese wrestlers, how the sponsor system worked for the wrestlers, travel arrangements, what went into his decision to jump from New Japan, under Antonio Inoki, to All Japan, under Giant Baba — you get tremendous insight into how those two legends were in and out of the ring.

Complaints? Nothing too major. Like a lot of the Scott Teal produced books through Crowbar Press, it’s excellent and thorough, meticulous in detail, which can also be a detriment and a distraction. There are times it is a little repetitive too, whether it’s yet another football story or recounting a night on the town in Japan. But who would have the guts to edit down Stan “The Lariat” Hansen?

The Last Outlaw deserves a place on your bookshelf, even if you didn’t realize it was out there until now.

In the end, where else are you going to find this info? Japan has always been a bit of a mystery to North American fans, and Hansen takes us by the hand and shares with us everything he knows.