Nobody does it better? Here are 007 wrestlers that could be the next James Bond 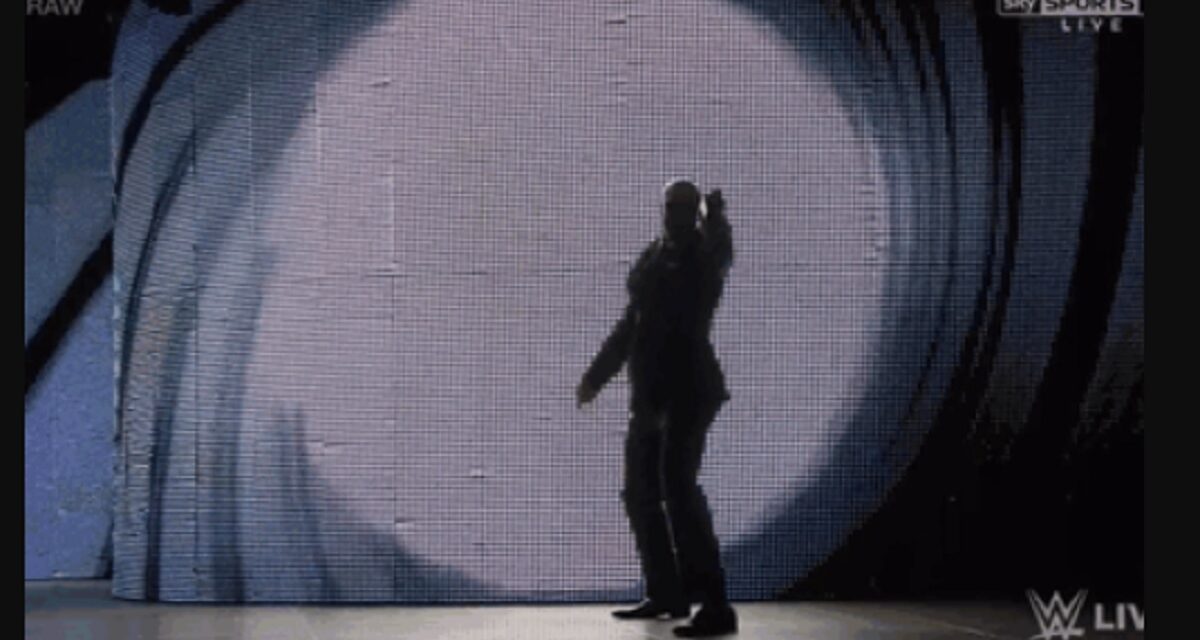 As has been widely-publicized, the new movie No Time to Die marks the final time that actor Daniel Craig’s will play super-suave secret agent James Bond in the movies. With historical box office revenues for the Bond franchise totaling an estimated $14 Billion, it’s no surprise that the producers are out looking to replace Craig as soon as they can.

Rumors have been swirling that they are considering a new type of Bond – people other than the parade of middle-aged British white men who have played the role to date. Diverse names such as Idris Elba, John Boyega, Cate Blanchett, and Priyanka Chopra-Jonas have all been mentioned as potential successors to Craig.

But if producers are really looking to shake things up, we think that they should look into another pool of candidates for the role. Bond films are notorious for their over-the-top plots, larger-than-life characters, and mind-blowing stunts. Where better, then, to look than the wild and wacky world of professional wrestling, which includes all of those things in spades?

And we’ve already had wrestlers play villains in Bond movies, like Tosh Togo / Harold Sakata as Oddjob in Goldfinger, Dave Bautista in Spectre, and Pat Roach in Never Say Never Again (which, some will argue, was not an official Bond film, we know).

Here is a look at 007 wrestlers that we think could easily pick up the mantle. 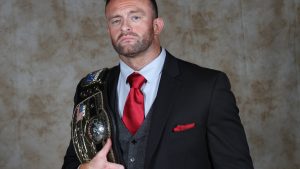 Admittedly, this one isn’t too much of a departure from some of the previous Bond actors. There’s the obvious fact that Nick Aldis is British, so could convincingly pull off the accent. And while he generally gives off more of tough, Daniel Craig vibe in NWA, he also isn’t afraid to tap into his goofy Roger Moore side from time to time – Google the video clip of him in a dance-off against Jeremy Borash if you want evidence. Plus, he’s in a loving marriage with Mickie James… so you could say he has a real James bond. 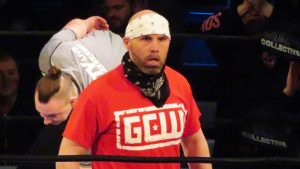 One of the highlights of any Bond film is to see the various gadgets that Q has invented for Bond to help him in his adventures. From flying cars to laser beam pens, Bond relies on all of these tools in order to survive his quests. In the wrestling world, Nick Gage is similarly known for using various weapons in order to accomplish his goals. And while he may not have anything as nifty as a jetpack or X-ray sunglasses, we can’t wait to see how many variations of pizza cutters he’ll use to carve up his enemies. 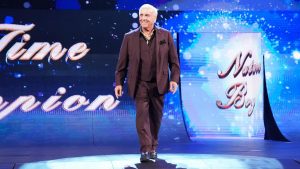 Over the years, Ric Flair has probably been on more jet rides, more limousine drives, drank more martinis, and been with more girls than James Bond has in all of his movies combined. And other than his lack of success when attempting a top rope move – which inevitably results in a sky fall – we know that Flair physically still has the chops (figuratively and literally) to do the role justice. Bottom line, we know that the Nature Boy taking on the role would result in a box office smash… and not a Flair Flop. 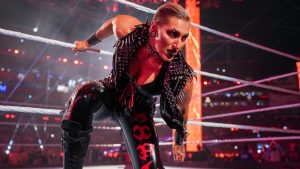 Months ago, Jim Cornette commented on Rhea Ripley’s box office potential, noting that she looks like she could be a huge Hollywood attraction. “She looks like a movie star. If somebody puts her in a movie, and it’s not a s— movie, she will be the biggest female action movie star in the history of Hollywood,” he predicted.  We could not agree more. Although she was a thunderball in NXT, and has the size and look that suggest she could knock the living daylights out of any opponent on the main roster, bad booking has sidelined her in a tag team with the cartoonish Nikki A.S.H. and a main event push for her seems to now be but a spectre. If she left to do a big movie and got some mainstream buzz, when she came back, they’d probably push her to the moonraker (okay, we admit, that one was pretty bad). 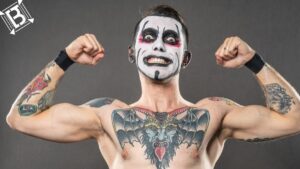 After 60 years and 25 films of James Bond being the ultimate cinematic babyface, isn’t it about time to shake things up a little? And who better to show off a darker side of the character than Danhausen? Sure, Daniel Craig tried to bring a bit of a darker and harder edge in his portrayal. But for a full-fledged heel turn? Three words: Bondhausen. James Bondhausen. 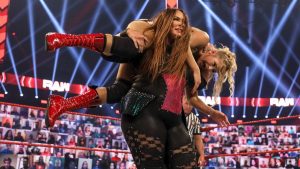 Okay, this may not seem like the most obvious choice. But it would be ground-breaking because Nia Jax would be both the first woman and the first person of color to play the role. More importantly, though, is that she would have to take time away from WWE TV to film the movie. So, botches and injuries to other women on the roster would likely be reduced by a factor of 007. Win-win, we say. 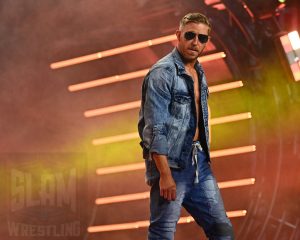 In the face of danger, even when the odds are overwhelmingly against him, James Bond is unflappable. Ever calm and cool, Bond never expresses fear, panic, or doubt that he’s going to live through whatever it is that stands in his way. Remind you of someone? Yes, Orange Cassidy, wrestling’s favorite slacker, has channeled James Bond in a way that few others have. Of course, he’ll probably have to change his Canadian tuxedo for a real one in order to match Bond’s sophisticated style. And he may have to dye his hair (the British hate gingers even more than everyone else hates gingers). But even those things, we doubt, won’t bother Cassidy or revoke his license to chill.

BOND-RELATED STORIES FROM OUR ARCHIVES