NWA’s Sal Rinauro a big believer in having fun 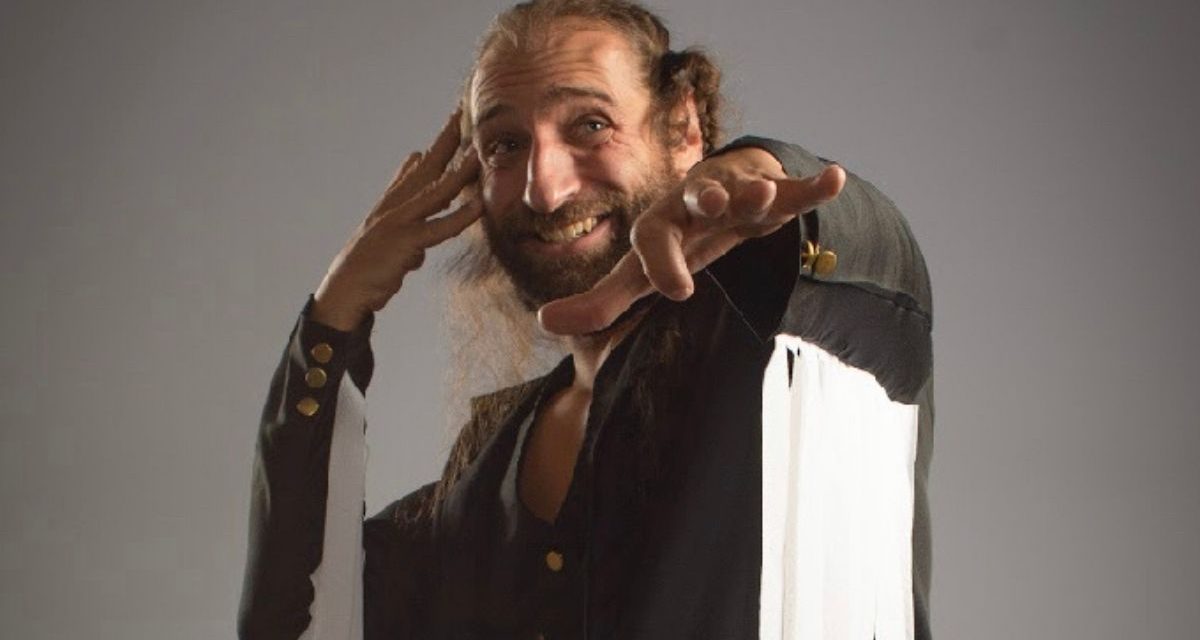 We have to start with the “rap” video, because it’s something to truly behold. Sal Rinauro doing “Country Slammer” is, hmm, unique. It’s goofy and fun, yet all about what makes wrestling memorable — the character. In short, it’s very much him.

Rinauro’s theory is that it would draw attention to the NWA 73rd pay-per-view, on Sunday, August 29, where he is a part of the Battle royal to determine the #1 contender to the NWA National Championship.

“I figured it was free publicity for the pay per view. I’m trying to get as many eyes on this pay per view as I can anyways. It’s a big deal to me just to be associated with any of it,” Rinauro said.

But how did the veteran wrestler end up as a rapper? It’s a mix of the pay-per-view being at the historic Khorassan Ballroom of the Chase Park Plaza in St. Louis, the famed rapper Nelly being from St. Louis, and reverse psychology.

Rinauro was in the room when NWA honcho Billy Corgan told everyone the next shows wouldn’t be in Atlanta, where the NWA had been taping, but instead at the historic home of Wrestling at the Chase TV show. “I was like, ‘Oh, my God, we’re going to the Chase!'” recalled Rinauro. “After I picked my brain up from the ground, the first thought I had was, I wonder if Nelly’s going to be there?”

He mentioned the St. Louis show and Nelly to a couple of friends, and they teased him, that he should have a go at Nelly’s hit song “Country Grammar.” Rinauro balked … until they told him they didn’t think he could. ‘”I’ll show you!” was the response.

It’s all Sal. “This was a total just me project. I put the lyrics together probably in two hours. I just reached out to a couple people I knew that can do video editing, because I’m completely clueless when it comes to anything technological,” he said. A director was hired, and they filmed at a nearby gym with a ring, and then in downtown Atlanta. The filmmaker talked Rinauro out of a finale where he takes a shot at Colby Corino, who has recently been a constant thorn in his side of late on NWA POWERRR.

“When I ran it by her, she was like, ‘Man, I just don’t think we should end this with you hating something. That’s not what this video is about,'” explained Rinauro. “I said, ‘Oh, that’s a very valid point.’ We just scrapped it. Having to message Colby and tell him, ‘Hey, I’m making a rap song and video, and I didn’t include you. But just know there’s a methodology behind it’ was one of the weirdest messages I’ve ever had to send in my life.”

Rinauro has a history with Corino, but Steve Corino, Colby’s dad. They were on shows together many years ago, including when Corino was NWA World champion. Corino’s son, Colby, arrived in the NWA and stuck his nose in Rinauro’s business, costing the veteran a chance at a fair fight against NWA TV champion “Da Pope” Elijah Burke.

As a dedicated fan, the NWA TV title is “a monumental, big deal” and he’s still in awe that he’s competing in the NWA at such a high level; then again, he’s been around NWA affiliates for decades, starting out with NWA Wildside.

There is little question that he is a veteran in the locker room at 38. “I joke all the time about being Old Man Sal. It’s funny, just because like I broke in real real young, my first match was at 16. Just to date myself, I moved from California to Georgia, just because I knew the Power Plant was in Georgia, and I figured if I moved to Georgia, I’d probably get signed by WCW and be the cruiserweight champion in year — as all logical 15, 16 year old children think,” he laughed. “So I’ve seen it all. When I started working, WCW was a thing. I went through the Indies when the Ring of Honors were opening and when the TNAs were opening. I saw that new generation of the smaller, more athletic guys. I kinda helped break ground in at least the South with that style. It’s funny, just because in any other avenue of life, I’m a pretty relatively young guy, but in pro wrestling, I’ve been doing it for 22 years now, so I’m ancient, I’m old, I’m the grizzled vet that’s seen it all and done it all at least once.” 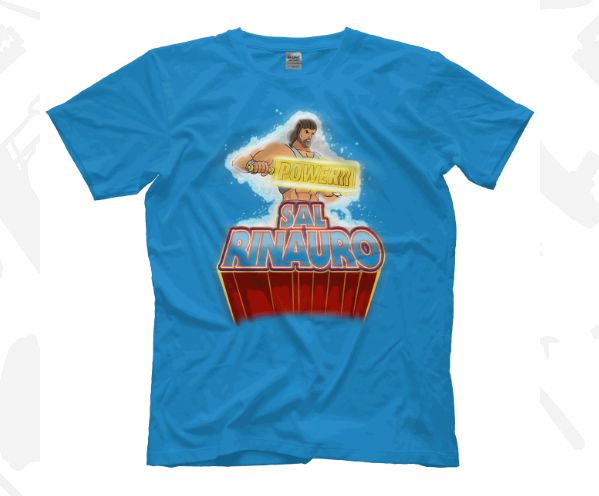 The datedness extends to some of his merchandise, knock-offs of He-Man, a decidedly 1980s toy and TV reference. “The second episode of [NWA] Powerrr I did, I was literally in the ring, and I was like, ‘Oh my god, I have the power!’ and I popped,” he recalled, referring to He-Man’s catchphrase. “I’ve had a couple of different guys. younger guys, it’s like, ‘I don’t get it? What do you what do you have the power of?’ Oh no. Google it, guys. It’s the information age. Just look it up.”

He’s trying on social media, really, and the rap video was part of that strategy to be a little more current and relevant.

I’ve been told I need to be more active on Twitter. Way to make the guy with the broken arm do more work. #twitterthumbsactivate #ihavethepowerrr #yourpalsal

One of Rinauro’s most notable runs in the NWA came alongside May Valentine (Mayra Dias Gomes). He barely knew her beyond saying hi before Corgan made them a storyline. “When Billy pulled me aside and said, ‘Hey, here’s where we’re going with this thing. I was like, okay, that’s fine,'” said Rinauro. “Now, May and I have shoot become best of friends. We write, text and talk to each other, almost every other day, just about life things and it just blows me away the life that she’s lived. [Much of that incredible life is detailed here.] Rinauro say her enthusiasm for pro wrestling, despite her relatively new arrival on the scene. “She’s such a quick learner and she’s so hungry to learn more. May is just awesome, and her life is just so incredible. One of the first people I told about the rap video was May, and she’s like, ‘Oh yeah, that reminds me of a time I was hanging out with Snoop Dogg.'” 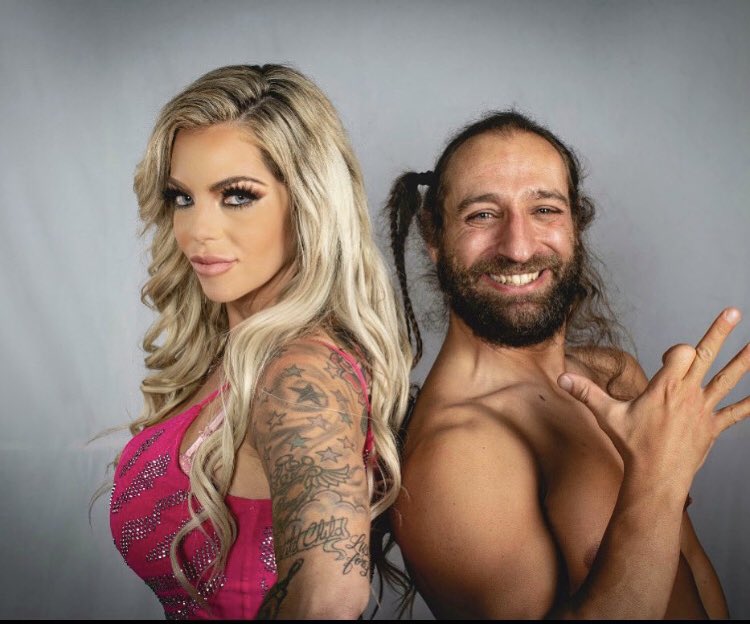 May Valentine and Sal Rinauro.

To say that Rinauro is pretty excited about the NWA 73rd show would be an understatement.

“Twelve human beings in existence of carbon life form have walked on the moon. Wrestling at the Chase is like walking on the moon for me. I didn’t ever think this was ever anything that I could even do. This is unfathomable,” he raved. “So to get the chance to step foot in the ring at the Chase, where the Flairs and the Harleys and the Dustys and the DiBiases and the Brodys and the Dick the Bruisers and Murdochs and the Von Erichs were all these legendary names step foot? I’ve never been more prepared for an event in my life.”

Rinauro has read Wrestling at the Chase: The Inside Story of Sam Muchnick and the Legends of Professional Wrestling by Larry Matysik twice. “I’m just a big book guy. I’m a big history buff.” he said. “As a kid one year for Christmas, I got to backorder a bunch of Pro Wrestling Illustrated from the late ’70s and early ’80s. That was the coolest thing I’ve ever gotten in my life. Like, Oh my God, I can read about this stuff from before I was a person. And so as the influx of wrestling books came out, the more I just consumed. Wrestling has always been my passion so for me to get the chance to wrestle in this building that I read about for years, I cannot believe it. But yes, that book is fantastic.” 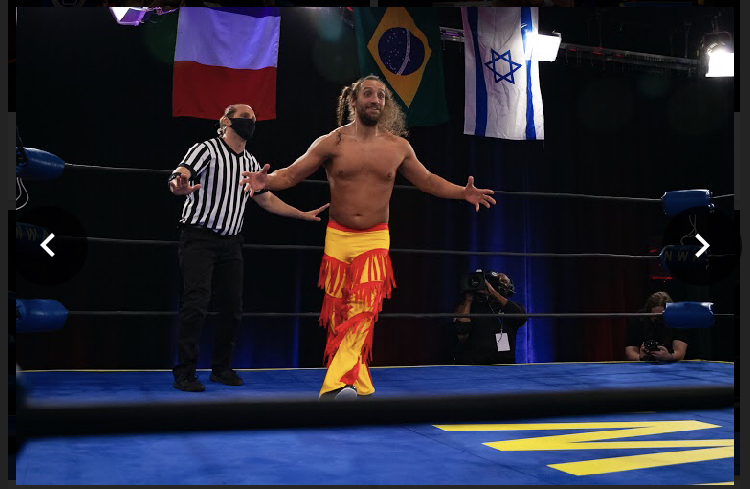 He is more than ready for whatever the weekend brings, from getting a selfie with the “Burke” — the NWA Women’s title belt that Corgan just acquired from the family of legendary champion Mildred Burke — to his time in the battle royal.

“I know who I am and I know I’m not the biggest dog in the fight. And you know the old saying if you prepare for everything, nothing can surprise you,” concluded Rinauro. “So I’m assuming with us being in St. Louis, with us being in the Chase, there’s going to be a trick, someone’s got a surprise waiting somewhere. And I don’t know if it’s a person, I don’t know if it’s a thing coming out in the match. I don’t know but I like the element of surprise. So I’m ready. I’m as locked in on this thing as I possibly can be.”